In conversation with Saji Narayanan C.K., the president of the RSS-affiliate trade union BMS, which has opposed the Modi government's plan to disinvest from PSUs. 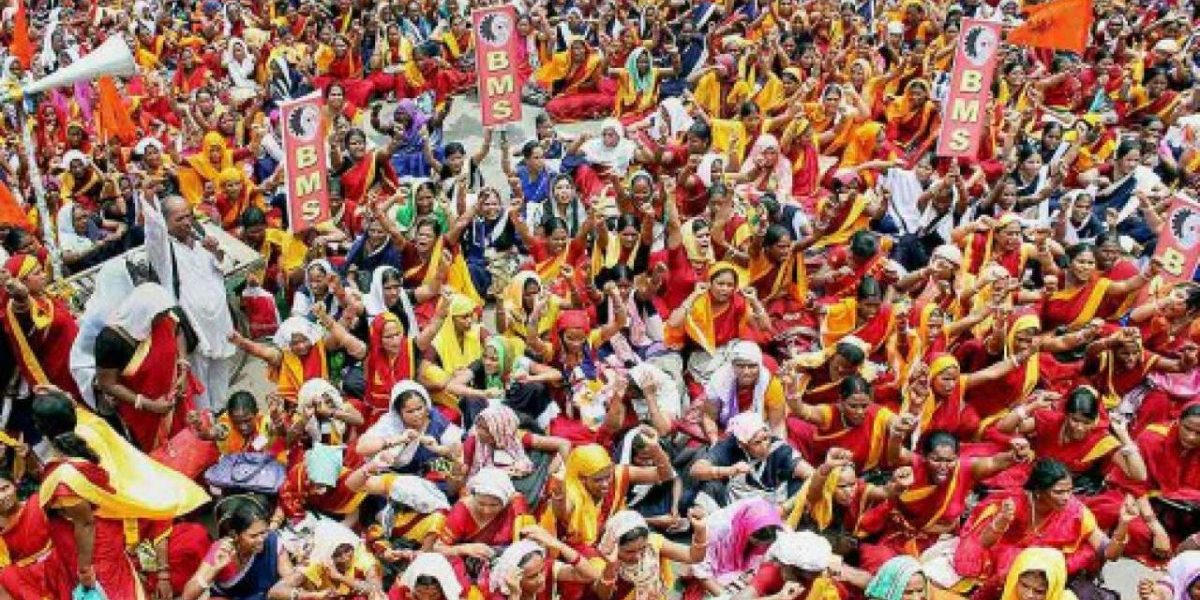 This interview has been lightly edited for clarity.

Many labour reforms have been planned for the second term of the Narendra Modi government. The other ten central trade unions have released a charter of demands. Does the BMS endorse it?

The consultation process for the labour code on wages has been completed and that has been sent to the parliament. There are some minor discrepancies to which we objected, still, the labour code on wages and social security are very historic and revolutionary. Through these, the last worker in the country will be benefited by minimum wages and 14 social security benefits.

In spite of some small differences, we agreed to the draft labour code on wages. It should be passed by the parliament at the earliest. We have objections on many provisions of the labour code on social security, so we have asked the government not to pass it.

You have often spoken about jobless growth. It is also amply clear from the NSSO data that there’s a problem of unemployment, enough jobs are not being created. There’s also confusion about the GDP numbers. Would you still endorse the Modi government’s claims of generating employment?

The government is sincerely trying to create jobs but it doesn’t make any difference because their efforts in creating jobs is not a viable way of employment generation. Employment generation should be focussed on labour-intensive sectors. For example, the largest job-generating sector is agriculture and it’s in a crisis. 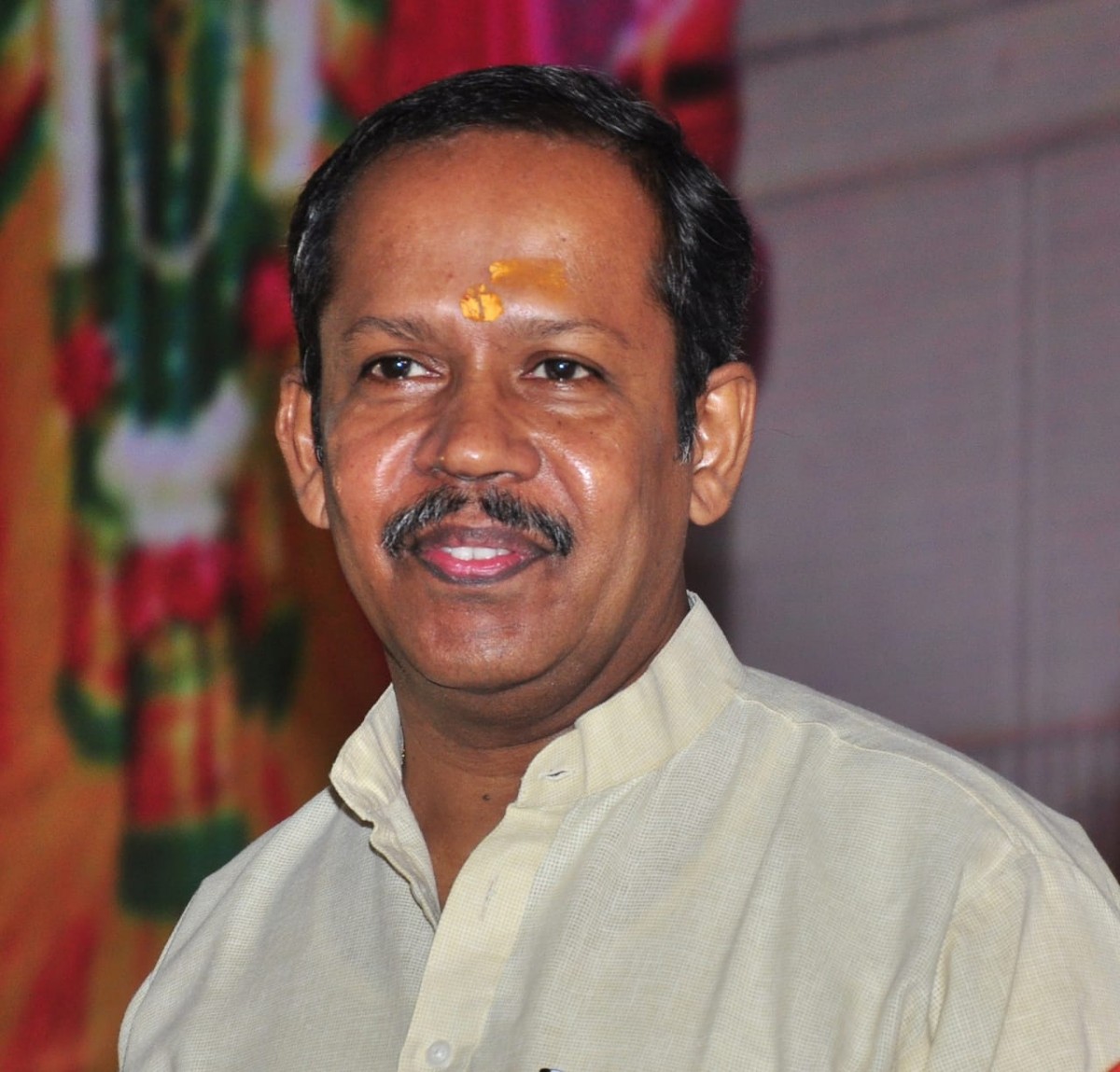 Do you think that policy decisions like demonetisation and GST hurt the MSME sector that generates most of the jobs in India?

Demonetisation and GST initially affected the economy but now they have already readjusted. So that doesn’t make much of a difference.

Why has the BMS disassociated itself with the other ten central trade unions?

BMS did not separate from them. They separated from us. BMS is the largest trade union. We had only one condition for joining all the trade unions – that party politics should not come in the way of the trade union movement. The moment it does, we are not with you. Whoever is in power, let us unite on the issue of labour. We should look at government policy in terms of their attitude towards labour. If they are against labour, we should oppose it and if they are for labour, then we have to appreciate it.

There’s also a view that the BMS, as part of the RSS, is close to the BJP government and might be prejudiced in its sympathy to the Modi government on even anti-worker issues.

No. Never. BMS is the only organisation that has protested against the slightest anti-worker moves. We have opposed such moves immediately. For example, this labour code – we are the only people who have objected. Then on the public sector – 92 PSUs have been listed for disinvestment.

That’s another question that I wanted to jump to.

There also, our public-sector unions have immediately come together. We have already started our agitation.

First, you decide, then you interpose. Go for privatisation or nationalisation accordingly. Before 1991, everybody was going for nationalisation. After 1991, everybody is for privatisation. The public and the private sectors have their own roles to play in India’s development. Nationalising the private sector or privatising the public sector cannot be a solution. Before that, there should be a discussion with all stakeholders, then only it should be announced.

What do you think of the view of the industry that the government has no business doing business? Do you agree with that?

There also the government has shown a double standard. For example, when the IL&FS issue came out, the government was thinking of assisting those people. That means the government’s policy is nationalising losses and privatising profits. This is the policy. Whichever is running on profits, they will go for privatisation, wherever there is the private industry making a loss, the government is taking over.

This is wrong and has been going on for the last 28 years. Since 1991, when globalisation started. When Kingfisher went into a loss, immediately Manmohan Singh said that we are going to take over. So, this is the wrong policy. They are playing with public money. Nationalisation and privatisation both are not medicines or an eternal cure. They should be done with caution; they should be done after discussion with all stakeholders. 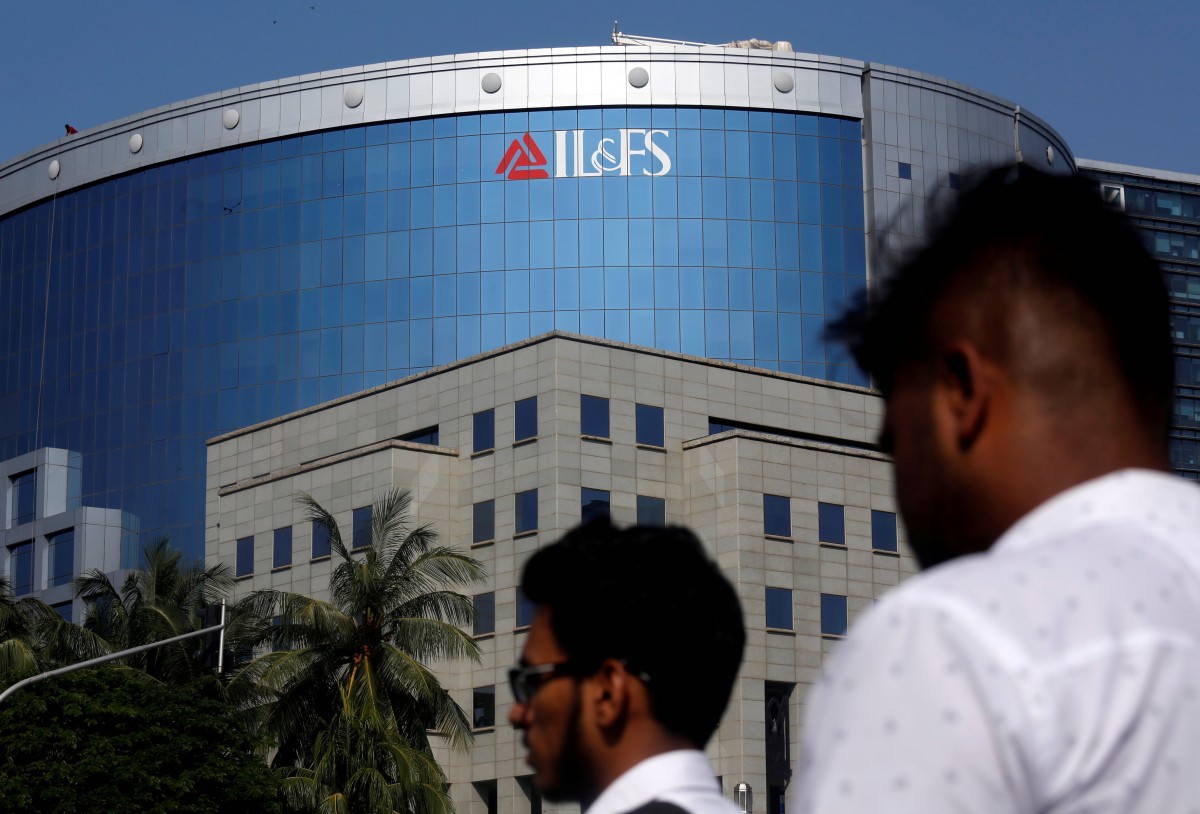 There’s also this argument that because of the stringent labour laws, many small enterprises are not able to scale up. The industry is demanding more flexibility. They say that they can’t let go of workers easily even if they are making losses. They can’t hire workers on short term even when there are temporary export-related demands. What is the way out from that?

The claim that you can’t retrench workers is false because those who employ less than 100 workers can easily do it if they have valid reasons. Labour laws need not be withdrawn for this purpose. Labour laws are important when there is a dispute between employers and employees regarding employment, wages or dismissal.

There should be a system for addressing grievances. If that is withdrawn, then you are going for general law. How else can they settle disputes? Can they settle scores on the streets? Withdrawal of labour laws is an uncivilised demand. In a civilised society, everything should be covered under the law, some guidelines or some rules.

What is your view on the falling female labour participation rate? What do you think is the reason that we are seeing a constant decline? Even in the NSSO data, the figure was shocking. Specifically, in the rural areas, there is a massive drop in the participation of rural women in the workforce. If you are opposed to steps like longer working hours, or night shifts for women, what do you think are the alternatives?

The condition of women workers is unfortunate in our country because of various reasons. One is that if they are living in villages, they have a greater role to play in the household. There’s also a lack of education. Even if there is a family to look after three or four children, there are other household duties.

Some of the reforms that economists and commentators, especially on the right, had been pushing included far-reaching labour reforms. Photo: Reuters/ File/Shailesh Andrade

That has always been there. Why is there such a steep decline now?

There should be awareness, that whatever workmen can do, most of them women can also do. For example, in construction, I have seen many areas where women are working as supervisors and masons, they are capable of doing it. But everywhere you will only see women as helpers. This system has to change. The mindset of employers and workers has to change.

Night work is a different thing. Many factories are situated in remote areas. When this Madras high court judgement giving equal status to night work for women came, I was in an industrial area which is in a remote region. After 7 pm, there is no bus also. So, immediately they put a notice board that now onwards all the women workers will work overnight. There was a lot of hue and cry, the women said they’d like to bring their husbands or some male members along. Not many industries provide ample safety and security to enable women working night shifts.

What do you think of the government’s push towards FDI and privatisation?

If we talk about how the future of work is evolving, we also see a lot of platform economy workers, like Uber and Ola drivers, food delivery workers etc. who lack social protection and job security. What needs to be done to protect these workers?

New forms of work are coming up everywhere. The employer may not even know their employees anymore. The nature of work is changing. Ultimately, the laws should protect the human being involved so that they get decent wages and have protection, social security etc. Trade unions have a role in this to ensure that these people are getting sufficient protection.

Also read: Why the Problems of Uber, Ola Drivers Are Far From Over

So, do you think there should be an increased intervention of the government in regulating these sectors?

But we have seen that this government is very keen on increasing ‘ease of doing business’, and in doing that they have introduced things like fixed-term employment (FTE) and FDI. How do you reconcile strong protection for workers with the focus on ease of doing business?

In ease of doing business, there are about 9-10 criteria and this concept has been adopted from the World Bank. The World Bank previously included labour also as a criterion. They saw labour actions as a hindrance, labour strikes etc. and finally the ILO intervened and said the human factor should not be considered as a hurdle. Unfortunately, even in India, labour also has been included in the ease of doing business. We have successfully talked to the labour ministry that it should be removed. We should not consider labour as a hindrance to industrial growth. 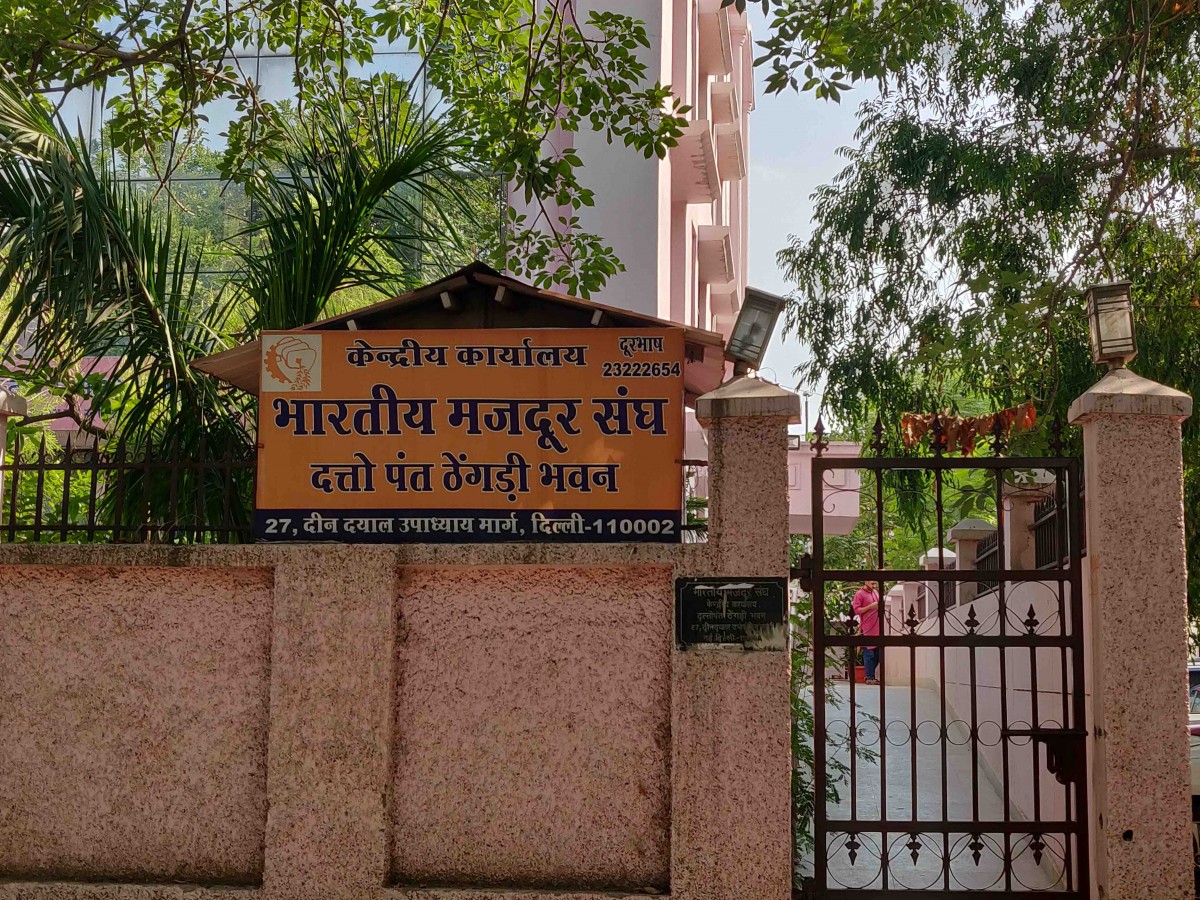 So, there’s quite a conflicting view between the BMS and the Modi government then?

Yes, but the plus point of the Modi government is that once they are convinced, they are immediately ready for change.

But it has taken more than five years to convince them. Even on the labour codes.

We had a lot of problems in the initial three years, but it has been better in the last two years. Since independence, this government has given the maximum for labour. Only during Ambedkar’s period did anyone do so much for labour laws. You have to understand that for the first time during the last 28 years, a policy document has been released (NITI Aayog’s ‘New India at 75’) where they have said that labour welfare should be at the centre of labour law reforms. All the previous documents prepared by Ahluwalia or other experts had ‘hire and fire’ at the centre of these things. So, this is substantial.

But hire and fire is there even in the labour codes. While the earlier limit to retrench workers without permission from the government was 100 workers, now they are trying to push it to 300 workers.

No, those things are all gone. It was there in the draft, but we have talked to the government and they have agreed.

But they haven’t officially announced it yet.

We have already rejected all those anti-worker portions in the previous drafts. In the first three years, there were a lot of conflicting things but the last two years have been excellent. The government has understood what labour means. Labour welfare has now become the centre of labour law.

BMS has been fighting for scheme workers. Our demand is that they should be made government employees. They should have that status.

Thank you, sir, pleasure talking to you.