India's Labour Laws Are Being Amended for Companies, Not Workers

In the name of simplifying laws, the BJP government is trying to attack all workers in the country. 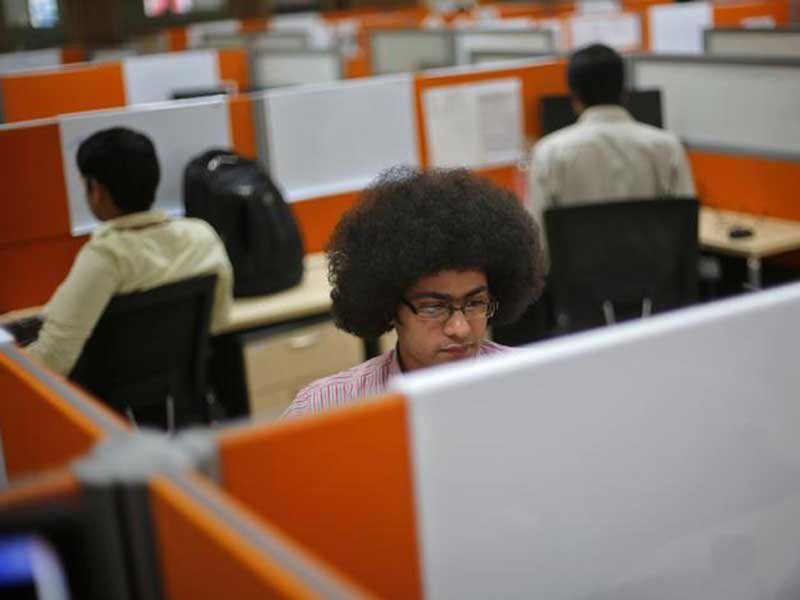 The BJP government's own description of the Bills is evidence enough that it favours employers. Image: Reuters/Adnan Abidi/Files

The Statement of Objects and Reasons of the two Bills relies on the recommendations submitted by the 2nd National Commission of Labour in 2002. These were rejected by all trade unions and not implemented. The language of government gives the impression that it is statutorily bound by these recommendations and worse so, claims that the Bills have emerged through a tripartite process!

The BJP government’s own description of the Bills is evidence enough that it favours employers. The Bills convey the BJP’s understanding that “facilitation for ease of compliance of labour laws will promote setting up of more enterprises; this catalysing the creation of employment opportunities”. Over the last five years as the country rose on the global index of ‘ease of doing business’, unemployment rose to highest level in 45 years.

The Bills presuppose that the “use of technology in its (the laws’) enforcement” will reduce violations. In reality, the Bills use of technology is only to transform the entire system of labour inspection. No longer to be based on checks and complaints, instead workplaces will be inspected based on ‘random’ computerised selections with some even inspected online or over the phone. Employers can also be informed beforehand.

In addition, employers are no longer bound by law to cooperate with inspectors. The newly designated ‘Inspectors-cum-Facilitators’, under the Bill, are meant to assist employers in ‘complying’ with the law and can even forgive them for violations. Except ‘technology’, there is actually nothing in the law to ensure better compliance and implementation.

The failure to implement labour law over the last 25 years has been the most significant route through which workers’ rights have been undermined. All trade unions have long been demanding that non-payment of minimum wages and such other violations of basic rights be made cognisable offences. Rather than responding to this, the Bills actually remove deterrents including the attachment of property in cases on non-compliance.

The stated effort in advancing the Labour Codes is to ‘simplify and rationalise’ the law with the objective of removing the ‘multiplicity of definitions and authorities’. Both codes fall well short of this claim – in fact now there is a definition of employee and worker that run into each other and the creation of an additional authority – the Appellate Authority – between the conciliation process and the courts. Workers as a result will have to only wait longer for justice.

Both Bills also clearly define the responsibility of the labour contractor as final. This is an important departure which takes away the key responsibility of the principal employer for payment of wages and other benefits including bonus; as also the criminal liability for workplace accidents and deaths. The introduction of combined labour contract licences for all tasks in an establishment removes the possibility of identifying from the contract licence, a perennial task from a non-perennial task. It takes away the core principle of the Contract Labour Act and will provide employers a legal cover to hire contract workers in perennial and core tasks.

Also read: Why Aggregate Employment in India Is Shrinking

Our tax and commercial laws clearly define how the profit of an enterprise are of great concern to the BJP government. The same concern does not apply to workers. Hence there is one law for the rich and for big companies and another for ordinary citizens. In a violation of Article 14 of the constitution – the fundamental right to equality under law – the BJP government is seeking to grant the executive the power to define how a company’s profits are to be computed. This will affect every worker in the country not only in terms of bonus payments but also, at the lowest end, in minimum wages as employers will make claims on the ability to pay owing to low profitability.

Less than two weeks ago, the government gave us a fine display of the arbitrariness of the executive when it announced a Rs 2 increase in the National Floor-level Minimum Wage from Rs 176 to Rs 178 per day. Without doubt it was done to assuage employers that the Modi government was seeking to push through laws that were in the interest of employers and no one else. What it also did, for all to see, is convey that the government does not believe it owes anyone an explanation as to how it arrived at a 1.13% increase in the minimum wage from one year to the next. It must be their ‘technology’ that did it.

This effort to legislate the Labour Codes comes at the end of five years during which the BJP government disrupted the tripartite system and virtually disbanded the Indian Labour Conference. Addressing BJP MPs for the first time after the general election, Prime Minister Narendra Modi said that the task of government must now be to help ‘ease of living’. A Rs 2 increase in the daily wage of a family of four will certainly ease the living of the few over the many.

Going by tenor of labour minister Santosh Gangwar in the Lok Sabha on Tuesday, it is clear that the government is determined to push this legislation through within the next few days without reference to parliament’s Standing Committee for Labour. This may well happen.

Our task however remains to resist this attack and advance the working class struggle in all ways that are possible. And this we will do.