How Much Do We Really Know About the Migrants Who Shuttle Between Bharat and India?

A recent survey conducted becomes invaluable in terms of data on the socio-economic backgrounds of seasonal and short-term migrants. 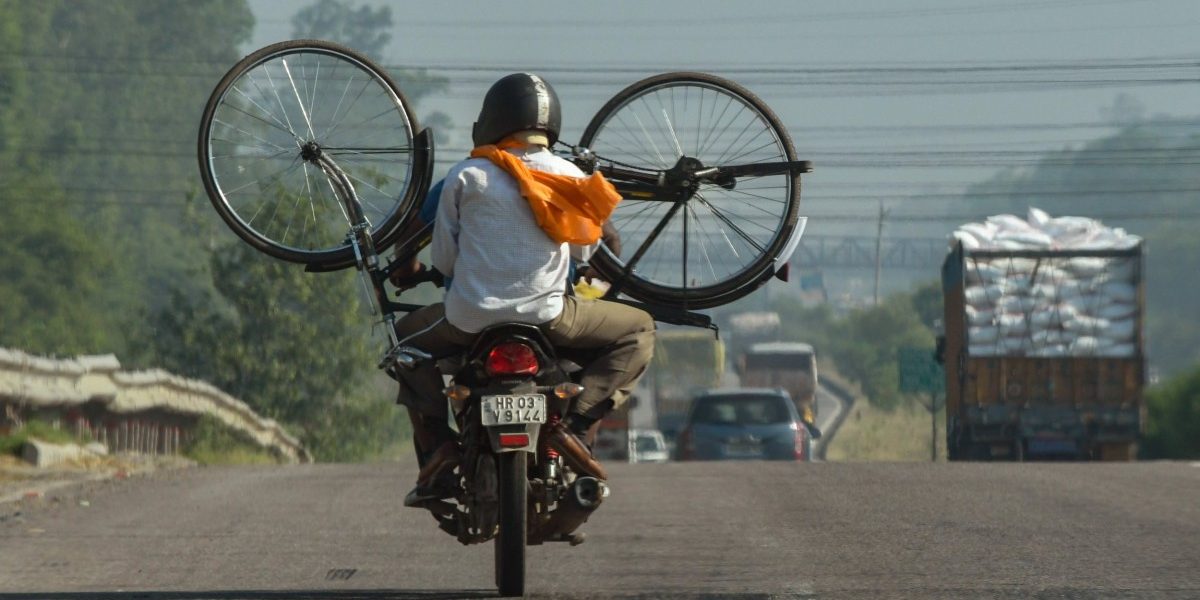 The lack of a comprehensive database on India’s migrants has been one of the foremost hurdles preventing the Indian government from providing direct cash transfers to them. The most that the government has been able to say about migrants is their aggregate number.

Indeed, one of the biggest non-medical tragedies of the COVID-19 crisis has been the misery of migrants in India – neglected by their own state, one which prides itself on being the largest democracy in the world and endowed with the largest demographic dividend currently. Thought-provoking pictures of bare-footed, battered human beings – who renowned activist Nikhil Dey accuses our collective conscience as not seeing as human at all – calls for an analysis of who they are and what they do.

The most recent census does provide data on migrants for analytical purposes which – while dated – can still be useful to get a sense of migration as a whole.

Out of a total of 7.82 crore rural-urban migrants (Figure 1 below), work or employment is the reason why the fourth highest proportion of migrants move to urban areas (the highest proportions move due to marriage, majority of which are women, or with household, or after birth). 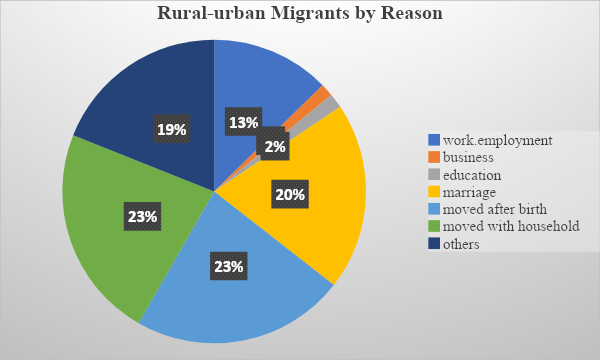 Out of these “working” migrants, only a small proportion are high-skilled in terms of formal education, with 2% having a graduate diploma, 9% having a non-technical graduate or higher degree and another 2% having a technical or postgraduate degree (Figure 2). Since this hardly captures the distress of migrants that has been much too visible lately, one is led to look into short-term or seasonal migration because it is, ipso facto, likely to involve the economically worse off.

Figure 3 disaggregates a total of approximately 36 lakh short-term migrants by economic activity. Out of these, approximately 11.31 lakh, that is, 31.5% are main workers (those who have worked for more than 6 months), 6.19% are marginal workers (those who have worked for less than 6 months) and 6% are non-workers (have not worked at all during the last 1 year) who are seeking work (calculated from figure 3 which shows these in numbers ). Duration of residence is a problematic way of capturing short-term migration as it includes those who may have moved recently, but are not short-term migrants.

Furthermore, this data is opaque in terms of their socioeconomic backgrounds, which is of considerable concern during the current migrant crisis, triggered by an ill-planned lockdown.
This is where the India Human Development Survey (IHDS), a nationally representative survey, conducted by the University of Maryland and the National Council of Applied
Economic Research, becomes invaluable. Keeping in mind that seasonal migration is a rural phenomenon, the focus here is mainly on rural-urban migrants (although statistics on rural-rural migrants are also reported).

Out of an estimated 1.32 crore rural-urban seasonal migrants, the primary income source of a whooping 42.13% is non-agricultural labour. The second highest proportion of 22.5% is formed by
those whose primary occupation is cultivation and the third highest of 18.9%, is formed by hose whose primary income source is allied agricultural activities. The next highest, which is only 3.8%, is formed by the salaried. Of about 78 lakh rural-rural migrants, 31.9% are non- agricultural labour, 21.9% are cultivators and 29.5% are in allied agricultural activities, a much higher proportion than rural-urban migration, but intuitively reasonable as well.

When it comes to the nature of job taken up, almost all of the rural-urban migrants, that is, 89.95% take up casual daily work and the second highest proportion of only 4.68% take up regular work. For rural-rural migrants, with 87.5% take up causal daily work, and the second highest proportion is formed, not by regular work, but by casual piece work. In case of rural-
urban migrants, 67.77% are offered work by a private employer (so, unlikely to have any form of social security), 21.5% by a private firm (likely to be relatively better-off economically), and 8.7% for MGNREGA work. The numbers are similar in case of rural-rural migrants. The frequency of payment of a majority of rural-urban migrants is daily, with a mean wage of a meagre Rs 139 daily (Rs 137.7 for rural-rural).

The mean of the highest number of years of schooling attained by anyone in the household to which the migrant belongs, is 6 in case of rural-urban and 5 in case of rural-rural migrants,
which are abysmally low.

As far as social groups is concerned the ‘Other Backward Castes’ comprise 36.94% of rural- urban seasonal migrants, Dalits comprise 30.57%, Adivasis comprise 12.63% and Muslims comprise 11.03%. The forward caste comprises only 5.5% and Brahmins only 2.8%. A huge majority, 79% of rural-urban migrants migrate alone and 76% of daily wager migrants do so alone. This indicates that these must be males, given cultural norms and other constraints, as is confirmed by the fact that only about 7% of short-term migrants are female.

If one looks at the states from which rural-urban migrants come, it is Bihar and Uttar Pradesh which comprise the highest proportions, at 17.88% and 16.88% respectively, followed by West Bengal and Madhya Pradesh. The above confirms that the brunt of the burden of crises such as the current one, falls disproportionately on the socioeconomically disadvantaged. It further indicates that the decision of the latter to migrate is more of a push than a pull. Unproductive or insufficient land forces distress migration, as according to the survey, 80% of rural-urban migrants report doing some farm work. The low wage rates that they receive as shown above, indicate that they are not absorbed easily into non-agricultural jobs.

The process of structural transformation has anyway slowed since post-2012 4 and is a larger problem affecting all migrants, not just distressed or short-term. The grim picture of the lockdown-induced misery of migrants is only a symptom of the larger underlying systemic problems associated with structural transformation, which have been neglected for too long. Mismanagement of the central and state governments and the apathy of the judiciary are culpable for the current crisis.

But it is decades of exclusionary economic policies and a longstanding lack of political will, that have engendered the hitherto muted larger migrant crisis.

Malvika Tyagi is an economist.