In Narol, the Lives of Migrant Garment Workers Hang By a Thread

Women workers, mainly from UP, Bihar, Rajasthan and Maharashtra, face constant pressure and have hardly any legal rights or entitlements in Ahmedabad’s garment Industry. Women workers employed in the high-heat boiler units are neither provided nor trained in using safety gears or devices. Credit: Kapil Singh Dhami 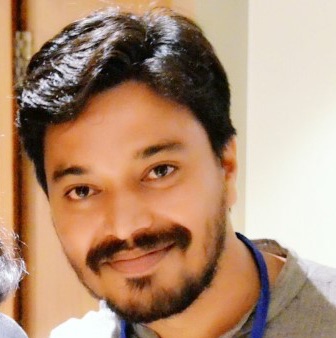 Narol, situated on the outskirts of Ahmedabad is a very large industrial hub that manufactures readymade garments, especially jeans, readymade shirt, pants and T-shirts, sold widely in domestic markets as well as abroad. It attracts workers not just from the city and its rural hinterland, but from across India, especially from Uttar Pradesh, Bihar, Rajasthan and Maharashtra. Just like their counterparts in Bangalore, as revealed in the study conducted by ICN in collaboration with the Garment Labour Union, workers here too earn meagre salaries and work in precarious conditions, with little respite to the chronic poverty that their families face back home.

As a result of the structural adjustment programmes initiated by World Bank and International Monetary Fund in the 1990s, many major western clothing chains shifted their production to developing countries, such as Bangladesh, Pakistan and India primarily because of lower labour cost. During this period, Narol emerged as a major garments hub in India along with centres like Tiruppur in Tamil Nadu, Delhi and Bangalore. After liberalisation, major western clothing chains have shifted production to the countries like China, Bangladesh and India primarily because of lower labour costs. Credit: Hemlata Mehriya

The shift from mainly male workers to an increasing proportion of lower paid female workers in the garment workforce has been one of the major ways in which industrialists have been able to keep their labour costs down. Data show that in the past five years, the number of women employees has increased by 15% in the textile industry and the rate is double in Gujarat. Around 3.5 crore workers are employed in the Indian textile industry of which nearly two crore are women (Confederation of Indian Textile Industry, 2016).

“If you know how to stitch cloth then you will easily find work in a garment factory, but surviving here is not easy, as they squeeze you like they squeeze the clothes” says Lakkuben, a garment worker. The workers are given impossible targets each day, of stitching about 400-500 pieces, which is estimated to be three-to-four times what is humanly possible. As a result, they work at a frantic pace, often forgoing meal breaks or using the toilet. Yet, they constantly fall behind the target, which gives the management an excuse to penalise or fire them. Overtime work in the industry tends to be compulsory both for regular and contract workers; if there is a large order with tight deadline, everybody is forced to work overtime without any incentives or wages, coerced by threat of termination for refusal.

In their constant drive to increase profits,  big multinational clothing chains have in recent years set up production houses in Narol. As a result of increased competition, garment unit owners have been imposing even more exploitative conditions on their workers.

Every factory in Narol has a boiler which is critical for the functioning of the machines. The boiler consists of a furnace in which coal or wood is burnt to produce steam, which then powers all the machines. “We are not allowed to leave the premises unescorted, visits from family are not encouraged and there have been numerous unregistered complaints of sexual harassment in the confines of these units” says Sushilaben, an adivasi worker employed in a boiler. 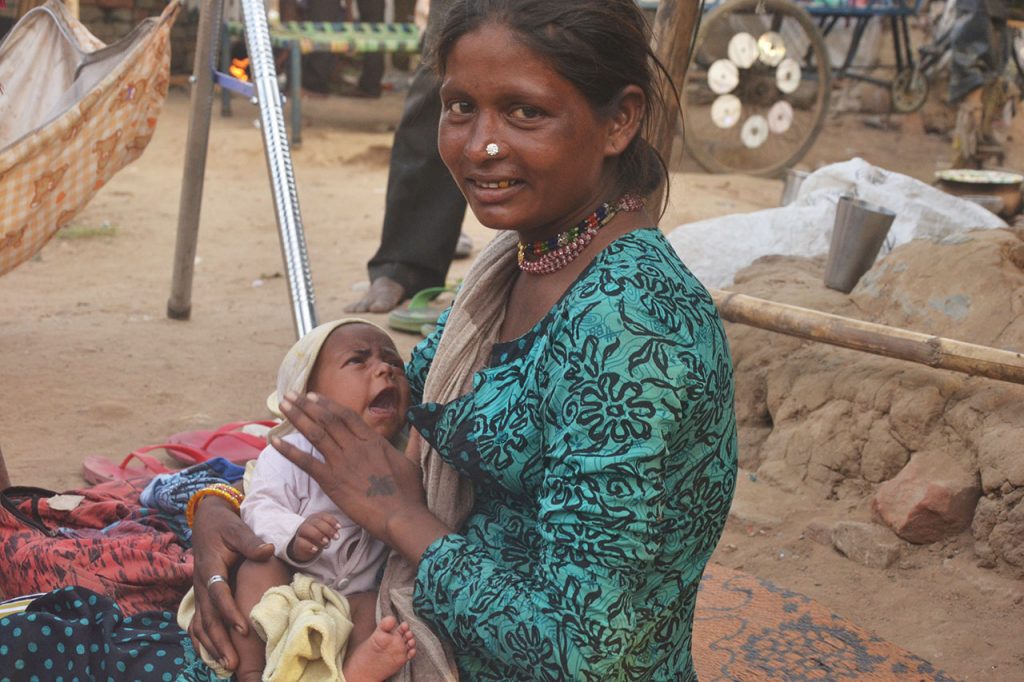 A woman worker attends to her child while on duty. Credit: Anoop Sathyan

Sushilaben’s  life is completely restricted to the factory’s premises 24 X 7. She lives in a make-shift home right outside the boiler. “We are grateful to god for gifting us nights, otherwise how else could we have taken the much needed rest” she says. Her powerful words convey the kind of hard work she does day and night, carrying heavy coal or wood dust up to 40 kg in a ‘tagara’ to fill the boiler that runs all the machines.  She is neither provided nor trained in using safety gears or devices. During the intense Ahmedabad summers,  these workers are forced to work at the boiler unit, which emits extra heat making this form of work more difficult.

“I spent 12 years of my life working and living inside this factory, still I am not in the payroll of this factory nor am I identified as a worker” says Kamilaben, an Adivasi. She started work at the wage rate of Rs 180. Now she gets Rs 270 as daily wage. During the last 12 years, her wage has increased by only Rs 90. She and her husband do the same work but her husband is paid more.

“Our shift keeps changing every week and night shifts are scary as we feel extremely unsafe in the factory. We have to take our kids along while we go for work and we keep them in a cradle made of cloth, close to the chimney of the boiler where we work”, says Kamilaben. Her testimony speaks volumes about the kind of physical risk and health hazards these workers and their children face in these factories.

“The factory owners prefer to hire younger women and a woman is never assessed based on her work. Her retention depends on her looks and to what extent she doesn’t speak up against the exploitation” says Vanaben, who works as a helper in a garment stitching unit.

Most women who work in these congested and closed spaces of these stitching units, face not only health hazards but also a constant threat of sexual harassment and exploitation, all in the name of protecting their sole source of livelihood .

This is the grim state of affairs of women workers employed in Narol’s garment industry, whose hard work and contribution to the economy and society at large is  invisible and under-valued, while the clothes these women stitch are flaunted by big multinational in their world of glitz and glamour. In the process of  providing cheap labour to the garment industry, these women workers are bearing disproportionately long-term costs in terms of their health, security, well-being and basic human dignity, while the industry reaps higher and higher profits.