Thousands of workers, mostly migrants, have been going hungry because of what they call "environmental injustice."

The situation in Wazirpur is indicative of the plight of unorganised workers across Delhi. Credit: Amit Kumar

New Delhi: Outside a small room in Wazirpur industrial area, Kameshwar Paswan, dressed in a white vest and red ‘gamcha’ is on the phone. His face is tense as he listens. “Don’t worry, I’ll arrange for it soon,” he says, and hangs up. He had stepped out to take a call from his son in Ara, Bihar. “He needs to buy exam forms and books to prepare for competition [government exams],” he says.

Paswan, a father of five, works at a steel melting furnace in the area. He is one of the thousands of workers staring at a loss of livelihood because of factories being ‘sealed’ as a measure to curb air pollution.

Informal workers in such factories across Delhi earn anywhere between Rs. 7,000 – 10,000 every month, much below minimum wages and barely enough to manage household expenses. Now, they are in danger of losing even these meagre earnings.

After the 2016 National Green Tribunal (NGT) order to shut down industrial units in ‘non-conforming’ areas i.e. not in industrial areas earmarked for that purpose, the Delhi State Industrial and Infrastructure Development Corporation (DSIIDC) recently identified 51,837 units that need to be closed or relocated.

As Delhi’s air quality worsened, several factories were sealed across the city in the last three weeks. Over 90 were sealed just in Wazirpur, adversely affecting the city’s poorest workers. The situation in Wazirpur is indicative of the plight of unorganised workers across Delhi. A 2014 study of pollution ‘hotspots’ in Delhi by the NGO Toxic Link, had identified Wazirpur as one of the ‘dirtiest’ in the city.

Most of the over 2,500 factories here are engaged in steel melting, pickling (using a solution of concentrated acids to remove stain, rust and other impurities from metal surfaces), polishing and moulding to manufacture utensils. The acid fumes from pickling and dumping of used acid solution without proper treatment causes air and water pollution.

Sealing of these factories, that employ anywhere between 10-200 workers, is the latest in a series of pollution-curbing measures that have caused loss of livelihood for vulnerable workers as no alternative employment has been provided to them.

As The Wire reported earlier, closure of the Badarpur Thermal Power Station (BTPS) and a ban on all construction work during Diwali left thousands of workers out of work.

Most migrant workers live in slums around industrial areas where the air quality index is often ‘severe’ during winters. Working in polluting factories or construction sites, they are directly exposed to pollutants and often develop respiratory ailments.

“We suffer the most from pollution and appreciate the government’s initiatives to curb it, but not at this cost. What choice do we have – should we starve?” asks Bikarma, who works at a pickling unit in Wazirpur.

There’s a lack of alternative avenues of employment when construction work is stopped or factories sealed. The All India Central Council of Trade Unions (AICCTU), while welcoming pollution control measures, accuses the authorities of lacking empathy and ignoring the vulnerable working class.

“Environmental injustice continues to prevail in urban decision-making processes and policies,” Sociologist Amita Baviskar tells The Wire. Baviskar had earlier termed such measures to protects workers’ health without providing alternate employment “exchanging one form of vulnerability with another”.

A series of judgements since the 1990s have ordered the closure or relocation of small-scale or hazardous factories out of the metropolitan region to the periphery of the larger National Capital Region (NCR). This has been done in accordance with the Master Plan for Delhi, a document that provides planning guideline and policy architecture to make Delhi a ‘world-class city’.

Factories were sealed in the late 1990s and early 2000s as well. Migrant workers who have been in Delhi for a couple of decades say they keep hearing of sealing drives, and some factories were indeed shut down from time to time, but they always cropped up again. However, with worsening pollution and a renewed push towards modernisation and making smart cities, they are now sceptical.

“Hum to nali ka keeda hain inke liye (we are gutter worms to them),” Suresh Paswan, another migrant worker from Bihar, tells The Wire. Many workers feel they are being relegated to the margins of the city because they don’t fit in the ‘modern’ image of Delhi.

Many activists and union leaders allege that the urban poor of the city is being pushed out without much concern for their livelihood. A 2004 article by the policy think tank Carnegie Council for Ethics in International Affairs, quotes one of Supreme Court’s orders on the same to argue that, “The ruling appeared to be as much about depopulating the city (of its urban poor) as it was about improving air and water quality.” The court had noted:

“The city has become a vast and unmanageable conglomeration of commercial, industrial, unauthorised colonies, resettlement colonies and unplanned housing. There is total lack of open spaces and green areas. Once a beautiful city, Delhi now presents a chaotic picture. The only way to relieve the capital city from the huge additional burden and pressures, is to deconcentrate the population, industries and economic activities in the city and relocate the same in various priority towns in the NCR.”

Lack of clarity in workers regarding the act feeds into this confusion. Workers say the factory owners never meet them directly and function through intermediary agents. They weren’t informed about the court order or the status of implementation. They still report to the factory every day to mark attendance but have no information about the number and types of factories being shut down and if they would lose their jobs and need to look for alternatives.

Most workers are not even aware of the minimum wages for Delhi or schemes like ESI and PF which they are legally entitled to. They are paid twice a month in cash and are not offered any social security or incentives.

Most of these ‘sealed’ factories are still operating illegally. “The factory owners have people in the labour commissioner’s office who inform them whenever an inspection is to be done and we are sent home or have to hide so that they don’t get caught,” Bikarma says, hinting at corruption and collusion between the factory owners and the administration. 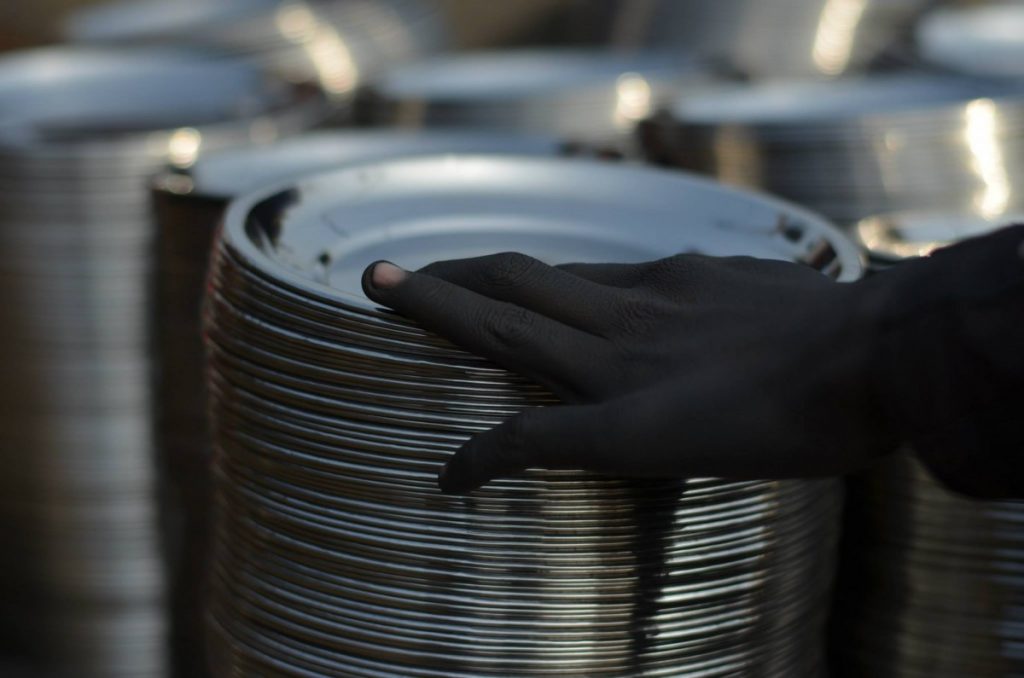 A 2014 study of pollution ‘hotspots’ in Delhi by the NGO Toxic Link, had identified Wazirpur as one of the ‘dirtiest’ in the city. Credit: Amit Kumar

This has led the workers to believe that the sealing drive is a sham and they’ll return to full-time work soon. They say they have no other option than to suffer the loss of wages temporarily and wait it out. The Wire tried to reach out to the owners and speak to representatives of the Wazirpur Industrial Association but didn’t get any response.

“The poorest and most vulnerable workers are paying the cost of such reckless and hasty measures. A comprehensive survey must be conducted by the government in consultation with central trade unions before taking decisions that affect life and livelihood of workers,” Abhishek Kumar, general secretary of AICCTU’s Delhi unit, told The Wire.

Echoing this sentiment, Amita Baviskar adds, “Workers have always been buffeted by the cross-winds of anti-air pollution action in Delhi. In the 1990s, they were the primary victims of the ill-judged Supreme Court orders to shut down factories when private vehicles were the chief cause of air pollution. Today, daily wage-earners are again out of jobs because of measures like banning construction which fails to address the long-term and deep-rooted causes of pollution.”

A questionnaire was mailed to the Central Pollution Control Board, National Green Tribunal, Office of Delhi’s labour minister Gopal Rai and the Delhi State Industrial and Infrastructure Development Corporation Ltd. The Wire hasn’t received any response at the time of publishing this story.