How Many Migrant Workers Left Cities During the COVID-19 Lockdown?

A PLF survey bears out the pain of mass migration for millions of Indian labourers. 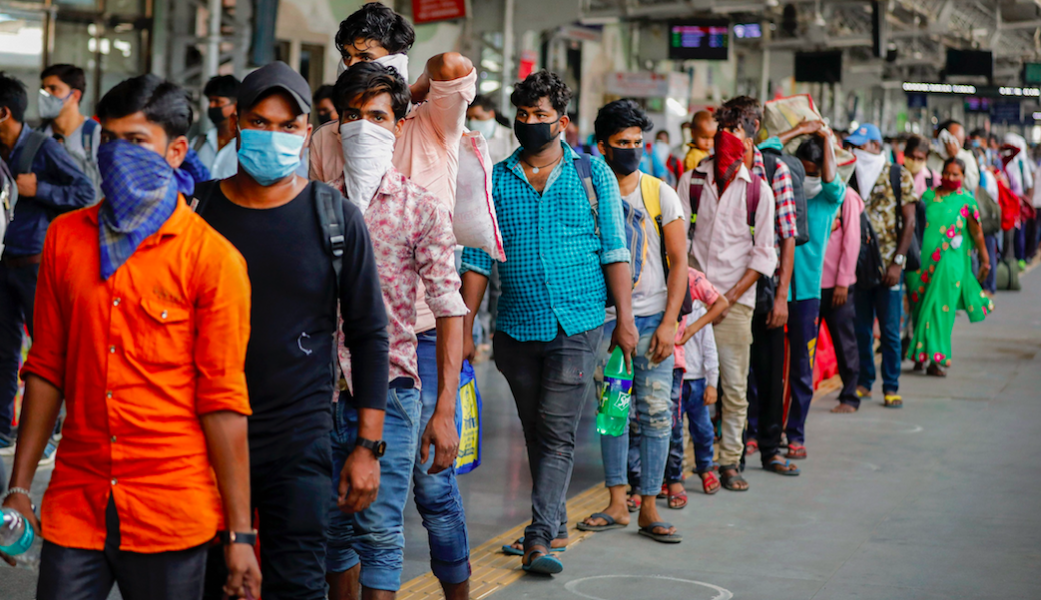 Representative image of migrant labourers returning to Ahmedabad during the pandemic. Photo: PTI

New Delhi: The first lockdown imposed by the Narendra Modi government became a trigger for large-scale mass-migration. Now, data released by the Periodic Labour Force Survey under the aegis of the National Statistical Office provides evidence for the same.

In a report titled, “Migration in India 2020-21” the survey gives an account of the state of migration and migrants during the period of July 2020 to July 2021. The report, which surveyed a total of 1,13,998 migrants, shows that 51.6% of rural migrants migrated from urban areas in the aftermath of the pandemic.

This figure substantiates the unprecedented unemployment crisis that rankled the Indian labour ecosystem in the months following the first lockdown.

The absence of official data on unemployment immediately following the lockdown blurred the true spectre and gravity of the unemployment crisis, however, data from credible private organisations like CMIE helped bridge the gap. As per CMIE data, a total of 122 million rural as well as urban jobs were lost in the month of April 2020. The job loss data corresponds with the GDP data as recorded in the first quarter of FY21 which indicates that secondary and tertiary industrial activities, operating mostly out of urban areas, crashed while agriculture kept on growing at a strong clip.

Not surprisingly, out of the total number of urban migrants that migrated after the lockdown, only 11% are women, mirroring a larger trend in the Indian society where it is mostly men who leave their hometowns in search of jobs in urban areas. 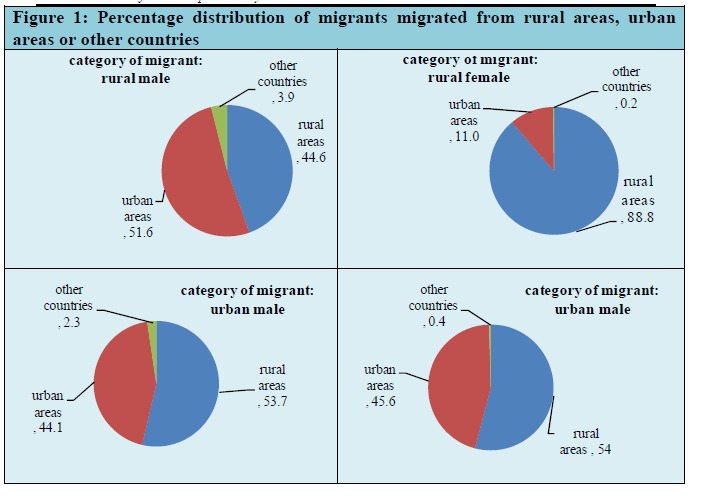 Shedding more light on the unemployment crisis in the backwash of the first lockdown is an economic research work penned by Arup Mitra and Jitender Singh, published on the web portal Ideas For India. The research work chalks out an estimate of the labour force, workforce, and unemployed for the quarters January-March 2020 and April-June 2020 for the age group 15 years and above.

Research work by Mitra and Singh estimates that about 182 million people were either looking for jobs or had a job in the quarter just before the lockdown and about 7 million withdrew from the labour force during the lockdown period.

The pain point in this job loss was all the more pronounced for women, who even before the imposition of the lockdown numbered about 40 million in the labour force, a small fraction of the total of 140 million men employed.

Since the lockdown, the loss of jobs for women was as high as 4 million compared to men which were at 3 million.

Also read: As Tales of Migration Misery Continue, Biharis Now Accept That as Their Destiny

“The estimates suggest that during April-June 2020, the number of employed persons declined by about 26 million in the urban sector relative to the preceding quarter; about 7 million – predominantly women – withdrew from the workforce, and the number of unemployed persons increased by about 20 million. When examined by employment status, the worst affected were casual workers. In terms of industry groups, the secondary and tertiary sectors took a big hit, while agriculture remained largely resilient. This is because the lockdown had a strong region-centric impact, affecting urban more than rural regions.”

These findings are consistent with the argument that The Wire has been raising for long, namely, that Modinomics has consistently eroded the might of the unorganised sector in India with the demonetisation gambit and a ham-handed application of GST which was topped off by a reckless imposition of the first lockdown.

The lockdown culminated in a never-seen-before reverse migration of labourers and employment from factories to farms, a trend that is clearly reflected in the share of employment in agriculture rising from 42.5% in FY19 to 45.6% in FY20. Within its ambit, the 3 percentage point spike-up accounts for close to 12-13 million workers moving from working in factories to low-wage agricultural jobs.