‘Heat Stress’ to Cost an Equivalent of 80 Million Jobs, India to Be Worst Hit: ILO

Projections based on a global temperature rise of 1.5°C estimate a loss of 2.2% of total working hours worldwide by 2030. 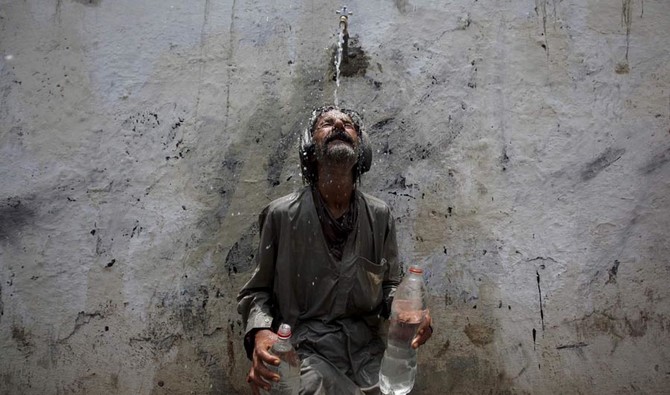 Heat waves can be dangerous because they can kill large numbers of people through heat stress, which may lead to heat stroke, heat exhaustion, and heat rashes or cramps. Photo: Reuters

Heat stress is defined as heat in excess of what the body can tolerate without suffering physiological impairment. It generally occurs at temperatures above 35°C, in high humidity.

In a report called “Working on a warmer planet: The impact of heat stress on labour productivity and decent work,” the ILO projects global productivity losses equivalent to 80 million full-time jobs (2.2% of total working hours worldwide) in the year 2030. The projection is based on a global temperature rise of 1.5°C.

The impact will be unequally distributed across the globe, with southern Asia and western Africa losing the most working hours. The poorest will be worst hit, reinforcing existing economic disadvantages. Agriculture and construction work are expected to suffer the most.

The agricultural sector, which employs 940 million workers globally, is projected to account for 60% of the total working hours lost due to heat stress by 2030 while the construction sector will account for 19%. Heat stress will also impact the 66 million textile workers around the world, many of whom have to work inside factories and workshops without air conditioning. These sectors also employ a large number of informal workers who lack access to healthcare and other social protection in cases of accident or injury, including those caused by heat stress.

Millions of people employed in brick kilns across India are expected to suffer as they work in high temperatures and radiant heat levels, with lack of on-site cooling facilities. The harsh conditions, intense physical labour and very short breaks during work make them particularly vulnerable.

Southern India, along with sub-Saharan Africa, northern Australia and South-East Asia is expected to experience the greatest increases in heat stress in populated areas.

Heat stress is also expected to be a push factor for migration as people will migrate to cities from rural areas in search of better prospects and decent jobs.

“The impact of heat stress on labour productivity is a serious consequence of climate change, which adds to other adverse impacts such as changing rain patterns, raising sea levels and loss of biodiversity,” said Catherine Saget, Chief of Unit in the ILO’s Research department and one of the main authors of the report. She also warns of more inequality between low and high income countries, worsening working conditions for the most vulnerable workers and displacement.

The report calls for speeding up structural transformation of rural economies so that fewer agricultural workers are exposed to high temperatures.

Other important policy recommendations are “skills development, the promotion of an enabling environment for sustainable enterprises, public investment in infrastructure, and improved integration of developing countries into global trade”.