Around five million individuals are currently dependant on sanitation work as a source of livelihood. 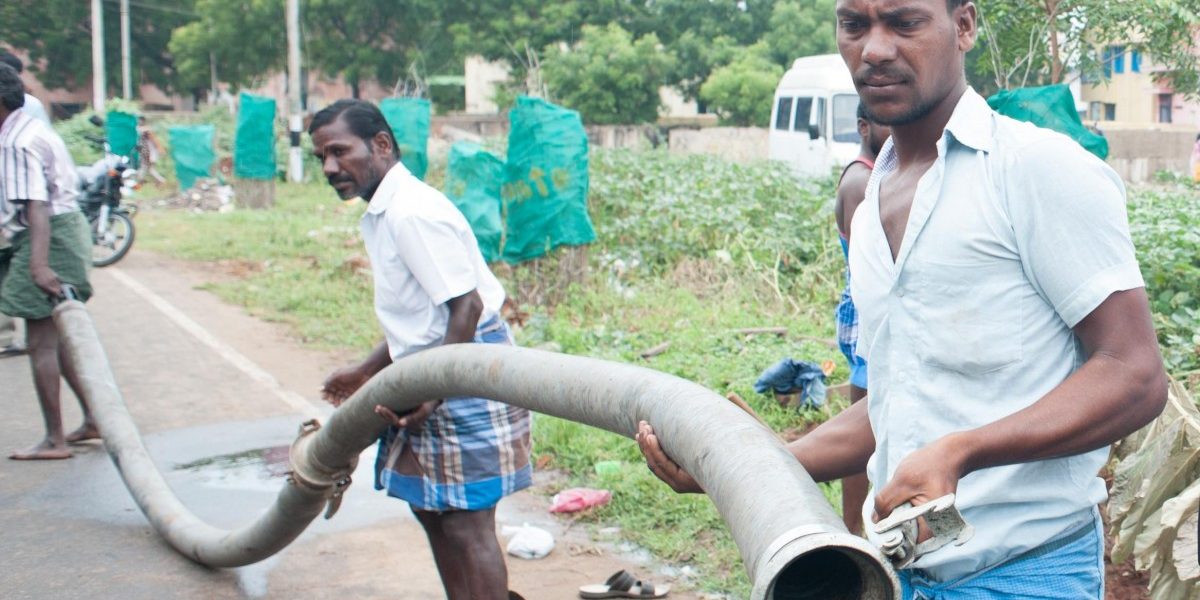 Despite government pushes and success of programmes such as the Swachh Bharat Abhiyan, manual scavenging still exists in India. There are five million sanitation workers in the country with about two million working under ‘high risk’ conditions.

Here is the fifth in a series which introduces the situation of sanitation workers in the country, exploring the complications in trying to find a suitable solution to the problems faced by India’s sanitation workforce.

There are two overarching complications in trying to find a suitable solution to the problems faced by India’s sanitation workforce.

The first is that the existing sanitation infrastructure has been built assuming the availability of manual labour to maintain and operate the system. Solutions to this tend to involve a heavy investment in machinery development and procurement, and are likely to take a long time to evolve. The second, more worrying, issue is that around five million individuals are currently dependant on sanitation work as a source of livelihood.

Outright prohibition of some forms of sanitation work have not met with success, partially because there are individuals whose livelihoods depend on it. Given that caste plays a strong role in determining who works in sanitation, it is difficult for existing workers, especially those involved in the most unsafe, inhumane and unrewarding jobs, to be rehabilitated in other jobs.

Workers noted a difficulty in finding work in other casual labour markets, primarily due to discrimination from other castes. This problem is compounded by a lack of a social support network, as most of the individuals in a worker’s network are likely to face similar socio-economic issues.

In the short to medium term, while the process of infrastructural reform takes place, specific issues faced by sanitation workers need to be resolved to help mitigate the most pressing welfare and livelihood risks stemming from these job.

With this context in mind, Dalberg Advisors, a global advisory firm, hosted a Sanitation Workers Innovation Summit with the purpose of prioritising problems faced by workers and developing concept pilots to address them. Four high potential concepts emerged from this summit that promise to tackle issues faced by workers across their work-life cycle – from the time they first engage on the job, to regular issues that they face on the job, as well as for those looking to disengage from sanitation work. 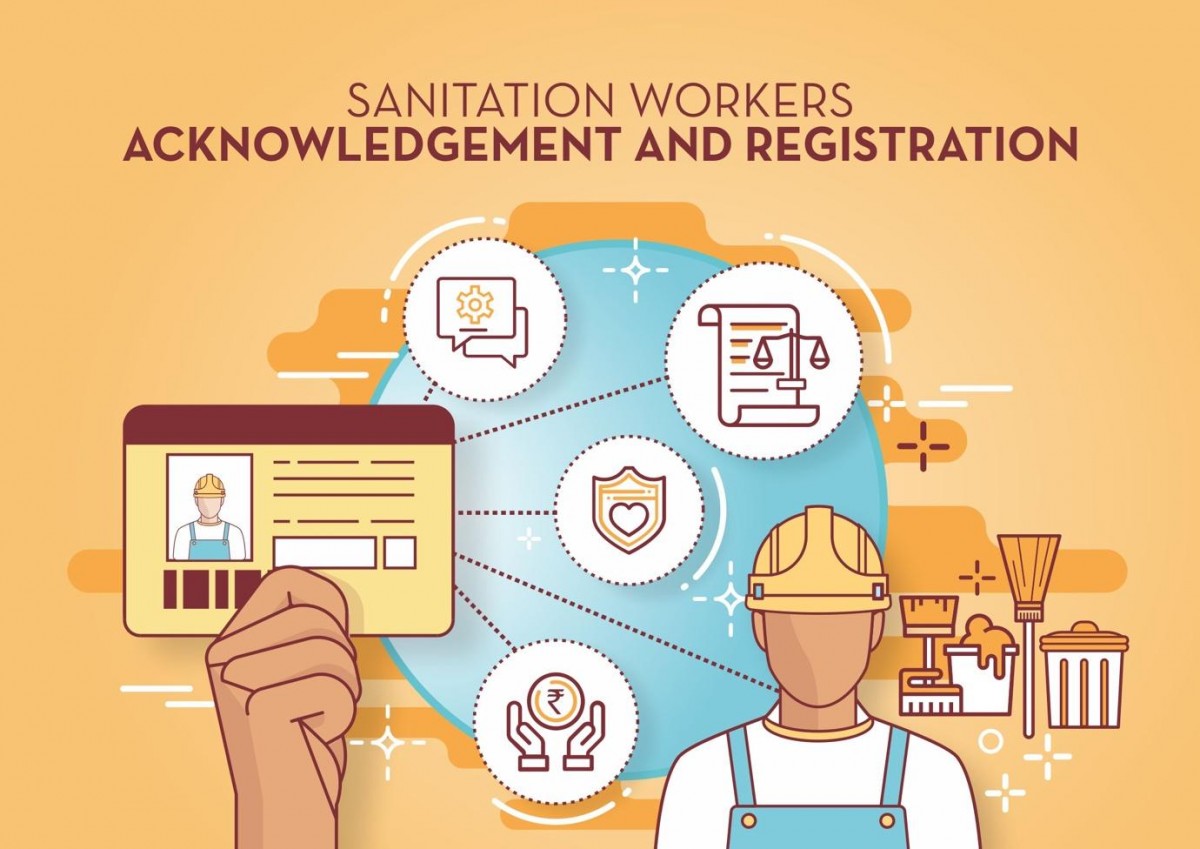 Sanitation workers are often employed under informal terms, with no official recognition of their activities. This results in significant welfare risks, with low access to critical life and health insurance, poor or delayed wage payments, no access to leave days for illnesses and casual breaks, and an inability to file official grievances, amongst others.

A sanitation workers’ registry, along with a digitised database of the sanitation workforce, can help deliver workers a degree of formality, as well as provide the government, NGOs and civil society organisations with important data on workforce characteristics. 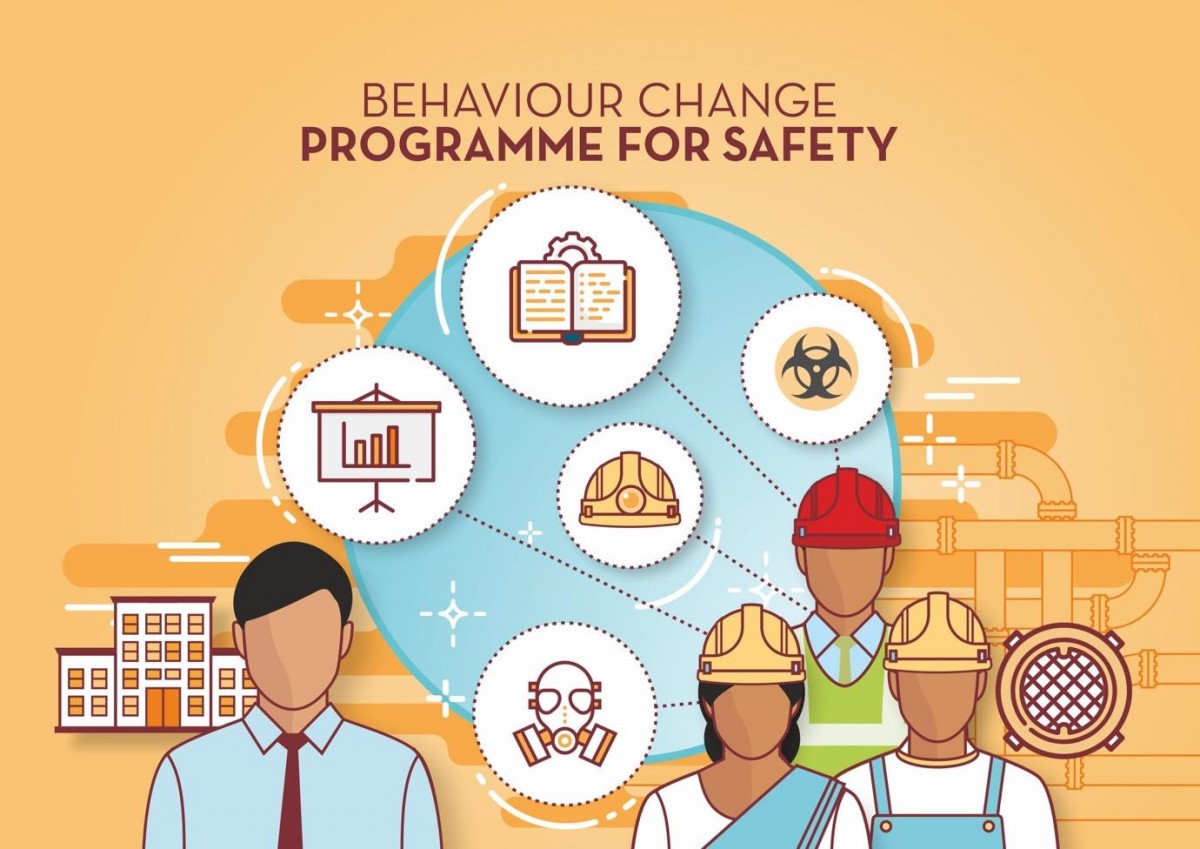 The second pilot focuses on inculcating a culture of safety within the sphere of sanitation work.

This issue is compounded by that fact that most employers do not currently set aside time for on-the-job training, and worker awareness of occupational risks is based primarily on hearsay. This pilot is therefore designed to elevate safety as a principle component of sanitation work amongst workers as well as employers.

It is envisioned as a workshop conducted with a variety of representatives from the sanitation ecosystem, including sanitation workers, contractors, and relevant government officials. Core components include increasing awareness on common health hazards, safety precautions, the usage of PPE, and best practices to follow when entering an unsafe environment. 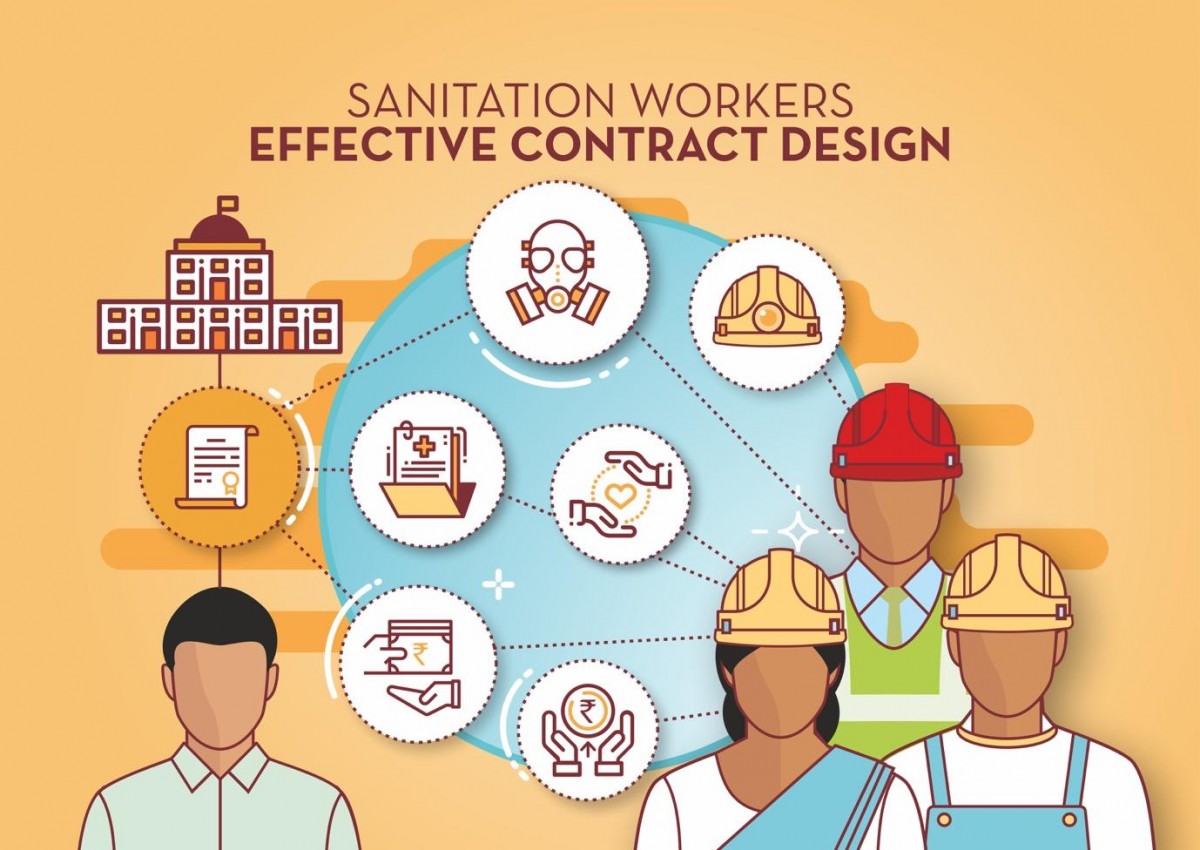 The third pilot focuses on developing model contracts that can be signed between municipal corporations, contractors and sanitation workers.

Workers are generally unaware of contract terms relevant to their livelihood and welfare, and of the exact salary that they are owed. Poor job security leads to a general unwillingness to unify and form a platform for collective bargaining.

Workplace-related injuries are not perceived to be the liability of the employer, and workers lose their wages if they do not report to work due to illnesses. Additionally, while most Urban Local Bodies have developed guidelines for the riskiest types of sanitation work which contractors are expected to adhere to, there is low clarity on actual monitoring and compliance.

There is therefore room for the development of a model contract that specifies terms and conditions for sanitation work, keeping in mind the variety of welfare, safety and livelihood risks that sanitation workers are susceptible to. An additional feature of this pilot is to develop a visual summary of key terms that can be distributed amongst sanitation workers with the aim of creating awareness on their rights and employer liabilities. 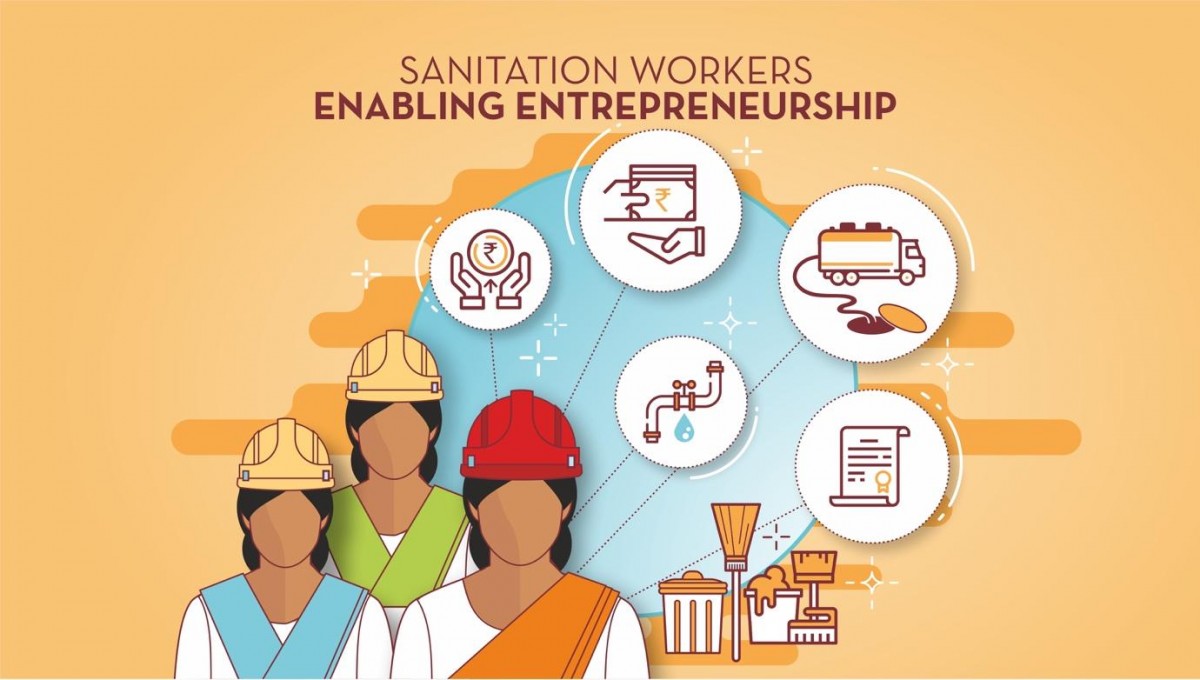 The last pilot focuses on developing an entrepreneurship program for sanitation workers.

The pilot involves connecting sanitation workers to a source of credit to procure sanitation equipment, and to provide training on critical areas of enterprise management, including responding to municipal tenders. Linkages will also be made to the local municipal corporation, who will issue tenders for sanitation contracts that favour responses from sanitation workers.

A legal precedent was set for this arrangement in May 2018, when the Delhi high court ruled that the preferential treatment of marginalised sections in such tenders was valid.

Where are we now?

These pilots are currently being rolled out in collaboration with institutions including the Administrative Staff College of India and the National Institute for Urban Affairs – with the aim of scaling successful models nationally.

While India moves slowly towards its aim of mechanising unsafe sanitation work, it is necessary that the livelihoods of those who depend on it for sustenance are not compromised. There is a pressing need that sanitation work is imparted a level of dignity, and a systems-based approach of tackling each individual issue is employed to improve current outcomes of sanitation work.

Anant Lalla is a Senior Consultant at Dalberg Advisors.