The artisans of Kumartuli could only watch as their raw materials literally went down the drain. 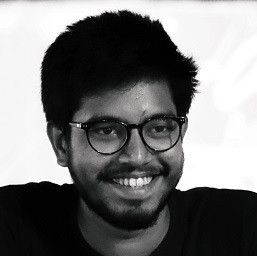 Kolkata: The broken tin roof of a two-storey studio rattles precariously in the strong wind, threatening to fall at any moment into the narrow alley in Kumartuli, the hub of idol-making workshops in Kolkata. There are many such damaged roofs in the area; only their bamboo skeletons stretch up to the sky.

The super-cyclone Amphan, which razed parts of West Bengal, was traumatising for the artisan sand labourers of Kumartuli, whose source of livelihood – clay – was literally washed away by the rain. 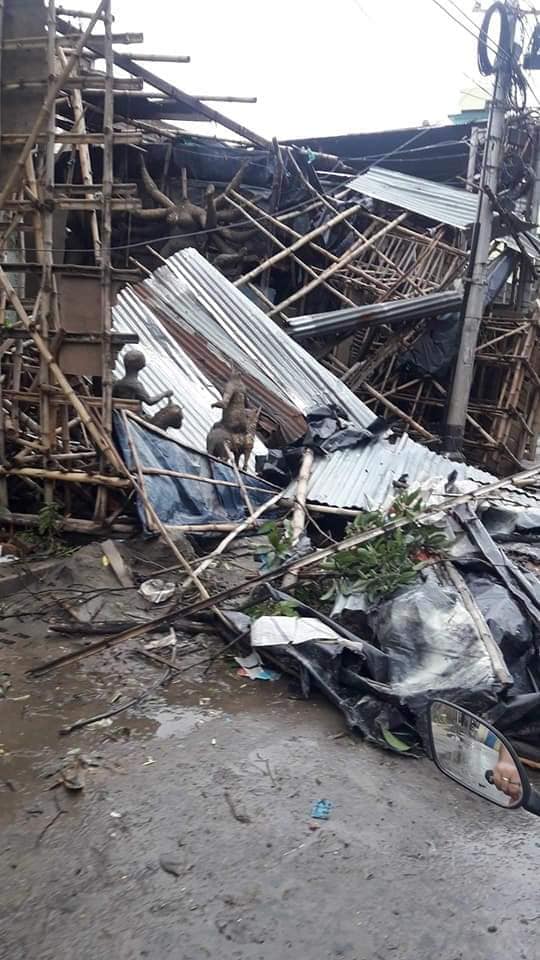 “The entire area was waterlogged. Though the water drained away after some time, nearly all the studios were flooded. Idols had toppled onto one another and some had dissolved. All our clay was washed away. The economic damage is incomprehensible,” says Bishwanath Pal, a studio owner.

Disfigured idols, some with dissolved faces, others with peels of clay hanging off them, line the alleys of the neighbourhood. They are irreparably damaged: the straw stuffing that forms the base of the idol has been revealed. It had taken the idol-makers weeks of work to apply the two layers of clay that give the idols their character. It took the cyclone a few hours to wash that hard work away.

Many idols had already been sculpted. Only paint jobs remained. Now they will be have to redone from scratch, says Mala Pal, who specialises in small idols for households. “Some completed idols were stored in the second story of our studio. During the storm, the roof collapsed and water gushed in. All those idols dissolved,” she said.

Some of the studios had been closed before the cyclone hit; their owners had left for their villages when lockdown was announced. Their unfinished handiwork – straw figurines on bamboo skeletons – are piled up in front of padlocked doors.

The lockdown has hit the artisans hard. Some of them are without work because many orders have been cancelled, even for West Bengal’s biggest Hindu festival, Durga Puja. Unable to provide idols even for small religious festivals like Annapurna Puja during the lockdown period, they have been minus any income for months. Now the damage caused by the cyclone has set them back by weeks.

Also read: After Amphan: As Iconic College Street Goes Under, Kolkata Mourns a Way of Life

“Kumartuli remains but its soul is lost,” says senior artisan Dilip Pal. “We need economic help to help us get back on our feet. Clay runs in our blood. If we can work, we’ll survive. Save our art by saving us. Only then will you save the local culture.”

Given the double blow of the lockdown and the cyclone, the Kumartuli artisans worry that festivities for Durga Puja might not take place this autumn. “We start work for Durga Puja from Poila Baisakh (Bengali new year in mid-April), but this year, due to the pandemic, everything stopped,” says Mintu Pal, a studio owner. “Very few orders have come but we have not given up hope. We assume that neighbourhood festivities and pujas at home will take place even on a small scale. We will know one way or another on the day of the Rath Yatra (June 23) when advance orders usually come in.”

Adding to the workers’ uncertainty is the lack of information on whether Lockdown 4 will extend to Lockdown 5. “Some advance orders are coming in, but I’m not making any promises to customers,” says celebrated woman artisan China Pal. “Even though the idols being ordered are small, their structures are big. If the lockdown is implemented again, it will be difficult to store them.” 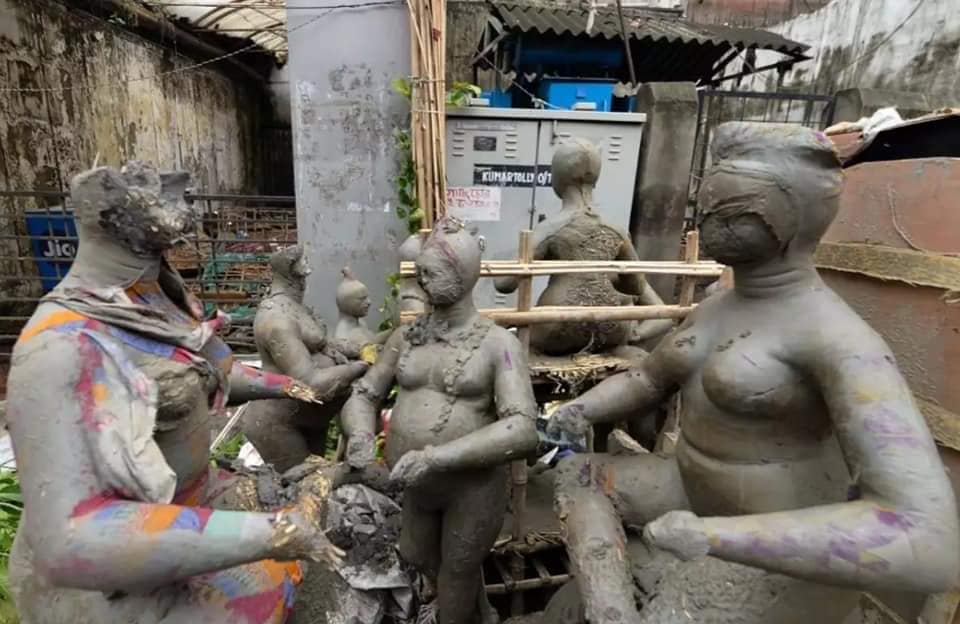 To help themselves get through this hard time, the artisans and studio owners of Kumartuli have combined their resources to set up two communal kitchens, each of which provides 100 people with their daily meals.

They have also received some help from a city-based tour operator called Calcutta Capsule, which conducts tours of Kumartuli throughout the year. Calcutta Capsule has been collecting funds to support the artisans under the #CareForKumartuli initiative. In the first phase, it distributed essential ration packets containing rice, aata, potatoes, soyabean, mustard oil, turmeric and puffed rice as well as tarpaulin covers and a little cash to 150 artisans. It hopes to conduct more such drives. 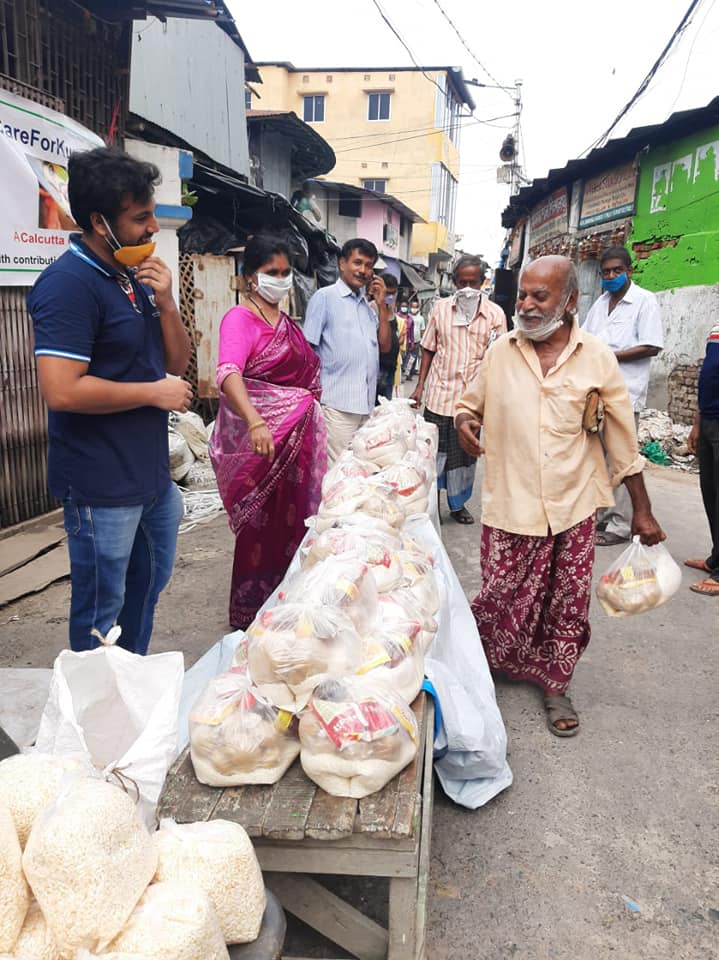 The mood, though, is of dejection. “What are we going to do? Idols have been prepared, but nobody comes to take them,” says an old man, his head in his hands.

Shaswata Kundu Chaudhuri is a freelance journalist in Kolkata.