The Code on Wages 2019 has already been passed in both houses of parliament. Issues with the Code were supposed to be addressed in drafted the Rules. This does not seem to have happened.

The Code on Wages, 2019, was passed by the parliament and subsequently came into existence on August 8, 2019 through the necessary gazette notification.

Now, the Central government needs to prepare a Rule to implement the Code on Wages, 2019. Recently, the draft Code on Wages Rules, 2019, was put in the public domain. Comments and observations are being sought from stakeholders and the general public. The Rule is supposed to provide the base and procedures on which Code is to be implemented.

Certain aspects are outlined in the Code but its details are only provided in the Rules. The draft Rules are thus of importance. Certain observations are as follows:

The determination of minimum wages crucially depends on calorie requirement. In the new enacted Code on Wages 2019, the specified energy requirement is 2,700 kilocalories. As per the convention, the standard working class family includes a spouse and two children apart from the earning worker and equivalent of three adult consumption units.

Gender discrimination in the form lower consumption (0.8 instead of 1) of the female adult member of the family should be avoided. Further, a child’s calorie requirement is not as low as 0.6 and should be at least enhanced to 0.75, considering that they are growing up.

Also read: Why the Wage Code is Unlikely to Improve the Conditions of Indian Workers

However, the consumption pattern has undergone significant changes over the years and non-food items are now important in their own right. The quantum of non-food items should be determined independently. With increase in income, importance of non-food items has, in fact, increased. 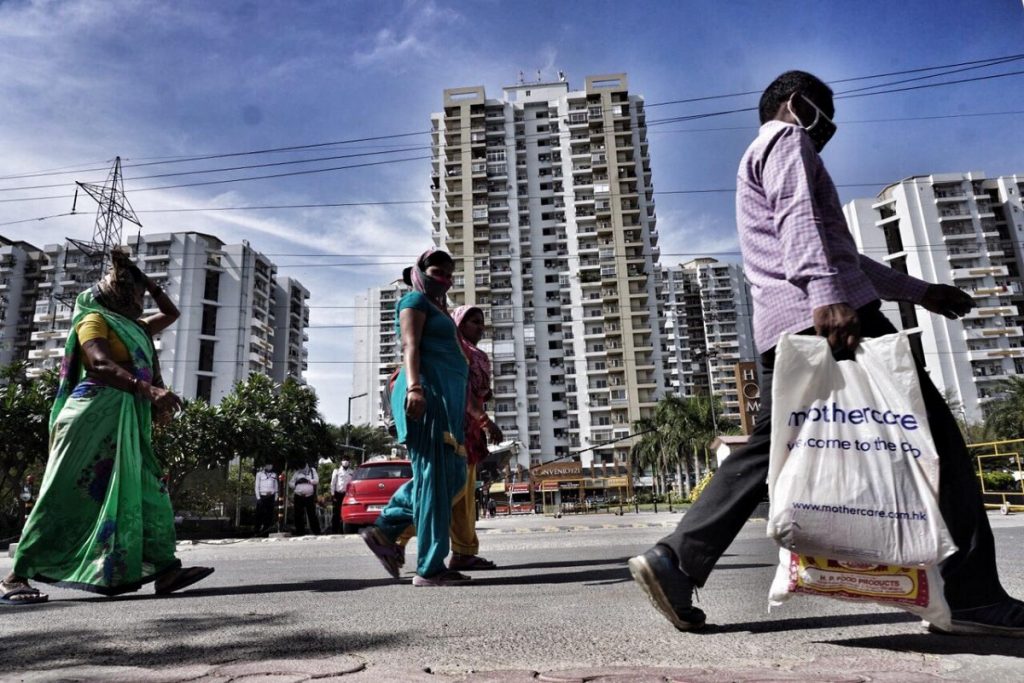 Delhi’s daily wage labourers, now out of work, walk back to their villages which are at least 200 km away. Photo: Shome Basu/The Wire

Draft Code on Wages Rules 2019 suggest that Central government shall divide the geographical area into three categories that is metropolitan, non-metropolitan and rural. So far, the practice was to divide regions into categories like rural and urban. Dividing urban areas into sub categories will unnecessarily complicate the scenario, especially when other data and information are collected based on urban-rural classification alone.

As per the provisions made in the draft Code on Wages Rules 2019, the Central government shall constitute a technical committee. Members of that proposed technical committee have been selected from various stake-holders keeping in consideration the tripartite landscape. However, given the present scenario where wage is intricately linked to productivity, one representative from the National Productivity Council should be included.

As per the draft Code on Wages Rules 2019, the Central government shall on the advice of a technical committee, categorise the employees into four categories: unskilled, semi-skilled, skilled and highly skilled. However, Section 2 (t) (u) (v) (w) have already defined these four skill components. Thus this technical committee becomes redundant in this instance.

The technical sub-committee shall, while advising the Central government, take into account to the possible extent the national classification of occupations or national skill qualification framework or other similar framework for the time being to identify occupations. The process of ‘skill premium determination’ is also missing. No norms have been provided to determine the skill premium. Like categorisation, skill premium should also be determined based on an objective criteria.

Minimum wage is a dynamic concept. With inflation, purchasing power goes down. Purchasing power parity is maintained through dearness allowance adjustments. The objective is to sustain a specified real wage over time such that a certain amount of consumption is ensured. 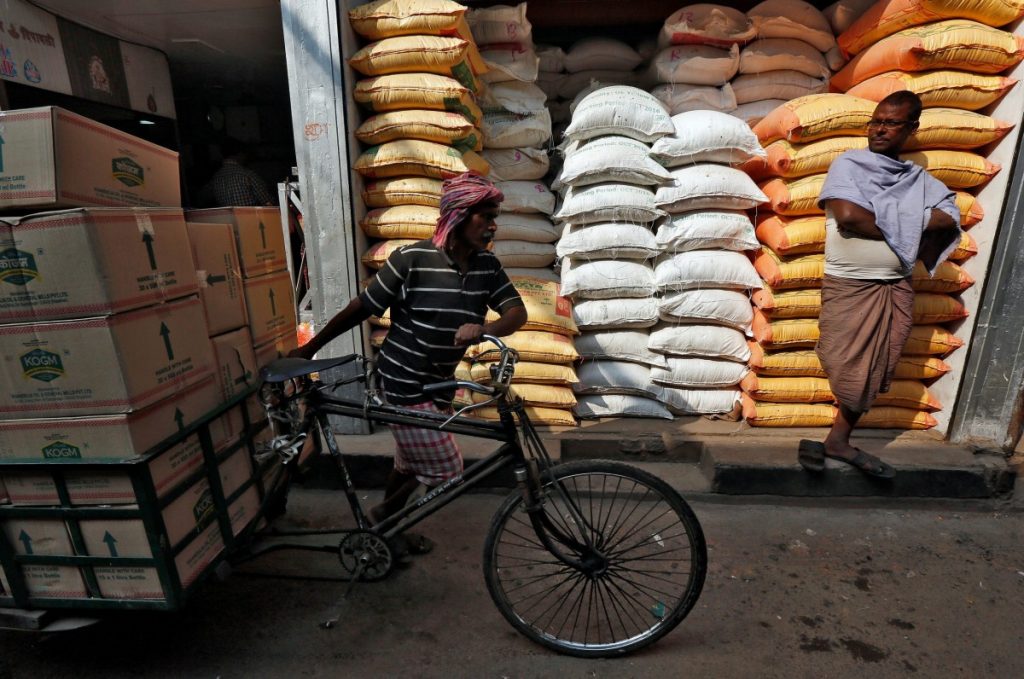 A labourer carries vegetable oil packets on a tricycle as a man stands in front of his shop selling food grains, at a wholesale market in Kolkata, India, January 4, 2017. Photo: Reuters/Rupak De Chowdhuri/File photo

Revision in DA happens depending on the movement of the consumer price index twice in a year. But there must be provision for revising the ‘basic’ component of minimum wage also. This aspect is missing in the Rule.

A new section should be introduced to provide the mechanism to redefine the ‘basic’ part based on a periodic survey on family budget expenditure. Consumption pattern changes over time and certain products lose their relevance whereas certain new products come into existence. The consumption basket should change accordingly. The family budget expenditure survey should happen every five years, otherwise, minimum wage revision through periodic DA adjustments will not suffice to maintain sustainability of real wages over time.

As proposed in the Code on Wages Rules, 2019, the number of hours of work which shall constitute a normal working day are nine. This is contrary to the standard practice of eight hours of work. The minimum wage is also conventionally set for the eight-hour work period. Making it nine hours would reduce minimum wage below the starvation minimum wage.

Many developed countries are reducing work hours. Further, Code on Wages Rules 2019 proposes that number of hours of work which shall constitute a normal working day, including a period of rest, should not exceed 12 hours. If this is implemented, there is a possibility that certain employers would take advantage of such an expanded window and reduce three shifts to two shifts.

Given the exploitative nature of Indian employers and labour market imbalances where supply far exceeds demand, hours of work including spread-over should not exceed more than 10 and half hours. The 12-hour rule will detain workers unnecessarily and provide scope for rampant misuse. Already, in a number of instances, three shifts have been converted into two shifts.

However, this should not happen. Rest day wages should be the normal wage that is prevailing. Rest day should be treated as leave with wages.

Overall, the actual hours of work, excluding the intervals of rest and the period of inaction during which employee may be on duty but is not called upon to display either physical activity or sustained attendance shall not exceed nine hours in any day and should not extend to 12 hours as proposed in the draft Rules.

What are floor wages?

In addition to minimum wage, Code on Wages Act, 2019, provides for national floor wages. However, the rationale for having floor wages and the manner of determination of these floor wages have not been defined in the draft Rules. Also there should be a clarification regarding how this floor wage is different from the minimum wage. Labour is in the concurrent list and Centre-state consultation is an imperative on most labour issues. As per the draft Rules, the Central government shall obtain the advice of the Board and consult such state governments as it thinks necessary before fixing the floor wage under Rule 11. Modalities of such consultation should be clearly spelt out and a Standard Operating Procedure (SOP) should be defined to guide such consultation. There is justified apprehension that consultation with state governments may end up becoming a superficial formality unless the process is statutorily defined.

As proposed in the draft Rules, certain decisions in the Central Advisory Board may be taken through voting. There it is further proposed that voting in the Board shall ordinarily be by show of hands but if any member asks for voting by ballot or if the chairperson so decides, the voting shall be by secret ballot. However, voting should always be by secret ballot as far as possible. Secret ballot better protects all concerned and should always be adhered to.

Also, the draft Rules provides that Chief Labour Commissioner shall formulate an inspection matrix with approval from the Central government. In that matrix, the inspection schedule of each inspector-cum-facilitator is to be determined through randomisation, under ordinary circumstances.

Dr. Kingshuk Sarkar is an independent researcher and works as labour administrator with Govt. of West Bengal. He is a former faculty member of V.V. Giri National Labour Institute, Noida. Views expressed are personal. He can be contacted at kingshuk71@hotmail.com.