In Madhya Pradesh, Not All Migrant Labourers Walking Back Reach Home

On the way back, several have fallen ill. At least two have died. Yet others have been subjected to humiliating exercises by police. 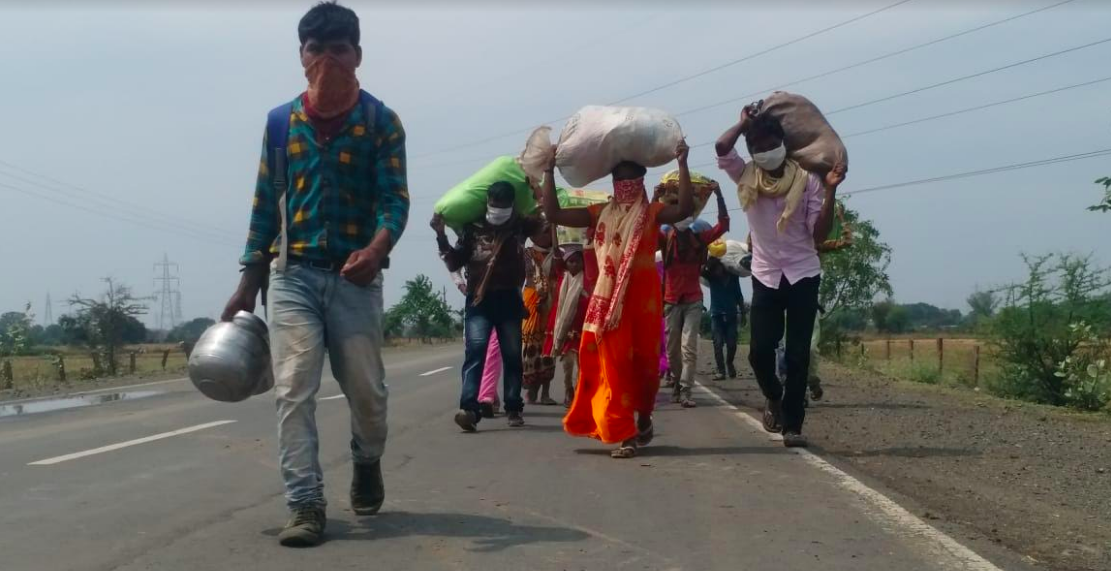 Bhopal: Until a few days ago, Ranveer Singh had been one of the thousands of migrant workers who were keeping the national capital going. On March 27, the 39-year-old decided to make the long walk home. His village is Badfara, in Madhya Pradesh’s Morena district. The distance was a whopping 325 kms.

Yet Ranveer left Delhi at 3 pm. He had three of his friends with him.

“My stomach is in pain and I am feeling thirsty,” Ranveer reportedly told his sister. When they reached Agra, his friends decided to walk ahead.

At around 6:30 am the next day, Ranveer was found dead by the road, in the area that falls under the jurisdiction of Thana Sikandara in Agra, a leading Hindi language newspaper reported.

Ranveer’s death is not an isolated incidence.

On March 26, another labourer walking home died after he felt ill. He had reportedly been left unattended by a doctor who was attached to an ambulance service in Madhya Pradesh’s Datia district.

Shanu Kushwaha (35), who worked in Gwalior district, had left the city after he took ill. The nationwide lockdown to contain the coronavirus had kicked in.

With homes in Madhya Pradesh and workplaces across Chandigarh, Haryana, Delhi, Gurgaon, Noida, Mumbai, Surat, and Ahmedabad, the mass exodus of migrant daily-wage labourers has been nothing short of a nightmare.

Recently, four of the labourers returning to their native village in Damoh district from Bhopal were stopped by officials in Begumganj in Raisen district for medical check-up.

Three families of migrant labourers carrying their belongings on their head and shoulders were seen crossing Raisen district’s Sagar Jabalpur Bypass road on their foot to reach their village in Katni district from Gwalior city. The distance in question is an astounding 490 kms. Several factories and other establishments that employed the migrant labourers in neighbouring states and Union Territories have shut down in view of the lockdown. Public and private transport has come to a standstill.

The ‘good’ fortune of a migrant labourer from neighbouring Uttar Pradesh who found some work in Madhya Pradesh at the height of the lockdown, took an ugly turn when Madhya Pradesh Police caught him in Chhatarpur district and wrote on his forehead ‘mujhse door rehna’ (‘stay away from me’). A video a member of the Madhya Pradesh police personnel writing on his forehead went viral on the social media.

The new Madhya Pradesh government led by chief minister Shivraj Singh Chouhan has directed its officials to take necessary steps to help especially the labourers who have gone to other places for work, and now want to return to their homes.

The government has decided to appoint an officer in each district to help the migrant labourers and others and have floated a help line number: 0755-2411180.

Ever since Prime Minister Narendra Modi’s announcement for a nationwide lockdown imposed to tackle COVID-19 came on March 24, at 8 pm, hundreds of daily-wagers of the state, who earn livelihoods far away have been thrown into a state of uncertainty.

Most have little recourse to help and must now depend on people’s generosity as they journey home.