Sanitation workers in the city have been protesting, demanding better pay and working conditions. 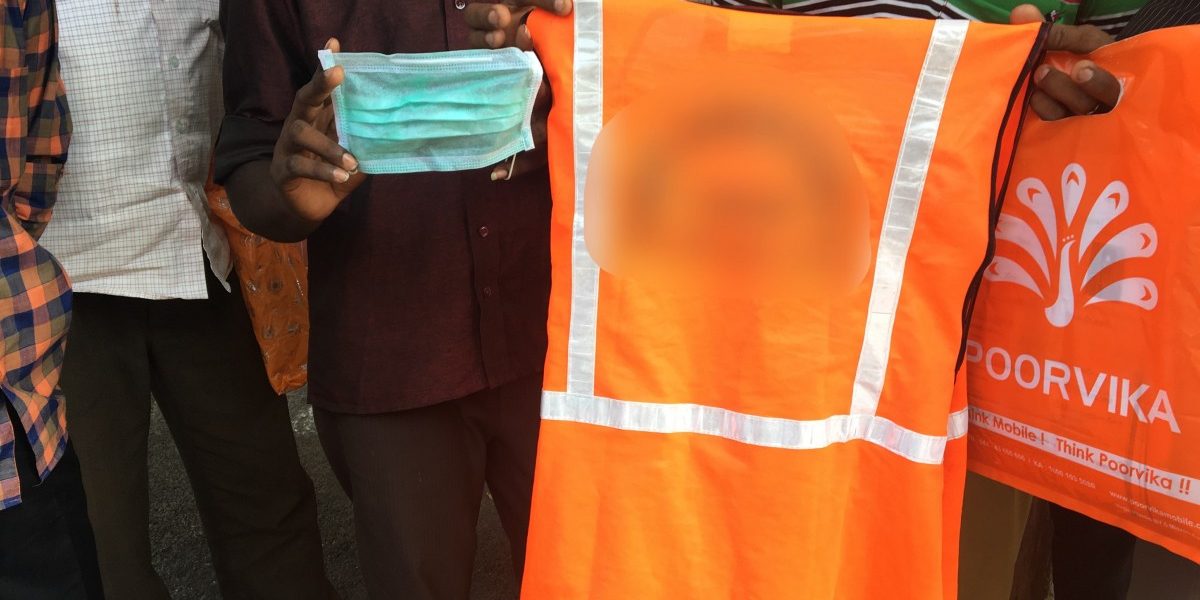 Chennai: Conservancy workers often have to get their hands dirty – literally.

“We have to clean up excreta left by the mentally ill in the station,” said Mala*, a conservancy worker at Park Town station. Mala is a contract worker and is paid close to Rs 6,000 per month for working eight hours a day, seven days a week.

At the slums abutting Pallavan Salai, a few hundred metres away from the Greater Chennai Corporation, human faeces can be seen lying around. Workers cleaning this stretch also say that urination on the walls is common, and they have to bear the stench while cleaning.

And while other conservancy workers from Chennai say that the practice of open defecation has reduced to a large extent, they still come in contact with excreta in other forms – through diapers, for instance.

Source segregation is being pushed aggressively under the Swachh Bharat Mission, and an “animator” has been appointed in every ward in Chennai to go house-to-house explaining segregation.

But attitudes are slow to change, and until then, the worker who picks up the trash is also doing the segregation.

“We have to sort food waste, broken glass, metal, sanitary napkins and diapers with our hands,” said Suresh*, a conservancy worker employed by the Greater Chennai Corporation on a contract basis. Suresh had come to the Tiruvottiyur camp – set up by the government as part of a survey to count the number of manual scavengers in India – to identify himself as a manual scavenger because he cleans open drains.

He has a skin disease on his forearms, because the gloves he has get damp when sorting through wet waste and develop fungus. 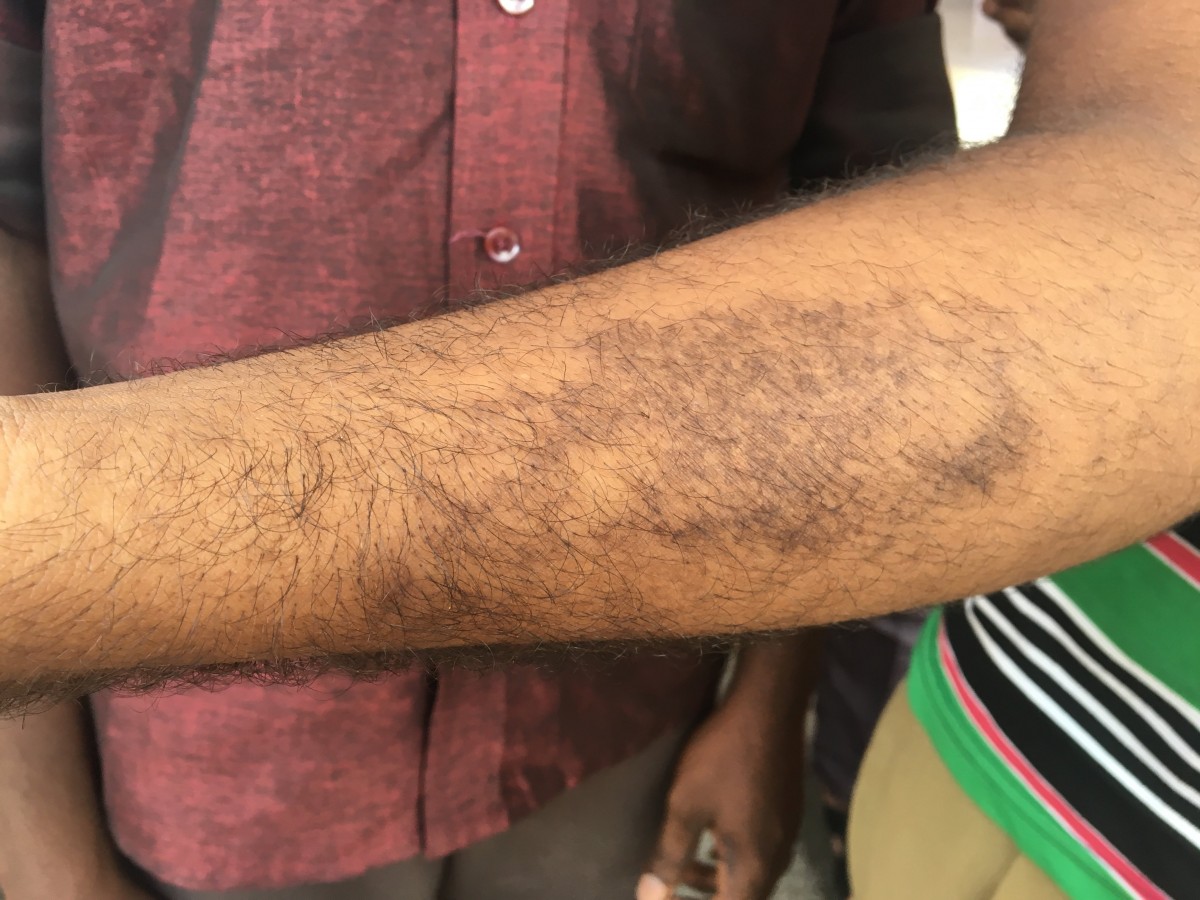 Suresh shows the skin disease on his arm.

He doesn’t get any special footwear. “One day, while handling the cart, my toenail got ripped off.” He got a day’s leave for that, without pay. His salary is a little more than Rs 10,000 a month, hiked up from Rs 6,000 after a protest last year. However, even the current wages are well below the minimum wage of Rs 13,000 per month for unskilled workers employed by a local authority (corporations).

Frustrated with this state of affairs, the Chennai Corporation’s conservancy workers staged a protest demanding a hike on April 10 at the very site of decision-making – inside the compound of the Corporation’s office at Ripon Building.

“I don’t even mind picking up shit. I just want my salary to be raised so that my children can go to college and don’t have to end up doing what I do,” said Radha*, who was paid Rs 6,140 after deductions by contractor Ramky Enviro.

She and other workers who were protesting said that they were not issued any protective equipment either.

“The only time we got gloves and a mask was when the Swachh Bharat officials had come for checking,” said a worker. Ironically, an RTI query filed by NGO Change India revealed that the word “conservancy worker” wasn’t mentioned even once during a Swachh Bharat meeting by the State High Powered Committee of Tamil Nadu in 2016.

Under the Manual Scavenging Act, “carrying, disposing or… handling human excreta” without protective gear is clearly defined as manual scavenging. But the workers we spoke to were not aware that this construes manual scavenging, or that there were provisions for monetary assistance and rehabilitation under the Act. Neither did they know that there was a camp in Chennai where manual scavengers could identify themselves – the first step to applying for compensation.

Even if they did, it’s unclear if the state would accept this kind of contact with human waste as manual scavenging, since the official line is that Chennai is open defecation free.

To be fair, the state has taken measures to mechanise waste disposal. The Chennai Metropolitan Water Supply and Sewerage Board doesn’t use humans to unblock sewers any more and has the following machines at their disposal.

However, the issues of conservancy workers continued to be unaddressed.