Central Vista Is 'the Most Beautiful Place Already': In Conversation With a Pani Puri Seller

Many migrant workers who were selling snacks and trinkets around India Gate are unsure of when business will go back to normal, as work on the Central Vista project continues. 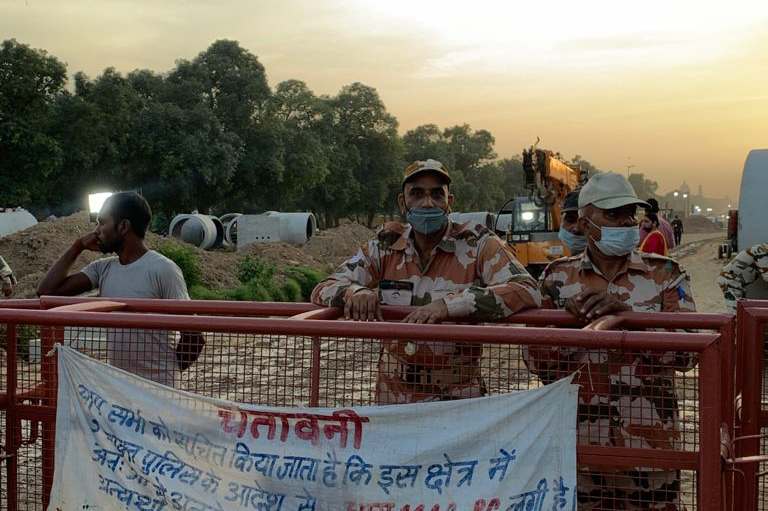 “I came here eight years ago. There would be so many of us here. And as most of us were away from home, we became a family of our own. I barely see any of them here today,” a man in his late 20s from Gonda anxiously murmured, slowly handing me the last serving of my pani puri.

The cacophony of car honks at a regular 6:10 pm on Rajpath did not make it easy for him to talk. Neither did the cluster of local tourists cramped along a sidewalk, nor the men in uniform pacing amidst the crowds. The daily wage worker and father of three’s eyes seemed to trace the police officers’s steps with the corners of his eyes. The haze of yellow barricades evidently made him uneasy, and the time, fretful. While he once worked late into the night, he will now be ushered off by 8 pm. As will all the others like him.

He was one of the thousands of daily wage and migrant workers compelled to go back home immediately after the nationwide lockdown was announced in March 2020, because of the COVID-19 pandemic. It was only 3.5 months ago that he garnered the courage to come back to the city. In the hope of earning his livelihood again, he returned to the same place he has been working at for almost a decade. But little did he expect that so much would have changed. And it was not just the pandemic. The place basically did not exist anymore. “Nobody even asked or thought about us while uprooting our workplace, our home. Nobody ever has,” he confessed, tired, as his eyes pointed in the direction of where his makeshift stall once stood. That corner is difficult to even spot through the air of dust now; it is just filled with heaps of cement and bricks. The area is cordoned off by barricades that alternatively read ‘Development/Redevelopment of Central Vista Avenue’.

A project with a budget over Rs 20,000 crore, it has been regarded as a step towards Prime Minister Narendra Modi’s infamous vision of ‘New India’. Planning to revamp almost the entirety of the 3.2-km-stretch landmark of the capital city, the government has embarked on a journey of ‘national importance’, according to the Delhi high court and the Delhi Disaster Management Authority (DDMA). With a Gujarat-based architecture firm, HCP Designs, pioneering the project, it has set out to reconstruct a new parliament building, and residences for the prime minister and vice president. The project, in the words of its chief architect, Bimal Patel, is crucial for ‘defining India’.

Also read: In Central Vista Redevelopment, the Fate of Our Heritage Hangs in Balance

“And to think this will go on for another two years,” the man let out a weary sigh as he finally sat down on a brick behind the metal rods holding up his stall. “Where should we go until then? Are we supposed to go back home, again?” He was not the only one desperate yet fearful of asking that question. With the deadlines of the project varying from one construction to the other, the entire stretch from India Gate to the Rashtrapati Bhavan is estimated to be complete only by 2023.

With many selling snacks and ice cream on the footpaths of the stretch, and some photographing couples in front of the landmark memorial, the lane was never just a tourist spot. It was the sole source of bread and butter for so many daily-wage workers, part of the migrant labour workforce apparently not been ‘feasible’ enough for the state to account for.

Sitting on the same brick, he stared at the tip of the India Gate. Looking at it, he smiled, almost heartbroken. “You do not count us once, twice, thrice – we understand. But you set out constructing a new place you can be proud of by destroying us once again? How are we merely collateral damage every single time?” he asked, almost louder than any of the cars, police officers or crowds around him. 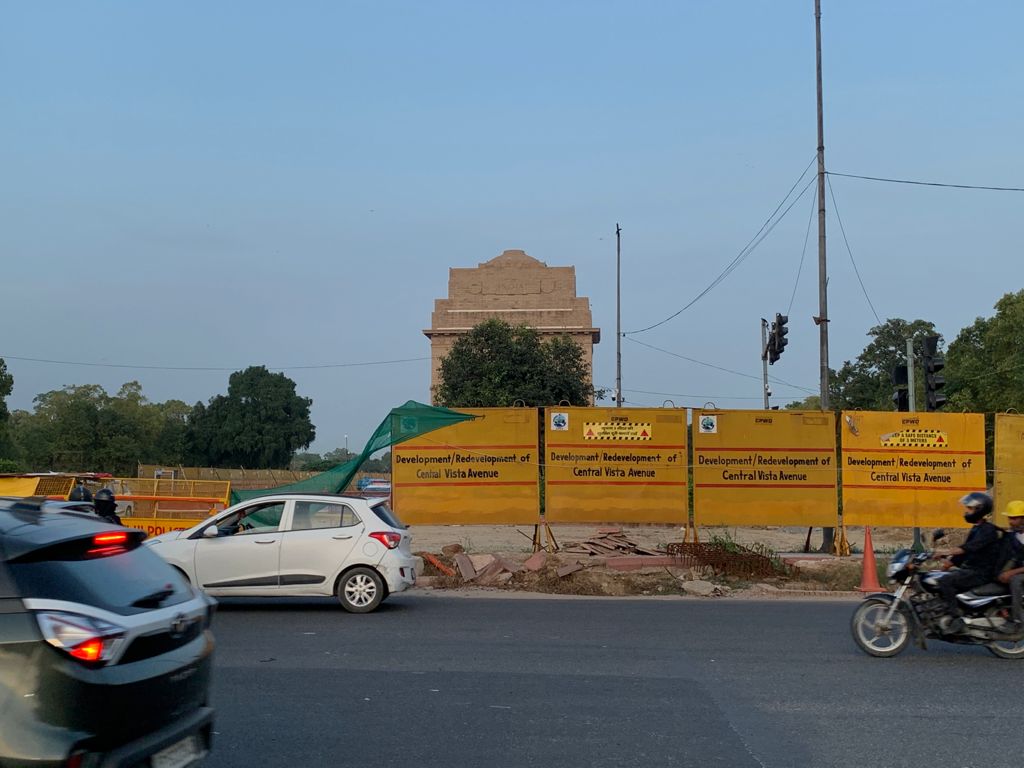 While the primary aim of this project is to symbolise that India is ‘confidently resolved to tackle the difficult problems that have plagued it for decades,’ it has yet again forgotten to give one of the most marginalised communities in the country a single thought. While it has been said that the ‘public is vitally interested in this project’, with most pleas against it being blamed to be ‘motivated’ and of ‘ill-intent’, the government fails to acknowledge the most dire needs of its people. While it has set out to construct the epitome of a ‘New India,’ it has wilfully neglected its existing reality.

“I keep hearing them say that they want to make this place more beautiful. But if you ask all of us, we think it is the most beautiful place as it is already,” smiled the man, standing up against his stall, generously handing me an extra pani puri for the road.