The two codes tabled for discussion on July 23 struck the proverbial hammer on the fate of millions of workers, robbing them of the possibility of decent work and wages, an equal workplace and avenues for access to justice. 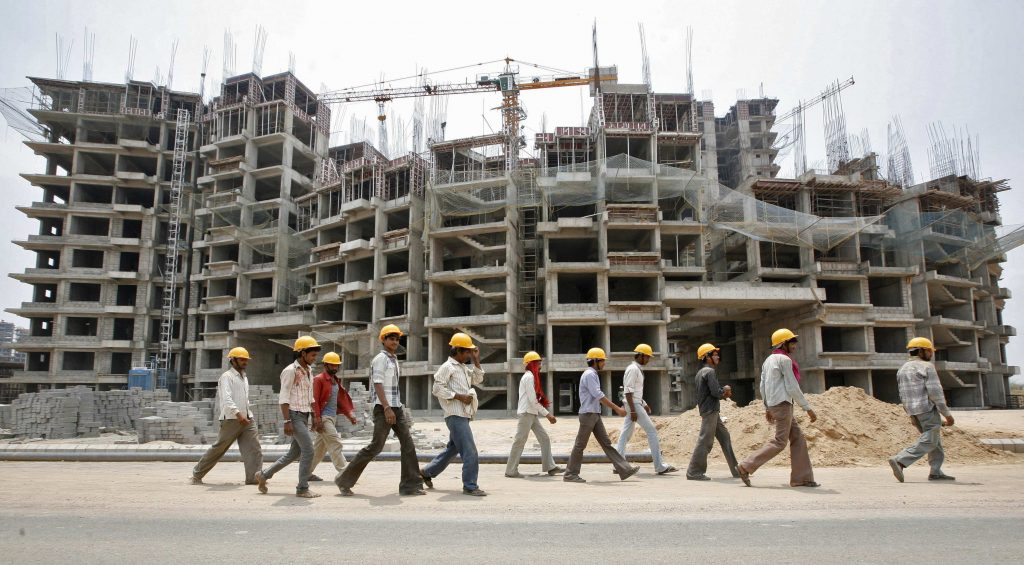 On July 4, the Economic Survey argued that a higher national minimum wage is central to addressing inequality and widespread poverty in the country. A couple of weeks later, the government of India trashed its own analysis by proposing a “starvation wage” of Rs 178 a day – a minimum wage hike of merely Rs 2!

Experts allege that it is a precursor of what is in store for millions of workers as the cabinet passed two of the four proposed labour codes – Code on Wages as well as the Code on Occupational Safety, Health and Working Conditions.

Working people are a national asset – undermining their well-being is nothing short of a calamity. A need-based minimum wage should be guided by Supreme Court jurisprudence, as laid down in the Raptakos case, which is based on tests and principles laid down by the judiciary. Any recommendation for a wage level below this should be supported by a robust rationale.

The two codes were tabled for discussion on July 23 by Santosh Gangwar, minister of Labour and Employment. With this, the parliament has struck the proverbial hammer on the fate of millions of workers, robbing them of the possibility of decent work and wages, an equal workplace and avenues for access to justice.

Primarily driven by the interests of the industry, this predatory piece of legislation is all set to alter the labour protection landscape in India beyond repair and reclaim. It shows that there is a clear drive to “informalise the formal” which has been central to the overall architecture of the emerging labour regime.

The new minimum wage of Rs 178 per day translates to Rs 4,628 per month. It goes against the Labour Ministry’s own expert committee recommendation of Rs 375-447 per day, let alone the 15th Indian Labour Conference’s suggestion of Rs 692 a day, Rs 18,000 a month. The new national minimum wage, half of what was recommended, truly portends a death knell on India’s labour protection framework.

The rhetoric on labour codes make it appear as if it passionately argues for a minimum wage. A closer look at the provisions of the wage code, however, busts this myth.

First and foremost, it violates the Supreme Court and the 15th Indian Labour Conference guidelines for a “needs based” criteria (covering nutrition, healthcare, education and provisions for old age) to fix the minimum wage – something that was adopted for Central government employees, but ignored for the larger mass of unorganised sector workers. 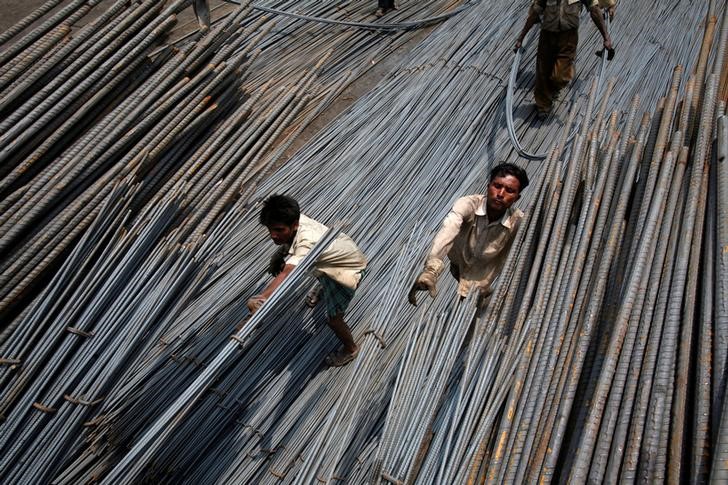 No principles, whatsoever have been laid down with regards to determining minimum wages, and the entire exercise has been left to the discretion of the central advisory board.

Wages are also proposed to be determined by state-level advisory boards, something that Indian industry has long wanted. Experts argue that such an arrangement would lead to a race to the bottom as different states would compete to attract investments by lowering wages – an observation that is borne out by facts on the ground.

Reports suggest that in the period between 2010 and 2015, several industrialists relocated from Okhla Industrial Area in Delhi to Uttar Pradesh and Haryana as the latter offered 25-35% lower minimum wages than Delhi. Flight of capital would become extremely convenient in such a regime, pushing state governments to compromise on worker’s wages and welfare.

One may well question the intention of the government of India in even announcing such a national minimum wage. In our judgment it is primarily a signal to the industry that the jungle has been let loose, only wilder this time, and wages can be pushed down to the lowest levels possible to suit the interests of capital.

Chowkidar not even a worker per law

Despite its claims, both the codes exclude millions of unorganised workers. The Occupational Safety and Health Code does not cover workers employed in small enterprises deploying 10 or fewer workers, or those in the informal sector. As per an estimate, this is over 85% of India’s labour market, especially including those in medium and small enterprises, which often tend to be more risky and vulnerable to occupational hazards and safety violations.

The wage code also does not cover the large mass of informal workers because its definition of “employer” is ambiguous and narrow. For example, the code says, “Employer means a person who employs, whether directly or through any person, or on his behalf or on behalf of any person”. Most workers would struggle to establish their employment relations to benefit from the Code provisions.

Disturbingly, the code does not have any provisions to prohibit discrimination against workers from Adivasi and Dalit communities. There is pervasive evidence on the exclusion faced by such workers in the form of low earnings, wage thefts, abuse, harassment, low opportunities and minimal upward mobility. The new law is blind to it all.

Your wages can be stolen

What happens if a worker does not receive due wages or does not receive them in time? As per the new code, in case of a dispute, a worker can now approach only a quasi-judicial, appellate authority, not within the jurisdiction of courts – a violation of the Civil Procedure Code section 9 that requires mandatory judicial review of decisions. What is worse is that a claim can only be filed by an appropriate authority, employee or trade union. This leaves out all workers in casual, informal, undocumented work, denying them any formal avenues to seek justice.

The new labour codes seek little but how to offer cheap labour and ignores equality on the whole. Credit: Reuters/ File/Shailesh Andrade

India’s informal economy is structured through long serpentine chains of contractors. Migrant workers often do not know who their employer is. The new wage code weakens the liability of the principal employer to pay wages to contract labour, if the contractor has failed to do so.

This has grave and far reaching consequences on the access to justice for informal workers, especially in a scenario where the volume of wage thefts from such workers is unacceptably high. Notably, the Occupational Safety and Health Code does talk about Principal Employer liability but it stealthily passes the buck to the manager or the supervisor.

It appears as though the government is trying to legalise contractualisation, instead of abolishing it. It is worth recalling that the contract labour act was legislated in 1979 with a view to abolish the contract system, while it is likely to become the new normal under this code.

‘How to supply cheap, pliable labour’

The entire tenor of both the codes reeks of eagerness to appease industry and create the much-hyped labour market flexibility and ease of doing business. This is exemplified by the flexible provisions for overtime, a move that can potentially legitimise 14-hour workdays as the norm.

Secondly, by permitting recoverable advances, the new wage code leaves marginalised workers vulnerable to coercive labour. This will be especially detrimental to distressed labour migrants employed in the informal sector, who are willing to accept advances to provide for their families while they are away, entrapping themselves in coercive labour relationships and new forms of slavery. This is also in complete violation of the legal presumption declared by the Supreme Court that clearly links advances to forced labour.

Furthermore, the code has almost completely rejected the existing regulatory framework, attempting perhaps to eliminate all forms of inspection mechanisms for the unorganised sector. This means that the majority of the workforce will be outside the ambit of the code, leaving them completely vulnerable to unfettered exploitation.

Finally, it is most ironical that the parliament is about to debate on what could be the most poorly written piece of legislation in Indian history. Both the codes have no understanding of informal labour and its requirements from the law. There is a lot of ambiguity in the way provisions are phrased. At times the codes get too specific and at times too vague, reflecting either poor groundwork done or a deliberate ambiguity to allow for excessive discretion of the appropriate government.

The Occupational Safety and Health Code most notably subsumes the Building and Other Construction Workers’ Act, 1996 leaving out millions of construction workers in the lurch who were enrolled with the welfare board created under the Act. The code makes shoddy, vague mentions of provisions for construction workers, too visible to miss.

While many of us have been fighting for a change in labour laws ourselves and demanding a protective framework for informal workers in India, the proposed changes are far from what we have strived for. Our collective analysis shows that the new codes are crafty – in the garb of promoting worker welfare and enabling formalisation, it is seeking to repudiate basic human and labour rights to workers.

In a historic counter to this dismal state of wages in the Indian labour market and policy discourse, the workers’ movement has made a major stride forward in the National Capital Territory of Delhi.

The Working Peoples Charter, along with other trade unions and workers’ organisations of Delhi, successfully pushed for the first upward revision of minimum wages in 22 years in the NCT, based on revised estimates of living costs. Through these efforts, they successfully ensured the adoption of the recommendations of the Raptakos judgment, despite attempts by representatives of the industry to bypass the same.

The Delhi government is currently in the process of implementing the wage hike on the recommendations of the Minimum Wage Advisory Committee. The amendment takes into account the positive impact of inflation on the cost of commodities in the workers’ consumption basket. This effort has created hope for the entire nation to advance the agenda of needs-based minimum wage and implementation of the Supreme Court landmark order in the Raptakos case.

Note: An earlier version of this statement erroneously stated that there were no provisions for ensuring equal opportunity to women in the labour codes. This claim was found to be incorrect and the story has been updated accordingly.