Bharat Bandh: Why Workers Brought India to a Halt for Two Days

An estimated 200 million workers across various sectors carried out a protest against the Modi government’s ‘anti-labour’ policies. 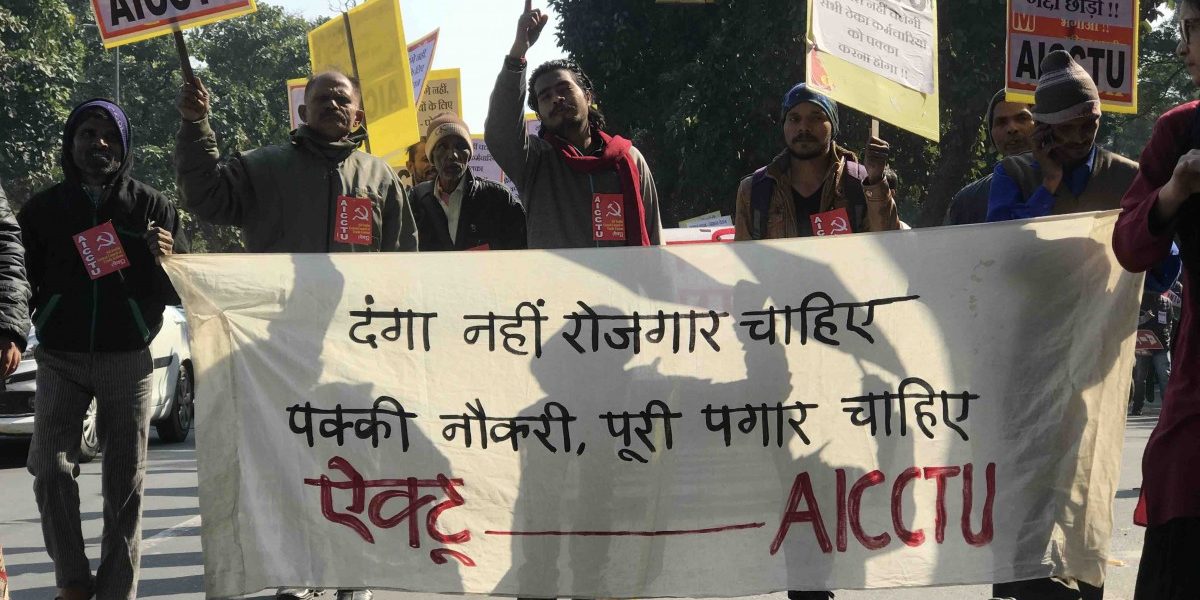 New Delhi: Issuing a clarion call against the Modi government, an estimated 200 million workers across various sectors successfully carried out a two-day nationwide strike on January 8-9. They were protesting against the government’s ‘anti-labour’ policies and alleged that the ruling party favours corporates over the interests of the vulnerable working class.

While finance minister Arun Jaitley doesn’t see any ‘real issues’ in the protest and hints at it being the Left’s attempt to stoke ‘symbolic unrest’ to ensure their survival, striking workers assert the Modi government is apathetic towards them.

The strike was a part of the programme adopted by the National Convention of Workers, called jointly by ten central trade unions in September 2018. The RSS-affiliated Bhartiya Mazdoor Sangh (BMS) is the only central union that did not participate in the strike action.

Also Read: Why Govt Employees Are Up in Arms About the New Pension Scheme

“This Bharat Bandh does not concern the workers at all, it’s politically motivated and the BMS will not endorse any such action. Workers are falling in the trap of the CPI(M) and Rahul Gandhi, and being ‘abused’ to further political interests,” Brijesh Upadhyay, national general secretary of the BMS, told The Wire. On being asked about the charter of demands, he added that seven of the 12 demands have already been partially addressed by the government. 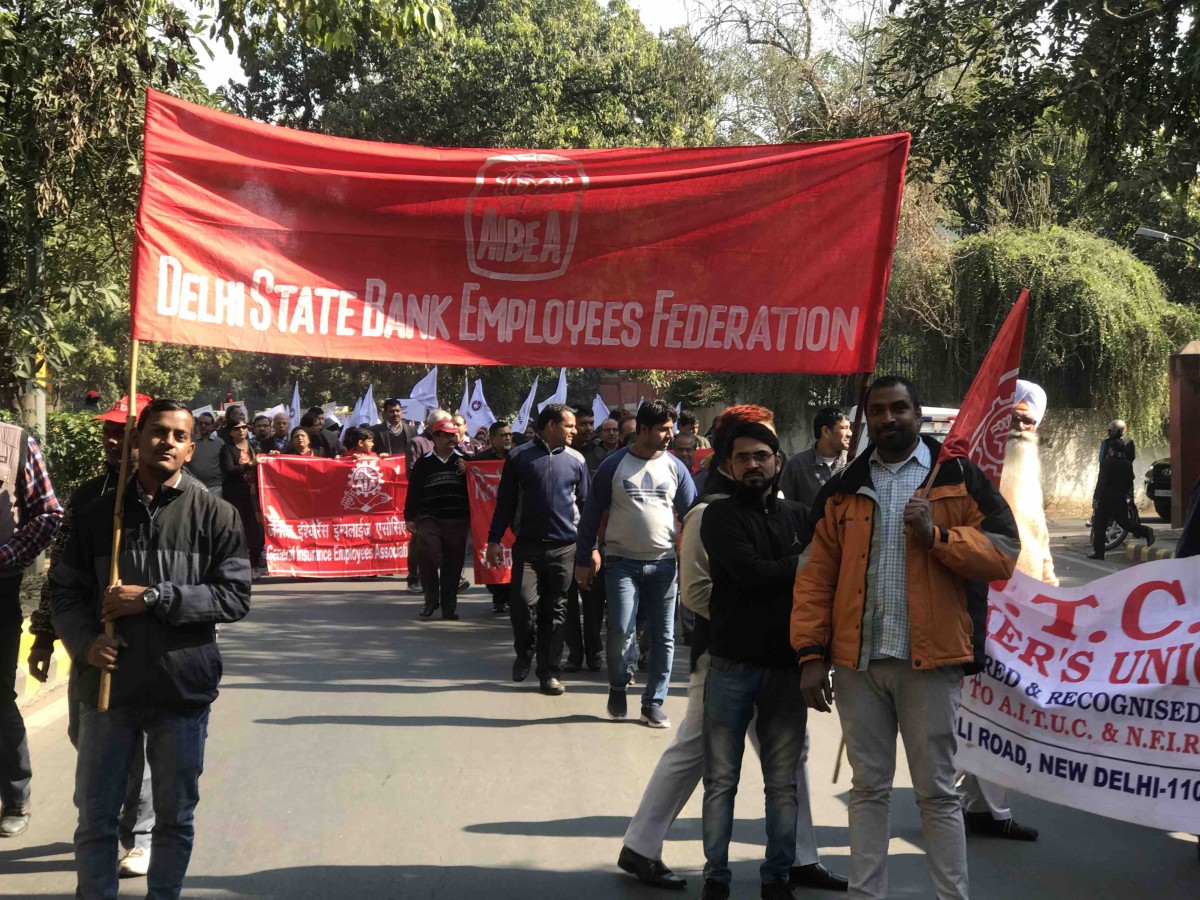 The strike is being hailed as the ‘largest ever’ and has also garnered solidarity from farmers, students and teachers. The central trade unions claim that those participating in and supporting the strike include industrial and service sector workers, central and state government employees and workers from the unorganised sectors like construction, beedi, street vendors, domestic workers, home-based workers, rickshaw, auto-rickshaw and taxi drivers, agricultural workers etc.

Among the most pertinent demands raised by the protesters and union leaders was minimum wages of Rs 18,000, assured pension of at least Rs 3,000, withdrawal of the fixed-term employment provision, an end to privatisation and disinvestment from Public Sector Units (PSUs), end to contractualisation, against FDI in defence and railways and guaranteed social security for all workers.

Also Read: Why Is the Narendra Modi Government Selling off a Profit-Making PSU?

“They are winding up PSUs and surrendering our natural resources to big capital. Demonetisation already hurt the MSME sector that generated the most employment,” Amarjeet Kaur, general secretary of the All India Trade Unions Congress (AITUC) told The Wire. She also criticised Modi government’s move to introduce fixed term employment (FTE) for ease of doing business.

Under FTP, employers can hire workers for specific projects that are seasonal in nature. Trade unions see this as encouraging contractualisation and against the spirit of the Contract Labour (Regulation & Abolition) Act. Contract workers are considered the most vulnerable as they are rarely paid minimum wages or receive any social security benefits.

“Fixed term employment will lead to further pressure on the economy as jobs will be precarious, incomes and purchasing power will drop leading to the economic slowdown and a dip in manufacturing,” Kaur added.

On Foreign Direct Investments (FDI), she said, “100% FDI not just being introduced in railways and defence but animal husbandry and farming too. Modi appealed to the workers to become employment generators and not just seekers. FDI will only hurt Indian employers.”

Discontent against the codification of the 44 existing labour laws was also widespread. “In the garb of codification, they are diluting provisions meant to protect workers. ‘Hire and fire’ regime is being encouraged,” Tapan Sen, general secretary of the Centre of Indian Trade Unions (CITU) told The Wire. 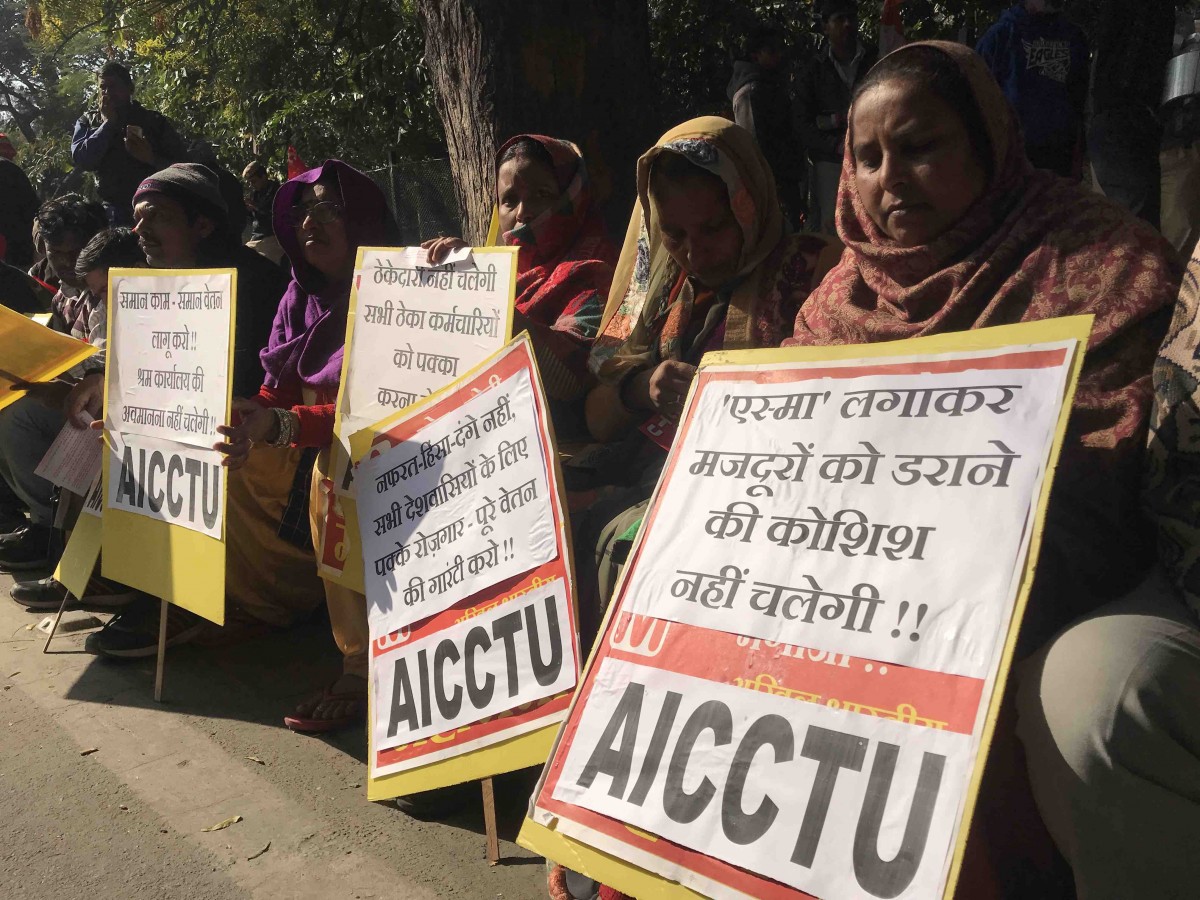 Kaur and Sen also alleged that funds meant for the welfare of workers are being diverted. “Rs 2 lakh crores of welfare funds will be pumped into the stock market. Global experience of investing welfare funds in the market shows us that it has failed everywhere. Bottom level protection is ensured for welfare funds invested in markets elsewhere but there’s no such provision in India,” Sen added.

Kaur also criticised the move to replace the Industrial Disputes Act with the labour code on industrial relations that increases the threshold from 100 to 300 workers – i.e., allows factories with up to 300 workers to retrench workers or shut down without the government’s permission. She says that 86% of industries employ less than 300 workers and will now be free to exploit workers using this provision.

The Modi government’s move to bar the Congress-affiliated Indian National Trade Union Congress (INTUC) from all tripartite meetings is another bone of contention between central trade unions and the government.

“Modi has done this because of political vendetta, our internal disputes are being used to delegitimise us,” Rishipal Singh, national Secretary, INTUC, told The Wire. Central trade unions have protested against this move and are boycotting meetings with the labour ministry because of this.

Anger against the Modi government for failing to generate employment and contain price rise is another hot-button issue for the workers. “Modi government promised crores of jobs, but in reality, we have seen rising unemployment and farmer suicides. Anti-worker policies are being introduced. We fought the British to secure rights like the Trade Union Act, but this government is trying to dilute these laws in favour of big businesses,” Santosh Rai, Delhi state secretary of All India Central Council of Trade Unions told The Wire.

Workers who marched from Mandi House to Parliament Street on Wednesday have vowed to dismantle the Modi government if it doesn’t make amends. In the march that saw thousands of participants from across various sectors, they warned the government of an electoral defeat if their demands are not addressed.