'There Has Been No Business This Year': Demand Plummets For Bengal's Weavers

“The opening of the markets would bring no respite to us. There would be hardly any sales during the festive months due to financial doom," said a weaver in Dhaniekhali. 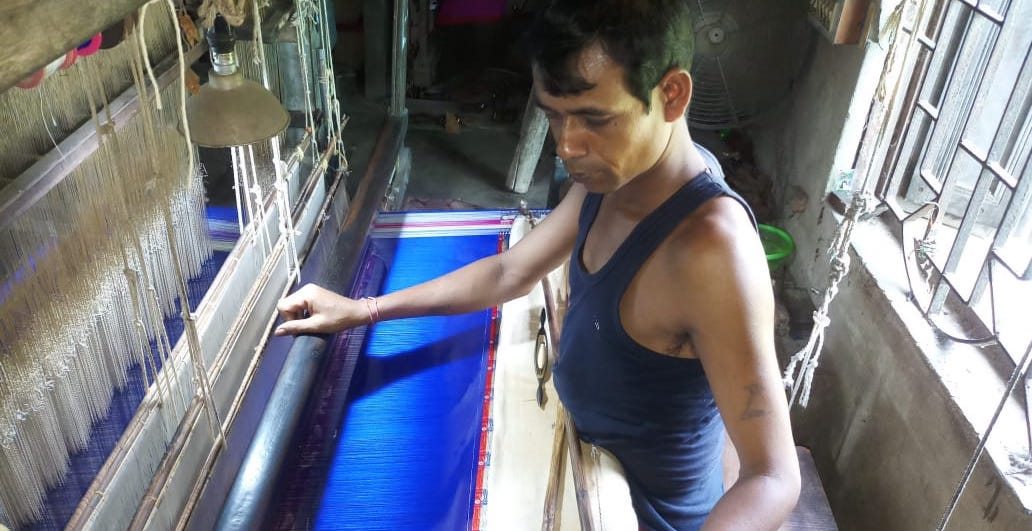 Kolkata: Raju Singha Rao, a handloom sari weaver at Phulia in West Bengal’s Nadia district, has been having sleepless nights since the nationwide lockdown was announced on March 24.

The financial crisis coupled with thoughts of starvation and hunger has been keeping him awake. The 40-year-old says that the pandemic has virtually wiped off his business.

“I have not sold a single sari over the past two months. We lost the crucial season of Bengali New Year in April and Ramzan to the lockdown. The restrictions might be lifted sooner or later, but who will buy saris when survival is itself a challenge every day?” he said, his voice choking up.

He is not alone. A similar predicament is shared by over 1.2 lakh weavers in the Shantipur-Phulia region of Nadia, which is the hub of weavers churning out Shantipuri, Tangail, and Jamdani handloom sarees in a variety of yarns like cotton, tussar and silk. Products like dhotis, dress materials, stoles and scarves are also woven in these clusters along with saris. Most of them have switched from handlooms to power looms to make saris. 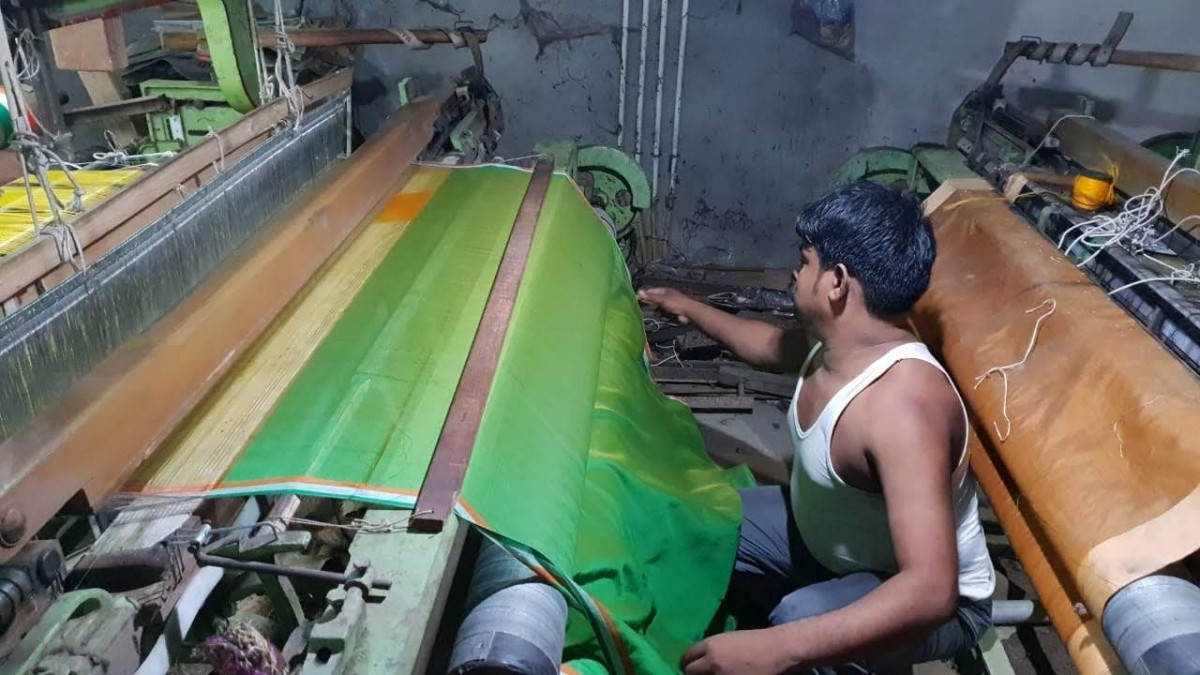 The saris manufactured here are not only in huge demand across the country but also exported to Sri Lanka, Malaysia and other countries. Traders from several parts of the country throng here across the year for bulk purchases. But the lockdown has brought everything to the standstill, right from the manufacturing to incomes.

Also read: Bihar’s Weavers Caught in the Warp and Weft of Crisis

“We have been reeling since the onset of the New Year. Our business suffered for two months when the administration closed our shops and units following the widening of a road into a highway that passes from near our units. We resumed work in the first week of March. We were expecting some kind of normalcy but the lockdown broke our back. It is becoming difficult to feed our families. The situation is turning severe with each passing day. I have lost around Rs 60,000 in the past two months,” said Debabrata Shil, a 23-year-old handloom weaver in Phulia.

Apart from the weavers, the lockdown has also severely impacted the small vendors who sold saris from door-to-door.

Sanjay Karmakar, 32, who sold saris on a bicycle in different villages of Nadia said that it would be difficult for him to continue his business further. “I earned my livelihood by selling saris from door to door. Women pay the amounts in small instalments but the pandemic has destroyed everything. I have a stock worth Rs 1 lakh saris in the house and already outstanding dues have touched Rs 1 lakh. Women are refusing to pay citing no income of their husbands due to lockdown. But I have to pay to the wholesalers. I am planning to take up a job to sustain. It would be difficult to do business anymore after having lost all my investments,” he said. 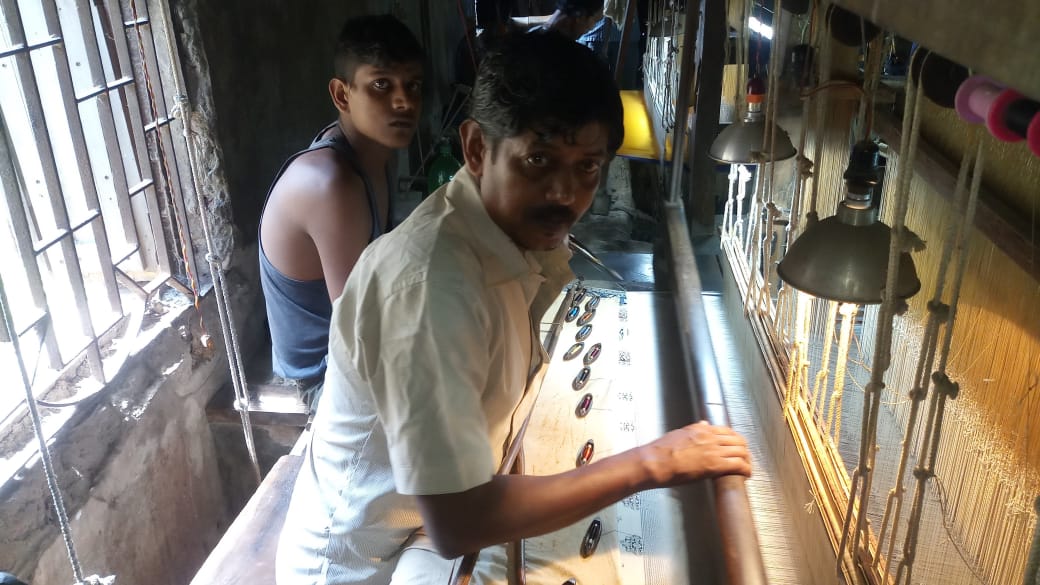 But Phulia is not alone. Dhaniekhali in Hooghly district is another hub of weavers that has around 10,000 weavers who are facing severe losses every day. The weavers here are still involved in the traditional method of weaving saris through handlooms.

Tarun Bhor, a weaver, said that the availability of raw material would be the biggest challenge post lockdown, “The migrant labours that used to deliver threads and other raw materials to us have already left for their home states. Most of the labours were from Bihar and Uttar Pradesh. It is not possible for us to run to Kolkata for raw material every time. The wholesalers who purchased our saris are not giving fresh orders. Co-operatives societies have also stopped work. Women from minority community bought our saris in bulk during Ramzan, but there has been no business this year,” said Bhor.

Also read: From Anonymity to Stardom: Bengal Madur Weavers Spin a Fairytale for Themselves

Weavers also fear that Durga Puja, which is still five months away, has already been wiped off this year, “The opening of the markets would bring no respite to us. The situation might remain unchanged for a year until some sort of normalcy arrives. There would be hardly any sales during the festive months due to financial doom. Several units might close down after lockdown because the weavers have no money left for weaving. The government has not offered any support to us. We have read in newspapers about the Union government extending support to the MSME sector. But we are yet to receive anything,” said 49-year-old Subroto Das, a weaver in Dhaniekhali.

Sujoy Laha, who runs the Dhaniakhali Saree Museum, and is a wholesaler and exporter of tant (cotton) saris said that he has sustained close to Rs 45 lakhs in loses in the last two months, “We not only sell saris in different parts of the country but also do exports. The problem with our trade is the change of taste. The designs that are liked and worn by women at present might become out dated and go out of fashion in the next six months,” he said. 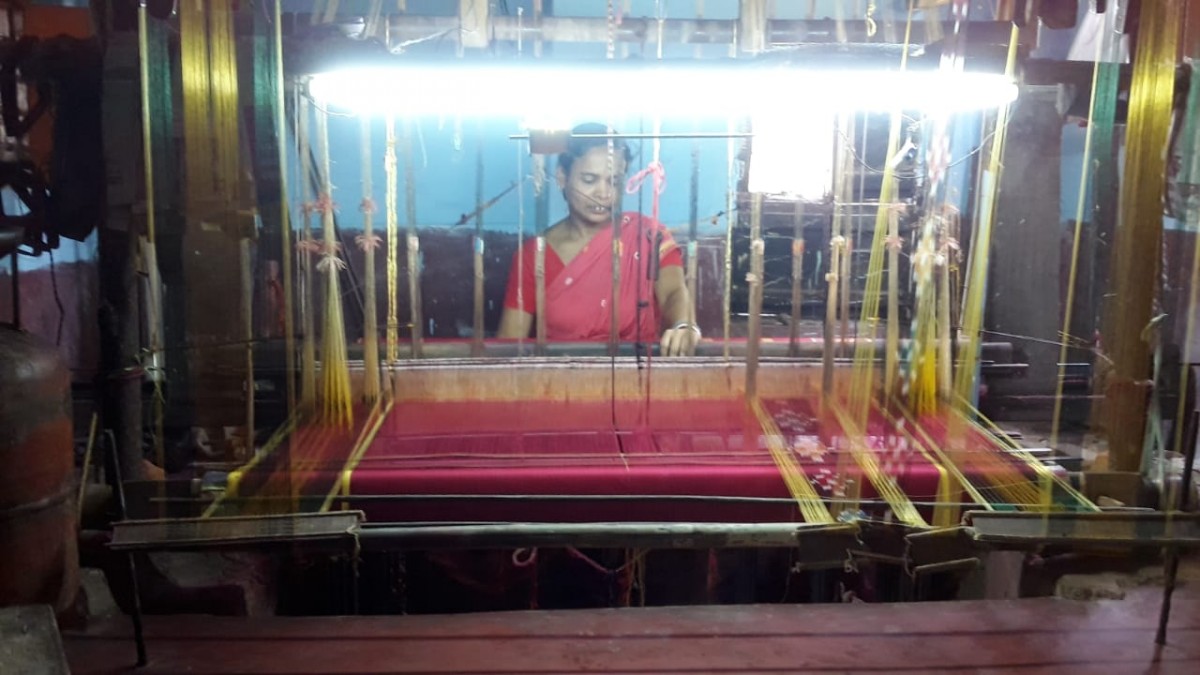 “We have stock pile of goods that could have been sold during the Bengali New Year and Ramzan but we might be forced to dispose them at throwaway prices if the tastes of the buyers change. We would then face double losses in terms of poor sales and clearing out old stock. The spread of the virus has also cautioned people from travelling far which has hampered our business as the wholesalers from other parts of the country are unlikely to visit here anytime soon.”

The Union finance minister has announced six reforms to power the MSME sector considered the backbone of the Indian economy. Some of the benefits include raising the investment from Rs 25 lakh and Rs 10 lakh respectively to Rs one crore with a maximum turnover of Rs 5 crore in micro-enterprises in both the manufacturing and service sectors.

Gurvinder Singh is a journalist based in Kolkata.