As COVID-19 Rages, the Road Ahead for Migrant Workers in Himachal Looks Bleak

The migrant labourers working in the hilly state fear a repeat of what they had seen during the first wave of the pandemic. 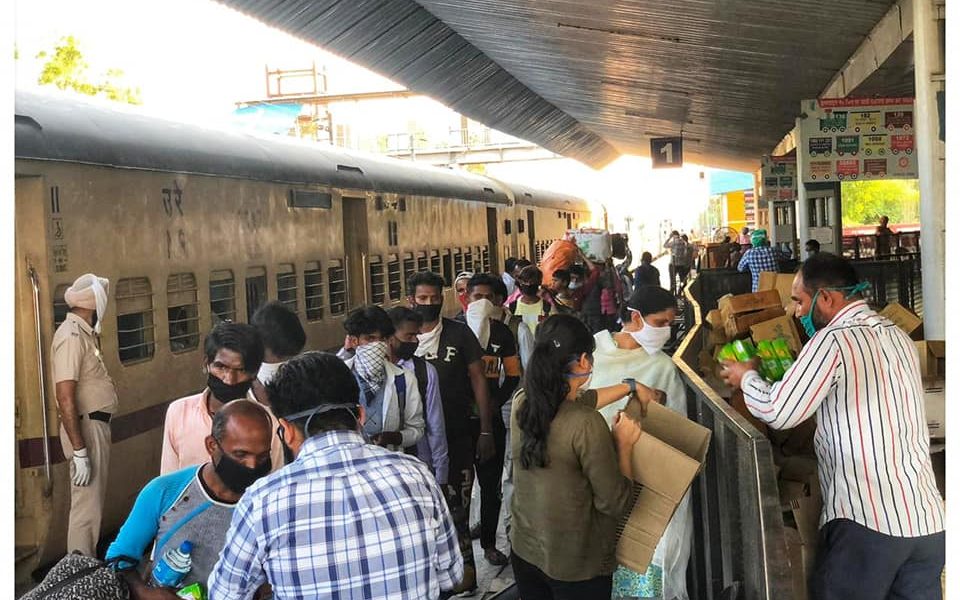 Migrant workers from Chhattisgarh working in Himachal Pradesh catching a train from Amritsar with the help of Highway Help volunteers. Photo: Special arrangement.

In the third week of April, India’s raging pandemic’s second wave burst onto our phone screens with aerial images of burning pyres in crematoriums. Not very far away in the upper reaches of Pangi in Himachal, temperatures hit a sudden low due to heavy snowfall. Five migrant workers lay huddled in blankets on the floor of a public toilet of a local bus stand. They were among a group of 20 who had just entered the area to work for a contractor. They were ‘isolated’ after they tested positive for COVID-19.

Hundreds of workers moving up from the plains to the mountain areas like Ladakh and Himachal are undergoing multiple tests, but there seems to be no plan or health infrastructure for those infected. This shocking absence of preparedness comes after having gone through the first wave of COVID-19, after months of lockdown that gave the government enough time to prepare ‘COVID care facilities’, after two lakh lives reportedly gone, after millions of migrant workers lost their livelihoods and shoved into a spiral of poverty. We are transported back again to the same time last year. Only this time, it is a tsunami and those on the surface, gasping for air, are not the working class.

Migration in the mountains

In the mountains, the lives of migrant workers, like many other hidden realities, are tucked away in deep folds and crevices. Mainstream perception is that ‘migration’ here is always about movement from the mountain towards the plains. We see Paharis as ‘unexposed’, leaving arduous terrains, bereft of earning opportunities, in the search for a better life. But, unlike the neighbouring Uttarakhand with ghost villages, Himachal became a separate state way back in 1970, with far better services and household incomes which to an extent kept outmigration in the state comparatively lower.

Not all those heading to Punjab and beyond from Himachal are doing it out of distress. Many outmigrants from relatively privileged caste families are looking for private salaried jobs or a university education.

Post 1980s, with the expansion of industrial centres like Baddi-Barotiwala-Nalagarh (BBN) and Paonta Sahib, multi-level development project construction, and growing local interests in horticulture and cash crops, the demand for semi-skilled and unskilled labour and better wages drew migrant workers from other states to Himachal.

From the densely inhabited labour colonies and shanties in the critically polluted BBN Industrial zone to the unsafe and landslide-prone road and hydro project sites in mountainous areas like Kinnaur, we see Adivasis and Dalits from Uttar Pradesh, Jharkhand, Chhattisgarh and Madhya Pradesh.

Carrying backbreaking loads up steep slopes and stair-cased bylanes of urban centres are mostly Kashmiris. Tending to and harvesting apple, other fruits and off-season commercial vegetables in terraces are Nepali workers. Masons, carpenters and workmen from Bihar are known for their neat and efficient house construction skills across the state.

Sanitation workers in cities and towns of Himachal are mostly non-local, Valmikis and other denotified tribes living here for decades, albeit labelled ‘encroachers’ and ‘sqatters’. Migrant workers from marginalised communities form the backbone of a predominantly rural Himachal’s economy, working in the toughest conditions imaginable, often as ‘otherised’ and ‘invisibilised’ outsiders.

And so when a sudden, unplanned and complete all India lockdown was announced in March last year, in a state that boasts of good governance, migrant workers were left in the lurch. Most migrant workers are not registered with the state Labour department. 2011 census tables on total migrant workers remain unpublished even today. While a rough assessment from the census puts the number at 3.10 lakh, this number has doubled if not tripled in the last decade. For a state with a population of 70 lakh, this number is significant. 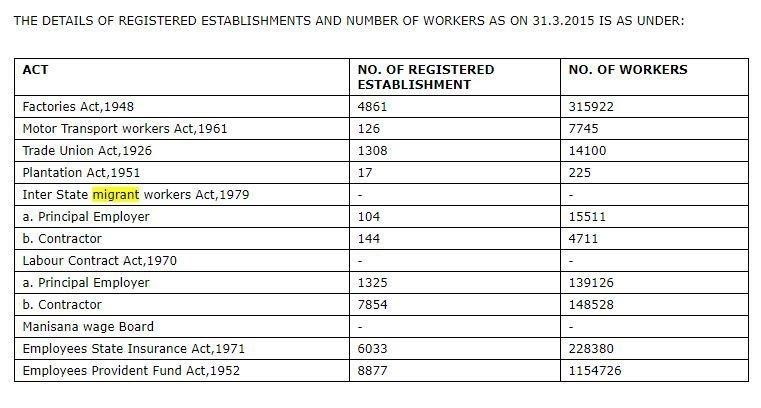 The lack of this information combined with the ‘invisibility’ of migrant workers made Himachal administration’s planning and outreach for targeted relief difficult. Even as moving images of the migrant workers exodus from the big cities became public, the condition of workers’ in the state was obscured.

“We have been managing our rations on loan from the shops. The room rents and electricity bills have to be paid off. My wife is unwell and the expenses are piling up each day. When will the government do something?” said Faeem, a migrant worker belonging to Uttar Pradesh from Baddi in early April 2020. Up until this time, it was either the contractors, panchayats and civil society organisations who had jumped into action for relief delivery.

Coordinated relief happened only after the Shimla high court issued directions asking for action taken reports. Despite this, control rooms were slow in their responses and calls often remained unattended. Migrant labourers complained about interrogation and discriminatory attitude of the officials. Whereas, on the pandemic, Himachal seemed to be preparing since February 2020.

As early as March 16, 2020, social gatherings and tourism restrictions were in place. However, as the communal profiling and fake news based fear mongering gathered momentum in the national and state media, in the first few days of the first lockdown government remained focused on targeted tracing and testing of those who had returned from Tablighi Jamat gathering. The social stigma around COVID-19 along with communalised sentiments triggered discirmination, and two separate incidents of brutal attacks on Kashmiri migrant workers from Pandoh and Barot regions were reported in April 2020.

By the second lockdown, many migrant workers were under duress as house-owners demanded rents. The state government simply issued statements asking workers to ‘stay back’ with assurances that rations would be taken care of, even though that was not enough relief.

With little help forthcoming, workers from places closer to state borders, like Baddi started walking with families, crossing over to Punjab, facing police harassment. Media persons who were reporting workers’ distress from the ground were slapped with FIRs. While nodal officers for the movement of stranded workers were appointed and interstate registration websites became operational only in May 2020 after the home ministry guidelines, the priority of the government was to first bring back its own people.

The endless wait to go home

Poor interstate coordination made matters worse, as Himachal’s nodal agencies kept waiting for responses from overloaded states like Uttar Pradesh and Bihar. “Who would bear the cost of the trains is unclear..,” was the response from the Himachal nodal agencies. This also pointed to the lackadaiscal manner in which the Centre had washed its hands off the matter. Still, registrations continued through online platforms which were impossible for workers to navigate.

“Most of us don’t have smartphones, those who don’t have money for the data packs” was an oft-repeated complaint. Many could not be registered because their identity cards were with contractors. Pending wages were used by contractors to retain workers forcefully, as was a case with a group of 50 workers from Gumla in Jharkhand stuck in Solan.

Also read: Blunting the Economic Impact of the Second Wave of COVID-19 With a 3, 6, 9-Month Plan

Nepali labourers hired their own vehicles to leave all the way to Bharech district of Uttar Pradesh. Nodal offices had no information on protocols for international border crossing for them. Some workers mortgaged lands and sold jewellery to pay private taxi charging exorbitant rates upto Rs 5000 per person. While very few buses were arranged by the administration, Shramik Trains from Himachal ran as late as the third week of May 2020 carrying out 13000 people.

Whereas by end of June 2020, 98,000 migrants had been issued passes to leave the state as per government data. This implies that most of them would have left at their own expense. Number of workers forced to walk is not available. The Supreme Court took action on stranded migrants only in June 2020, as lockdown norms were already starting to be loosened. 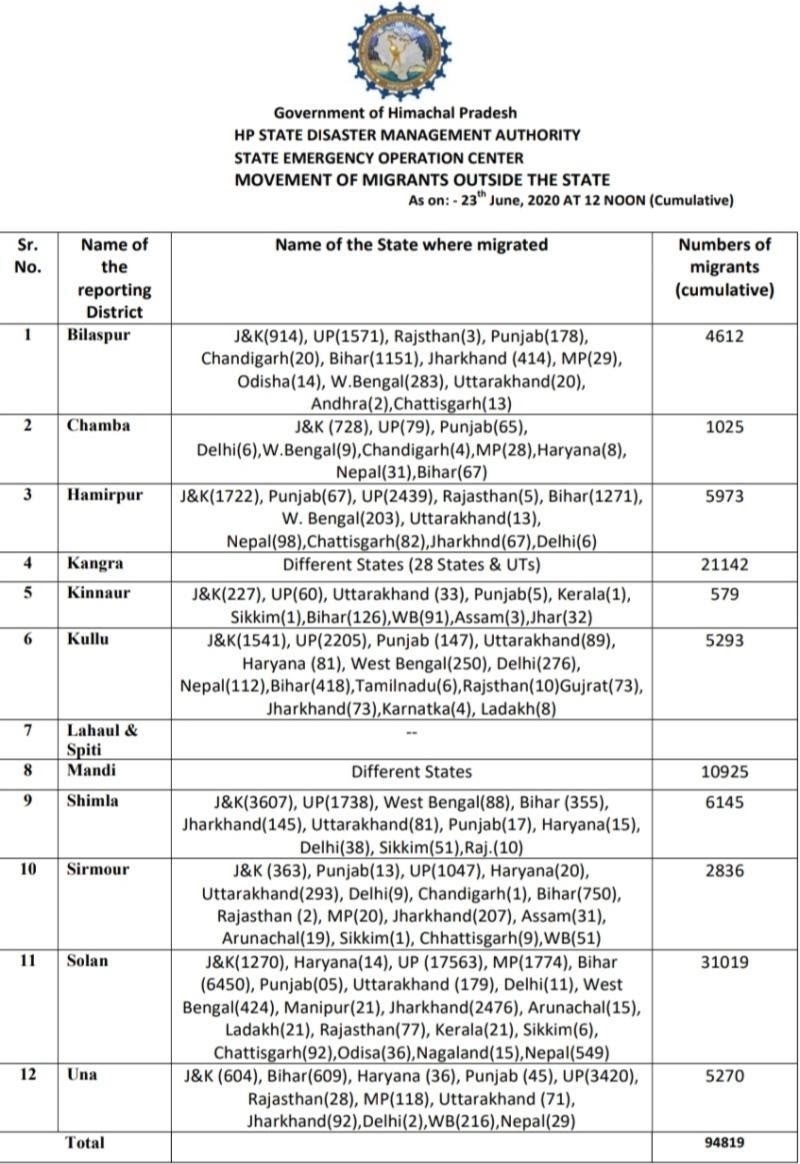 Amidst this chaos in the lives of the workers, Himachal was one of the states to dilute three main labour laws providing exemptions in hire and fire policies, a cap on the number of workers and overtime rules. Reason cited: promoting ease of business and activating the economy.

“The case of 19 young women workers from Assam who were forcefully detained by a textile company in Baddi during the lockdown is but an example of the coercive conditions that workers, especially women, have to live under. Their movement out was finally arranged in June with the support of some sensitive officials.

Strengthening of labour courts, ensuring compliance to a strong set of labour laws or universal access to ration, housing education and health facilities along with fair wages – these are critical immediate measures for redressal of migrant workers’ issues.

Political commitment to protect the constitutional rights and dignity of workers as citizens is a must for this to happen. Questioning power-mongering global and national establishments operating on the profit earned off informalised cheap labour, and breaking entrenched caste heirarchies that put workers on the lowest rungs, could bring us closer to a free and just world in the long run. Meanwhile, those ruling Himachal have little time to gloat over ‘better-handling’ of the current crisis. We have already learnt the hard way that we can ill-afford such arrogance.

This article is based on the report “Adhunik Himachal ke Adrishya Nirmata”, written and published in September 2020 by Himachal Pradesh Workers Solidarity, a voluntary initiative started during the lockdown. Authors, Manshi Asher and Himshi Singh, are also part of the initiative.