A New Calculation for the Beneficaries of India's Food Security Act

Will India be distributing food grains to the poor in the year 2031 or will it attempt to move towards cash transfers? 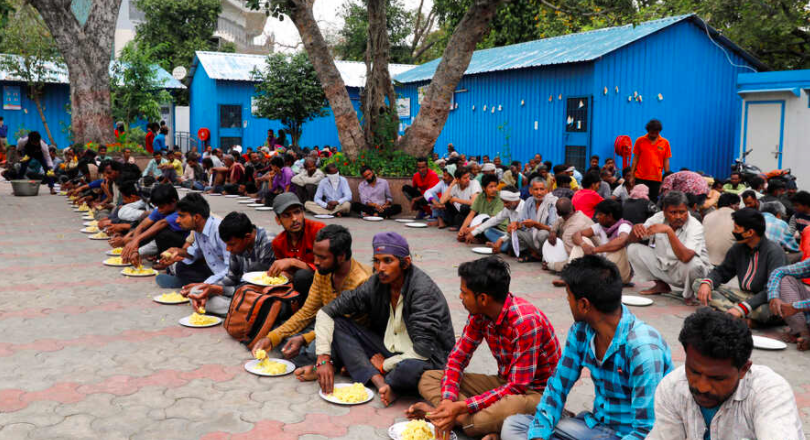 Daily wage workers and homeless people eat food inside a government-run night shelter in Delhi, during the lockdown, in March 26, 2020. Photo: Reuters

This is the second in a two-part series on the Supreme Court’s June 2021 order on the plight of Indian migrant labourers. Read the first part here.

On June 29, 2021, the Supreme Court passed an order of great significance for the wellbeing of migrant labour and food insecure.

There were five major directions in the order of the apex court – the first four of which are discussed here – but it is the last component that deserves perhaps the most attention.

In its fifth direction, the Supreme Court asked the Union government to conduct an exercise under Section 9 of the National Food Security Act, 2013 (NFSA) to re-determine the total number of persons who will be eligible to receive subsidised food grains in the rural and urban areas.

Section 9 of the Act says that this number will be decided on the basis of published Census figures. Further, Section 3 provides that up to 75% of the rural population and up to 50% of the urban population can be provided subsidised food grains.

It may be noted that the apex court deemed redetermination of coverage under NFSA necessary in view of the fact that the existing registry of its beneficiaries was on the basis of population and household consumption estimates of 2011-12 and no revision has been undertaken though 10 years have elapsed.

Due to economic slowdown since 2016-17 and the devastation caused by the COVID-19 pandemic, it is feared that the number of poor in both urban and rural areas would have substantially increased. 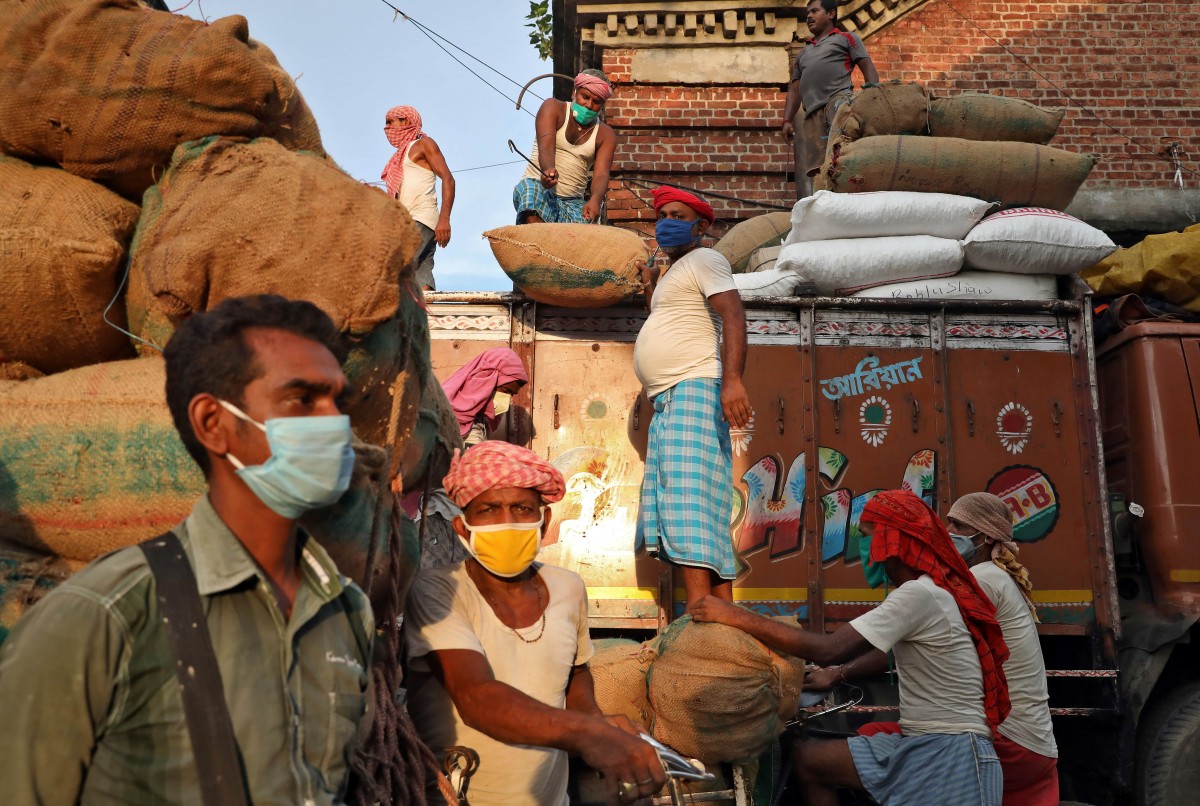 Research conducted by Azim Premji University estimated that 23 crore additional persons slipped below the poverty line (defined by the national floor minimum wage of Rs 375 a day) due to the pandemic. An analysis by Pew Research Centre estimated that the number of poor in India (with incomes of $2 or less a day) may have increased by 7.5 crore.

This study also estimated that the middle class in India may have shrunk by 3.2 million crores as a consequence of the economic downturn in 2020, compared with the number if there was no pandemic. The second wave of pandemic, which was much more severe, would have also contributed to impoverishment of large numbers of people on account of exorbitant bills of medical expenditure.

As per section 3(2) of NFSA, the coverage cannot exceed 75% of rural population and 50% of urban population, as per the published figures of the census. Since Census 2021 has not started due to the pandemic, the government can argue that the coverage under NFSA can only be within the Census figures of 2011, that is 81.3 crore people.

It is widely accepted that the families having ration cards were largely shielded from the devastation caused by the pandemic and there are hardly any reports of hunger deaths. By making additional allocations under PMGKAY, the Government ensured that ration card holders survived the loss of income and employment.

However, it is also well recognised that there would be a large number of poor who deserve subsidised food grains but who do not possess ration cards.

They have to buy food grains from the open market at much higher rates. The Right to Food Campaign has been demanding that the government should not by technical requirement of the 2021 Census and it should accept the report of technical group on population projections (2019), published by the National Commission of Population, Ministry of Health and Family Welfare.

The Commission has projected India’s population at 136 crores in 2021. If the coverage under NFSA is restricted to 67.2% population, as was done after the enactment of NFSA in 2013, another 10.2 crore people will become eligible for subsidised food grains under NFSA.

So, it would be Niti Aayog which will have to make state wise allocation of additional numbers. 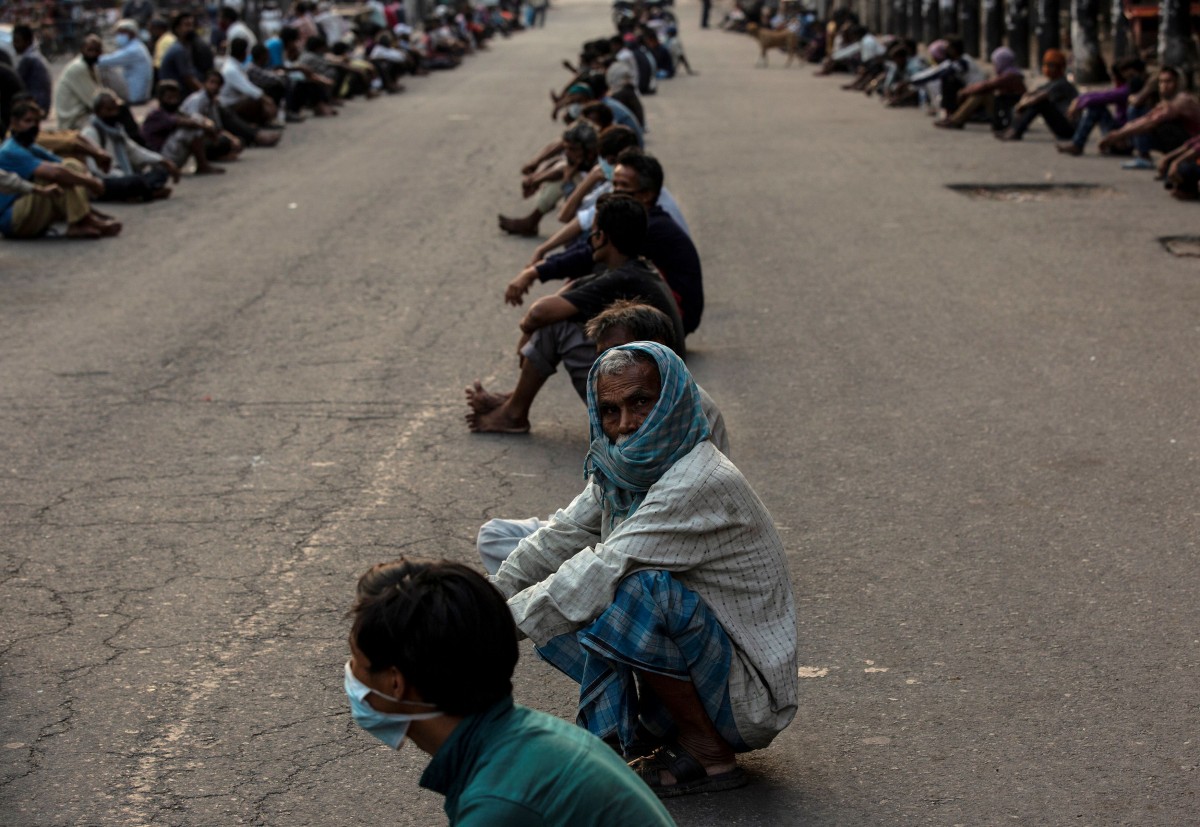 It is not going to be easy as the Socio-Economic Caste Census, earlier used by the state governments, was conducted in 2011-13 and its data would not be relevant now. So, some other method will have to be devised. It will need serious deliberation in Niti Aayog, in consultation with the state government.

In the meantime, one option that merits consideration is the allocation of an additional number of 10.2 crore beneficiaries among the states, on the basis of their existing proportion in the total beneficiaries under NFSA. The states can be allowed to identify these beneficiaries, using the same set of criteria which they had used for selecting the beneficiaries after enactment of NFSA in 2013. States can be given six months to complete this process.

As and when the population estimates of Census 2021 and household consumer expenditure survey of the National Statistical Office (NSO) become available, a comprehensive revision of the NFSA beneficiaries could be undertaken by the State Governments. However, census and NSO data may not be available for another three years.

However, a wait of even six months will be too long for some people who need urgent help due to loss of income, jobs and expenses on medical treatment during the pandemic.

To provide food security to such people, the government must consider allowing those who do not have ration cards to purchase 10 kg food grains from a ration shop by producing their Aadhaar number. This can be allowed till the duration of Pradhan Mantri Garib Kalyan Anna Yojana, that is, November 2021. The Delhi government had announced this scheme and long queues were witnessed at ration shops earmarked to issue food grains to non-ration card holders.

In order to prevent leakage and diversion, the issue price for those without ration cards, could be fixed at about 50% of MSP. So, the issue price of wheat and rice would be Rs 10 per kg and Rs 15 per kg respectively. This can bring self-targeting as only the needy will stand in long queues to get food grains at this price.

Several economists have been arguing for cash transfers. The problem is that the government does not have a comprehensive database of Aadhaar-linked bank accounts of those who are most deserving of such relief.

The PDS prevented hunger deaths during the COVID-19 pandemic. But in a 10-year perspective, distribution of food grains in physical form needs to be re-imagined and the policy makers in Niti Aayog and Ministry of Finance should ask themselves if India will still be distributing food gains to its poor in 2031.

Or will it move to income transfers by using the trinity of Jan Dhan, Aadhaar and mobile phones?

Some lessons from the COVID-19 pandemic need to necessarily be for long-term planning of welfare in India.