Vedanomics is All We Need for Achhe Din

It is not just the natural and life sciences which can trace their provenance back to Vedic times. Here is a select bibliography of Vedic sources for certain modern themes in the social and behavioural sciences. 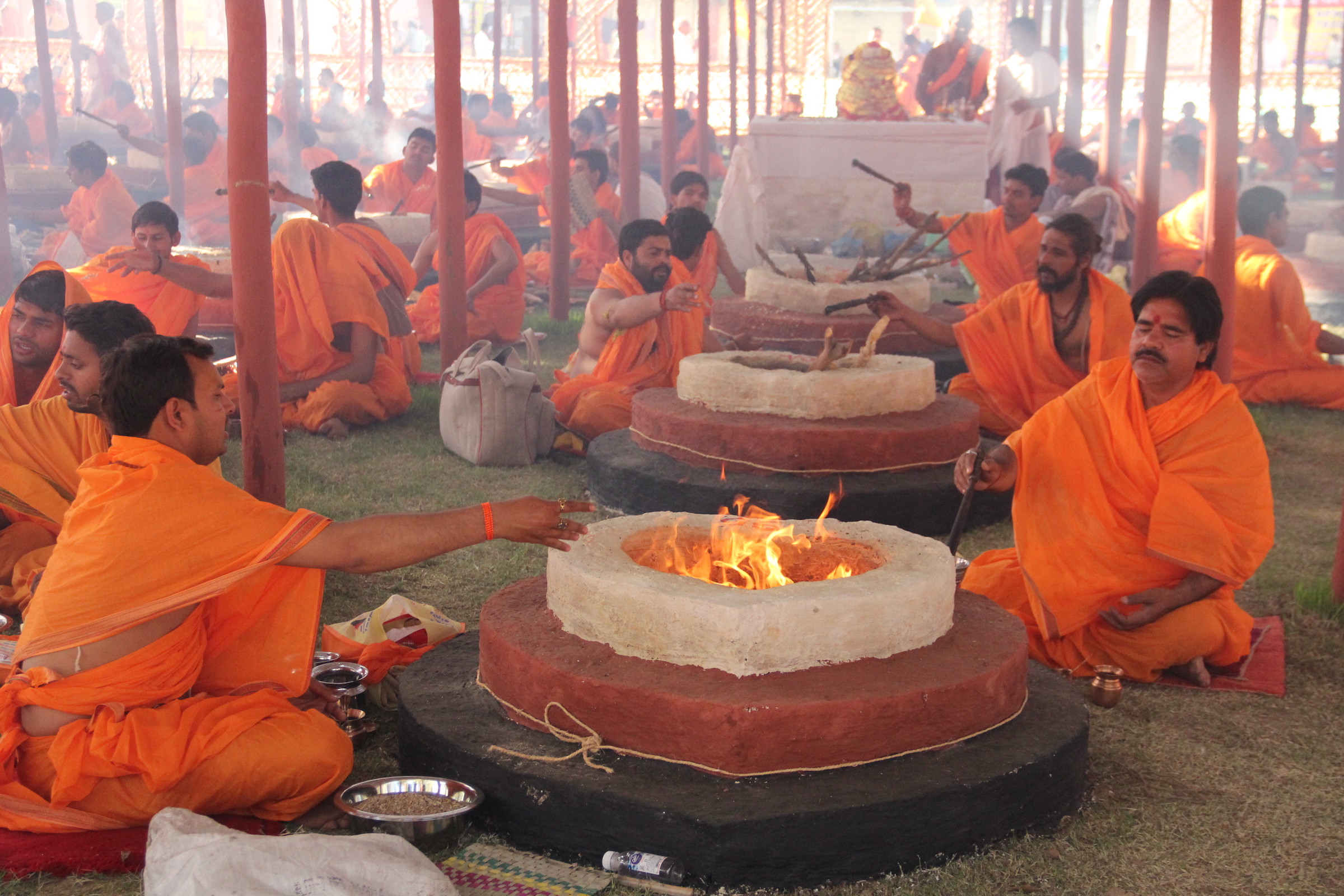 At a week long 'yagna' in Meerut, hundreds of priests are burning vast amounts of wood ... in order to fight pollution. Credit: Munish Kumar

There has, in the recent past, been a spate of invidious and seriously misguided commentaries on the allegedly anachronistic and unscientific allusions made by politicians of a certain persuasion to bodies of knowledge in Vedic antiquity that anticipated several ‘modern’ scientific theories in medicine and physics, among other disciplines.

This on-line publication has been a notable purveyor of such commentaries. A common and deplorable feature informing these ‘critiques’ has been a combination of motivated prejudice, uncouth satire, pseudo-secular arrogance, cultural deracination, woefully inadequate scholarship, and anti-national sentiment.

This is reflected, for instance, in crude jokes and treasonable attacks that have been made upon the historical origins of such subjects as plastic surgery, general relativity, the aero-dynamics of flight, and genetic engineering. In the rough-and-tumble of politics, speakers addressing lay (or specialist) audiences can scarcely be expected to find the time for scholarly annotations of their statements, with detailed references to chapter, verse, and original text.

This wholly excusable omission in the cause of informal discourse and dialogue with subjects who are regarded with friendly sympathy by the speaker as idiots has regrettably been seized upon by critics to pour scorn and doubt upon the justifiably claimed pre-eminence of Vedic thought in the realm of science. This is a scandal, and the record cries out to be set right.

Indeed, it is not just the natural and life sciences which can trace their provenance back to Vedic times and texts, but also disciplines in the social and behavioural sciences, such as economics, politics and psychology. This very brief contribution is aimed at affirming this truth and negating some of the orchestrated efforts that have been made to tarnish it.

What follows is a short and select bibliography of relevant Vedic sources for certain modern themes in the social and behavioural sciences.

One is able, at best, to provide only rough dates for these sources: among other things, these texts and treatises are frequently the work, performed over time, of several hands, and it is never a simple matter to trace authorship back to some single identifiable person. The reader is invited to contrast this with the approved practice of uniquely attributing, say, differential calculus to Isaac Newton, who actually stole it, via Gottfried Leibnitz, from the Kerala Mathematical School (c. 1300-1500 C.E.).

In economics, both demonetisation and goods-and-services-taxation were comprehensively anticipated in the thesis (c. 1000-900 BCE) titled Praja Sampoorna-nāśa Prakarana (Treatise on the Comprehensive Destruction of a Country’s Subjects, trans. von Böhtlingk: Dordrecht, 1889), and commonly attributed to the worldly philosopher Narendra Bhattathiri.

The economics of land-acquisition is dealt with in Daridrabhūmicauryavṛttiśāstra (1800 BCE; trans. Max Mueller: ‘The Science of Stealing Land from the Poor’, Zeitschrift für Sanskrit, 1872).

The ancient (and anonymous) text (c. 2300 B.C.E) titled āhūtaprapalāyinvijñāna is the locus classicus on ‘Techniques of Absconding’.

The Lokatantravipralambhana, which Ernst Heinrich Meier translated as The Frauds of Democracy, can be more loosely (and usefully) rendered as Disqualifying Legislators; and the anonymous 800 B.C.E. treatise Vitathavādin (literally, ‘Lying’) was plagiarised and published in 1923 as Propaganda by Joseph Goebbels.

It would call for some generosity of spirit – or, less demandingly, an ordinary deference to facts – to acknowledge that several aspects of government policy, legislation, and practice in the present dispensation have reflected an inspiriting loyalty to the credo of our Vedic texts, which it is a simple matter to invent where they do not exist.

Above all, it should be an event of pride for all Indians that Keynes himself once acknowledged the debt owed by his General Theory of Employment, Interest and Money to Vedic Economics. This is a true statement, even if subsequent verification with the Estate of John Maynard Keynes should elicit a denial.