Justice for All, Comprehension for None

"In such a situation, the necessity is to scan the anatomy of the provision and lift it to the pedestal of constitutional ethos with the aid of judicial creativity that breathes essentiality of life into the same." 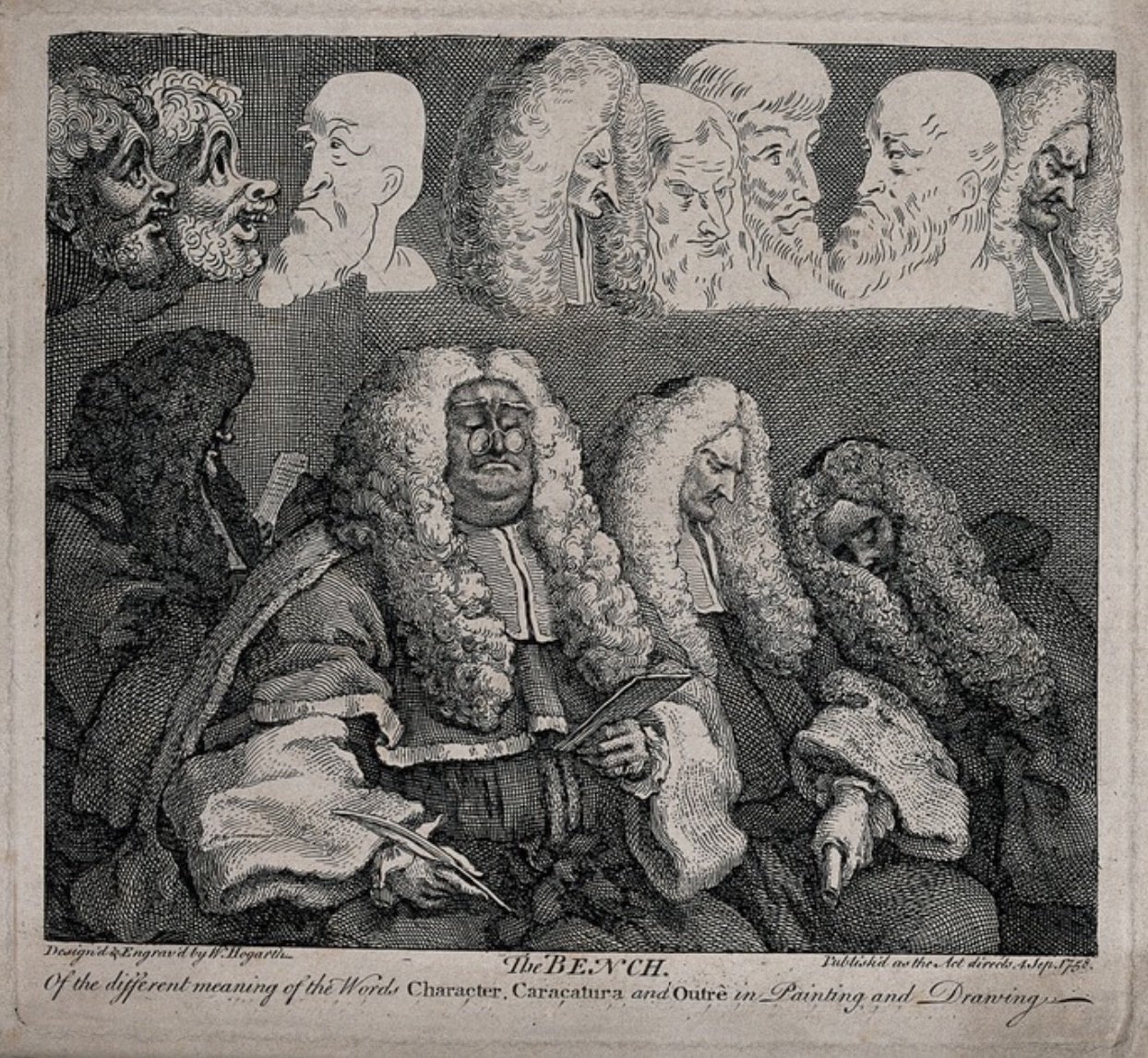 The Bench. Etching by W. Hogarth, 1758. Credit: The Wellcome Collection

No one should be seriously surprised if, in the not-too-distant future, an event should occur and some such report on it as the following one were to make its appearance in the print media:

“A group calling themselves Citizens of India recently filed a case in the Supreme Court against the justices of the Court. The petition accused some of the judges of violating the principle of ‘Justice for All’ by writing judgments which could not be understood by anybody, including in particular the authors of the verdicts. This suit was filed in the aftermath of an important judgment delivered in a case of great constitutional significance which ran to more than 500 pages and whose opening sentence alone took up 119 words.

“Petitioner’s claim was that of the 29,032 members of the group called Citizens of India who attempted to read the judgment, 89.02% could not proceed beyond the Prologue for reasons of extreme mental exhaustion, 7.69% lapsed into a coma from near-terminal neural drainage, and 3.29% expired from instantaneous paralytic incomprehension.

“It is learnt informally that the justices who presided over the case are furious over the fact that the Citizens of India are still at large though they were sentenced (in the cause of the country’s collective conscience) to death by hanging for displaying disrespect to the judges and contempt for the court.

“The sentence, it is understood, has not been carried out because nobody could comprehend the operational part of the judgment (nor indeed any other part of it).

“Reproduced below is a minuscule fraction of the 783-page judgment written by the Chief Justice on behalf of himself and his four colleagues constituting the 5-judge bench that heard the case. (By way of a word of caution, the excerpt below could have severe – including fatal – side effects on senior citizens who think they know English, patients with a history of heart disease, excitable individuals, and people of every other demographic description.)

In the Supreme Court of India

1.    This vexed and vexatious question, a query informed by the interrogative faculty of homo sapiens, is sought to be aired in the forum of public interest, designed for and designated by the class of claims known as human rights, in what is purported to be a bold and unpusillanimous blow for the expressive freedom of expression at the dispensing end of verbis legal to be expressly matched by the impressive freedom of interpretative and instructional internalisation at the receiving end of communi  sermone, in order that an exciting and excruciating balance might be struck between the demands and tensions and perceivedly oppositional forces of the Language of the Law and the Language of the Common Man (whose wife, sister and mother, may it be said in deference to the superior exaltation of the female of the species, are examples of the Uncommon Woman).

2.     Couched thus in the democratic ambience of reasoned and reasonable demand, this interrogative interrogation questions the propriety and meaning, not to say the hermeneutic interpretability and effect potentiality, of the prose in which is fashioned, by my learned colleagues – each one a master and a magister of the word whether it be articulated in the divine gift of speech or the sacred form of holy writ – those precious gems, those Tanzanites and Grandidierites and Jadeites, of jurisprudential wisdom distilled as it is in the essence of legal acumen, crystallised as it in the liquid clarity of experiential justice, and sanctified, not to say sacralised, as it is by the purity of Constitutional and, indeed, constitutive knowledge, a knowledge that transcends the understanding of the hoi polloi, even as it vaults over the high bar of such learned construal as can be achieved even by the highest authorities of discourse-mediated verbalisation.

3.    To thus convey opprobrium of the penmanship involved in the ostentatiously ornate organisation of the juridical  oeuvre and opus of an adjudicatory authority and interpretatory intercessor is an act that may convey a false and fallacious sense of democratic deliberation premised on the extenuatingly exquisite grounds of equal or at least not unequal equality before the law, but stands exposed, laid bare, revealed and denounced as an act that is as apparently appropriate as it is really reprobate, as seemingly seemly as it is indubitably insolent, as phenomenally pious as it is noumenally nefarious, for such opprobrium is craftily concealed in the beguiling beatitude of pious parity and counter-balanced commensurateness which constitute the misconceivedly mendacious ethic of the equality of unequals and serve directly to initiate a process of litigation that deserves the severest condemnation as nugatory, frivolous and ultimately contumacious, arising from which it would be prudent for petitioner to herewith and forthwith absquatulate—

“This reporter is afraid he is unable to proceed further: the machine on which he has been working has just flashed a warning on the monitor, which reads: ‘There will be an explosion if the content management system is expected to process any more of this ****.’ This reporter has had to resort to ‘****’ because even his restricted knowledge of the law suggests it is very likely that the word is ultimately contumacious.”

The author is an economist who lives and works in Chennai.