Why Bigots, from the Sangh Parivar to Pakistan, All Hate Akbar

The composite nationalism, or muttahida qaumiyat, articulated during the anti-colonial struggle represents the organic growth of the cultural moorings and desires of the people of India, unlike political Hindutva and its Islamic counterpart, 'Pakistan ideology'. 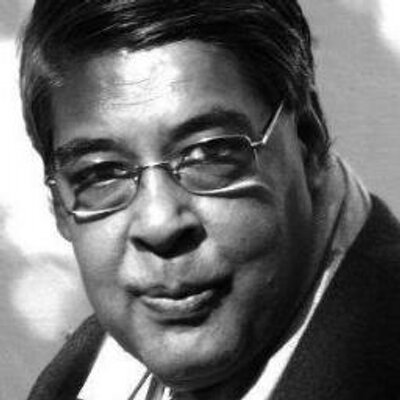 Shaina N.C., the articulate BJP spokesperson, made an important contribution to the national cause earlier this month when she helpfully reminded us that no country celebrates the memory of its oppressors. “Akbar Road should be renamed to Maharana Pratap Marg,” she tweeted. “Imagine Hitler Road in Israel! No country honours its oppressors like we do!!” A similar demand for renaming the road has also been made by General V.K. Singh, minister of state for overseas Indian affairs.

Though urban development minister Venkaiah Naidu was quick to curb her enthusiasm, the fact remains that Shaina’s view of Akbar accurately reflects the Sangh parivar’s wider view of history. Prime Minister Narendra Modi has himself referred to “1200 saal ki ghulami“, or the ‘slavery of 1200 years’ – rather than the 200 years of British colonialism most Indians speak of – a period that covers Akbar, the Mughals and every Muslim ruler India ever had.

It is just as well that Naidu chose not to invite another bruising debate at this time for there is no telling how deep the renaming exercise will eventually have to run. Apart from oppressors, the list of collaborators is a long one and surely they cannot be honoured either. Imagine an Israeli road named after Himmler, an Eichmann or even Hjalmar Schacht – individuals without whom the oppressive and genocidal machinery of the Third Reich would not have functioned so efficiently. So why should Akbar’s lieutenants be allowed to adorn street names in Delhi? Mansingh Road would immediately have to be renamed since it was he who actually defeated our hero on behalf of our oppressor, and whose descendants continued to serve the oppressors till the end. Today, we have an entire city, Jaipur, named after Mansingh’s descendant – Sawai Jai Singh. Ideally, Jaipur must become Shivajipur or perhaps Maharana Pratap Nagar. The Rajasthan unit of the BJP will no doubt break into celebration at this righting of a historical wrong. We also have Tansen Marg and Todarmal Lane (again in the heart of the city – how many unhealthy arteries this poor heart has to suffer?) and of course, Birbal Road, slightly off the heart. These treasonous Hindus are popularly recognised as the most valuable gems – part of the navaratna – of that Hitler-like oppressor, Akbar. Todarmal was born into an Agrawal family and was not only a financial genius, but also a great warrior.  He evolved a scientific system of land measurement and a sensitive, and hence effective, system of revenue assessment. So what? In fact, this Agrawal vaishya collaborated with another enemy figure, Sher Shah Suri, before Akbar picked him up.  Presumably, all the Agrawals supporting the BJP will burst fire crackers at this erasure of one of their illustrious ancestors. As for the road named after Tansen, it could be suitably renamed, perhaps in consultation with a great artist like Gajendra Chauhan.

Abdur Rahim Khanikhana was another of  Akbar’s navratnas. In the popular imagination, this particular jewel of the ‘oppressor’, Rahim, true to his name, is remembered as an incomparably generous benefactor of the poor, and helper of the needy, and a very humble soul.  How anti-national our people and their memories can be, remembering a close ally of our oppressor in such a way, someone like Shaina N.C. or V.K. Singh will surely say.  Not only that, he also composed poems in Brajbhasha; his dohas are considered epitomes of brevity and wisdom, and form part of the syllabus of Hindi literature today. In the Hindi literary traditions, Rahim is also believed to be a friend and admirer of our own Goswami Tulsidas. Quite naturally, the admiration was mutual but the proud inheritors of Tulsidas will not want to repeat his mistakes. Not only must his tomb go from the Nizamuddin area of Delhi, we will one day be told, but his compositions too must be erased from the syllabus and literature of the Hindi language.

This is where the great ideas of worthies like Shaina N.C. and V. K. Singh will logically take us. But, these ideas themselves are far from just the outpourings of individuals totally innocent of any sense of history. They are the articulation of a certain kind of idea of India, a certain kind of nationalism. The contents and the concerns of this variety of nationalism will become clearer if we read what Maulana Shabbir Ahmad Usmani had to say about Akbar. This Maulana was one of the leading ulema vigorously campaigning for Pakistan in the fifth decade of the last century. After partition, he was acclaimed as Pakistan’s Shaikh ul Islam. While campaigning in favour of his demand, he projected Pakistan as the first Islamic state in history that would attempt to reconstruct the utopia created by the prophet in Medina. The Maulana quite unambiguously identified Akbar as the enemy of Islam and the Islamic state.

Akbar’s idea of Din-i-Ilahi, and his distancing himself from “pure” Islam in his own personal life as well as in matters of state had infuriated many in his lifetime. And according to Usmani in the mid-20th century, Akbar’s ideas and practices were the forerunners of the idea of muttahida qaumiyat i.e. composite nationalism of India. And, hence, not surprisingly, just like BJP spokesperson Shaina N.C.,  he saw Akbar as a villain. To Shaina, Akbar is our Hitler; to the Maulana, Gandhism was a latter day form of Akbar’s Din-i-Ilahi, and both needed to be eliminated by jihad. Addressing a gathering in Lahore, Usmani reminded his audience that it was from this city that Shaikh Ahmad Sirhindi had launched a jihad against Akbar’s muttahida qaumiyat and Din-i-Ilahi. He went on, “it is possible this in his ( Sirhindi’s) revelations there may be a pointer in this direction that when in the future, muttahida qaumiyat in another form arises, when Din-i-Ilahi in the form of Gandhism comes to the fore, it will be Lahore from where the voice for breaking these new idols would issue forth, spread and flourish” (Quoted in Venkat Dhulipala, Creating A New Medina: State Power, Islam and the Quest for Pakistan in Late Colonial North India, Cambridge University Press, 2015).

The idea of nation as a multi-religious or multi-ethnic ‘imagined community’ is essentially an idea born of modernity. Akbar’s ideas and practices reflected the political imagination of India’s own early modernity. He was not only the most powerful ruler in the world in his times, but also had the distinction of ruling over a vast majority of the followers of a religion other than his own. He not only did rule, but tried to theorise his practices in the form of sulh-i-kul and Din-i-Ilahi. He was a visionary not only of statecraft but also in cultural and social life. Composite nationalism or muttahida qaumiyat, which so angers Usmani and his intellectual descendants of all hues, is an idea born out of India’s colonial modernity which tried with some success and some failure to incorporate elements from the early, or what I prefer to call, vernacular modernity of India.

In Akbar’s practices, we find not just one articulation of this early Indian modernity, there are others as well – in philosophy, in the Dharmashastras (matters of law, secular and sacred) and in literature. This period is marked by the emergence of the philosophical idea of the individual and consequent interrogation of given social and religious practices. This interrogation is most evocatively contained in the poetic compositions of Kabir, Tukaram, Narsi Mehta, Shankar Dev, Chaitanya, Vemmanna, Mirabai and others. The composite nationalism articulated during the anti-colonial struggle represents the organic growth of the cultural moorings and desires of the people of India, unlike political Hindutva and its Islamic counterpart, ‘Pakistan ideology’. Hence, it would be surprising if fascistic fantasies of both varieties did not propagate hatred for Akbar.

From composite to graded nationality

It is due to the inherent plurality of Indian life and the carefully articulated space of multi-vocality in this life, that we as a tradition are quite used to living with paradoxes. We have been honouring people with differing viewpoints and contesting social roles. This traditional quality was reiterated by the early, vernacular modernity of India and was made into the foundation of the political idea of India by the intellectuals and leaders in the course of the anti-colonial struggle over the 19th and 20th centuries.

But, now we have entered the 21st century. Modernity is not only suspect, it is also held to be the main culprit for society’s problems. Now, the composite community that diverse people imagined for themselves is sought to be replaced with a ‘culturally authentic’ identity of the self.  What we have been witnessing for some time in our politics these days is a well-designed and well-rehearsed attempt to replace the idea of composite nationality by a graded notion of nationality. Hindus subscribing to political Hindutva, are at the top of this gradation. Others have to earn the qualification by submitting to the dictates of the real ‘owners’ of the nation.

In this graded nationalism, someone daring to imagine beyond the given self in order to articulate a composite – and hence impure – idea of political community cannot expect anything but admonitions from both sides of the  divide. This is the lot of Akbar. In ‘Pakistan ideology’ and in political  Hindutva, he has long been identified as the arch enemy of the ‘nation’. The renewed assault on him is a natural corollary of the ascendancy of graded nationalism —which is rooted in a distorted version of historical memory and hence is bound to be antithetical to democratic nationalism.