When Chernobyl's Radioactive Residues Were Thought to Be in Mumbai's Butter

A former secretary of the AERB recalls how safe levels of radionuclides in food items came to be set and the first case in which its limits were tested. 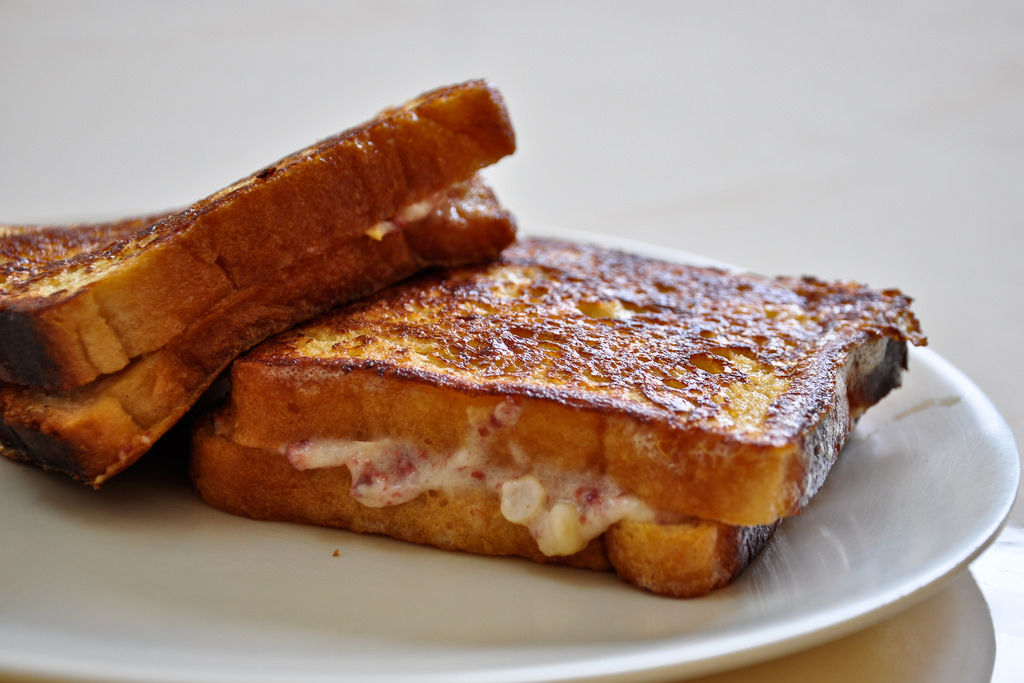 On April 26 this year, the nuclear industry solemnly observed the 30th anniversary of the catastrophic accident at the Chernobyl nuclear power plant. While the show was on, Associated Press reporters refused to drink freshly drawn milk that a farmer from Belarus had offered them, as they suspected it contained Chernobyl’s radioactive residues. They tested a sample and found that the strontium-90 level in it was 10-times above the country’s safe limit. And their finding that Belarus exports such contaminated products to Russia did not set the Volga on fire. The AP reporters’ plight reminded me of India’s tryst with Chernobyl’s radioactive residues in Mumbai in the ‘Irish butter case’.

In 1987, there were reports that the fallout from Chernobyl had shown up in foodstuffs in various countries. Taking into account the possible health impact of contaminated food items, the Atomic Energy Regulatory Board (AERB) prescribed permissible levels of radionuclides in imported food items. Incidentally, it was the first major policy decision the AERB had taken since the government had set it up, in November 1983.

Initially, there were low-decibel murmurs that the AERB had no authority to fix the safe limits of radioactive substances in foods. But mercifully, the critics were neither stubborn nor persistent.

For many years before the Chernobyl accident, artificial radionuclides such as caesium-137 from the atmospheric testing of nuclear weapons had been present in milk and other dairy products, as well as in food items. From the mid-1950s, the Bhabha Atomic Research Centre (BARC) has been operating a network of monitoring stations nationwide for measuring radioactivity in food items. The technical competence for such measurements already existed in the country.

Some of us felt that the AERB could prescribe the limits straight away as well as recognise the laboratories of BARC at Indira Gandhi Centre for Atomic Research (IGCAR), Kalpakkam, the Variable Energy Cyclotron Centre (VECC), Calcutta, and one in Trombay to test for radioactive substances in samples of imported food items and issue certificates. Our refrain was this: Who else in the country could adjudicate on matters related to radiation and radioactivity?

Subsequently, A.K. De, the first chairman of the AERB and a true academic (he was director, IIT Bombay) with an open mind, proposed that we should call a meeting of specialists, hold discussions with them, submit our views and arrive at a consensual decision.

And so we invited representatives from the ministries of agriculture; food and civil supplies; health and family welfare; commerce; environment and forests; and also from the Bureau of Indian Standards, Marine Products Export Promotion Authority, the Export Inspection Council, Tea Board, Indian Dairy Corporation, National Institute of Nutrition, Consumer Guidance Society of India, research institutes dealing with food technology, fisheries and toxicology. The meeting represented virtually all stakeholders except caterers!

The board proposed conservatively that it might allow only 0.1 millisieverts (mSv) per year (10% of the dose-limit prescribed by the International Commission on Radiological Protection) from the ingestion of food. The sievert is a unit of effective dose: in one Sv, the radiation energy absorbed is one joule per kg. Since Sv is a large dose, scientists normally use milliSv, one-thousandth of a Sv.

Considering how much meat, milk, cereals and vegetables an average Indian consumes, and making use of the dose conversion factors (from sieverts to becquerels), the AERB arrived at the permissible levels of important radionuclides such as strontium-90 and caesium-137. The values endorsed by the specialists were 30 becquerels per litre for caesium-137 in milk, and 40 becquerels per kg for solid food products (meat, cereals and vegetables). For strontium-90, the board agreed on 10 becquerels per litre for milk and 15 becquerels per kg for solid foods. The scientists S.D. Soman, S. Subbaratnam, K.C. Pillai and U.C. Mishra played key roles in arriving at the values of these levels.

The delegates then visited the BARC labs and learnt how they and other accredited labs assessed radioactivity in food samples (one delegate wanted to know whether children would become sources of radiation if they ate tainted chocolates every day for 15 to 20 years; her concern was about chocolate imported from Europe). Slowly, but surely, we proved that we radiation protection specialists were especially talented at making harmless levels of radioactivity sound dangerous by offering very accurate explanations. And the situation became more confusing as more specialists joined the discussion. It is unfortunate that many competent scientists are poor communicators.

Finally, we explained the difference between biological half-life (for caesium-137, 70 days) and physical half-life (30 years) of a radionuclide. If one consumes foodstuffs contaminated with caesium-137 at a constant concentration daily, the activity will reach a steady value in about 100 days. Thereafter, it will not increase further. Radioactivity does not steadily accumulate in the body because the body regularly removes a part of the offending substance from itself.

Our explanations were able to satisfy the distinguished delegate, Dr. (Mrs.) Kamala Sohonie, a former director of the Institute of Science, Mumbai, and then in charge of the testing lab of the Consumer Guidance Society (who also asked the questions on chocolate). She was generous to our faults and happy about the transparent, scientific deliberations at play in the meeting. “When I did my Ph.D. in Biochemistry from Cambridge during the late 1930s, radioactivity was not a part of the curriculum”, she clarified. We had every reason to be humble before such delegates.

The first time the AERB implemented its new policy was in the ‘Irish butter case’. In this case, three petitioners who were office bearers of the Maharashtra State Employees Federation filed a writ petition in the high court of Bombay against the Union of India, the Indian Dairy Corporation; the dairy development commissioner; the general manager, Greater Bombay Milk Scheme; and the Bombay Municipal Corporation.

The petitioners wanted the court to issue an appropriate order restraining the respondents from importing any milk or milk products, and butter in particular, from Ireland. They argued that any food articles imported from some countries in Europe, including Ireland, after the Chernobyl disaster stood to contain radioactive substances and so its consumption by Indians would be harmful in the long-term.

A division bench of the high court rejected the petition, saying that they “are satisfied that the best scientific brain available in the country has applied itself to the question”. At one stage, the court felt disturbed about the concept of the ‘permissible limit’ and wanted to know the basis on which limit had been determined. The court also wanted to know whether natural foods were also radioactivity in normal circumstances.

The court relied on a letter that I’d written as the secretary, AERB, to the National Dairy Development Board as it furnished answers to their questions. I included a paper by B.Y. Lalit and his colleagues that presented the amount of radioactive content in many food items, including rice, wheat, brinjal, carrot, coffee, etc.

Having lost their case, the petitioners filed a special leave petition in the Supreme Court, which heard both sides and then set up a committee of three experts – comprising M.G.K. Menon, P.K.Iyengar and G.V.K. Rao – to give its opinion on whether dairy products and other food items containing artificial radionuclides contained them within the AERB-prescribed limits.

After due deliberations, the committee stated that the consumption of those items having levels of artificial radionuclides below the levels fixed by AERB, by all sections of the population and throughout the year, was safe and harmless, via a report in February 1988. The committee also noted that the AERB has allowed more safety margins than other countries and international organisations, like the WHO, in arriving at the levels. Finally, the committee acknowledged that the levels adopted by AERB were among the lowest in the world.

In reply, the petitioners’ counsel read out letters penned by some internationally renowned scientists, including a few Nobel laureates, that suggested it was better to avoid foodstuffs containing even low-level activity and which, according to them, could prove to be hazardous in the end. However, the SC dismissed the petition once more, saying, “What is remarkable about these letters is that they are in general terms and only represent a particular school of thought. Surely, the committee of experts comprising two eminent scientists and an equally well known agro-economist was well aware of this point of view.”

While the case had been on, Prof. AK De, S.D. Soman and I had participated in a discussion titled ‘Radioactivity in food’ on the TV channel Doordarshan, Mumbai. We ignored an opinion that we were in contempt of court as the case was still sub judice. And once the SC had rejected the writ petition, the government dairies sold 78 tonnes of butter stored in the deep freeze.

Many companies exporting or importing food want certificates; it is now a routine procedure. BARC earned an income to the tune of over Rs.30 lakh in one year as fees to measure radioactivity in food samples at a rate of Rs.500 per sample. Some humourless persons even kept asking what BARC does with the whiskey samples. And for its part, the AERB has now recognised many more radio-analytical labs, though no one ever wants another Chernobyl.

Guidance from some of the outstanding specialists who are members of the AERB helps the board secretariat remain scrupulously impartial and transparent in its decision making process. The majority of members continue to be from outside the Atomic Energy Commission family.