The Many Revolutionary Romances of Virendranath ‘Chatto’ Chattopadhyaya, the Anti-Colonial Exile

Always on the run from the British authorities and perpetually broke, he still found the time for his political activities. 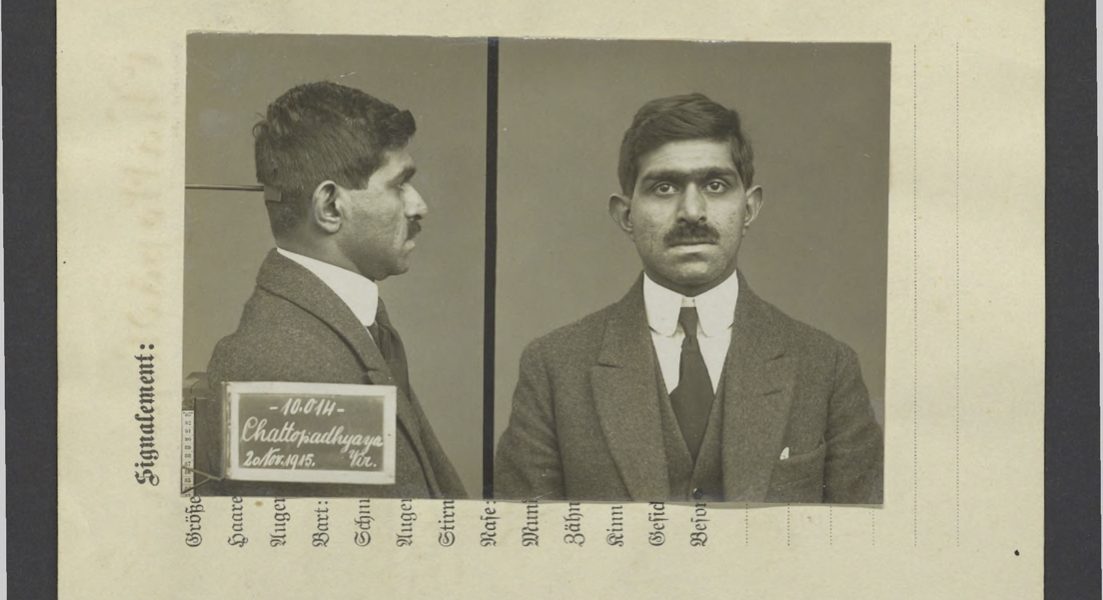 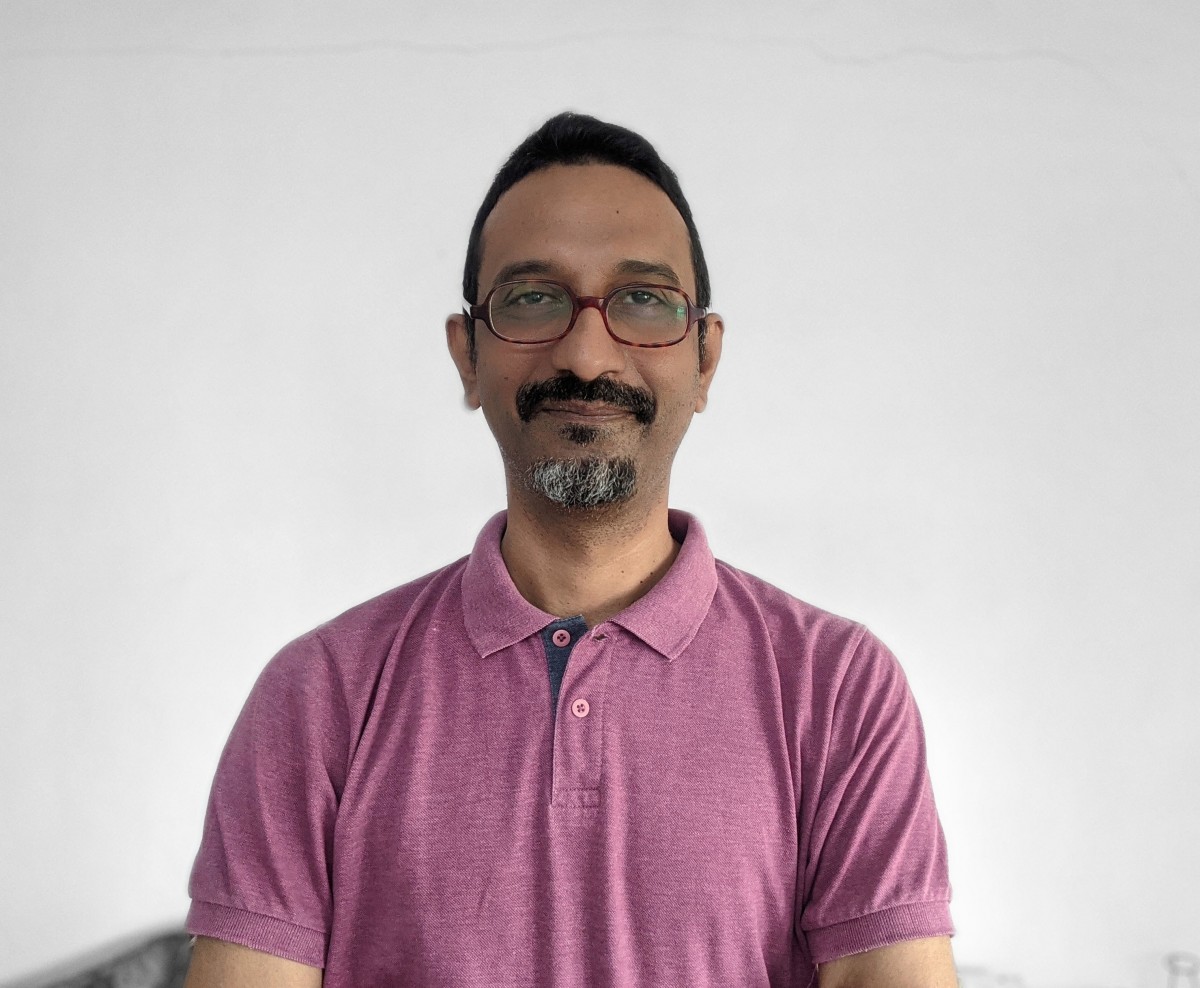 Suhasini Nambiar first met her older brother Virendranath Chattopadhyaya in Germany in 1922. She had never seen him, because he left Hyderabad before she was born, first to Calcutta, then to Madras and then, in 1902, for Britain. Following her marriage to A.C.N. Nambiar, then a budding journalist and anti-colonial activist, the previous year, Suhasini left India for Oxford. 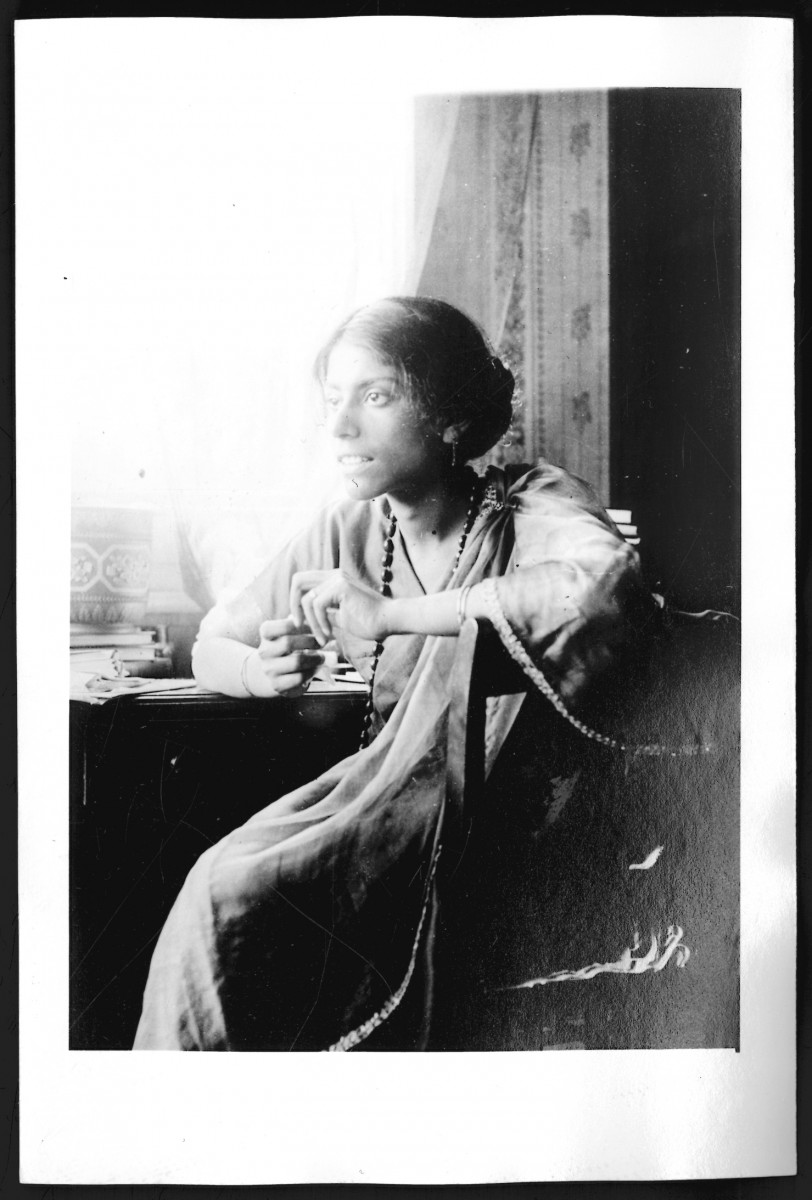 Of this greatly emotional first encounter, the American journalist and radical activist Agnes Smedley – who later became Chattopadhyaya’s partner – would later write: “…neither spoke, and I saw Suhasini trembling. Viren’s face was tense with inner struggle; it was the first time in a quarter of a century that one of his family had come to share his life, and Suhasini must have reminded him of the tragedy of his father, his country, and his long years of exile.”

Exile was a good word to describe Virendra Chattopadhya’s life. Known mostly as Chatto, the peripatetic anti-colonial activist and revolutionary was a painful thorn in the side for the British. He had left India in 1902, never to return again. A younger brother to the Indian nationalist leader and poet Sarojini Naidu, Chatto was born in Hyderabad in 1880. His father, Aghorenath Chattopadhyaya, had in 1878 taken a position in princely Hyderabad as an educator, leaving his mark on the city through progressive reforms and establishing an educational institution which came to be called Nizam College.

Chatto’s radical activities in England greatly contributed to his family’s woes, as British Indian authorities periodically harassed them. The beautiful and fiery Suhasini, destined to come under Chatto’s influence, had endured all this growing up. Chatto’s own extraordinary life was marked by great turbulence. Targeted by the secret services, plagued by poverty, he was perpetually on the precipice. His stormy romances further complicated matters. From siblings, colleagues and lovers to wives, the women in Chatto’s life bear testimony to his charm, intelligence and many troubles.

After unsuccessful attempts at entering the Indian civil services, Chatto joined the Middle Temple to study law. As British intelligence would note, in 1903 Chatto began living with an English woman in Notting Hill as Mr and Mrs Chatterton, but this relationship ended in 1909. Chatto’s political activities had remained negligible till 1908. He soon became a regular at India House – Shyamaji Krishnavarma’s hostel for Indian students in North London. V.D. Savarkar had established himself there as its most charismatic and militant activist following his arrival in 1906.

A “hotbed of sedition”, India House had been under British watch since its inception in 1905. Chatto was friends with Savarkar and other members, including Srikishen Balmukund, a fellow Hyderabadi romantically involved with another one of Chatto’s sisters, Mrinalini. His public espousal of militant ideas led to his expulsion from the Middle Temple and in June 1910, he moved to Paris following the sensational murder of the British official Curzon Wyllie by Madan Lal Dhingra and Savarkar’s deportation from England. Chatto began working there with Madame Cama’s revolutionary group. Back home, Sarojini Naidu was forced into disassociating from her brother publicly, causing a rift with her father. 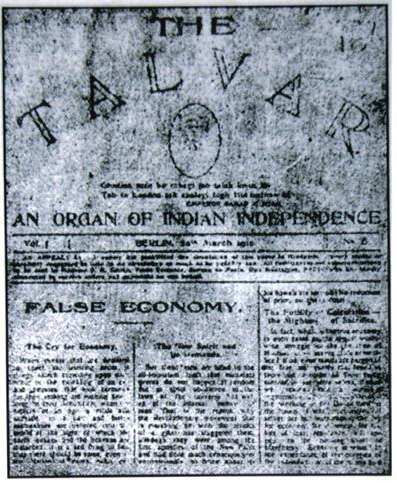 Chatto became involved with a Ms Reynolds around this time. Her London address was often used for delivery of issues of the Talvar, a revolutionary publication that he edited. A woman of means, she supported him and his estranged spouse and visited him in Paris often in the spring of 1911, “sometimes disguised as a boy”. They married early next year and Chatto was for some time “lost to the revolutionary movement”, as British intelligence put it. The marriage ended in discord because Ms Reynolds insisted that any children they had would be raised Catholic and Chatto refused. Subsequently, Reynolds joined a nunnery and Chatto, who “was again thrown upon his own resources”, tried in vain to have their marriage annulled. His complicated “domestic affairs” at the time included “several minor entanglements” and a marriage proposal from Calcutta with a certain Miss Roy.

Chatto’s biographer Nirode Barooah writes he was “not merely a playboy”. He had an extraordinary grasp of languages, and serious interests in philology and ethnography. He energetically contributed scholarly articles and taught Hindustani, alongside his political activities. In mid 1910 he involved his sister Mrinalini and her admirer Balmukund in a plot to smuggle weapons hidden in furniture shipments, which came to light when the British intercepted his letters. Father Aghorenath’s home in Hyderabad was consequently raided, yielding little else apart from a “somewhat seditious…and highly amatory correspondence” between Mrinalini and Balmukund.

The Paris group soon disintegrated and Chatto travelled to Switzerland, the US and later to Halle in Germany to enrol in doctoral studies. As the scholar Ole Birk Laursen has revealed, Chatto moved in diverse circles, fraternising also with French and Italian anarchists across Europe during this period. Immersed in “the cross-fertilised world of anti-colonial and anarchist internationalism”, Chatto helped establish the Berlin Committee in September 1914 under the patronage of the German Foreign Office. The group sent a mission to Kabul to further the Amir’s anti-British plans, radicalise British Indian soldiers in the region, forge connections in Ottoman Turkey, and transport arms and men to India. British intelligence thwarted several plots. Soon Chatto moved to Stockholm to foster new associations, in particular with the Bolsheviks. He wanted “to internationalise the Indian question”, likening the Berlin Committee to the Sinn Fein and Egyptian Nationalists. Here too, Chatto’s position became compromised and he was tried on conspiracy charges.

British intelligence had been spying on him all along. In December 1915, an English woman named Hilda Margaret Howsin, whom Chatto knew from London, visited him in Montreux and was arrested on return. A British secret agent named Donald Gullick travelled to Switzerland the next year in October to meet Chatto on the pretext of helping to secure Howsin’s release. Gullick’s intention was to “lure him to the French or Italian border or to kill him”. At the time, the writer Somerset Maugham was still with the British secret service and he adapted this failed assassination plot in his story Giulia Lazzari, with a character based on Chatto named Chandra Lal. 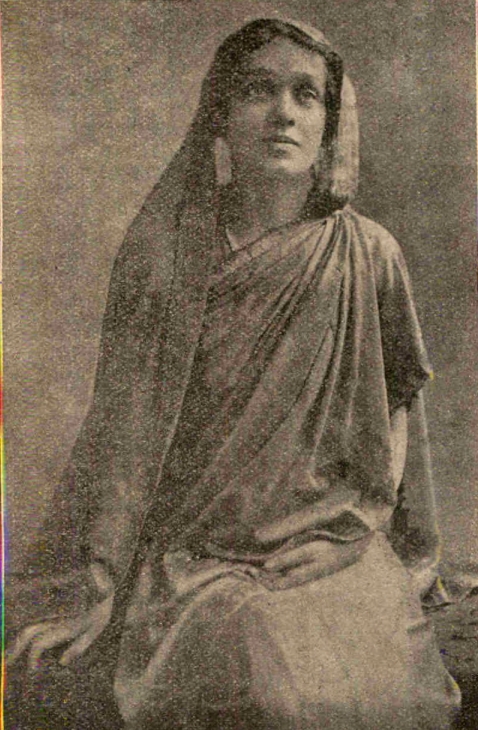 Agnes Smedley in a sari, from “The Modern Review. August 1928”, the year she left Chatto permanently. Photo: Wikimedia Commons

Early in 1920, Chatto met Agnes Smedley, the “self-taught leftist-feminist proletariat” as described by the scholar Meenakshi Mukherjee. From an impoverished rural background, Smedley worked with Lala Lajpat Rai in New York and was arrested in 1918 in the infamous Hindu-German Plot. Greatly drawn to Chatto, she considered him “the epitome of the secret revolutionary movement, and perhaps its most brilliant protagonist abroad”. The couple embarked on an eight-year-long tumultuous relationship that left both profoundly scarred. Perpetually broke and embattled, the couple were miserable together. As Smedley recalled: “Viren thrived on company, but I began to wilt and sink under the complexity and poverty of our lives. Everybody understood and loved Viren; few understood me. To them I was a queer creature who grew ever more strange—as indeed I did.” Driven “almost to the verge of insanity”, Smedley eventually had a breakdown; Chatto’s dominance, possessiveness and jealousy took a dangerous toll on her.

Smedley travelled with Chatto and others to Moscow in 1921 to seek the Comintern’s collaboration. M.N. Roy, then greatly favoured in Moscow, disparaged them as bourgeois opportunists. Chatto and Roy were professional rivals, but the latter had also allegedly been involved with Smedley previously. The Berlin group attended the Comintern Third Congress in July. Their attempts to meet Lenin failed, and they left Moscow empty handed. Back in Germany, hounded by British spies, the couple moved around constantly. Chatto fell victim to arsenic poisoning in a suspected attempt on his life. Smedley nursed him back to health. She thereafter separated from him permanently.

Over the 1920s, Chatto set up The Indian News Service and Information Bureau, ostensibly to supply news to India. He started two trade magazines with his brother-in-law A.C.N. Nambiar that promoted Indo-German cooperation but also served as a means to promote his views. Late in 1926, Chatto helped organise an anti-colonial conference in Brussels, which led to the formation of the League Against Imperialism. Jawaharlal Nehru was an official Indian delegate at the February 1927 conference, but withdrew Indian National Congress support as the League had become a Comintern front. Chatto angrily accused Nehru of “inexplicable weakness and mental confusion” and a “surrender to the traitors”.

With the spectre of Nazism looming large, Chatto left Germany for Moscow in August 1931. He was thereafter appointed a researcher at the Institute of Anthropology and Ethnography (IAE) in Leningrad. Chatto was now Virendranat Agornatovich Chatopadaya. As Barooah reveals, Chatto awaited the arrival of his German wife Charlotte with her children from Berlin. Nothing is known of her. He soon became intimate with Lidiya Karunovskaya, a married fellow scholar. She found him to be “a profoundly social, caring, generous and hardworking person” and they married by the end of 1933. He thereafter had a productive academic career, also fulfilling party duties. But that did not last – on the night of July 16, 1937 Chatto was spirited away by Stalin’s secret police. Lidiya desperately searched for him, in vain. In March 1958, she was issued a death certificate that stated that Chatto had died on April 6, 1943. The Russian historian Mithrokin later accessed KGB archival documents showing that Chatto was executed on September 2, 1937.

In an interview to B.R. Nanda decades later, Eva Geissler (then Mrs Walter), the long-time partner of Chatto’s brother-in-law A.C.N. Nambiar, described him as one of the most charming men she had met and spoke of his “exceptional readiness to help the needy”. Tellingly, she added: “He at times got greatly and quickly attracted to women.”

Gautam Pemmaraju is a Bombay-based writer and filmmaker with a special interest in Indian anti-colonial activists of the early 20th century.