The Modi government has reneged on a significant compromise on national language made during the constituent assembly debates – the Munshi-Ayyangar formula. 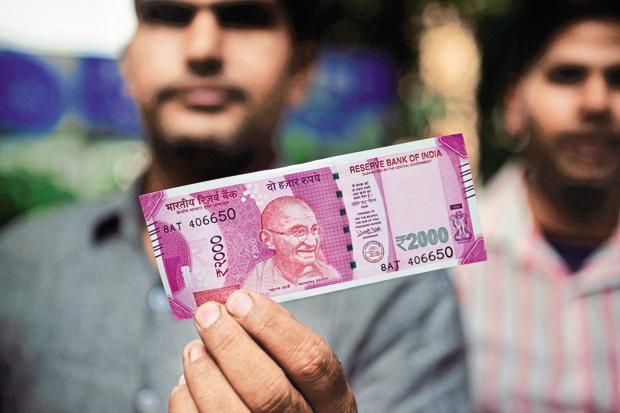 The legality of using Devanagari numerals in new currency notes has come into question. Credit: PTI

A fascinating new challenge has been brought against the newly printed Rs 2000 and Rs 500 notes in the Madras high court. A recent PIL brings into question the fact that the new notes have international numerals and Devanagari numerals printed on them, and argues that they should hence be declared “invalid” since the Indian constitution does not permit the use of Devanagari numerals on currency notes.

Writing for The Wire, Kavin Aadithiyan and Sahil Mathur have already pointed out that the legality of the move is at best doubtful. They note that according to the Presidential Order of 1960, the Official Languages Act of 1963 and Article 343 of the constitution itself, there appears to be no legal basis for the sudden introduction of the numerals. But it remains to be seen whether the court will consider the historical context and complexity involved in the matter.

While this may seem like a trivial change, the decision to introduce Devanagari numerals carries with it a huge amount of baggage. By including these new numerals, the Modi government has reneged on one of the most important compromises made during the constituent assembly debates – the Munshi-Ayyangar formula.

The Munshi-Ayyangar formula – named after constituent assembly members K.M. Munshi and N. Gopalaswamy Ayyangar – was the compromise that was reached on the question of a national language.

These debates have often been recognised as the most divisive among all the constituent assembly debates. In India After Gandhi, Ramchandra Guha notes that there were voices in the assembly that would not recognise anyone as Indian if they did not understand Hindustani – a language similar to Hindi. There were also several people from the south who were worried that the rise of ‘Hindi imperialism’ would engulf the states that did not speak Hindi.

According to the formula, the assembly agreed that the official language of the union would be Hindi in the Devanagari script and the form of numerals to be used shall be the international form of Indian numerals. This compromise meant that India would have no national language and that the non-Hindi speaking states could maintain the international numerals.

The debates on numerals

From a modern perspective, it is difficult to understand just how controversial the introduction of Devanagari numerals was during the framing of the constitution. The introduction of Hindi in the Devanagari script was seen by non-Hindi speakers as a difficult pill to swallow. To them, it meant that they would be compelled to learn a new language that is alien to their part of the country. The retention of international numerals became a token of good faith on the part of the Hindi speakers in the country, something to reassure the non-Hindi speakers that they would not entirely be sacrificing their native languages for the sake of the dominant Hindi speakers.

Two days in 1949, September 13 and 14, were set aside for deciding the question of a national language and numerals. On these days, three speakers stood out, each representing a different but important set of stakeholders. The first was Jawaharlal Nehru – the progressive – who argued that there was a need for retaining the international numerals so that India could keep abreast in matters of science and technology. For him, the international numerals were vital so that the country could continue to progress and not fall into the trap of romanticising the past.

The next stakeholder was Maulana Abul Kalam Azad. He attempted to ameliorate the situation by linking the use of international numerals to Arabic and Indian history. He noted that the numerals travelled to the west through the Caliphs who themselves had borrowed the numerals from the Vedic scholars of India.  His intent was clear. He wanted to position the use of international numerals in a manner that would be acceptable to the religious Hindu majority and to the Muslim minority.

The final stakeholder in the debates on numerals was the president of the assembly, Rajendra Prasad. He spoke after the resolution was passed as it was important for him to remain neutral. His address is still vital as it summed up the spirit of the debate. Prasad focussed on the importance of the compromise and how historic it was. He brought this up in the form of a metaphor:

“We want some friends to invite us. They invite us. They say, “You can come and stay in our house. We welcome you for that purpose. But when you come to our house, please wear the English type of shoes and not the Indian chappal which you wear in your own house.” I should be not very wise to reject the invitation, simply because I do not want to give up my chappals. I would accept the English type of shoes and accept the invitation, and it is in this spirit of give and take that national problems can be solved.”

This metaphor highlighted the importance of constitutional and national compromise in nation building. It also highlighted just how important the non-Hindi speakers considered the retention of international numerals.

These debates throw the historic nature of the inclusion of Devanagari numerals into sharp relief. The challenge in the Madras high court is no longer a waste of time brought about by those who dislike the current government. Nor is it the desperate recourse of sympathisers of kala dhan. It is an appeal to maintain the pact that the Hindi speaking north made with south.

Equally, the debate underlines the value of discussion and consultation in a diverse society. Unsettling these longstanding compromises may unleash unforeseeable circumstances with potentially disastrous consequences.

Apoorva Sharma is an Associate Editor for the Constitutional and Civic Citizenship Project at the Centre for Law and Policy Research. Under this project, he is involved in curating, coding and tagging the constituent assembly debates and making the database available at cadindia.clpr.org.in.