The Mulki and the Mulk: How Belonging Is Layered in the Deccan

The categories of Mulki and non-Mulki began to appear on the Hyderabadi political scene from the mid-19th century onwards as a response to the influx of Urdu-speaking North Indians being recruited into the state administration. 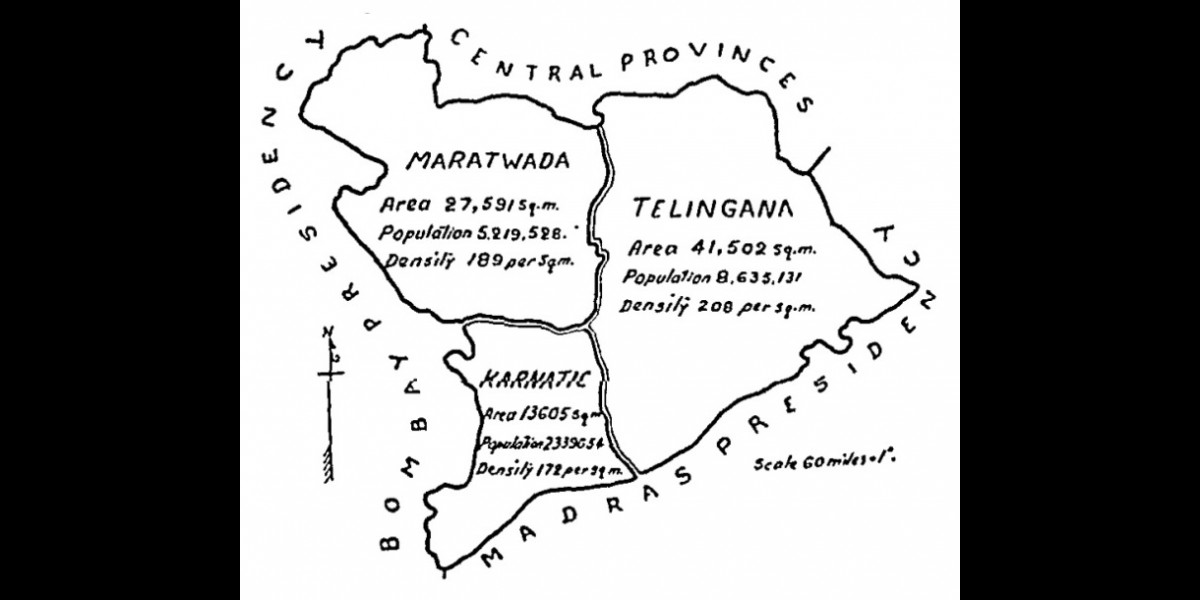 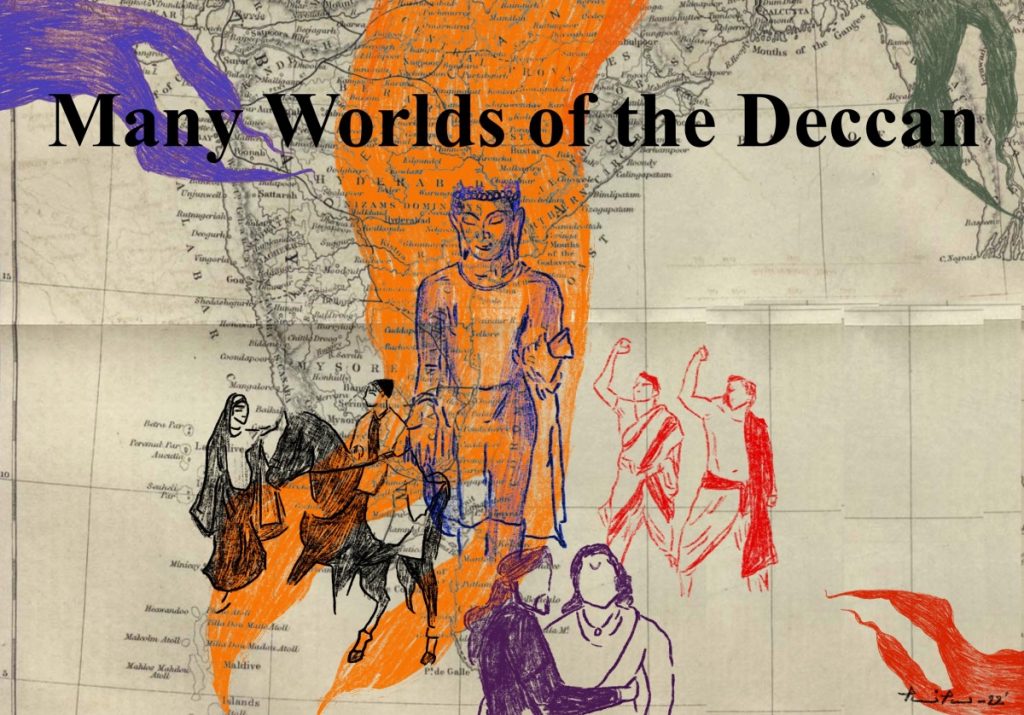 With the Bharatiya Janata Party (BJP) trying to make inroads into the electoral landscape of Telangana, derogatory references to the Nizams of the Asaf Jahi dynasty abound. The character assassinations had reached such a crescendo that a great-grandson of Osman Ali Khan, the last Nizam of Hyderabad-Deccan, had to write to the prime minister and the Election Commission in 2021 asking that his ancestor’s name not be publicly flogged.

Elsewhere in Marathwada and Hyderabad-Karnataka, which were two other constituent regions of erstwhile Hyderabad-Deccan, changes in names of places associated with the Muslim rule of the Deccan have taken place. Aurangabad is now Sambhaji Nagar, Osmanabad is Dharashiv and Hyderabad-Karnataka is Kalyana Karnataka. Put together, these moves are, unsurprisingly, meant to erase public memories of the Deccan’s Muslim histories.

Considering how easily we are given to see India’s history only through the framework of a Hindu-Muslim binary, or of a ‘Muslim invasion’ now, it may surprise us to know that this hasn’t always been the case. In fact, given that India was a ‘composite’ entity – i.e. composed of regions – there have been efforts to reimagine a history of India in the plural: as ‘histories of India’, carved around regions, and not only religious hostilities. Not many of these experiments lasted long enough to impact popular histories. But at a time of widespread public amnesia, recollections of even aborted endeavours become vital.

One such experiment was afoot in 1940s Hyderabad Deccan. The idea of writing histories of Deccan was beginning to gain traction and was being supported by the Asaf Jahi state. This was part of a larger effort by the state in this period to produce knowledge which centered the Deccan region as against North Indian-dominated histories and visions of India. Knowledge was also to be produced in the vernacular as against English. (Some of these efforts, particularly the role of India’s first vernacular university, i.e. the Osmania University have been meticulously documented and brilliantly analysed by the late scholar Kavita Saraswathi Datla in The Language of Secular Islam: Urdu Nationalism and Colonial India). 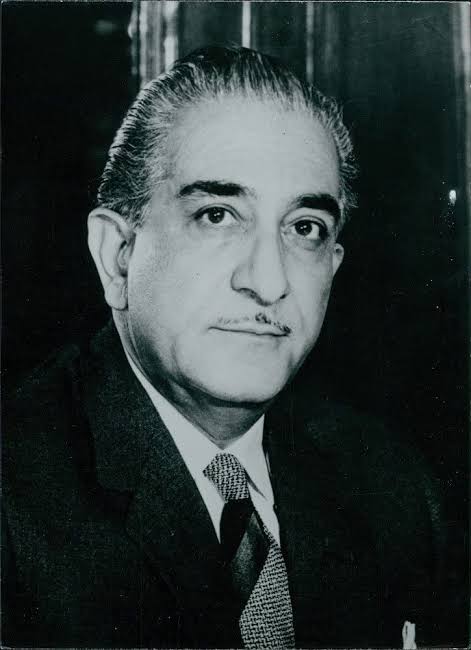 So how was the Deccan being imagined in this period? In his speech at the Indian History Congress organised in 1942 in Hyderabad, Osmania University vice-chancellor Nawab Ali Yawar Jung Bahadur laid out this picture of the Deccan as a ‘shared heritage’:

‘In its associations with the great scenes of the Ramayana and the Mahabharata, in its having been the abode of the earliest writers of Maharashtra and the great poets of the language of Kannada, in its expression in colour and its symbolism in form on the rocks of Ajanta and Ellora, and again, in its noble ruins of the Madrasah of Mahmud Gawan at Bidar and the library of Malik Amber at Aurangabad, in the great dams of recent times constructed to contain reserves of water for the peasant…in all these and many more we have common objects of pride and the resulting heritage belongs to one and all of us equally…’

Beyond the Hindu-Muslim binary

In this period of the 1940s, to offer this composite idea of the Deccan was to challenge the communal and unforgiving characterisation of Hyderabad-Deccan as a ‘feudal, Islamic state’. But such history-writing was not merely an instrument towards legitimising the Asaf Jahi state. The attempt was to make a case for the history of the Deccan as belonging to a pantheon constituting India’s histories.

For example, in the first Deccan History Conference in 1945, the Deccan was described as “the core of India.” A study of the region was framed as “a study in the miniature of the history of India itself, of different races and cultures.” But, importantly, studying the Deccan was not to create a regional nationalism to stand against an Indian nationalism. It was not to “inculcate parochialism” and “raise mud walls” around the region. It was meant to move towards a “more proper, deeper integration of the history of the Deccan with the history of India. It was, in a way, to find India within the Deccan.

Some of these new framings of the Deccan’s histories can be seen in how they were narrated in official documents. Even though such narratives followed the framework of dynastic histories, attempts at asserting indigenity shone through. For instance, a long overview of the history of modern Hyderabad-Deccan began with the indigenous Andhra race in 3rd century B.C. It encompassed the establishment of Buddhist religion in the Deccan with the Salankayana dynasty, Buddhism’s subsequent decline with the rise of a militant Brahmanism, the characterisation of Rashtrakutas as the “first Deccani imperial power,” a description of the rise of the Bahamani kingdom, and how they assimilated themselves to the region and its traditions such that their patriotism was likely the first articulation of Deccani nationalism.

What is remarkable is that these brief dynastic histories do not attribute Hindu or Muslim religious or political identities to the dynasties. Rather, they emphasise a Deccan versus Delhi contestation. But even these contestations are not cast within a native versus foreigner cliché. Instead, the Deccan is presented as a place of such great allure that over time, even “invaders from the north” have come to feel such a strong sense of belonging that they began to consider themselves Deccani.

Speaking of this rootedness that marked being a Hyderabadi or Deccani, Ali Yawar Jung Bahudar stated, “It has led to the age-long consciousness of an entity and to an instinct to defend it against external interference which found its personification in Chand Bibi and Malik Amber…What has now become known as Mulki or Deccani sentiment is in essence our pride in our past and our determination to defend and strengthen ourselves by our own exertions.”

This experiment of inserting Deccan into histories of India may have faded away with the fall of Hyderabad-Deccan in 1948. But is there still a Deccani identity, distinct from the linguistic identities that dominate and divide the region into Marathi, Kannada, Telugu? Or has the extinction of the state meant that the Deccani now exists only as nostalgic invocations among the Hyderabadi diaspora?

Deccani identity in the age of development

The arrival of the linguistic states of Karnataka, Maharashtra and Andhra Pradesh, in the late 1950s, meant that state patronage of history-writing focussed on creating narratives of glory of the Kannada, Marathi and Telugu nations. Gazetteers and state-sponsored books started to speak of the eternal histories of these linguistic nations, focussing considerably on ‘Hindu’ empires and ‘Muslim invasions’. Deccan and Deccani were lost from official and historical view.

But forms of Deccani still ring in the lives of people from the region. Certainly, they exist in migration and linguistic lives of the people, as this essay shows. They also exist, albeit in mutated forms, in the developmental politics of the regions that were once part of the erstwhile Hyderabad-Deccan state. 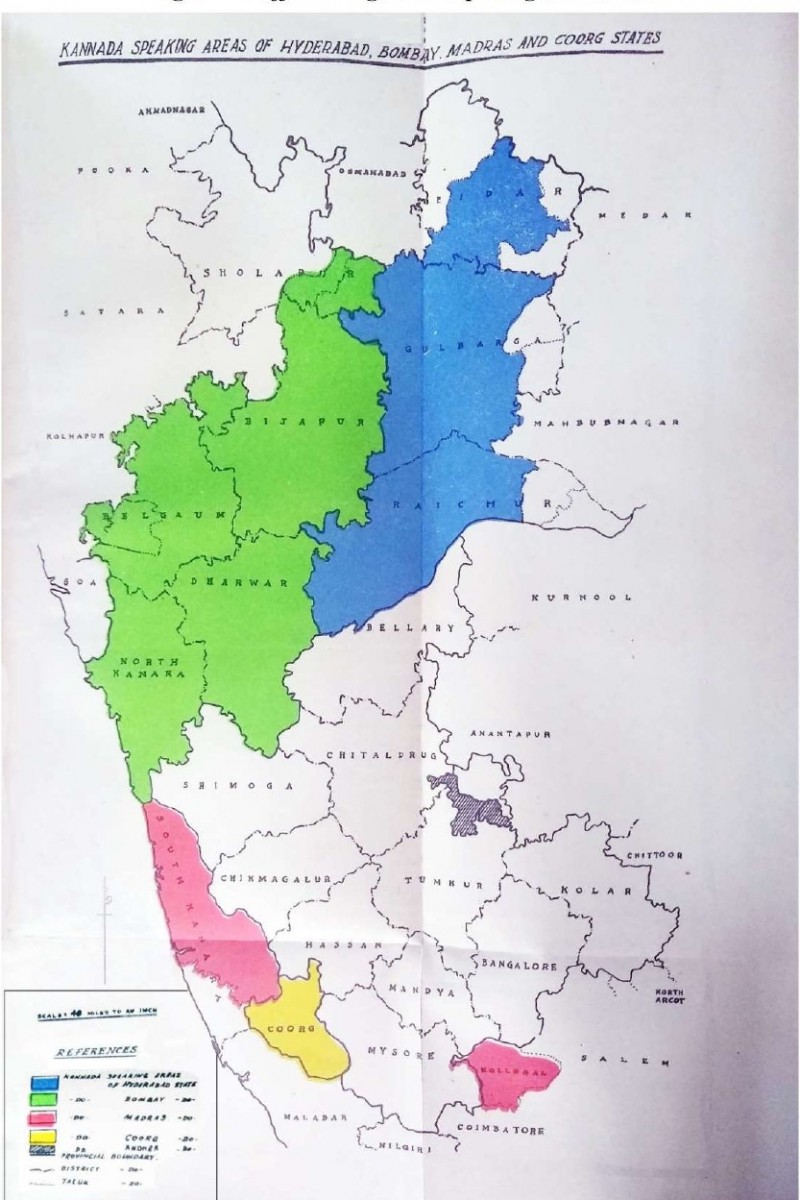 One such instance is the movement from the 1990s in the Hyderabad-Karnataka region for ‘special status’. Located in the north-eastern part of Karnataka state, Hyderabad-Karnataka has been severely neglected by successive governments ruling from Bengaluru. The movement for ‘special status’ was actually for the promulgation of Article 371(J) in the Indian Constitution which would mandate allocation of funds for the development of the region and accord reservation in state government for people from the region. In support of their demand for special status, activists not only cited the ‘underdevelopment’ of the region but also to the Mulki rules that had been in force in the Hyderabad-Deccan state.

What were the Mulki rules? The categories of Mulki and non-Mulki began to appear on the Hyderabadi political scene from the mid-19th century onwards as a response to the influx of Urdu-speaking North Indians being recruited into the state administration. The Mulkis represented the indigenous elite, composed of both Hindus and Muslims, who demanded a greater representation within the state and economy on the basis of their Deccani indigeneity (and not on the basis of their religion). The Asaf Jahi state brought in the Mulki rules to ensure that Hyderabadis receive adequate representation in state education and employment.

In the negotiations leading up to the formation of linguistic states, people from Marathwada and Telangana were guaranteed special consideration in Maharashtra and Andhra Pradesh due to the Mulki rules. This, however, did not happen in Hyderabad-Karnataka.

In an interview I did with Razak Ustad, a well-known activist from Hyderabad-Karnataka, in late 2017, he pointed out: “It is only in 1997 that we began to realise that Mulki rules are applied in Telangana and Marathwada and so should be applied to us. Actually, the rule is that Mulki rules should continue till the time Parliament repeals them. As on today, it has not yet been removed. When we joined Mysore state in 1956, it should have been followed…The state government has… snatched it from us unconstitutionally.”

Eventually, Hyderabad-Karnataka was granted special status in 2013, recognising not only its state of neglect within Karnataka but also in recognition of the legal tradition of nativity that has prevailed in the region for over a century.

The hopes and visions of the history-writing efforts around the Deccan region in the 1940s in Asaf Jahi state may have fallen by the wayside in the Indian Union’s relentless march towards development. But it is worthwhile to remember that Deccani indigeneity, which was accorded state recognition through the Mulki rules, continues to persist in the developmental, linguistic state, even if in unrecognisable forms.

Swathi Shivanand is a member of the Khidki Collective. Her PhD from JNU was on the 20th century history of development in Hyderabad-Karnataka. She is currently researching the history of the garment industry in Bengaluru at the Alternative Law Forum.