Tipu, the Citizen-Sultan and the Myth of a Jacobin Club in India

After Tipu’s death, the East India Company orchestrated a propaganda campaign to justify its invasion of Mysore, presenting him as a collaborator in a plot to destabilise governments throughout the world. 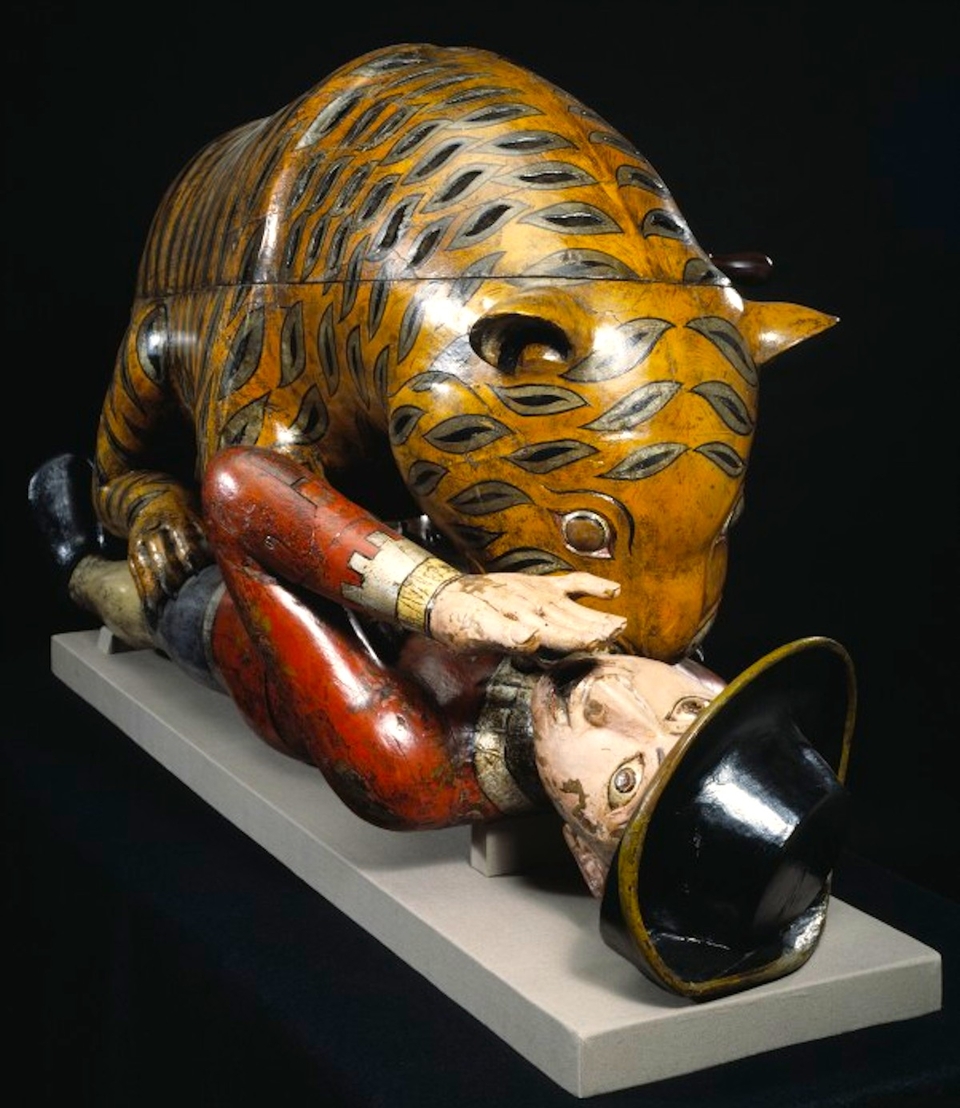 In May 1797, the French Revolution came to Mysore. Although it had been reduced in size after a defeat to the British East India Company in 1792, Mysore – located in what is now southern India – remained a formidable obstacle to British designs on the region. Its ruler, Tipu Sultan (1750-99), drew on French support while pursuing an ambitious project of domestic reform and engaging in frequent wars with his neighbours. His good relations with France had been capped by an embassy to Paris in 1787-88, and were given lasting shape by ‘Tipu’s Tiger’, an automaton created by French technicians and Mysorean artisans. But now, in the shadow of his palace at Srirangapatnam, a contingent of mercenaries and advisors from France (forbidden by treaty with Britain to maintain a formal military presence) gathered to seal the special Franco-Mysorean relationship in a revolutionary way. In the years after the fall of the Bourbon monarchy, representatives of the new French Republic had debated how to break the news to Tipu that Louis XVI would no longer be answering his letters, but until the spring of 1797 no one had thought to expose this South Asian ally to the doctrines of republicanism. Now, however, the emissary François Ripaud had arrived to enlist Tipu and his French soldiers in a Jacobin Club. Ripaud led an assembly of soldiers before “Citizen Tipu,” and, in a speech that established the first Jacobin Club in Asia, had them take a collective pledge confirming their “hatred of all kings, except Tipu Sultan.” (“Proceedings of a Jacobin Club formed at Seringapatnam,” in the Annual Asiatick Register, vol. 1 (1799) It is a provocative, surprising story, still told by historians who marvel that a South Asian ruler could have thus styled himself as an agent of global revolution. In fact, the most surprising thing about the Mysorean Jacobin club is that it never existed. It was an invention of the East India Company’s propaganda, patched together from misunderstandings and outright lies about the 1797 ‘Jacobin’ meeting in order to justify a final invasion of Mysore in 1799.

Like his father Haider Ali, who ruled Mysore from 1761 to 1782, Tipu was a dangerous foe to the British and a vital partner to the French in a region where the two European empires competed for influence. Tipu and his father thwarted Britain in the first and second Anglo-Mysore wars (1767-9, 1780-4), taking thousands of prisoners. In the following years, crushing Mysore became a British obsession. Tipu was vilified in plays, cartoons and other popular media, represented to the British public as a fanatical Muslim tyrant bent on persecuting Christians and driving Europeans out of the Indian subcontinent.

While the British prepared Tipu’s downfall, the French had increasingly little attention to spare for South Asia. After 1789, successive French governments, embroiled in the Revolution, left Tipu to fend for himself in the third Mysore war (1789-1792), which saw half of his territory swallowed by Britain. Imagine Tipu’s pleasure, then, when François Ripaud arrived on the shores of his kingdom in early 1797. Announcing that he had been sent by the French government to restore discipline and instill republican political values among Mysore’s contingent of French troops, Ripaud earned Tipu’s trust. Unfortunately for Tipu, he was not a man to be trusted.

Ripaud was in fact a pirate whose ship had run aground on the coast of Mysore; he had no connection to the French government. Yet, news of Ripaud’s arrival seemed to confirm British fears that France might be preparing for another round of conflict in South Asia. When Napoleon invaded Egypt, the following year, the possibility of a French expedition to reinforce Mysore appeared still more menacing. Claiming that a preemptive strike was necessary, Britain invaded Mysore yet again, defeating and killing Tipu in an attack on Srirangapatnam. “The Death of Tippoo Saib at the taking of Seringapatam,” an engraving from 1804.

Immediately after Tipu’s death, the East India Company orchestrated a propaganda campaign to justify its invasion of Mysore. It added a new layer to its traditional image of Tipu as a fundamentalist despot, presenting him as a collaborator in a Jacobin plot to destabilise legitimate governments throughout the world. In both Kolkata and London, the Company published a series of documents that it claimed were the ‘proceedings of a Jacobin Club’ founded by Ripaud in the spring of 1797.

The documents may well have been forgeries created by the East India Company, but even if they were authentic, their content would hardly prove the British case. The speeches purportedly made by Ripaud never mention Jacobinism in them: the word ‘Jacobin’ was inserted by the editors on the title page of the collection. The proceedings describe an assembly of a few-dozen French mercenaries swearing loyalty to Mysore and the French Republic: hardly a smoking gun that Napoleon’s army in Egypt was about to come bearing down on South Asia, with radical anti-monarchical politics in tow.

Having mistaken Ripaud for an agent of the French state and the forerunner of a vast army, the British either forged or selectively edited documents to present the world with an image of French republicans and a tyrannical sultan joining forces against Britain. The counter-revolutionary press across Europe seized on the improbable image of a Citizen-Sultan at the head of a regicidal army. The French Republic, it seemed to many observers, had sunk to its lowest point, desperately embracing whatever allies might be available and spreading its dangerous political dogmas even in the most unlikely of settings. The reality of British aggression against Mysore disappeared, concealed by the legend of Tipu’s Jacobin club.

The East India Company’s story soon became part of the standard historical narrative, repeated for generations. Although a French historian, Jean Boutier, recently exposed the myth as a combination of error and deceit in an obscure working paper, some scholars continue to propagate the East India Company’s version of events. While these historians tend to see the Franco-Mysorean club less as a threatening sign of Jacobinism’s universal ambitions than as a unique moment of cultural encounter in a global eighteenth century, they are perpetuating a narrative based on wartime propaganda. Like other stories told in recent years about the need to strike first against Muslim leaders devoted to toxic ideologies that threaten the world, this imperial fiction dies hard.

Blake Smith is a doctoral candidate in history at Northwestern University and the Ecole des Hautes Etudes en Sciences Sociales, and current International Fellow at New Europe College.  His research, focusing on the connections between eighteenth-century France and South Asia, has appeared in French Cultural Studies, La Révolution Française, and Outre-mers: revue d’histoire. He can be reached at blakesmith2018@northwestern.edu.

The piece originally appeared in Age of Revolutions. Read the original here.