The Changing Face of Delhi: Redesigned and Redefined Through the Ages

Delhi's story through millennia is one of co-existence of very different people. 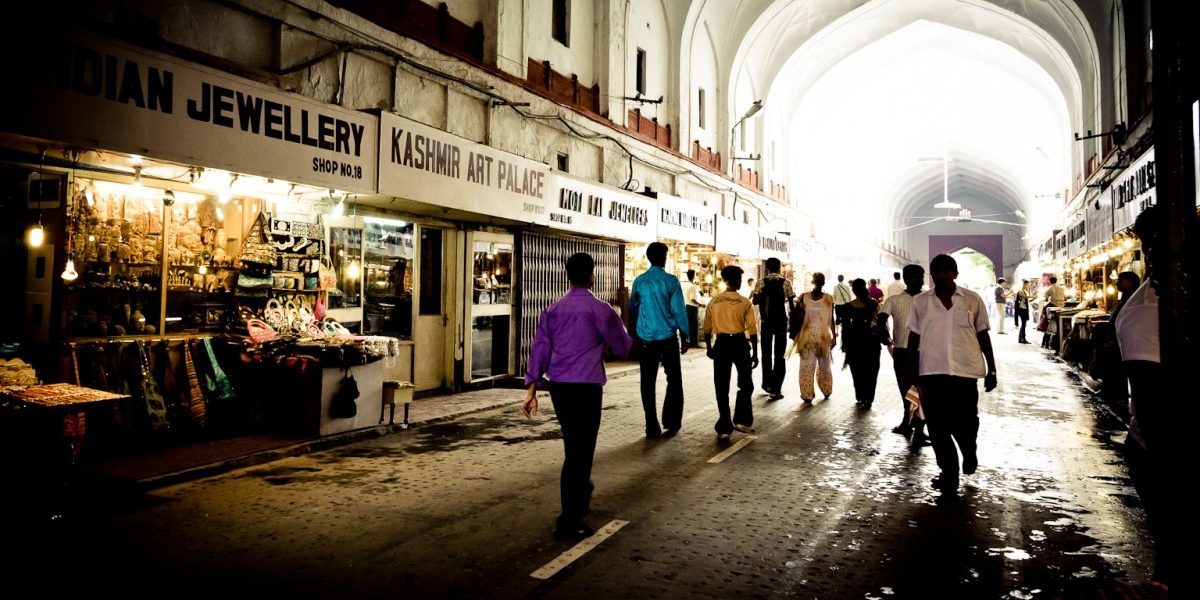 This is part one in a two-part series.

This would roughly translate into “The universe is in perpetual flux – change is the only constant.” The point of starting this piece with this quotation is to underline the fact that the world – and Delhi being a part of this world – has not been a stranger to change.

From the time of the arrival of the Aryans, who must have pushed out the earlier settlers to less hospitable terrain, to the post-1947 period, successive waves of migrants have arrived over millennia and dispersed across the Indo-Gangetic plains. Not unlike oceanic waves, the gap between these human waves – their respective size and the displacement they have caused – has varied.

The new arrivals in a long forgotten and mythicised past, would have, in order to corner the most fertile and secure lands, clashed with and pushed out the earlier occupants. Or, they would have – after an initial period of threats, show of belligerence and perhaps some flexing of muscle – made peace with the earlier occupants and both would have learnt to live together.

This was not a relationship of the much touted tolerance, because one tolerates horrible neighbours, insufferable in-laws, awful relatives and slimy colleagues. What has been happening here for millennia is the co-existence of very different people, borrowing from each other, learning from each other and creating and building together.

It is in this give-and-take that we need to see how the syncretic lives and breathes, treating the protagonists on the other side as partners and not as belligerents. This is the only way that the unfolding of history on the sub-continent or elsewhere, can make sense. Every other interpretation sees the earlier settler and new arrival as perpetual antagonists – an interpretation that belies reality.

The original inhabitants of Delhi, that is if one can talk of original inhabitants of any place at all, are the Jats and Gujars. But there would have been others before them – hunters and gatherers and not agriculturalists or pastoralists but those who fashioned the stone tools that have been discovered by archaeologists near Badarpur and in the Arravalis at JNU and several other places.

These were times that, Upendra Singh, professor of ancient history at Delhi University has spent long years researching, resulting in Ancient Delhi (OUP, 2007), that brings together the fascinating history of the region from ancient times to the 12th century.

The Delhi we normally talk about is less than a thousand years old; textual evidence begins to be available from around the late 12th century CE, from the time of the arrival of the Turks which is also the time when paper arrives in India through the Turks and Central Asians, who were introduced to the technology from China, through the Silk route.

From the time of former slaves, to the Khiljis, the Tughlaqs, the Lodis and Mughals, Delhi has been receiving an endless stream of new arrivals who have made the city their home. The new settlers have changed in the process and have changed Delhi even as Delhi was changing them.

Delhi became a city when the first set of those who were not born in Delhi came and started living here; the Tomars and Chauhans were outsiders as well. If the outsiders had not come with their new food and attire, new architecture and music, new crafts and their own myths and tales, Delhi would have remained a series of scattered villages. It is the migrants that turned Delhi into a city just as migrants have turned thousands of villages into cities all over the world. Cities have no native population, native populations live in villages and not in cities. The purpose of this rather long-winded introduction is to foreground the fact that the oft-repeated lament that Delhi had lost its character with the heavy influx of people from Pakistan is only partly true. It is only partly true because it is presupposed that Delhi had a culture and a way of life, born in a distant past, that had remained unsullied, unchanging and static for ages which was suddenly destroyed in the wake of Partition. History and culture are processes that do not lend themselves to such easy generalisations.

Fareed-ud-Din Ganj-e-Shakar, popularly known as Baba Fareed, was the chief disciple and successor of Khwaja Bakhtiar Kaki and was sent to Ajodhan, now Pakpatan in Pakistan to spread the Sufi message. Both Nizam-ud-Din and Khusrau travelled to Ajodhan on several occasions and that is perhaps how Punjabi words began to be mixed in the language of Delhi, and perhaps also through the agency of Punjabi traders who frequented the bazaars of Delhi.

The character that Delhi is believed to have lost with the two-way exchange of populations and the attendant loot, arson, murder and mayhem, following independence, was a way of life that was constantly being redefined and redesigned.

Shahjahanabad or Jahanabad came to be called old Delhi, when the British started building clusters of offices which have been trying to impersonate a city and is called New Delhi. The British could not decide between two rather inane options – Georgeabad and Georgetown as the name of the new colonial capital. The masons and plumbers began to refer to the area as ‘Nai Dilli’ and its English translation stuck. Shahjahanabad or Delhi became the ghetto called the ‘walled city’ when DDA bestowed this moniker to the heritage city after placing it within the careful neglect of its slum wing.

But much before all this wilful destruction by its keepers, Delhi was buffeted by storms that shook it to its roots. In quick succession, Nadir Shah in 1739, Suraj Mal in 1753, Ahmad Shah Abdali in 1756, and the Marathas in 1757, attacked and sacked Delhi. Many of those who came with the pretenders to the throne of Delhi, settled down in the city; the Rohella Pathan – Sarai Rohilla is a reminder of the presence of the Rohillas,  just as Pul Bangash and Kamra Bangash are remnants of the writ of the Afghans that ran in Delhi for a while, just as Jatwara in Daryaganj reminds us of the Jats who took over Shahjahanabad as do Jogivada, Malivada, Bara Hindu Rao, and Chawri etc., speak of the influence of the Marathas.

And then came the British, who wreaked havoc on the city, cutting it up, post 1857, executing tens of thousands, and throwing in jail and torturing countless more.

What happened to Delhi subsequently is something that we will continue with in part two of this tale.