Swami Nirgunanda – The Monk Who Would Have Given His Kingdom Away

On May 27, 1800, Banaras received a visitor who had fled from Kathmandu and who called himself Swami Nirgunanda. Four years later, the very same Nirgunanda, now reverting to his original title of Rana Bahadur Shah, entered Kathmandu and caused the rise of a bloody era of Nepal politics. 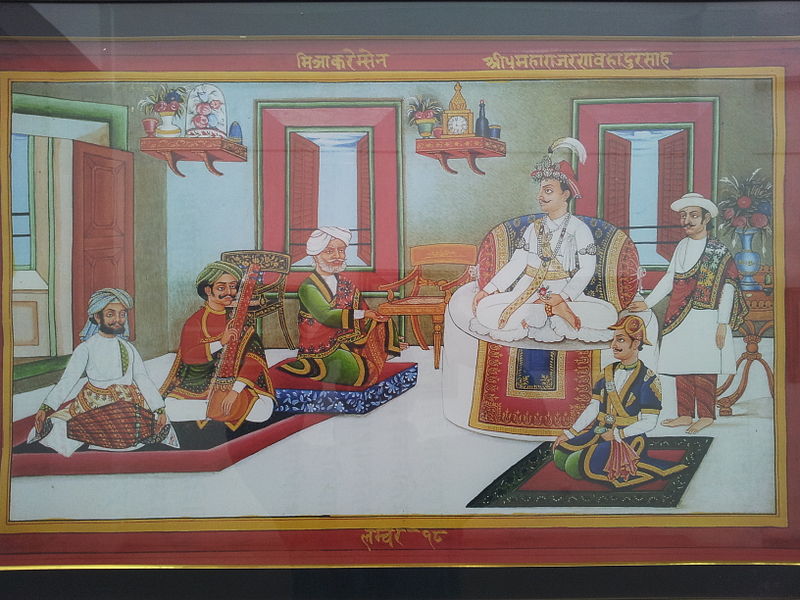 On May 27, 1800, Banaras received a heartbroken visitor, who came to the holy city with a retinue of a queen, noblemen from the court of Kathmandu, ‘four equipages of females and 50 men’. The visitor, who had come to call himself Swami Nirgunanda, sent the British in a tizzy; Nirgunanda was, in fact, fleeing from Kathmandu, where military forces had been dispatched to the fort in Nuwakot in the north-west to bring him to court. For Nirgunanda was none other than the erstwhile Nepali king Rana Bahadur Shah, who had voluntarily abdicated his throne in favour of his one-and-a-half year-old son Girvana Yuddha Bikram, and despite his abdication, had played a hand too many in the political intrigues that marked the ‘stone-cold corridors’ of the Kathmandu court.

Four years later, the very same Nirgunanda, now reverting to his original title of Rana Bahadur Shah, would enter Kathmandu – flouting the abdicating documents he had signed – issue edicts to depose and punish the same nobles who had compounded his hastened exit from Nepal, and would lead to the rise of a bloody era of Nepali politics that would end with the 1846 Kot Massacre, and set a precedent for the 2001 Royal Massacre. More importantly, Rana Bahadur Shah’s reign was the beginning of a dark era for the recently conquered territories of Gorkha; when it was time to consolidate the empire, Rana Bahadur’s reign gave rise to court intrigues that dispelled all notions of ‘unification’ of an empire.

Although anointed king at the tender age of two after his father Pratap Singh Shah died in 1777, Rana Bahadur came of age in 1794, and almost immediately eliminated the erstwhile regent and his uncle Bahadur Shah to consolidate power. Two years later, he fell in love with a Maithili Brahmin widow named Kantabati who, by historians’ accounts, had been visiting the Pashupati temple on a pilgrimage. Encouraged by two of his courtiers, he ‘had Kantabati arrested…forcibly carried in a box and taken to the royal palace.’ Widow remarriage was taboo then, and Kantabati was an upper-class Brahmin. She refused at the thought of marrying a Kshatriya – a king perhaps, but still lower than her in the caste hierarchy. Six months after this strange, and indubitably inexplicable, declaration of love, Kantabati finally changed her mind when the king offered her the unthinkable: he promised her their son would become king.

This was an extraordinary move for a Shah king, going against the primary tenet of Prithvi Narayan Shah, the Gorkha conqueror who kickstarted the Nepali unification campaign, who had deemed the line of succession to be passed on to the legitimate firstborn son – which was Ranodyot Shah, born of Rana Bahadur’s second wife.

Nonetheless, when Kantabati gave birth to Girvana Yuddha in 1797, Rana Bahadur kept his promise and declared him the heir, much to the consternation of the entire nobility except his older queen Rajrajeswori, who preferred the newborn be king rather than Ranodyot, born of Suparnaprabha, the second wife.

A year later, tragedy struck. Stricken with tuberculosis, unable to be cured by two vaids and multiple prayer offerings across Kathmandu’s temples and monasteries, Kantabati lay dying. When Rana Bahadur was advised to give up the throne and take up the robe for the sake of his wife’s health, he promptly did so, in hopes the magnanimous sacrifice would cure her. Girvana Yuddha was anointed king when he hadn’t even turned one. Rana Bahadur had hoped to control the kingdom through the regency, but fate had other plans.

Kantabati’s health didn’t improve, and she died on the banks of the Bagmati in Pashupati. Heartbroken – driven mad, perhaps – Rana Bahadur, at first, wanted to jump into her funeral pyre. Persuaded otherwise, he went on a rampage that can only be described as a lover’s mad fury (enabled by an autocrat’s ego):

‘(T)he idols and images of various deities of Kathmandu valley were defiled and desecrated. Rana Bahadur even set himself to blasting the Pashupati temple with cannon fire, but was somehow dissuaded from the act. On his orders, the image of Taleju Bhawani was dug up from her shrine and thrown to the cremation ground. An axe was used to pound and smash the statue of Betal…in (Bhaktapur), while the Hariti Mata temple of Swayambhu was offered incense made of human excreta, and then her idol dug up and thrown into the nearby jungle.’

The fury wasn’t just directed at the gods who had taken away his beloved. He began, in violation of his abdication, to interfere in court affairs, to an extent that the infant king had to be smuggled away to Nuwakot fort. Rana Bahadur then had two of his courtiers hanged, one dragged into a marketplace and one paraded wearing women’s clothes. Finally, when two different courts had been set up with the nobility divided, those aligned with the infant king sent a division of the army to arrest Rana Bahadur, upon which he fled to Banaras, Queen Rajrajeswori in tow. 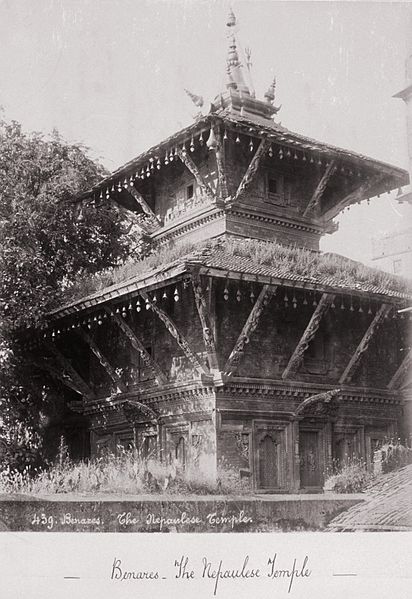 Rana Bahadur’s time in Banaras, however, was unremarkably ascetic, incurring ‘debts to the extent of Rs 60,000 to local bankers during this period and…deprived his senior Rani of her jewels.’ The British had initially seen him as a counterweight to the reigning forces in Kathmandu, and chosen to deal with him in the hopes of accessing the closed trans-Himalayan trade routes across Gorkha territory, but were increasingly getting impatient with him. Rana Bahadur, meanwhile, continued to involve himself in political games – this time, ably supported by Bhimsen Thapa, who’d virtually rule the kingdom for four decades in the days to come. Kathmandu was keen to keep him in Banaras, and here, the East India Company’s and Kathmandu’s interests converged.

Rana Bahadur’s excesses and his dealings convinced the British to speak to Kathmandu directly, concluding in the 1801 treaty that gave the Company ‘commercial rights to trade in Nepal and through Nepal with Tibet’. The Company would, in turn, ensure Rana Bahadur’s continued residence in Banaras and provide him with an annual income.

The treaty, signed in October, came into force immediately, but Rana Bahadur Shah was not informed of it. On November 5, he wrote the governor general a most astounding letter, the contents of which showed the extent of his desperation:

‘…if the country of Nipaul only should be restored to me, I will pay the Company’s government in the proportion of four annas….If (which may God avert) none of my descendants shall be in existence, I agree that the whole of the country of Nipaul shall devolve to the administration and control of the Company (emphasis mine); and I do further agree that, excepting the Company, no person, whether of my tribe or of my relations, or of the disaffected in the country of Nipaul, shall ever be put in the possession of the power and authority, and in that event a jagheer, the monthly produce of which shall amount to Rs 30,000 shall be appropriated from the Company’s territories to me for my expenses, which will convince me of the benefits to be derived from the Company’s friendship.’

Such a letter is doubly damning: never before, or since, has a king of Nepal offered his kingdom to anyone, at least in recorded history; further, the idea that the Shah kings thought of the Gorkha empire as a nation to be ‘unified’ collapses. There is no evidence that the Company took Rana Bahadur’s offer seriously; nonetheless, that he had to resort to such a move hints at how far he had sunk. The Nirgunanda affair had allowed the Company to gain a foothold in the hitherto impossible Gorkha empire. Kathmandu had been forced to make a bargain with the British to keep Rana Bahadur at bay, but it was clearly the lesser of the two evils for the court.

The Company, however, could not keep Rana Bahadur at Banaras for very long. In 1804, he returned to Kathmandu, once again taking charge of the throne. Soon after his return, Bhimsen Thapa proceeded to implicate almost every member of the Pande family, which had until then been at the heart of the nobility, in a conspiracy against the government, and eliminated them all. Rana Bahadur was himself assassinated in 1806, just two years into his return, but his reign – a terrible one, perhaps even the worst among all Shah kings – changed the course of the Gorkha empire, directly leading it into a century of autocracy.

Amish Raj Mulmi is a Nepali writer and a publishing professional. He is currently digital editor at Juggernaut Books.