Hailed as the father of liberalisation, Rao’s personalised decision-making and working style earned him enemies and his party’s tally dropped from 252 MPs to 140 MPs when he lost power in 1996. 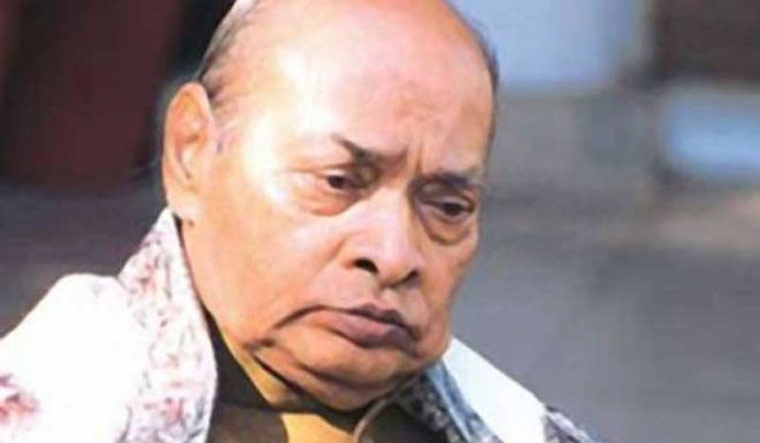 Thirty years ago this week, Narasimha Rao, then a minority prime minister, outsmarted his critics in the Lok Sabha by resorting to a hitherto unused mantra in Indian politics – that there is no alternative to him. It was this TINA factor that prompted poll-wary MPs to finally fall in line and go along with his plans for economic liberalisation. The story has been told well by Rob Jenkins in his 1999 book, Political Skills: Introducing Reform by Stealth.

Opposed to the International Monetary Fund (IMF) conditionalities that were defining the process were a formidable line-up of Nehruvian Congressmen, socialists like George Fernandes and Chandra Shekhar and the Swadeshi nationalists of the RSS. Here is a field reporter’s version of how Rao kept his colleagues in the dark while he plotted the deal even before he took oath as prime minister on June 21, 1991.

Let us begin with the tussle for the prime minister’s post, which played out in true Congress style. By the evening of June 18, 1991, it seemed Sharad Pawar was unstoppable with over 130 MPs aligning with him. There were two well attended dinner parties in his favour. Unnerved by this, family loyalists like Arjun Singh, M.L. Fotedar, N.D. Tiwari and Karunakaran at a late night meeting decided to switch loyalties to Rao. They wanted to avert a Pawar takeover at any cost. Soon, Pranab Mukherjee also joined them.

The next morning (June 19), Karunakaran, Antony, Andhra chief minister Janardana Reddy and G.K. Moopanar met at Kerala House. Karnataka chief minister Bangarappa and Siddharth Shankar Ray lent support to the regional syndicate. This forced Pawar to agree to Karunakaran and S.S. Ray seeking the opinion of individual MPs in private. And the two observers found that a majority of the Congress MPs supported Rao.

Ten minutes later, the Congress parliamentary party at its meeting in Central Hall unanimously elected Rao as its prime ministerial nominee. This was on June 20. Soon Rao, accompanied by Arjun Singh, met President R. Venkataraman and staked claim to form the government. When Rao got the presidential invite a little after 2 pm at his Motilal Nehru Marg residence, he was in a huddle with Arjun Singh, Pranab Mukherjee, M.L. Fotedar and R.K. Dhawan.

Also read: Thirty Years After Liberalisation, a Look Back at the Various Pieces of the Puzzle

The prime minister-designate first rushed to 10 Janpath to seek the blessings of Sonia Gandhi. While returning, he got a message from cabinet secretary Naresh Chandra. He said he wanted to appraise Rao of a very urgent matter. At the officials’ meeting, Rao listened to the finance secretary, explaining the impending financial crisis: foreign exchange  reserves had dipped to a dangerous Rs 2,500 crore, India’s external debt was as high as 22% of GDP and internal public debt stood at 56%. Rating agencies had put India at a ‘dangerous level’.

The Chandra Shekhar government had to pawn RBI gold held in London banks to raise $400 million. At the meeting that lasted 90 minutes, the senior officials also told him how they took the initiative to negotiate a standby loan of $2.3 billion from the IMF for a 20-month period. For this, the IMF also insisted on a set of conditionalities. Naresh Chandra wanted Rao to take the decision on carrying forward the negotiations with the IMF.

In a separate meeting with Naresh Chandra, Rao sought a few clarifications. He went through the written and unwritten conditionalities. Then he announced the momentous decision: inform the IMF that India accepted all its conditionalities. This was a day before he took oath as prime minister.

At his residence, senior party leaders and well-wishers waited for the prime minister-designate. Where had he gone? Most leaders thought from 10 Janpath he had gone to Chandraswami’s ashram to seek the god man’s blessings. After his return, Rao walked straight in to resume discussions on matters like the ministers’ list and modalities for the swearing in.

Rao did not give any inkling of the historical decision he had taken barely 30 minutes before. An astute politician, he must have been aware of the strong objections among his colleagues to the IMF’s  conditionalities. Possibly, his strategy was to push ahead with the IMF decision and then come out with a fait accompli.

While Rao was with party colleagues, P.C. Alexander arrived. The prime minister-designate led him to his study. Going by what Fotedar revealed in one of his media briefings after his group formed Congress (T), that crucial day Rao went on alternating between drawing room and study.

The first unwritten conditionality was that the Rao must appointed a reform committed man (not politician) as finance minister. Accordingly, Alexander first contacted I.G. Patel. He said he suffered from various  ailments and could not undertake any heavy responsibility. The next in the IMF list was UGC chairman Manmohan Singh. When Alexander contacted him, Singh took it in a lighter vein. Soon, Rao himself came on the line and offered Singh the job. This made Singh cancel an evening party with friends.

Later when they met, Rao gave Singh a free hand to deal with the IMF offer. As economic advisor to the previous government, he was well aware of the nature of negotiations with the IMF. In the next two days, Singh held a series of meetings with the secretaries of other economic ministries and RBI officials.

Six years later, after Sitaram Kesri took over as Congress president, Devendra Dwivedi gave us a blow-by-blow account of the events that happened on June 20 and 21, 1991. Dwivedi was a former solicitor general and close confidante of Rao’s who stood by him even during his bad days. As per his version, the IMF conditionalities were quite humiliating and intrusive. The first was that India must appoint an IMF man as finance minister. The second precondition was to demonstrate the political will by carrying out devaluation of the rupee to the IMF-prescribed level.

In the long ‘must’ list were immediate trade liberalisation, scrapping of licensing and the slashing of  subsidies. The IMF would release its funds only after India presented a budget acceptable to the lender. According to Dwivedi, soon after the swearing on June 21, Singh gave a handwritten note to the prime minister on fulfilling the IMF conditionalities step by step.

Also read: IMF Says It Cares About Income Inequality, But Will It Change Its Ways?

Singh’s first golden counsel to the prime minister was not to place any liberalisation proposals at cabinet meetings where his colleagues were bound to block the moves. Everything went as per the plan. A 9% devaluation was announced on June 30 followed by another 11.83% on July 2. The next day, commerce minister P. Chidambaram, in the new trade policy (NTP), scrapped the quota system and removed export restrictions.

The NTP contained a whole range of trade liberalisations as per the IMF playbook. Singh, in his IMF-compliant budget on July 24, announced a steep 20% hike in petrol, diesel and LPG, abolition of MRTPC, automatic approval of FDI, partial disinvestment in PSUs and a new amnesty offer for black money holders. Two days later, the railway minister announced a steep hike in fares and freight rates. From Washington, IMF chief Michal Camdessus expressed satisfaction over India’s response.

The political opposition to the IMF’s conditionalities was fierce. From Nerhuvian Congressmen to poll-wary politicians and Subramanian Swamy, all hit out. Swamy on July 3 revealed that the IMF had put similar pressures when he was commerce minister under Chandra Shekhar. There was a chorus of protests when Singh told the media that all of the Congress manifesto could not be implemented.

Rangarajan Kumaramangalam and Harish Rawat said Singh had no right to say such things. A group of young Congress MPs issued a statement asking Rao to remove Singh. Priyoranjan Dasmunshi said Singh would ‘decimate’ the Congress in the elections. Dasmunshi was proved right. In the subsequent assembly elections, the party suffered severe reverses, including in the prime minister’s home state Andhra Pradesh and Karnataka. Subsidy cuts and the slashing of the public distribution system were major triggers. Panicked by this, Rao drew up his ‘revamped’ PDS.

In parliament on July 12, the BJP and NF-LF assailed Rao for ‘surrendering’ to the IMF. Murli Manohar Joshi warned Rao against ‘mortgaging’ India to the Fund. No one lent support when the prime minister on June 25 briefed V.P. Singh, Harkishen Surjeet, Chandra Shekhar and L.K. Advani. George Fernandes, Madhu Dandavate and Yashwant Sinha were furious over the ‘surrender’ when the prime minister and Singh met half a dozen opposition leaders the next day.

Rao’s IMF gambit had caused deep revulsions within both the ruling party and main opposition. In the BJP, a group led by Advani and Jaswant Singh wanted to take a lenient view. But a more vocal group led by the then party president Murli Manohar Joshi and RSS stalwarts like Dattopant Thengdi, H.V. Sheshadri and former sarsanghchalak K.S.Sudarshan argued against the IMF model of development. They were supported by K.R. Malkani, Sunder Singh Bhandari, K.N. Govindacharya, L.K. Sharma, Jai Dubhashi and a host of others. The latter argued that economic nationalism was integral to the cultural nationalism of the RSS.

There were sharp differences at the Sarnath meeting of the BJP’s national executive on March 14-16, 1992 when the dominant group presented an ‘alternative model of development.’ The issue was sorted out at a special chintan baithak heldthe  next month at Sariska where other RSS outfits like BMS, BKS and Swadeshi Jagran Manch were also invited.

Finally, the Gandhinagar session of the BJP’s national council (May 1-3, 1992) adopted an agreed upon document called A Swadeshi Alternative. The RSS continued with the agreed policy and tried put a spoke in the Vajpayee government’s reform programmes through its six years. The change in the Sangh’s view finally happened only under Mohan Bhagwat, as part of his deal with Narendra Modi.

As for the ruling party, Rao’s unpopular reform measures, a split in the Congress and half a dozen scams personally involving the prime minister were its undoing. The Congress tally fell from 252 MPs in 1991 to 140 in 1996.