How did migration impact the professional networks in which scientists functioned? Did they continue academic discussions with their former colleagues on the other side of the border? 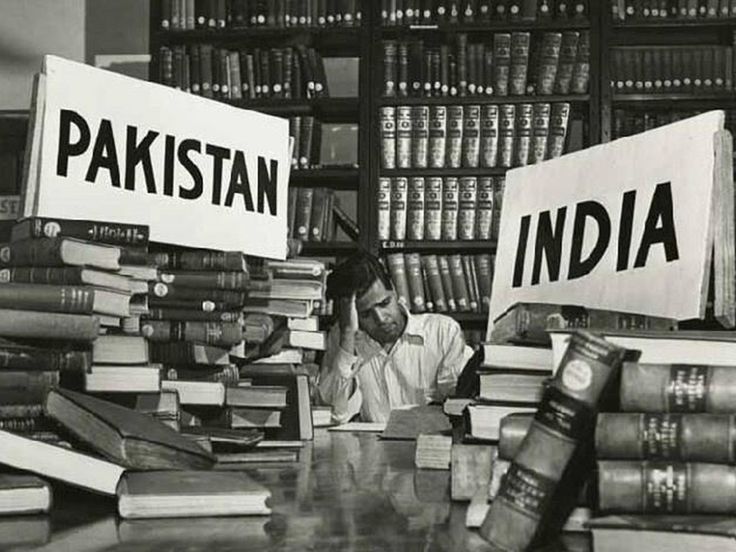 In a well-known vignette titled Joota (Shoe), the acclaimed Urdu writer Saadat Hasan Manto describes a riot in Lahore around the time of Partition. A mob targets the statue of Sir Ganga Ram, a famous engineer who is credited with the construction of many of Lahore’s landmark buildings, pioneering work in commercial agriculture and many philanthropic initiatives. As a man tries to place a garland of shoes on the statue, the police arrive on the scene and begin firing, leaving him injured. The story concludes wryly: “Chunanche marham patti ke liye usé Sir Ganga Ram haspatal bhej diya gaya.” That is, the man is sent to a hospital established by the very object of his ire.

Ganga Ram died in 1927 but this story, set some two decades later, indicates how Partition would affect the legacies and reputations of scientists and engineers – even posthumously – in what became India and Pakistan. For those who lived through the cataclysmic event, their identity is forever defined by which country they chose to settle in afterwards. Accomplished scientists who emigrated to Pakistan are all but forgotten in India, even when they had made substantial contributions to Indian institutions early in their careers. On the other hand, those who grew up in the scientific communities of Lahore or Dhaka but elected to work in India are probably not so well known in Pakistan today.

Consider the career of the chemist Salimuzzaman Siddiqui. Born near Lucknow in 1897, Siddiqui studied at the Mohammedan Anglo-Oriental College (the forerunner of Aligarh Muslim University), learnt painting under Rabindranath Tagore in Calcutta and did his doctoral research in Frankfurt. Returning to India, he conducted pioneering research on Rauwolfina serpentina and other indigenous plants with medicinal properties at the Unani Tibbia and Ayurvedic College in Delhi. He then caught the eye of scientist and technocrat S.S. Bhatnagar, the chief architect of the network of labs set up under India’s Council of Scientific and Industrial Research (CSIR). In 1947 he was made director of the National Chemical Laboratory (NCL). 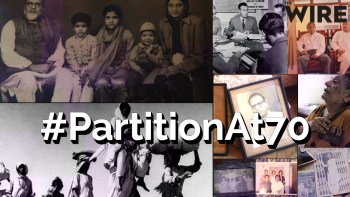 But religious tensions in post-Partition Delhi made daily life hazardous for Siddiqui. Issues were complicated further by the fact that his brother, the prominent Muslim League leader Chaudhry Khaliquzzaman, was now in Pakistan. This probably made Siddiqui a less palatable choice politically, and the offer of the directorship of NCL was withdrawn. Nevertheless, he continued work in Delhi until 1951, when he left for Pakistan at the invitation of Liaquat Ali Khan and became head of Pakistan’s CSIR.

Similarly, the name of Nazir Ahmed, a scientist who had done his PhD in physics in the Rutherford-led Cavendish Lab in Cambridge in the 1920s, is not widely known in India. Inevitably, given the fact that he went on to head the Pakistan Atomic Energy Commission, he is remembered primarily as a Pakistani scientist. But before that, he had had an (enduring) impact on science in undivided India. In the years after his return from England, Ahmed taught physics in Lahore, carried out research on cotton in Bombay, visited nuclear facilities in Allied countries along with eminent scientists and institution-builders Meghnad Saha and Bhatnagar towards the end of World War II, and played an important role in conceptualising the (Indian) CSIR.

Nor was the reverse scenario uncommon. Shanti Swarup Bhatnagar (1894-1955), mentioned twice above, was renowned not only for his leadership of the CSIR in the 1940s and 1950s but also for his research in colloidal and magnetochemistry. His too was a career built on either side of Partition (both in time and space). Bhatnagar’s formative years were spent in Lahore, where he got his high school and university-level education (at the Dyal Singh College and the Forman Christian College respectively). After a doctorate in London, he taught and conducted research for several years at the Punjab University in Lahore before he began his career as a technocrat in Delhi.

A product of the syncretic Ganga-Jamuni tehzeeb, he wrote the official song of the Benaras Hindu University (where he worked briefly) in Sanskritised Hindi. But it was his literary talent in and mastery of Urdu that attracted attention when he was a student. When his wife died in 1946, he produced a collection of Urdu poems in her memory. When Partition occurred, Bhatnagar stayed on in India, where his career graph was soaring, leaving behind friends, former students and a grand home in Lahore.

Partition didn’t just affect the lives of individual scientists: institutions were also transplanted or recreated across borders. The eminent Indian physicist and science educator Yash Pal, who passed away last month, provided a vivid example in the course of interviews given some years ago to historian and archivist Indira Chowdhury. In 1947, Pal was an MSc student in physics in Lahore’s Punjab University. His father had been posted to Delhi temporarily, and Yash Pal was there for his vacation at the time of Independence and Partition. He couldn’t go back to Lahore and volunteered at refugee camps in Delhi. Meanwhile some of his fellow students and teachers from Lahore had migrated to Delhi, and they worked together to get permission to open an ad hoc branch of the Punjab University’s physics department in property attached to its counterpart in the Delhi University. (This and similar departments constituted the East Punjab University, later rechristened Panjab University.) In similar fashion, two new campuses of the Dyal Singh College were opened after Partition in Delhi and Karnal.

The examples might be multiplied. The stories of these scientists are of course interesting from the biographical point of view – but some larger questions present themselves. How did migration in both directions impact the professional networks in which scientists functioned? Did they continue academic discussions and collaborations with their former mentors, colleagues and students on the other side of the border? In some fields it seems unlikely – especially atomic research, with the attendant need for secrecy. (These émigré scientists had to make political choices, and it is a poignant coda to this story that many of them spent part of their energies on work that would, or could, be used in war between the two countries.) In either case, how did the same field of enquiry develop in each country? Was there a divergence in approach and emphasis?

The history of twentieth-century science in India is a growing field (I am not acquainted with the equivalent literature on Pakistan). Recent books have dealt with the trajectories of nuclear physics, industrial technology, the IT industry and the space programme. As far as I can tell, however, most are structured around individuals and research programmes that stayed east of the Radcliffe line (on the Punjab side) or west of it (on the Bengal side). But 70 years after Partition, maybe now is a good time for historians of science to consider dealing with the subcontinent as a whole. A combined (and comparative) history of scientific cultures and institutions in India and Pakistan might yet emerge, and many are the insights such a history would offer.