Muslims not affiliated to political parties have very little chance of making it to public life. 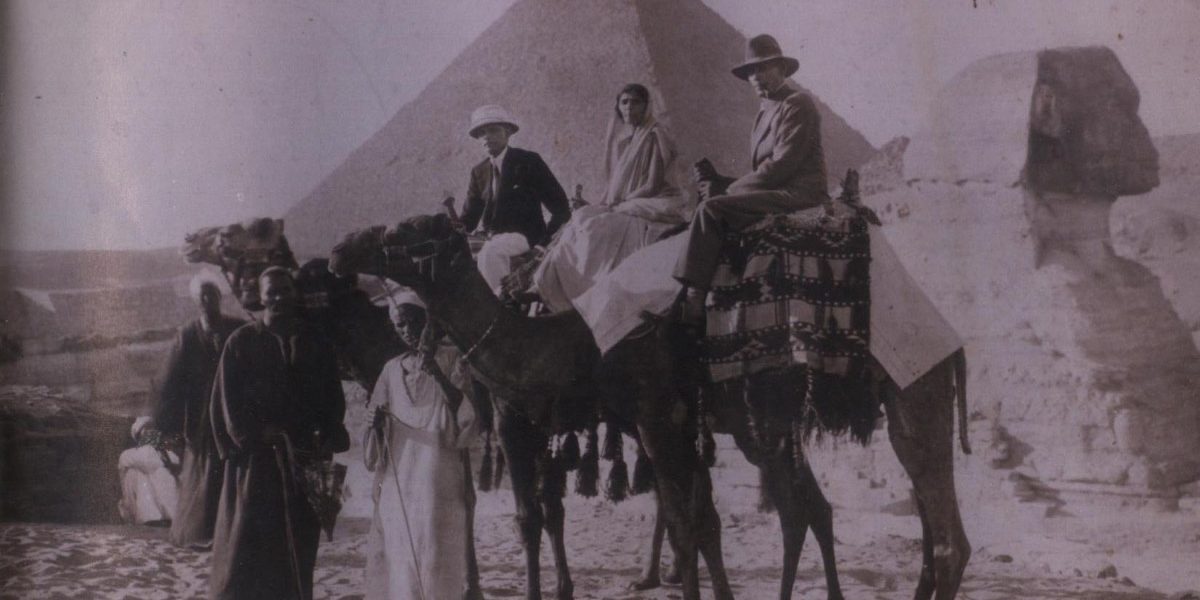 Sir Shafaat Ahmed (left) in Egypt with Jinnah and his sister Fatima. 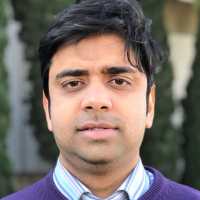 On September 2, 1946, members of the Interim Government took oath in Delhi. The Interim Government was formed to facilitate the transfer of power from the British to Indians, and consisted entirely of Indians, except for the Viceroy and the commander-in-chief. The plan was for it to have a total of 14 members which was to include five Hindus, five Muslims, and one member each from the Scheduled Caste, Parsi, Sikh and Christian communities, but before it finally took office, there was much debate and politicking, some of its acrimonious, about its composition and structure.

Only 12 positions were finally filled: Jawaharlal Nehru, Sardar Patel, Rajendra Prasad, C. Rajagopalchari, Sarat Chandra Bose, Dr John Matthai, Sardar Baldev Singh, Jagjivan Ram, C.H. Bhabha, Asaf Ali, Syed Ali Zaheer and Sir Shafaat Ahmed. Mohammed Ali Jinnah, who had broken away from the Congress, stayed away as he wanted the Muslim members to be only from the Muslim League. One of the names he objected to was that of Sir Shafaat Ahmed Khan, a scholar politician.

His appointment offers an example of how to the political trajectory of ‘independent’ – i.e. non-politically affiliated – Muslims in India has been fraught with strife.

The inclusion of these three Muslims undermined Jinnah’s constant demand that all Muslim members of the Interim Government should be from the League. “The Viceroy only added insult to injury by nominating three Muslims who, he knows, do not command either the respect or the confidence of Muslim India,” said Jinnah after Viceroy Wavell’s announcement. The inclusion of Sir Shafaat had particularly riled the Muslim League because he had left it over fundamental differences. While in the League, he had defended it publicly but also disagreed on many issues – the final parting came when the League asked that titles given by the British be returned, and Sir Shafaat disagreed strongly.

On the evening of August 24, 1946, as Sir Shafaat was returning from his walk, he was attacked by two youngsters near Darbhanga House (which now houses a school) in Shimla. He received deep wounds on his head, chest and neck. The incident happened just a few hours after Wavell announced on radio that Sir Shafaat would be a member of the Executive Council. This was a rare and outrageous physical attack on a high-ranking Muslim, and is also a telling statement on the precarious position of the independent Muslim.

Jinnah’s notion of non-League Muslim leaders as lacking respect among Muslims was central to his self-declared position as the sole spokesman of the community. He also argued that even the Congress be not allowed to nominate a Muslim, a condition that was never accepted by the British. The attack on Sir Shafaat Ahmed was reflective of the rather restricted space in the political firmament for Muslims who were not in either the Congress or the Muslim League camp. Two more Muslim leaders could have been inducted in the Interim Government (to take the total number of Muslims to five), but the questions of acceptability and legitimacy of any non-League, non-Congress Muslim prevented that.

Reporting on the tussle over the composition of the Interim Government, newspaper reports would describe the Muslim members as either “Congress Moslem”, “non-League Moslem”. For, as the formation of the Interim Government shows, there was hardly any scope for the ‘Muslim’ equivalent of a C.H. Bhabha, who was a businessman, or the Sikh leader Sardar Baldev Singh, both independent of political affiliations, a situation which continues even now.

Discussing the problems facing the composition of the Executive Council with Leo Amery, the secretary of state for India, Viceroy Wavell on June 20, 1945 wrote from Delhi: “The main difficulty is likely to arise over non-League Moslems if Congress insist on putting forward Moslem names. There would also be difficulty in inclusion of non-League non-Congress Moslems.” This is very similar to independent Muslim political actors/formations, not aligned with big parties, struggling to gain legitimacy or patronage.

Sir Shafaat’s inclusion may indicate that there was a scope for a non-Congress non-League Muslim, but it was predicated by the non-participation of Jinnah’s League. On October 26, 1946, three members – Sarat Bose, Sir Shafaat and Syed Zaheer – resigned to make way for the Muslim League, after Jinnah agreed to join the Interim Government. This brief elevation to a top public office was the highpoint in the political career of Sir Shafaat. In January 1947, there were talks of appointing him as India’s high commissioner to Canada, but it never happened. He had been a member of the UP Legislative Council in the 1920s, part of the Muslim delegation to the Round Table conference and also was India’s high commissioner to South Africa from 1941 to 1944.

Sir Shafaat’s entry to politics was through academia, and not through the popular routes of law or journalism. He is perhaps best remembered as a historian who played a role in the establishment of the Indian History Congress and presided over its first meeting in June 1935 in Pune. As chairman of the Modern Indian History at University of Allahabad he started the Journal of Indian History in 1924. He also taught at University of Madras and Aligarh Muslim University.

He died in Shimla in July 1947, having fallen ill two months earlier. Reporting his death the Congress-supporting Bombay Chronicle noted: “During the greater part of his public career, Dr Shafaat Ahmed Khan, an eminent professor of History and a politician, belonged to a school of thought and activity which quite rightly did not find favour with nationalist India and the Congress. That is why the news of his inclusion in the first Interim Cabinet was received with surprise rather than satisfaction.”

This characterisation of his appointment by the Bombay Chronicle as a “surprise rather than satisfaction” was at odds with the official Congress stand, but was still more charitable than the views of those who placed a greater importance on the joint participation of the Congress and the League in the Interim government. Reflective of the wider mood of the period, Sir Chimanlal Setalvad, for example, termed Sir Shafaat’s inclusion as “unfortunate” and “provocative” to the Muslim League, signifying that the idea of a representative national government during the high politics of Partition could only include Muslims from the League and the Congress.

It is only in retrospect that we can assess the figure of Sir Shafaat in the context of the idea of Muslim representation, which requires moving away from the dominant narratives of Congress-Muslim League matrix in the years leading to Partition. It seems that the restrictive bracketing of the nature of Muslim representation is not new, and has a tradition of being inherently inimical to independent voices and movements. It has now taken a much uglier turn.

In colonial India, there was a strong Muslim political presence in Punjab and Bengal, which has continued post-Independence in the form of IUML, MIM and other regional parties. But the story of the national level since then has been different. In independent India, Muslims voted largely for the Congress, which also gave a platform to community leaders. But now with the Congress’s electoral losses, the political sphere has shrunk.

In the current Lok Sabha (like the previous one) too, the ruling Bharatiya Janata Party (BJP) does not have a single Muslim. As the dominant political party, this situation raises a larger existential question on the conception of a Muslim politician itself.

The recent rhetoric of ‘UPSC jihad’, implying the infiltration of the civil services by Muslims, further shows the discomfort in certain sections of the Indian society over Muslims holding positions in public life. Whether it is bureaucracy or politics, it is clear that a narrative of hate and fear, driven by a dangerous construction of undesirability of Muslims in high offices seems to be the driving impulse.

The percentage of Muslim bureaucrats in India has been historically low, and the community’s shrinking political representation in Parliament brings to focus the vexed issue of Muslim representation and shows that walking the political terrain for Muslims has been difficult without patronage from established parties.

Danish Khan is a UK-based journalist and a doctoral candidate at University of Oxford.