In the Shadow of the Sardar – V.P. Menon, the Unsung Hero of Modern India

Sardar Vallabhai Patel's statue towers over the landscape of Gujarat, but no narrative of India’s unification is complete without acknowledging the contributions of V.P. Menon.

V.P. Menon remains largely a mystery, a blurry thumbnail on his Wikipedia page. Credit: Wikipedia; edited by The Wire 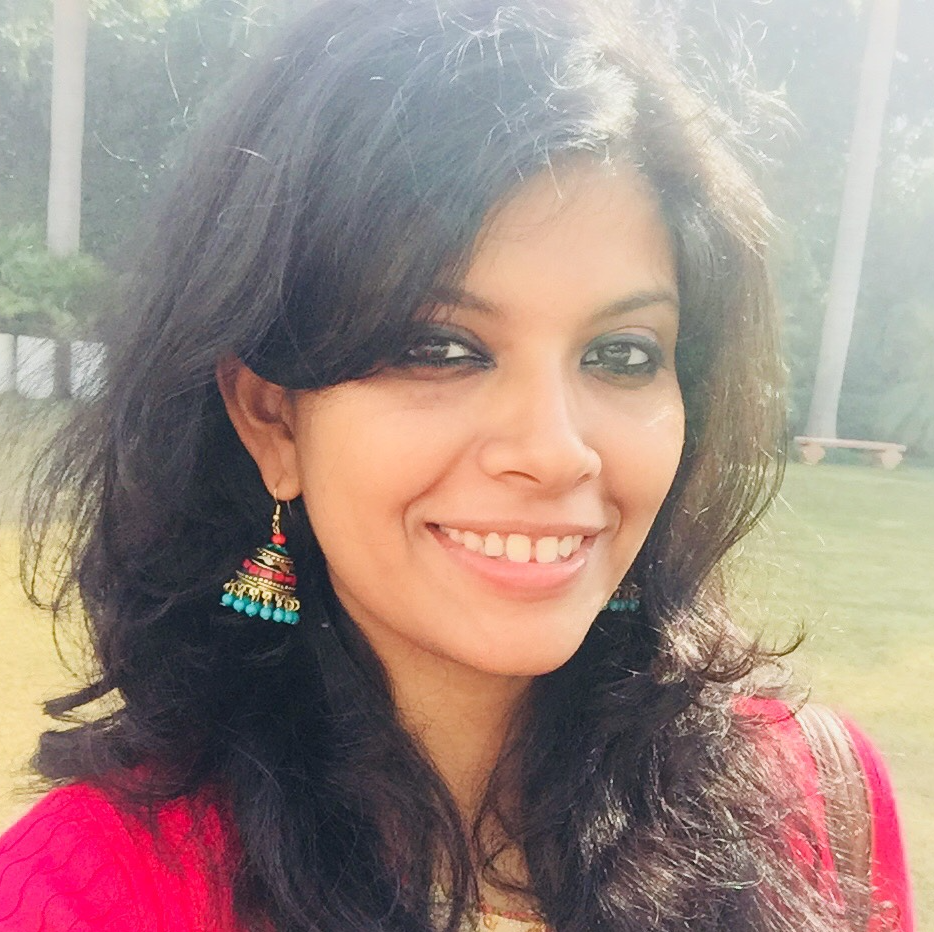 In June 1947, the states department, with Sardar Vallabhbhai Patel in charge and Vappala Pangunni Menon as its administrative head and secretary, was established with the sole aim of ensuring the merger of the princely states with India. In modern Indian history, the duo of Patel and Menon commands respect even today.

Stories of Menon’s travels across India, and his dealings with petulant, rebellious, sometimes gun-toting maharajahs are legendary, even though it is Patel who is widely held to be the unifier of modern India. On October 30, 2018, 68 years after his death, a statue of the Sardar – incidentally the tallest in the world at 597 ft – was unveiled by Prime Minister Narendra Modi in the Narmada district of Gujarat.

In a blog published in The Times of India on October 31, the Indian Prime Minister termed Patel the “maker of modern India”.

There is no doubt that Patel was a seasoned administrator, a beloved fighter for land reform and a man of granite-like strength of mind. He thought nothing of taking on colossuses of the likes of Gandhi and Nehru, if his views differed from theirs. Not for him the traditional role of sycophant or yes-man. In Patel, Menon, then Reforms Commissioner to Lord Wavell, recognised a political force to reckon with.

In 1946, even as Nehru’s stance on the Viceroy’s proposed role in the interim government threatened to torpedo the whole affair, Menon cannily advised the then Viceroy, Lord Wavell, to reach out to Patel to ascertain his opinion on the matter. His reading of Patel was astute: between Nehru and Patel, it was the Sardar who was the better ruler.

This is an important distinction, even (perhaps especially) today. Nehru was a wonderfully nuanced, cultured and intelligent statesman. But it was Patel who was the  ruler among the two. To Menon, when a nation – particularly one so richly veined with religion, culture and language as India – was newborn, it needed a man who could and would hold the reins of power with an iron hand. The Sardar lived up to Menon’s expectations. Telling Menon’s envoy, H.V.R. Iyengar, that he would not only insist that Congress form the interim government, but that he would resign from the working committee if his position was not accepted, Patel ensured that his views carried the day. More importantly, he was not displeased by Iyengar’s initiative and his curiosity about who had sent him was piqued.

In his daughter Maniben’s diaries, Menon makes his first appearance in August 1946. The friendship between the two men was instant, and it was, for both, a transformative relationship. Indeed, so deep was Menon’s admiration for the Sardar, and so close were they, that Wavell began to worry about the ramifications of their closeness, convinced that “little Menon” was a “mouthpiece” for Patel.

In Menon, Patel recognised both a kindred spirit and the potential for a much-needed right hand, when the time came. Here was a man who had worked his way up through the ranks of government service to where he stood now, in a position of undoubted power. Short, stocky, and decidedly blunt with his opinions, Menon was born in 1893, in a little known village some six kilometres out of Ottapalam, Kerala. His entrance into government service was a path charted by luck, merit and sheer eye-crossing hard work – all qualities which appealed instinctively to Patel.

Menon did not hold the official credentials of being an Indian civil servant, but his political savvy – he had been at the frontline of India’s constitutional progress since 1918, when he had been the principal typist of the first draft of the Montagu-Chelmsford Report – was beyond question. In his years in the Reforms Branch, he had not only helped to implement the Government of India Act, 1935, but he had organised the elections of 1937.

He was well-versed in the ways of Jinnah, Gandhi and Nehru, and he handled the vagaries of different viceroys with aplomb. His work had already brought him into close and vital contact with maharajahs across the country, and he had personally put together the first ever draft of an Instrument of Accession.

Crucially, as reforms commissioner, he held the ear of the Viceroy – Wavell, in particular, liked him very much – and his access to the inner workings of the India Office was indispensable. It was Menon’s plan for solving the problems of India’s independence that had been carried above Lord Mountbatten’s plan. Patel knew full well the story of the “Menon Plan”.

Mountbatten’s original plan envisaged not the cleavage of the Indian subcontinent into two countries, but its vivisection into over a dozen. Each province would have the right to secede; each princely state would have the right to become independent, if it so chose. Confronted by Nehru’s incandescent rage at the prospect of “fragmentation, conflict and disorder”, Mountbatten had had no choice but to call in his constitutional advisor. Menon typed up his alternative plan in the room of his modest guesthouse, in six hours flat, smoking his way through endless packets of cigarettes.

The Menon Plan had given birth to an independent India, changing the map of the subcontinent – and the world – forever. By the time that Menon entered the Sardar’s orbit, then, his decided opinions, his vast knowledge of constitutional lore, and his ability to turn a crisis on its head guaranteed him a place as Patel’s right hand.

As minister of states, Patel had the overall charge of seeing to it that the 550 princely states (and the numerous tiny principalities which dotted the Indian political map)  merged with the Indian Union. For himself, Patel had no good opinion of the princes. They were “rotten fruit – incompetent, worthless human beings, deprived of the power of independent thinking, and whose manners and morals are those of the depraved”.

He was not far wrong about quite a few of them, but it is to his credit that he admitted that handling all of them and their varying egos would be beyond the limits of his patience. Menon was given carte blanche in negotiating their accession.

The combination of these two personalities was a deadly one. Patel’s open contempt for the rulers was tempered by Menon’s mix of subtlety, gruff charm and ruthlessness. Take, for instance, the story of the Maharaja of Cochin, who was won over by the array of royal privileges that Menon laid out for the princesses, whom he likened to a “rare collection of birds” who would not survive upon being released into the wild. 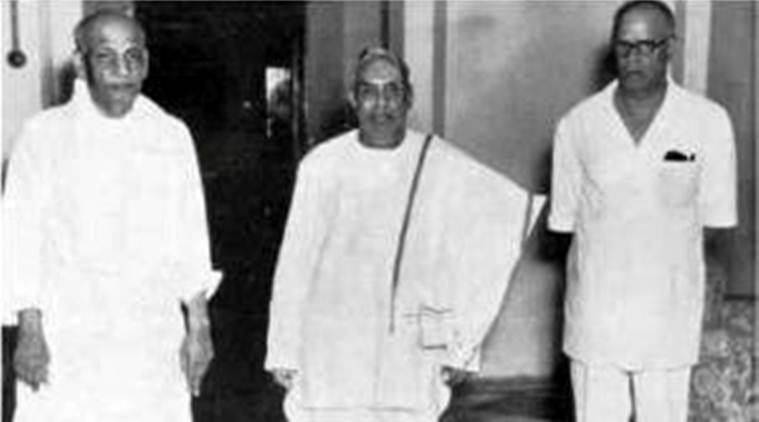 In yet another case, he made a special provision for the maintenance of the royal fleet of cars, earning from Mountbatten’s press secretary, Alan Campbell-Johnson, the admiring remark, “it is high statesmanship that can cover a revolutionary act in the mantle of traditional form”.

Menon was capable of cold mercilessness as well. “The alternative to a peaceful and friendly settlement to the states’ problem was to allow political agitation to develop – and to create dire confusion and turmoil.” The Nizam of Hyderabad was to discover this, much to his dismay.

In the 21st century, the extent of V.P. Menon’s role in the unification of modern India is relatively unknown. This is, of course, largely due to his own knack for downplaying his contribution to the formation of the Indian Union. His seminal books, The Transfer of Power in India and The Story of the Integration of the Indian States, are factual, dry and concise. They mention nothing of the extent of his role, but they were written at the explicit and dying request of Patel, who was fully aware of the magnitude of what had been done, and wanted Menon to tell the story.

In the wake of Patel’s death, Menon’s star plummeted as well. He was given the post of acting governor of Orissa in 1951, before he retired due to ill-health. Later, in the years leading up to his death in 1966, he was one of the founding fathers of the free-market oriented Swatantra Party, which included amongst its members Maharani Gayatri Devi and Rajmata Scindia.

Today, as the Congress and the Bharatiya Janata Party lock horns over the legacy of Sardar Vallabhbhai Patel, and as he is held up as the man who stitched together the geography of modern India, it would be well to remember that in the shadows, worked a man who is as little-known, as he is relatively unsung. As Patel’s envoy, it is V.P. Menon who cajoled, coaxed, and threatened rulers into joining the newborn Indian Union. He was the man behind the legendary tales of Kashmir, Junagadh and Hyderabad. He makes a cameo appearance in almost every book on the tale of India’s independence, and his books are widely quoted from. It is his signature on the Instruments of Accession.

Yet, the man remains a mystery, a blurry thumbnail on his Wikipedia page. The Sardar’s statue towers over the landscape of Gujarat, but no narrative of India’s unification is complete without acknowledging the contributions of V.P. Menon.

Narayani Basu is the great-granddaughter of Vappala Pangunni Menon. A historian and foreign policy analyst, her biography of V.P. Menon will be published by Simon & Schuster India in 2019. This will be her second book, and the first-ever biography on V.P. Menon.