Remembering Bappa, Bipan and the Way They Taught History

As another revered historian passes away, a former JNU student reflects on the free-wheeling debate between teacher and student that he encouraged. 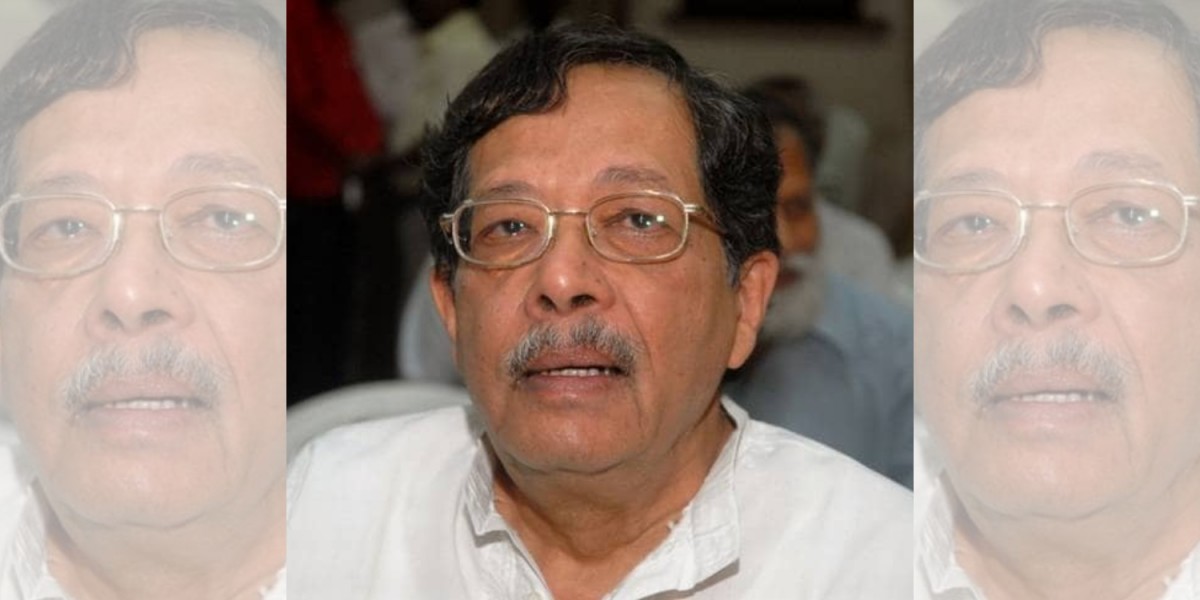 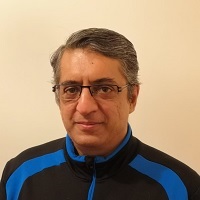 As a former student of professor Sabyasachi Bhattacharya, it was sad to hear of dear ‘Bappa’ passing away.

I had the honour of studying under him at the Centre for Historical Studies (CHS) at Jawaharlal Nehru University, first as an MA student and later for my M.Phil.

Bappa, as we called him, was the quintessential professor; thin, tall, with thick glasses, a scholarly stoop and his trade mark clearing of the throat which was part chuckle and part a classic car changing gears before tackling a particularly steep slope.

The great thing about Bappa is how he made difficult and heavy courses appear easy and digestible. Unlike many teachers who get swamped by their notes, and in turn bury their students with the minutiae of the leaves of the trees whilst missing the forest altogether, his lectures transcended any notes to which he rarely referred.

What he delivered to us was a distillation of his vast reading. His lectures were a magisterial survey of the contours of a sweeping historical landscape.

Lectures on “Capitalism in Europe” and “Economic History of India” – dense subjects, which are usually guaranteed cures for insomnia – became, in Bappa’s avuncular tones, an exciting discourse where you were constantly reminded that the study of history is much more than just a study of the past. It is a study of different tribes of historians, their travails and triumphs, which require to be mapped carefully so that the trajectories of our own scholastic inquiries can be plotted accordingly.

It is for that reason that CHS made all students review landmark books by eminent historians for their first tutorials.

Our celebrated professors came into their own in their tutorial discussions.

Sarvepalli Gopal or “Lord G” as we called him, was a proper English Lord Sahib complete with a crop of snow-white hair and crisp Oxford tone. Lord G rarely addressed you directly; he instead addressed the air several feet above your head or even better, the outside world beyond the window, which usually held his gaze. Yet, Lord G was always kind and gracious, giving letters of commendation which opened doors that were usually closed.

Bipan Chandra, a robust Pahari Punjabi known for his rustic good humour, was a star attraction. Bipan, with all his varied commitments, would miss several lectures and tutorials in a row, then to compensate, would give a mammoth lecture of several hours, with an interval in between, which we dubbed, “Bipan’s Matinee Show”.

Despite the length, Bipan’s lectures were mesmerising. Bipan poured all his power and pungency into his lectures, weaving modern Indian history with our contemporary times along with vignettes of his own life growing up in Punjab. We would emerge from his class, slightly dazed, but electrified by his passion.

Once when drenched in a sudden downpour, Bipan nonchalantly took off his wet shirt, draped it over a chair, sat down and started his Matinee Show but after reminding the girls that he was old enough to be their father and they shouldn’t get excited by seeing an old man lecturing them in his vest.

This was unbelievable. Remember, in those days – I am talking of university life circa 1980 – we had water in Up Campus hostel bathrooms for barely an hour in the morning and another hour in the evening, if lucky. There were no water storage tanks then. The water cooler rarely worked. We had no electrical sockets in our rooms. Fridges only existed on another planet.

Beer, that too, chilled beer, was nectar of the gods. And the chilled beer flowed at Bipan’s residence. We sipped the precious nectar reverentially. The girls in our batch didn’t drink beer, or so they claimed. They got cold nimbupani. We boys were grateful – we had more beer to guzzle. Everybody was happy. Our appreciation of Gandhi’s efforts to fight colonialism on one hand and communalism on the other increased exponentially. 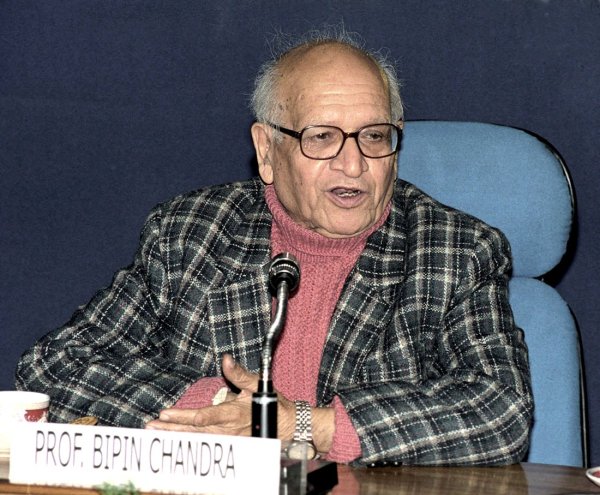 Bipan and Bappa were studies in contrast. For Bipan, the world was black and white; for Bappa, they were the hues of dawn and dusk.

For Bipan, there were heroes and villains to be supported or smashed. For Bappa, there were societies in a state of flux which had to be understood. Bipan wielded a broadsword, Bappa, a rapier.

Bipan gleefully plunged into battle hacking away to protect friends and slaughter foes, whether it be colonialism, communalism or Cambridge School. Bipan was the Happy Warrior. We yoked ourselves to his chariot and cheered lustily as he slayed the ungodly to the right and to the left, cleaving a path for the national movement to roll on.

Bappa taught us to use not the sword but the scalpel. Societies had to be dissected. The different social stratas had to be peeled away like layers of skin and tissue to expose vital organs which had to be weighed, their functions understood, their diseases diagnosed, their attempted cures studied, their circulatory system mapped, the cause of death and progress of decay laid bare with all the skill of a historical coroner.

Bappa taught us the subtle arts; to be the forensic pathologists of societies in the throes of social and economic change.

Bipan was driven by evangelical zeal. He had a robust thesis of the character of the Indian National Movement which he propounded with all the skill and subtlety of an artillery barrage.

You had to be a brave or foolhardy soul to stand up to Bipan and espouse a contrary line. Bipan delighted in pointing out the fundamental errors and “false consciousness” of those who strayed from the chosen path.

One of my distinguished batch mates, Shashi Bhushan Upadhyay, who came from Ballia, stunned us by standing up to Bipan and respectfully but firmly advancing a contrary historical argument to what Bipan advanced. The argument flowed back and forth between teacher and student with the student adamantly refusing to toe the teacher’s line.

The free-wheeling debate of JNU

It was a historical jugalbandi whose lessons resounded beyond the content of the debate. Only in JNU, could you have such a free-wheeling debate between teacher and student. Anywhere else, a student would have been punished for daring to question a teacher who was deemed infallible. It is in JNU, thanks to such great teachers and the ambience of debate and discussion, that we learnt to dissect, to evaluate, to develop a cogent, counter thesis which could take on any establishment of any political hue.

Bappa was the antithesis of Bipan. Bappa, in tutorial discussions, was kindness and thoughtfulness personified. Most of us didn’t have a clue on how to write a book review. We couldn’t figure out what one author had written, forget about figuring out what multiple authors had to say in multiple books.

I remember a tutorial discussion where a batchmate’s review of Rajani Palme Dutt’s Modern India, made even us novices wince. It was that bad, we thought. We awaited a scathing denouement. None came. Instead, Bappa stunned us and gave our colleague enormous confidence by finding some redeeming grace in her book review which we in our smugness had entirely missed.

Another time, I had attempted to review Amiya Kumar Bagchi’s Private Investment in India, 1900-1939, which was then the high watermark of Indian economic history. My review, I knew, was woefully deficient. Bappa was at his tactful best.

“Hmph, Hmph, Hazari, you have undertaken a rather ambitious task. What you have written, Hmph, Hmph, is a summary, at times a competent summary of some parts of the book – hmph, hmph, I expected something more. How is Bagchi to be compared with other books in the field? Perhaps, next time, you can tell us.”

Also Read: For Sake of Protecting the Idea of a University, JNU Teachers Must Rise

What we students loved about Bappa was the intellectual freedom he gave us. Bappa did not have any beloved overarching thesis to prove nor did he expect us to write dissertations to footnote his grand idea. What he taught us was how to analyse, how to sift through the writings of earlier historians to separate chalk from chaff, how to construct a cogent thesis which would withstand scrutiny from super critical peers.

Bipan Chandra sadly passed away a couple of years ago and now, Bappa, too has departed for the historians’ Valhalla. But they live on in their many books and in our hearts and memories of electrifying lectures, deep insights and the unique camaraderie between faculty and students which distinguishes JNU.

Bipan and Bappa lived to inspire generations of students like us. Let us strive to be worthy of their legacy.

Rabindra Hazari is a Mumbai based lawyer and historian.