The history of the organisation makes it clear that its ranks have been taught to develop an aversion to fresh thinking. Mohan Bhagwat's comments confirmed that this is the case last week when Pranab Mukherjee attended an RSS event in Nagpur. 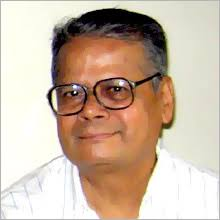 The antipathy of the Rashtriya Swayamsevak Sangh to liberal values is well known. But even then, it is astonishing that RSS chief Mohan Bhagwat should have condemned as wicked those who use vidya or knowledge for dissent.

He did this in the presence of former president Pranab Mukherjee at the RSS headquarters in Nagpur on June 7 by quoting a Sanskrit saying that begins, “Subhashit Vidya Vivadaya…” . This observation seems to have attracted little attention in the media. 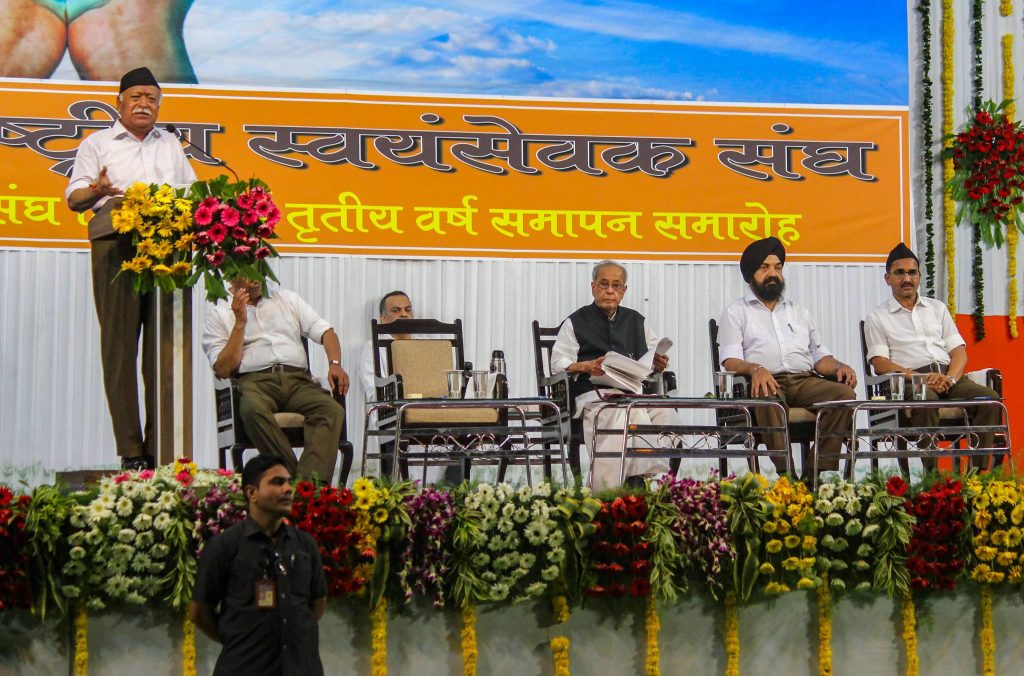 What an unhappy contrast Bhagwat’s observation makes to the understanding of vidya by Mahatma Jyotirao Phule and Dr B.R. Ambedkar, two of the foremost and relevant social thinkers of Maharashtra.

So, for these wise men, education and knowledge was the basic need for the common people. For the RSS, an enlightened mass of people are a severe threat to the established order. This is perhaps why it fears dissent and harbours a hostility towards it.

Maharashtra has a formidable tradition of learning and dissent in the modern period since the 19th century and it is not surprising that the RSS should be so uneasy with it. Lokmanya Tilak, though seen by many as a conservative, also had strong working class sympathies, so much so that Shapurji Saklatvala, a Communist MP of Britain, wrote to him in 1920 to launch an international communist labour party in India, (as quoted in an article on Karl Marx and class conflict by Prof J.V. Naik, the well known history researcher).

V.K. Rajwade, a fiercely independent historian in the early 20 century wrote a radical history of marriage in ancient India. The then young Communist S.A. Dange thought it was in line with Engels’s treatise Family, Private Property and the State. Rajwade also wandered all over Maharashtra at his own expense, collecting valuable records that became a great source for other historians.

Such was the passion for knowledge of S.V. Ketkar, a sociologist trained in the US in the first decade of the 20th century, that he single-handedly compiled an Encyclopedia in Marathi, also working as its publisher and salesman. For this he came to known as Dnyankoshkar .

The anti-intellectualism of the RSS and its role as a counter revolutionary force in politics and cultural life needs to be seen in this light.

Much of the thinking and teaching of cadres in its set-up is extremely uninspiring, monotonous, repetitive and boring as one of its former insiders, S.H. Deshpande, an ex-professor in the department of economics in Mumbai University has recorded in his writings of his days in the RSS. In contrast to the RSS leadership, V.D. Savarkar, Hindutva exponent, at least had a highly poetic imagination and was a creative writer of no small standing. Some of his poems sung by Lata Mangeshkar, including one about the longing for a return to the motherland, are moving. 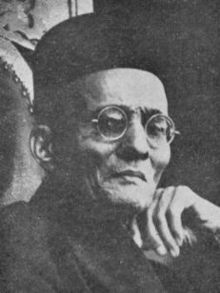 In contrast to the RSS’s aversion for fresh thinking, Savarkar emphasised the acquisition of knowledge. He said the moderates had produced many men of eminence. Can you name among you any man of the calibre of Gopal Krishna Gokhale or R.C. Dutt, he asked his followers.

Like Deshpande another dissenter was Raghunath Vishnu Ranade, (who happens to be my maternal uncle), political science professor who was close to M.S. Golwalkar, the then RSS chief, before he turned into a Marxist and a supporter of all progressive causes.

The leading light of the RSS in the thirties, Gopal alias Balaji Huddar, rebelled totally, became a Communist, fought in the Spanish civil war against Franco’s fascism in 1937, was imprisoned there for six months and had assumed the name of John Smith. He fought in the international battalion named after Sakaltvala, who had passed away a year earlier. Huddar had gone to Spain after studying in London and when he returned he was publicly felicitated in London at a meeting presided over by no less than Rajni Palme Dutt, a theoretician of the Communist Party of Britain and author of several books including India Today. No wonder the RSS does not like internationalism and dissent. (Huddar’s son, an engineer in the electricity board, lived in the same housing colony as mine in Nagpur during my younger days – he used to talk to me about his father.)

In contrast to Balaji Huddar, another Nagpur leader, B.S. Moonje of the Hindu Mahasabha, embraced the fascists and had a personal meeting with Mussolini in Italy in 1931. Nehru had studiously avoided meeting Mussolini during his visit to Europe.

In contrast to men like Moonje, the Communists produced a galaxy of stalwarts, internationalists and men of science. Dr Gangadhar Adhikari, a founder of the Communist party in India, had done his Ph. D. in chemistry in Germany and drawn inspiration from Einstein and Max Planck.

His nephew Dr Hemu Adhikari, who passed away in Mumbai last month, was a leading campaigner for promoting a scientific temper and rationality; he was a prominent stage and film actor and also a scientist in BARC, Bhabha Atomic Research Centre. So it was natural that he should have played a prominent role in Marxist Bertolt Brecht’s play Life of Galileo. Dissent is at the core of the play.

Hemu Adhikari was also very particular that one should not only acquire knowledge of science and other subjects, one should also develop a scientific temper. That is why he was troubled when some of his scientist colleagues behaved unscientifically during the solar eclipse, considering it as inauspicious, closed their windows.

One organisation which came close to rivalling the RSS in terms of cadres and drills and shakhas was the Rashtra Seva Dal formed by socialists like N.G. Goray , Shirubhai Limaye, V.M. Hardikar and S.M.Joshi in 1941. Congress and socialists leaders woke up when their own children began getting attracted to the RSS and started attending shakhas.

Some socialists spread out to other states to launch work there like Bapu Kaldate went to Bihar where picked up Bhojpuri. Sane Guruji, a revered Gandhian writer, did a lot of work for the Dal with his satyagraha for entry of Dalits to the Pandharpur temple .

The Dal had a rich cultural repertoire with many prominent figures including poet Vasant Bapat, P.L. Deshpande, Nilu Phule and it influenced many including actor Smita Patil.

However, some Congressmen, who wanted to take over the Dal, were biased against the socialists and Morarji Desai, the then home minister of the Bombay state, placed curbs on the activities of the Dal in 1947 and the organisation subsequently went into a gradual decline.

In contrast to the RSS, Phule’s excellent movement was aptly named Satyashodhak Chalwal, dedicated to the pursuit of truth with an independent mind, education and social reform. But then some people converted the movement into a movement against Brahmins, not Brahminism and it was led by the upper class who kept out Dalits. That shattered the dream of creating a new society based on social and economic equality.

The RSS stands in opposition to this fine tradition of progressive thinking and debate in Maharashtra. By speaking out against dissent so openly, Bhagwat made it clear, even before waiting to see what Pranab Mukherjee would say, that he had no interest in debate and was not open to other ideas. Instead of talking about social ills, the RSS has closed all its windows.

Vidyadhar Date is a senior journalist, a cultural critic and the author of a book on the importance of public transport.