The Provisional Government of Free India was a culmination of the political movement originating in the early 1940s outside India with the purpose to liberate her from British rule. 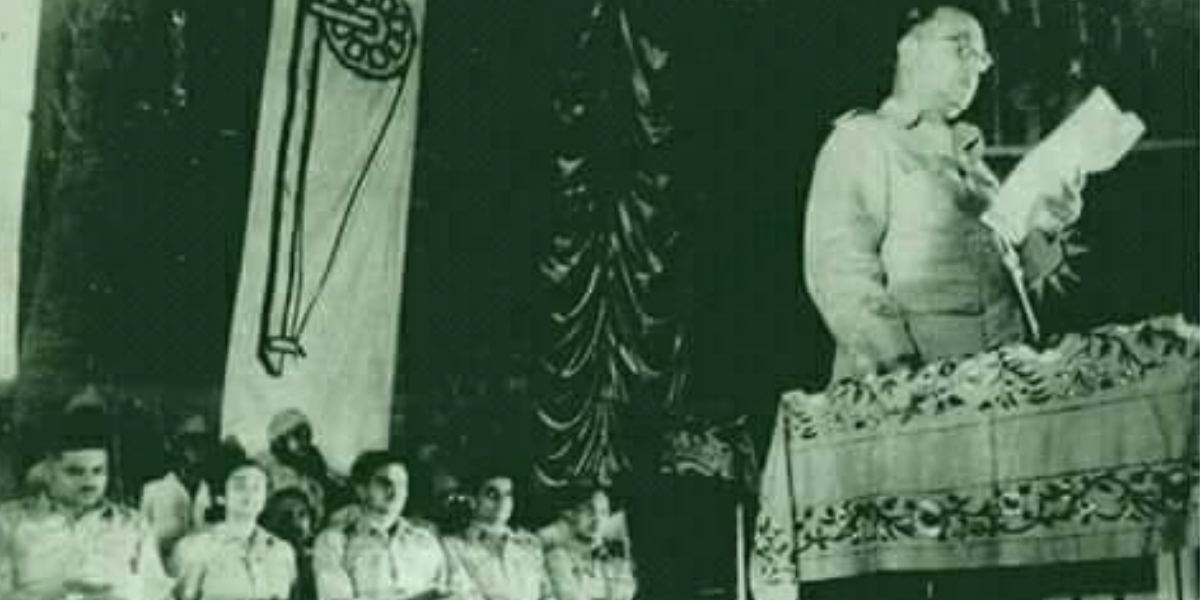 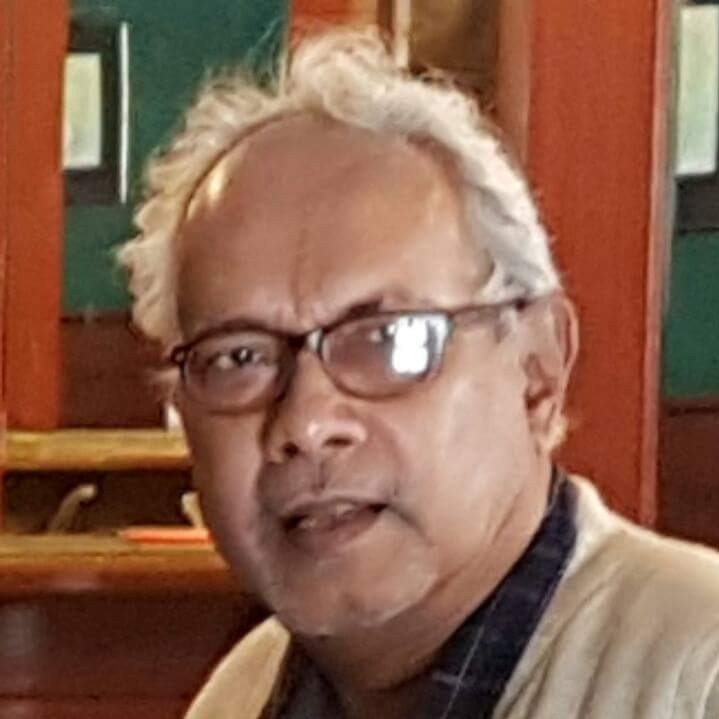 A charismatic leader that he was, the defiant patriot Subhas Chandra Bose, soon after he accepted the presidency of the Indian Independence League (IIL), the civil administrative wing of the Indian National Army (INA), on July 4, 1943, on arrival at Singapore, decided that to stimulate nationalism among the Indians in southeast Asia, the INA needed dates and events to celebrate.

The very next day, on July 5, he announced to the world the existence of the INA and its aim: to march to Delhi (Delhi chalo).

His next step was the formation of a women’s regiment. The Rani of Jhansi Regiment was announced on July 12. This force of several hundred was led by Captain Lakshmi Swaminathan, a doctor living in Malaya since 1940.

Exactly a month after he announced the existence of the INA and its mission, he took over as the supreme commander, on August 5.

Proclamation of the Provisional Government of Free India

The grandest day was October 21, 1943. On this day Bose announced the formation of the Provisional Government of Free India (PGFI), Arzi Hakumat-e-Azad Hind, or, in short, Azad Hind Government, an Indian government-in-exile. It started functioning from Singapore with 11 ministers and eight representatives from the INA. 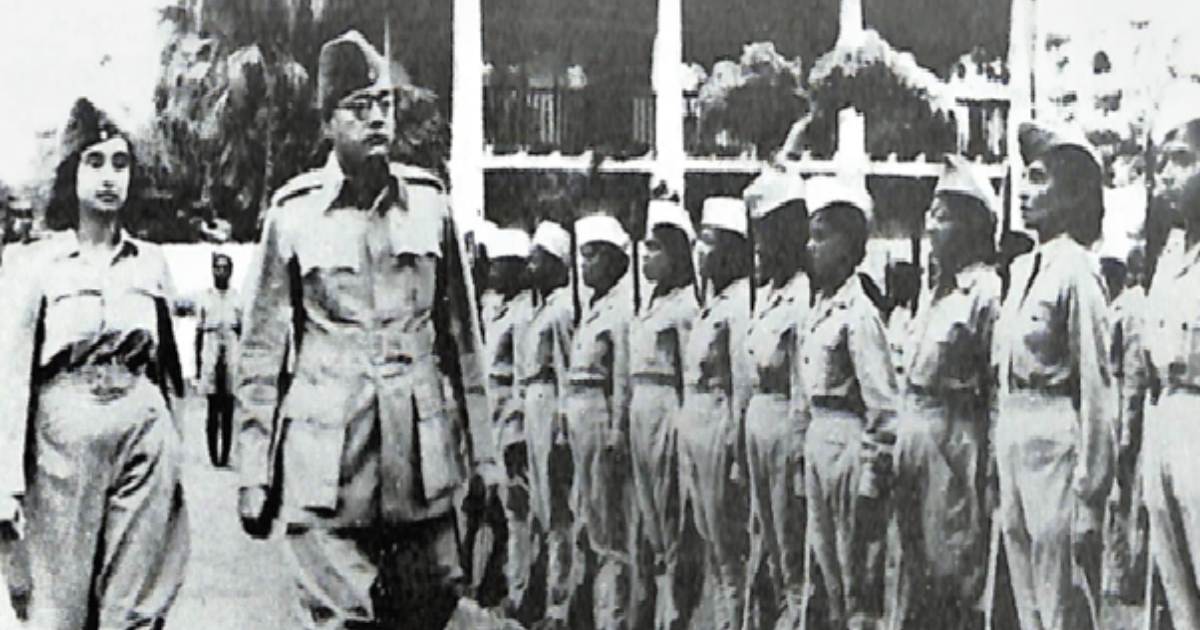 The PGFI was a culmination of the political movement originating in the early 1940s outside India with the purpose to liberate her from the British rule. The government of Azad Hind soon had its own currency, court, civil code and national anthem ‘Subh Sukh Chain’. The INA had its motto, ‘Ittehad, Itmad aur Qurbani’ (unity, faith and sacrifice) and its national greeting ‘Jai Hind’. Its existence gave greater legitimacy to the independence struggle.

The PGFI was recognised by nine Axis-aligned countries: Japan, Germany, Italy, Croatia, Burma, Thailand, Philippines, Manchukuo (Manchuria), and the Republic of China (Wang Jingwei regime). It received a note of congratulations from the Prime Minister of Ireland, Eamon de Valera.

The 21st of every month thereafter was marked as a day of celebration. Mass rallies were held and members of INA, Rani Jhansi Regiment and the IIL together with civilians would affirm their allegiance to the Azad Hind Government. Schoolchildren sang ‘Vande Mataram’ as the Indian flag was raised.

Also read: What We Know About the Last Few Days of Netaji Subhas Chandra Bose’s Life

Leaders would talk about the month’s progress at the end of the programme, which included narrating the advancement of INA at the Arakan front, update on the gradual transfer of the headquarters closer to Burma border, later, setting up of the INA headquarters in Rangoon on January 25, 1944, and its monthly financial position and recognition given by various countries.

In an arrangement with the Japanese government in November, partial governance of the Andaman and Nicobar Islands were taken over by the PGFI. On November 13, Bose renamed the islands as ‘Shahid and Swaraj Dwip’.

Celebration of Gandhi’s and Netaji’s birthdays

In addition to Mahatma Gandhi’s birthday, the INA-IIL started celebrating Netaji’s birthday. Massive processions were taken out in Singapore. Sports events were held, and school children participated. And, at the end of the programme, they reaffirmed their allegiance to Bose.

It was also decided that ‘Netaji week’ will be celebrated every first week of July to commemorate the arrival of Netaji in Singapore. The week was observed not only in 1944 and 1945 but continued even after the War.

Losses at the Indo-Burma border necessitated commemoration of the fallen soldiers. Bose laid the foundation stone of the “Memorial to the Unknown Warrior of the Azad Hind Fauj” at Singapore’s Padang near Connaught Drive, on July 8, 1945. Col. Strassi of the INA was the architect of the Memorial. In the absence of Bose, the cenotaph was unveiled on 23 August 1945, by laying of a wreath by Major General M. Z. Kiani, Major General S.C. Alagappan, Dr M.K. Lukshumeyah, Vice President of the IIL and other leaders. The words “Ittefaq-Itmad-Qurbani” was inscribed on the memorial. 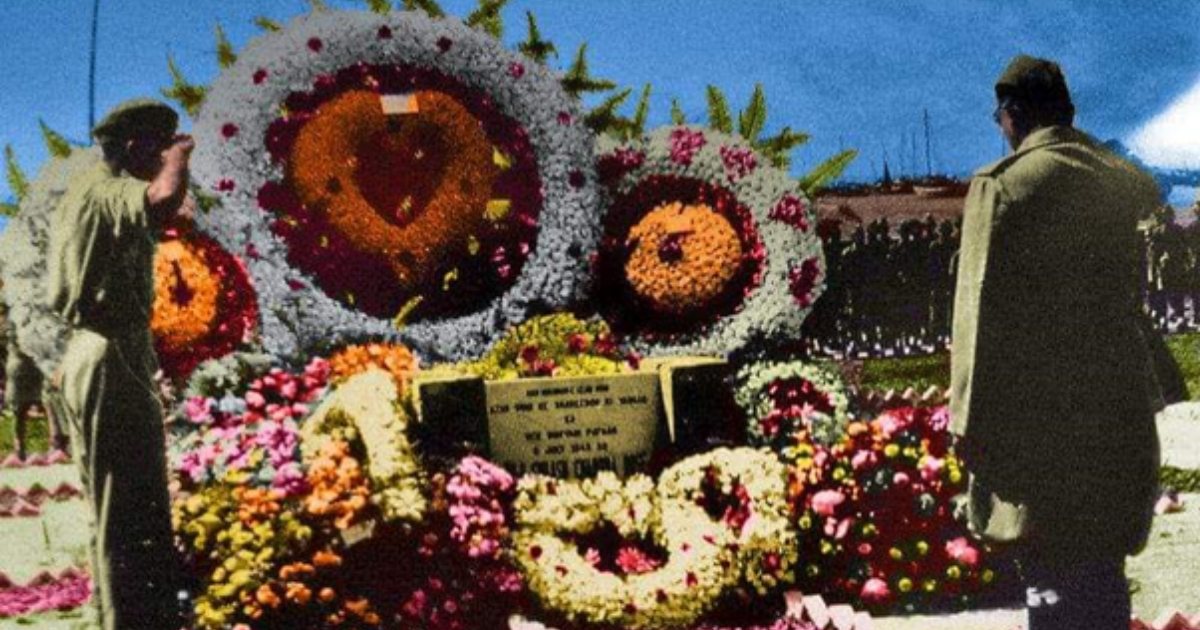 On receiving confirmed news of Netaji’s death in a plane crash at Taihoku, a large group gathered at the site of the memorial on August 26, to mourn Netaji’s untimely and tragic death. A Japanese newspaper reported that at the “ceremony which lacked nothing in solemnity and dignity”, wreaths were laid at the memorial in honour of Netaji. Speeches on Netaji’s life were made by Kiani, Alagappan and other leaders of INA and IIL

Soon, thereafter, British troops entered Singapore on September 5, and on September 6, they dynamited the memorial reducing it to rubble.

Despite the demolition, many continued to visit INA Memorial. A noticeable ceremony was held to keep up the tradition of celebrating the 21st day of every month, in February 1946. A crowd of 200 gathered around the base of the memorial to commemorate Bose’s declaration of the Azad Hind government. They erected a makeshift wooden plinth which bore the words “Army War Memorial”, under a large photograph of Bose and laid wreaths.

Also Read: They Had Their Differences, But Also Much Respect for Each Other

.Azad Hind Day on 21st March 1946 was celebrated at Kuala Lumpur when Jawaharlal Nehru arrived on a tour to Singapore and Malaya from 18-26 March 1946 to collect data for the INA trial at Red Fort. He was greeted by a guard of honour of Rani of Jhansi veterans together with INA veterans. Given the change in circumstances leading to India’s independence and public mood, the British deemed it wise not to interfere. Earlier, while in Singapore, he laid wreaths, a bunch of roses, at the INA memorial on 19 March after which he addressed a mammoth gathering at Jalan Besar Stadium.

Next month, April 21 was celebrated again at Kuala Lumpur where J.A. Thivy, former general secretary of Azad Hind Government, addressed an association of Indians, saying, “The war has awakened Indians to a sense of unity and they are now conscious of their own rights”

On June 21, there was a noticeable celebration at the destroyed site of the INA memorial at Singapore. Indians from Singapore and different parts of Malay came to lay wreaths and observed 2-minute silence followed by lectures. The programme was organised by a newly formed Malayan organisation, Indian Relief Committee.

During this time past members of IIL and INA formed the Malayan Indian Congress (MIC), which established the Hind Volunteer Service (HVS), a paramilitary organisation, out of the trained young men and women of the INA’s youth section. The MIC followed the IIL organisational structure to carry on the independence movement and to represent Indian interest. The HVS staged rallies in uniform, advocated India’s independence and ran camps. The HVS was intended to continue the sense of discipline and consciousness of unity and nationalism imparted on the youth during their training in INA.

On July’s Azad Hind Day, school children laid wreaths at the remains of the Memorial. Thivy told the gathering, “The fact that month by month you are observing Azad Hind Day proves that though the form may be destroyed yet the spirit lives.”

In the first week of July, “Netaji week” was celebrated through meetings and processions to the War Memorial.

The Azad Hind Day celebration grew in size month after month. On 21 August there was a larger procession to the INA Memorial. They shouted Azad Hind Ki Jai, Netaji ki Jai, Nehru ki Jai. The memorial had become a rallying point for solidarity. Ex-INA officer said, “Hindus, Sikhs, Muslims, nay Indians of all creeds and colour rallied around Netaji and worked for the common cause, that of making India free and to fight for the freedom of India.”

Third anniversary of the proclamation of PGFI

The grandest celebration was held on 21 October 1946, on the 3rd anniversary of the declaration of the Azad Hind Government. Mass meetings were held all over Malaya. In Singapore MIC held an evening rally. Earlier in the day, a wreath-laying ceremony was organised by the HVS where a 13-feet high wreath was placed at the War Memorial site.

Flag and insignia of the Provincial Government of Free India.

The 21st continued to be observed every month. For the 21st March 1947 celebration, Gurbax Singh sent in a message which appeared in Tamil and English newspapers in Malaya. He advised, “Indians in Malaya should not forget Netaji’s teachings” because “the flag of Indian freedom was unfurled in Malayan soils and Premier Attlee’s statement promising transfer of power to Indian hands” was “the culmination of the struggle started in Malaya”.

The regular processions to the Memorial on every 21st and the celebrations that followed disturbed the Britishers psychologically. But the British administration did not wish to antagonise the Indians any more as Indian independence was on the cards.

Next month, the celebration on the 21st gave away to celebrating India’s independence on 15th August 1947. At 11.30 am, former INA and IIL members proceeded to the INA Memorial site to lay wreaths. Thousands of Indians who assembled there were addressed, “This greatest event fulfils the prophecy made here in Singapore four years ago by our great leader Subhas Chandra Bose. Netaji had confidently predicted that ‘India shall be free – and before long’. Today, that prophecy has come true, and sooner than anyone of us expected.”

S.R. Nathan, a second-generation Singaporean, who became president of Singapore from 1999 to 2011, then still in his teens, recounts that in July 1943, he was watching from the sidelines a meeting organised by the Indians. Subhas Chandra Bose began to speak on the fight against the British for India’s independence. It began to drizzle. The people in the seats, mostly well-dressed Indian couples sitting in the front rows, became restless and began to move to take shelter.

At that moment, Bose raised his voice over the microphone and boomed: he declared, he had come a long way at great risk to himself, to pursue the struggle for independence. He was shocked to see those in front of him run at the slight sign of drizzle. What kind of people are they? He had come to ask for their blood and they ran just because of a light drizzle? He asked what the British had turned them into – so weak and cowardly? Did they not see it as their duty to liberate their struggling brothers and sisters from British bondage? The crowd quietly sat down again and stayed in their places until the function was over.

Also read: The Treason Trial of Netaji That Never Happened

Bose’s speech mesmerised Nathan, the way Bose commanded over the mass and influenced the audience with his oratory filled with references to history and search for justice. Half the crowd did not understand what he was saying, it was in English, perfect in diction and delivery, but they were in awe.

The spell of Bose’s personal charisma lingered long after his death. In the prewar days, Indian labourers had to undergo a lot of indignities. With the coming of Bose and the INA their inferiority complex had gone. They were demanding complete equality with the whites, not to tolerate anybody’s racial arrogance and haughtiness.

The British Department of Labour in Malaya thought it wise to issue instructions to all resident commissioners and heads of departments “not to use the derogatory term ‘coolie’, the terms ‘labourer’, ‘workman’ or ‘workers’ should be adequate to meet the needs”.

Netaji’s presence continued in his absence.

The article has taken inputs from An Unexpected Journey: Path to the Presidency by S. R. Nathan, and War Memory and the Making of Modern Malaysia and Singapore by Karl Hack and Kevin Blackburn.

Sumeru Roy Chaudhury is an architect graduated from IIT, Kharagpur. He was the chief architect of the CPWD. He has studied the Netaji files and related documents in detail.