Remembering the Battle of Stalingrad, 73 Years on 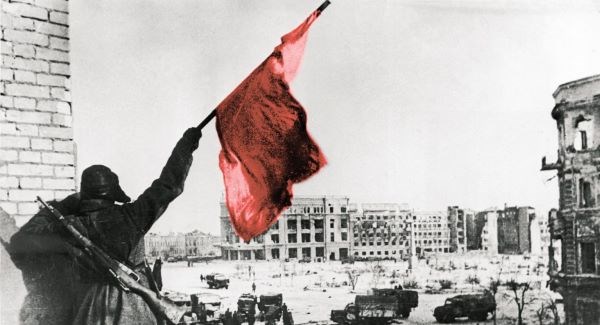 Seventy-three years ago, the hauntingly sombre adagio to Bruckner’s Seventh Symphony was played on the radio in Berlin. Adolf Hitler was in power and the German war effort had until then produced a phenomenal sequence of triumphs that saw the Nazi push for lebensraum cover all of mainland Europe, northern Africa and a swath of the Soviet Union. However, morale-boosting reports from the frontlines had ceased to be published in December 1942 and January 1943. And when the adagio was played, it was clear that the worst for the National Socialists had come to pass.

On January 31, Hitler publicly acknowledged Germany’s defeat at the Battle of Stalingrad, which drew to an official close on February 2. It would remain the single largest defeat of the German armed forces, with the Sixth Army completely decimated following a three-month siege at Stalingrad (now Volgograd). With dwindling supplies – including fuel and ammunitions – the encircled Sixth wasted away in the worst of the Russian winter after Hitler’s plan to support them with airdrops fell ominously short of its goal. By the time Friedrich Paulus, the commander of the Sixth, had given up, the Germans had lost 265,000 personnel of the Wehrmacht, of which no more than 6,000 would return to the vaterland (in 1955).

Many historians consider the Battle of Stalingrad to be the most decisive turning point of the Second World War. The other popular contenders for this title – the tank battles of Kursk and the Battle of Moscow – however, illustrate the overall significance of the Soviet Union’s fight against Hitler’s aggression and its contribution to the defeat of the Nazis. In 1939, the foreign ministers of Nazi Germany and the Soviet Union, Joachim von Ribbentrop and Vyacheslav Molotov, signed a non-aggression pact which Hitler subsequently violated in 1941 with the launching of Operation Barbarossa. On June 22, the single-largest force in the history of warfare (4 million soldiers) invaded the Soviet Union along a 2,900-km front. And while the Wehrmacht and Luftwaffe blitz did bring the Nazis quickly to the outskirts of Moscow, it was halted there by sheer exhaustion on one side and a completely defensive strategy on the other.

Despite many industrial centres in Ukraine and Belarus having been taken, and the bloody Siege of Leningrad (now St. Petersburg) kicked off, the nation hadn’t fallen. Moscow and Stalingrad still stood – the latter being particularly important for Hitler to secure petroleum reserves in the area. It was also symbolically important because it bore Stalin’s name.

After a series of bloody skirmishes, the Sixth Army reached the outskirts of Stalingrad while the Soviet 62nd and 64th Armies had holed itself up inside the city. Then, heavy bombing by the Luftflotte 4, commanded by Wolfram von Richthofen, reduced the city to rubble and caused immense civilian casualties. By the time a strategic aerial assault of the city on August 23-26 concluded, Stalingrad was in ruins. By early October, the Luftwaffe had complete control over the skies. And between August and November, soldiers within the city were engaged in continuous and bloody close-range fighting.

The fortunes turned when the Soviets launched Operation Uranus on November 19, 1942, overrunning the Romanian units to the north and south of Stalingrad and closing a ring with the Sixth trapped inside. At this time, Field Marshal Erich von Manstein advised Hitler to order the Sixth to stay put and not attempt to break out, and that he would be able to liberate them by defeating the Soviet contravallation if the Sixth could be supplied via airdrops. Despite Richthofen’s protests, the plan was approved – and by its end, the Luftwaffe had lost over 500 aircraft and 1,000 bomber crew, even as the Sixth didn’t receive enough supplies and began to starve.

By January 30, 1943, the Sixth completely crumbled within Stalingrad. On the same day, Hitler celebrated his 10th anniversary of coming to power; on the same day, Paulus had been promoted to Field Marshal to boost his confidence. The next day, however, Paulus surrendered to Soviet forces in violation of Hitler’s orders; Hitler had expected Paulus to commit suicide and so prevent a field marshal from being captured alive; on that day, Hitler would admit to his first defeat.

As historian Lee Sandlin wrote in his essay Losing the War (1997),

It was the worst calamity the German army had suffered since the war began. It was too large for the government to conceal; they suspended normal broadcasts on state radio and instead played solemn music. It was the first official admission they’d made that the war wasn’t going perfectly, and for the first time people openly asked one another on the streets what would happen if the war were lost.

The adagio to Bruckner’s Seventh was only played twice during the Second World War in Berlin. The second time, it would be as prelude to the announcement of Hitler’s death by Karl Dönitz, on May 1, 1945.

For all its reprehensible war-crimes and torrid legacies of trauma, some battlefields of the war were also beautiful in the poetic sense. The close of the Battle of Stalingrad presented one such scene, immortalised in the words of the Chilean poet and diplomat Pablo Neruda in his poem Nuevo Canto de Amor a Stalingrado (1942). Roughly translated, it finishes thus:

Save me a fragment of violent foam
save me a rifle, save a plow for me
and let them place it at my grave
with a red ear of grain from your soil,
that it be known, if there be any doubt,
that I died loving you and you loved me,
and if I did not fight in your waist
I leave in your honour this dark grenade,
this song of love for Stalingrad.