"He was engaged in creating a culture of intellectual discourse." 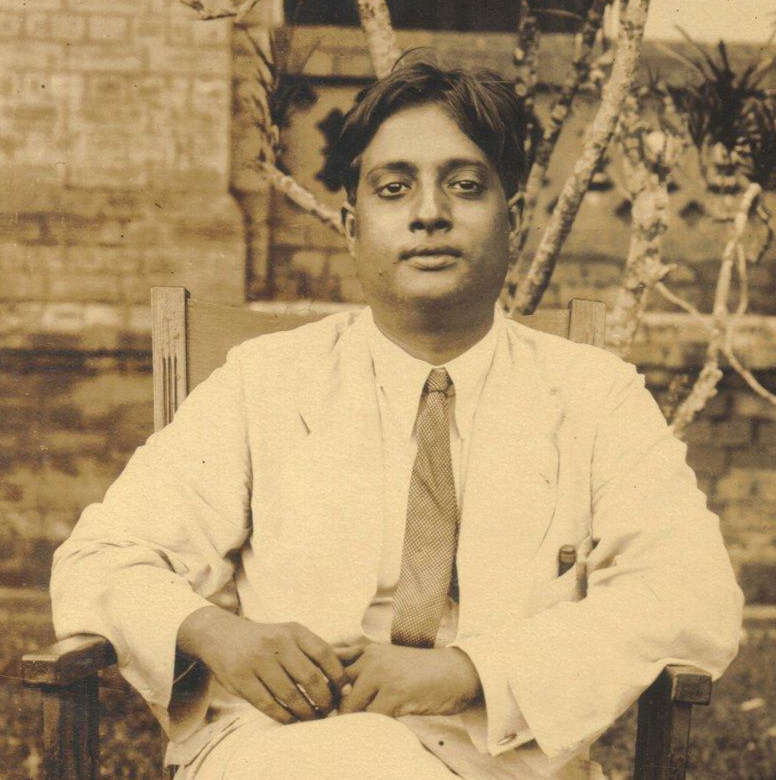 The celebrated astrophysicist Subrahmanyan Chandrasekhar once told his biographer that while India had no modern scientists of international repute before 1910, it suddenly had five or six between 1920 and 1925. He put it down to a need for national self-expression – to show the West that, in all realms including science, Indians were equals.

Among these stalwarts were his own uncle, C.V. Raman, the astrophysicist Meghnad Saha and the theoretical physicist Satyendra Nath Bose, whose 125th birth anniversary it is today. All these men achieved great success at a relatively young age. In Bose’s case, a paper published when he was only 30 forever associated him with Albert Einstein. But while success may have come early, the struggle to become a professional scientist in colonial India had been far from easy.

Bose entered Presidency College in 1909, a remarkable batch that included the chemist Jnan Ghose as well as Saha. From high school to a BSc in mathematics in 1913 and an MSc in 1915, Bose stood first in every public examination while Saha came in second. Though he was unable to get gainful employment after, Bose caught a break when Sir Ashutosh Mukherjee founded the University College of Science (science teaching had until then been monopolised by Presidency College) in 1916, and roped in bright minds like Bose and Saha. Bose was asked to learn Einstein’s theories of relativity while Saha was asked to study quantum theory. They set about the task with books borrowed from P.J. Bruhl of the Bengal Engineering College, Shibpur.

In 1920, the duo published the first collection in English of Einstein’s work on special and general relativity, only a year after one of Einstein’s predictions had been verified in a famous experiment by Sir Arthur Eddington.

Subsequently, Bose moved to a readership at the University of Dacca in 1921, only to have to struggle to retain his appointment thanks to a financial wrangle between the Governments of Bengal and India. It would be in this difficult period that Bose would author the paper that made his career.

The law of blackbody radiation is a cornerstone of quantum theory, and had been derived by the German physicist Max Planck in a paper published in 1900. In the course of this work, Planck had resorted to a self-described “act of desperation” when making certain arbitrary assumptions. He had reasoned that “a theoretical interpretation” of what he had been studying “had to be found at any price, however high it might be”.

This price is considered to have been the birth of quantum theory – when Planck elucidated that nature had to work in a way that significantly departed from the laws of physics that most scientists had been working with until then. Specifically, when a body of a certain temperature emits electromagnetic radiation, the law (also called Planck’s law) estimates the frequencies at which that radiation will be emitted. Planck also found that this emission of radiation couldn’t be a continuous stream of energy but had to be in discrete packets, called quanta. The energy encapsulated in each quantum could be calculated by a fixed number multiplied by the radiation’s frequency. The number is called Planck’s constant.

In 1905, Einstein joined in the affray and developed a theory that could explain unsolved problems like the photoelectric effect. However, few others took the idea of quanta seriously over the next two decades.

But Bose and Saha grasped the importance of Einstein’s theory early. Saha was able to publish a paper based on the same by 1919. In 1923, Bose sent a paper describing his ideas to the Philosophical Magazine in London. He had derived Planck’s law without reference to classical physics, but the paper was rejected. Bose then sent it to Einstein, with a note at par with Srinivasa Ramanujan’s to G.H. Hardy in significance,

I have ventured to send you the accompanying article for your perusal and opinion. I am anxious to know what you think of it. … I do not know sufficient German to translate the paper. If you think the paper is worth publishing, I shall be grateful if you arrange for its publication in Zeitscrift für Physik. … Though a complete stranger to you, I do not feel any hesitation in making such a request. Because we are all your pupils though profiting only by your opinion through your writings.

(The full note is available to read here.)

Einstein got the paper published (with a note of his own approval). Kamleshwar Wali, Chandrasekhar’s biographer and a physicist, called this event one of the most exciting episodes of 20th century physics because it gave rise to a class of mathematical rules used to describe the behaviour of certain fundamental particles, called Bose-Einstein statistics. In honour of Bose’s contribution, the English physicist Paul A.M. Dirac called these particles ‘bosons’.

The postcard that Einstein replied with got Bose both a two-year study leave in Europe as well as a German visa without a fee. After travelling for a bit, and meeting Einstein, he found a place at the X-ray laboratory of Louis de Broglie at Marie Curie’s institute, with a recommendation from Paul Langevin.

Bose returned to a professorship in Dacca in 1926, where he set up an X-ray crystallography laboratory. In 1945, spurred by the increasing communal tension in Bengal, he took up the Khaira Professorship in Physics at Calcutta University. He retired from there 1956 to become the vice chancellor of Visva Bharati and was bestowed the honour of a national professorship as well.

Satyendra Nath Bose was unique among his contemporaries. Like with his friend Saha, Bose’s nationalist credentials were never in question. Indeed, despite his deep interest in Bengali, Sanskrit and English literature, his choice of studying science was rooted in the ideal of national self-reliance, central to the Swadeshi Movement. But unlike Saha, who was close to both Subhas Chandra Bose and Jawaharlal Nehru, had initiated the Congress Party’s embryonic attempts at ‘National Planning’ in the 1930s, finally became a bitter critic of the party and entered Parliament as an independent in the 1950s, Bose never wore politics on his sleeve. And unlike Raman, few controversies surrounded him. And unlike Saha, Raman and Jnan Ghosh, he was not an institution-builder.

In fact, Bose was the classical academic scientist who spent his career toiling away in university laboratories and classrooms, like thousands of others today. As Wali tellingly writes, “Scientifically, he devoted himself almost exclusively to teaching and guiding research” – suggesting Bose supervised many scholars rather than simply focussing, as many do, on their own private ideas Partha Ghose, a former scientist at the S.N. Bose National Centre for Basic Sciences, Kolkata, once recalled,

Whenever he was not taking a class or attending a meeting, there would be a continuous stream of visitors to his room and Satyendranath would get involved in their academic problems for hours. It could be any branch of physics, chemistry, history, hieroglyphics, or indeed any subject under the sun. He was engaged in creating a culture of intellectual discourse.

Kapil Subramanian is a historian of science. His other writing is available here.