The post-colonial states of Pakistan and India are starting to challenge the internalised narrative, of oppressive Sikhs or bigoted Muslim rulers, propped up by the colonial state to justify its colonisation.

At least until a few years ago, there were old pictures of the Badshahi Masjid in the gateway that led to the courtyard of the iconic mosque. Taken during the colonial era, the pictures showcase a tale of neglect and dilapidation. This was the condition of the mosque when the British formally took over Punjab in 1849 in the aftermath of the Second Anglo-Sikh War.

For years before the arrival of the British, Badshahi Masjid the largest mosque in Punjab constructed during the reign of emperor Aurangzeb, whose minarets and domes would come to define the skyline of Lahore, was taken over by the Lahore Durbar, under Maharaja Ranjit Singh.

Converted into a horse stable, an ammunition depot, and quarter for his soldiers the Muslims of the city lost access to the mosque as its building began to crumble. During the war of succession that ensued after the death of Ranjit Singh, Sher Singh, his son used the minarets of the mosque to bombard the Lahore Fort.

The colonial narrative of ‘Muslim oppression’

Under the colonial government that was eager to define itself in opposition to all its predecessors – projecting itself as more ‘civilised’, ‘religiously neutral’, ‘tolerant’ and ‘progressive’ – renovation activity at the mosque took place and in a public ceremony, John Lawrence, the chief commissioner of the province, and the de facto ruler of Punjab, handed over the mosque to the Muslim representatives of the city.

Interestingly it was John Lawrence, who a year later would stir up historical prejudice between Sikhs and Muslims yet again, by labelling the 1857 war of rebellion as a Mughal-led conflict and urging the Sikhs to march on to Delhi with him to seek revenge for the blood of Sikhs Gurus at the hands of the Mughals.

The story of the renovation of the Badshahi Masjid as captured meticulously in these historical photographs was part of the colonial state’s narrative. This narrative suggested that Maharaja Ranjit Singh, though able, was ‘intolerant’ towards the Muslims, and thus there arose a need for intervention from the colonial state to save the oppressed Muslims.

Also read: In Honouring Ranjit Singh, Pakistan Is Moving Beyond Conceptions of Muslim vs Sikh History

Ironically in 1857, it was the oppressed Sikhs who needed rescuing from the bigoted Muslim rulers. The story of the colonial state became the story of our post-colonial state. Half-truths, packaged into Muslim, Hindu and Sikh versions of the story were consumed without any challenge to them by the respective communities.

The Pakistani narrative of Ranjit Singh

In the Muslim, and subsequently Pakistani, historiography, Ranjit Singh came to personify a tyrant, a despot, who oppressed the Muslims and desecrated our mosques. Stories of other structures became a part of the narrative. Stories of how he once spent the night with Moran Mai, his wife, on the minaret of Wazir Khan Masjid in Lahore in plain sight of the city were circulated. These stories were added to school textbooks and regurgitated in the media and other popular history books. These stories were recreated for all visitors who visited the Badshahi Masjid. 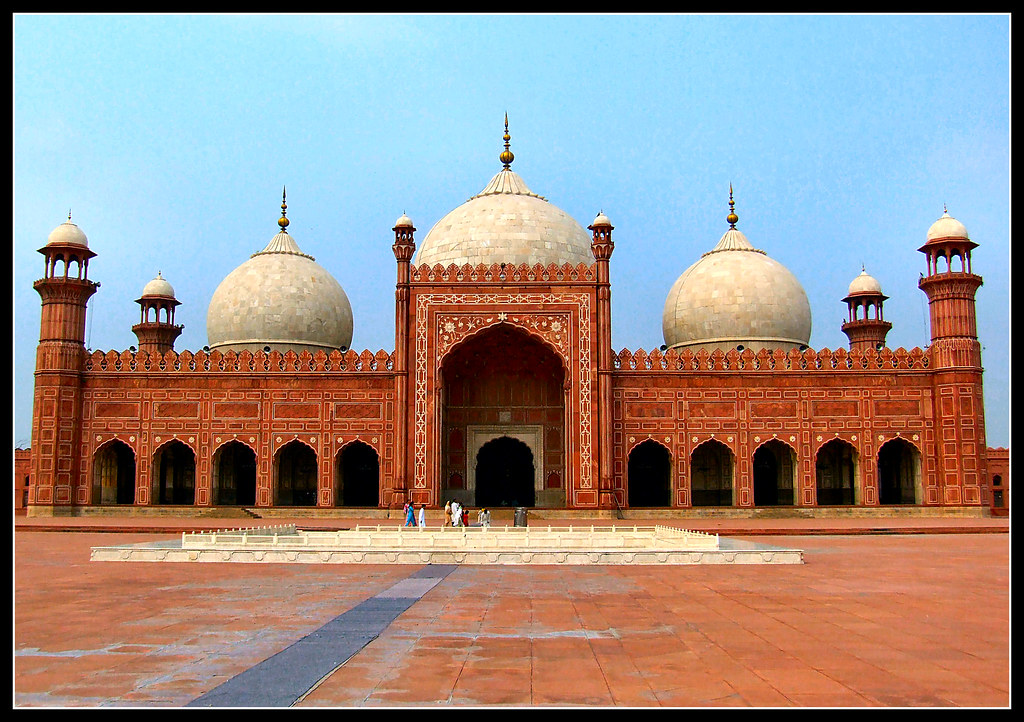 It, therefore, comes as no surprise that there are many people who aren’t particularly happy about the placement of Maharaja Ranjit Singh’s statue in the Lahore Fort. It challenges the foundation of the historical truth upon which the edifice of our ‘national story’ is constructed.

Social media posts and WhatsApp forwards criticising this move by the state recall how Ranjit Singh desecrated our mosques and oppressed the Muslims. How can the state then honour someone like him?

The resentment expressed against the statue is the state’s own doing. For decades, a particular narrative of history has been promoted by it, as was bequeathed to it by the colonial state. This narrative of oppressive non-Muslim rulers paves way for the justification of the creation of Pakistan. It explains how it was essential for Muslims to be their own rulers, for non-Muslim rulers can never be trusted.

While it was would be futile to counter the claims about Ranjit Singh turning the Badshahi Masjid into a horse stable and arms ammunition, it would also be pointless to justify these acts. The exercise would be as meaningless as to defend the actions of emperor Jahangir when he executed the fifth Sikh guru, Guru Arjan, or when emperor Aurangzeb ordered capital punishment for Guru Tegh Bahadur, the ninth Sikh Guru. The stories of the executions of the Sikh gurus are deeply entrenched in Sikh historiography and continue to define the parameters of understanding what life was like for the Sikh minority under a Muslim state.

Also read: ‘If Hindus, Muslims and Sikhs Fight in This Way, It Helps No One’

Discarding accounts that challenge this narrative

The problem with this communal interpretation of history is the jettisoning of stories that do not conform to this narrative. For example, it is true that while Ranjit Singh used the Badshahi Masjid as his horse stable and arms ammunition, what is also true is that he constructed at least two other mosques in the city of Lahore and also handed over Sunehri Masjid, back to the Muslims, after it had been converted into a gurdwara prior to his rule.

Within the walled city of Lahore – in a bazaar known as Pappar Mandi, not far Shahalami – is Mai Moran Masjid, named after a Muslim wife of Maharaja Ranjit Singh. A few steps away from the haveli of Moran Mai, all traces of which are now lost, the mosque was constructed by the Maharaja in honour of his wife. The mosque continues to function with the same name.

Similarly, in another part of the city, deep within the Miani Sahib graveyard, a historical graveyard in the area of Mozang, is the mausoleum of Gul Begum, the second Muslim wife of Maharaja Ranjit Singh.

The impressive structure situated in a vast garden with a mosque next to it was constructed during the lifetime of Gul Begum, who outlived the Maharaja and was buried here after her death. The mosque constructed here is also functional, though, like Mai Moran Masjid, its historical architecture is now lost.

These stories of patronisation of Islamic structures is not just limited to the Muslim wives of the Maharaja. According to historical records, his youngest wife, Maharani Jind Kaur also donated her imperial collection of handwritten copies of Quran to Data Darbar, which added to the stature of the shrine in the city.

What these stories highlight is that the Lahore Durbar, under Maharaja Ranjit Singh, shared a much more complicated relationship with Islamic structures and mosques then is presented in official Pakistani historiography and popularly remembered.

While it is absolutely true that the sanctity of the Badshahi Masjid suffered under the Sikh ruler, there were other mosques such as those mentioned above which were constructed by the Maharaja. Therefore, when recalling the story of Maharaja Ranjit Singh, it becomes essential to address not just what happened to the Badshahi Masjid but also talk about these mosques.

Also read: As Aurangzeb is Erased, Here are Some Tales From the Flip Side of History

This particular narrative of oppressive Sikhs or bigoted Muslim rulers, which continues to communalise history in South Asia was first propped up by the colonial state to justify its colonisation. However, instead of challenging the framework of this story, the post-colonial states of Pakistan and India internalised these narratives and continue to not just interpret history through this lens but also view the ‘other’ through this framework.

In this context, the setting up of Maharaja Ranjit Singh’s statue in Lahore does challenge this colonial framework. However, the structures that produce this interpretation continue to stand. There is much symbolic significance of putting up the statue in Lahore however the root of the problem that views history through the categories of Sikh, Hindu and Muslim version of history, still remains unaddressed.

Haroon Khalid is the author of four books including Imagining Lahore and Walking with Nanak.