As Rahul Era Begins, a Look Back at the Question of Dynastic Succession in Political Parties

The ramifications of dynastic succession go beyond electoral politics. They form the core of India’s political culture. 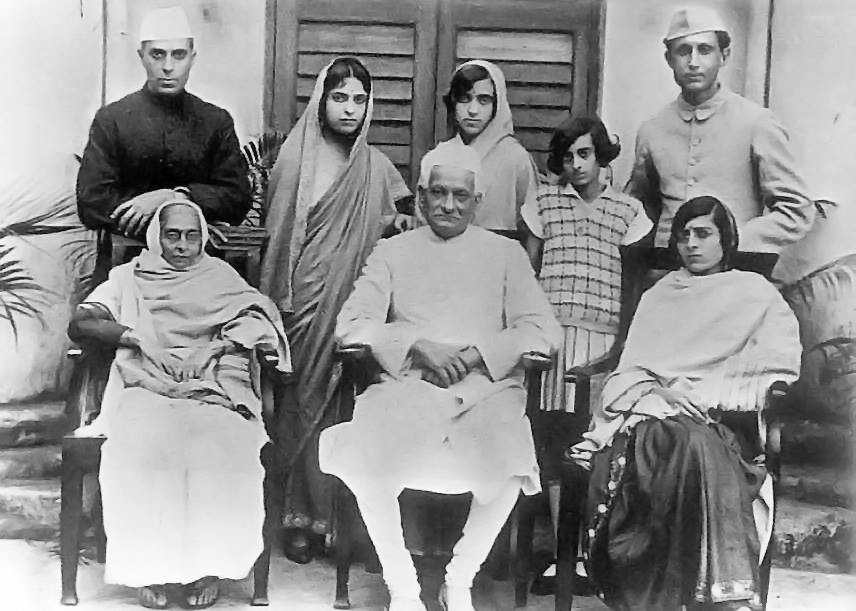 As Rahul Gandhi assumes the presidency of the Congress party, the issue of ‘dynastic succession’ in Indian politics has, once again, come into public focus. Both the Bharatiya Janata Party and the Congress are repeating familiar arguments. The former is criticising the lack of democratic tradition in the Congress which makes the election of a direct member of the Gandhi family to the president’s post pre-ordained. The latter is alleging that the BJP presidency is not decided through a democratic election, but through a closed selection process; hence, the saffron party is in no position to level charges against the Congress.

Rahul Gandhi elaborately defended his status in the Congress at his interaction at the University of California, Berkeley in September this year. His comment, though factually accurate, equates political and financial inheritance and ignores what contributed to the rise of dynastic political parties. Rahul said:

“Most parties in India have that problem. So don’t give us stick – because Mr. Akhilesh Yadav is a dynast, Mr. Stalin is a dynast, Mr. Dhumal’s son is a dynast; so, you know, even Abhishek Bachchan is a dynast. I mean that’s how India runs. So don’t get after me because that’s how the entire country is running. By the way, last I recall Mr. Ambani’s kids were running their business and that was also going in Infosys, right. So that’s what happens in India. But saying that, I do try to change in the Congress party”.

Prior to India’s independence, the Congress was the principal vehicle of the national movement. The choice of a Congress president reflected the prevailing mood of the emerging elite wedded to the cause of freedom and national resurgence. As the Congress was established in 1885, it comprised of all first-generation leaders.

The second generation of Congressmen gained prominence when Mahatma Gandhi became their mentor and leader. Many of these young men came under his sway, Jawaharlal Nehru being one of them. Unlike many Congressmen of his generation, Motilal Nehru, Jawaharlal’s father, came under Gandhi’s influence and abandoned the path of gradual devolution of power from the British to Indian hands to which the Liberals, to whom he originally belonged, subscribed. The father and son joined the non-cooperation movement led by Gandhi.

The pace of political life quickened in the 1920s and the Nehrus gained prominence with Jawaharlal displaying commitment to the national cause. In 1927, the Congress decided to boycott the Simon Commission and Jawaharlal became a leader of the boycott. However, he was not the only one; there were others too whose work and passion earned countrywide respect. Among them were Vallabhbhai Patel, Rajendra Prasad, Govind Ballabh Pant and Maulana Azad.

Motilal became the Congress president in 1928. This was a crucial time in the freedom struggle, for the country was moving towards devolution of power. It was also a time of great contention with the Muslim League and others in public life pursuing different agendas. Second-generation Congress leaders, now in their forties, were also restless. As Motilal’s term drew to a close, the question of his successor came up. The older men wanted continuity; Gandhi too favoured it, but Motilal stepped in and urged that the younger generation should assume the leadership and lobbied for Jawaharlal. There were others, certainly Patel, who could be considered, but Motilal had no hesitation in putting forward his son. He failed to overlook the possibility that the succession would appear dynastic. Gandhi endorsed Jawaharlal and thus, a precedent was set. 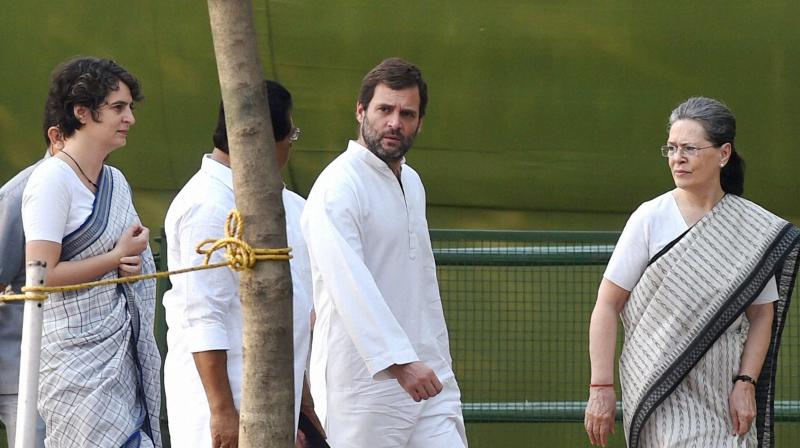 Rahul Gandhi elaborately defended his status in the Congress at his interaction at the University of California, Berkeley in September this year.  Credit: PTI

A few second-generation Congress leaders’ children joined the movement as did lakhs of young people across the country. When the Congress became a political party after independence, many of these leaders assumed office and held influential positions. By mid-1950s, their children joined politics and contested elections on Congress tickets. While they had their family background as an advantage, they had to compete with upcoming men, who, in some cases, were able to elbow them out.

In 1959, while Jawaharlal was the prime minister, Indira Gandhi became the Congress president. She rose swiftly in the party and assumed this significant political position because of her father. Having gained from his father’s lobbying in 1929, Jawaharlal was not averse to promoting the political career of his daughter.

During Jawaharlal’s time, the Congress was not a family enterprise, though he was by far its strongest leader. Thus, after him, the party did not have to choose Indira for its well-being even though she had remained party president in 1959. This demonstrated that the party could go on without a Nehru heading it. Had Lal Bahadur Shastri lived his political career, things may have taken a different route. Shastri died in Tashkent in 1966. The old guard did not want Morarji Desai to become prime minister and chose Indira. They had hoped to control her but she out-manoeuvred them, and in 1969, split the Congress. The old party was no more and the Congress now became Indira’s party. No member of the party was allowed to develop an independent power base. It became a family enterprise and the coming decades amply demonstrated this fact.

All the current political dynasties – the Badals, the two Yadavs of Uttar Pradesh and Bihar, the Dravida Munnetra Kazhagam (DMK), the Patnaik succession in Odisha, the Abdullahs and the Muftis, the Deve Gowdas, political families within the BJP and many more –  emerged much after the tradition set by the Congress. Therefore, it is interesting that a scion of the family that pioneered dynasty is pointing at others to justify dynastic succession as the norm in India. But the question of significance is: should this be the norm in democratic India?

The ramifications of dynastic succession go beyond electoral politics. They form the core of India’s political culture. Is our political culture feudal in the cloak of democracy? This is a question that needs careful consideration, along with the issue of funding of parties and their internal democracy.

Vivek Katju is a retired Indian Foreign Service officer who has served as Indian ambassador to Afghanistan and Myanmar.