Past Continuous: Indira in 1978, or The Anatomy of a Comeback

The tenacity displayed by Indira Gandhi four decades ago in 1978 offers a lesson to every leader attempting a comeback, either for oneself or for the party. Credit: PTI

This article was originally published on May 29, 2018. It is being republished on October 31, 2019 to mark Indira Gandhi’s assassination 35 years ago.

In the course of the just-concluded Karnataka elections, the by-election 40 years ago in November 1978 for the Chikmagalur Lok Sabha seat shot back into spotlight. What was till the fall of that year an obscure constituency in Karnataka, Chikmagalur came into national prominence the moment Indira Gandhi decided to contest the by-poll there as part of her political comeback.

Since it became clear that the seat was being vacated by sitting Congress MP D.B. Chandre Gowda as part of a pre-scripted strategy, the constituency has never remained nondescript. It remains a testimony of India’s changing political alignments that Gowda eventually ended up in the Bharatiya Janata Party (BJP) and became a member of the Lok Sabha in 2009. He, however, was sidelined in 2014 and his seat was handed over to Sadanand Gowda. That, however, is a different tale.

The slogan, ‘Ek Sherni, Sau Langur; Chikmagalur, Chikmagalur’, despite its below the belt connotation, remains an everlasting slogan for the political message inherent in it. The slogan was used by Indira Gandhi to run down the idea of a coalition. The idea of coalitions was then new in India and evoked memories of instability as the Samyukta Vidhayak Dal governments formed in several states after the 1967 elections did not last long as soon the partners were at each other’s throats forcing temporary political chaos and early elections.

The juxtaposition of sau langurs or a hundred ‘monkeys’ in a multi-headed conflict-ridden political party with one ‘tigress’ from a centralised party eventually morphed into the winning slogan of Indira Gandhi in 1980: ‘Vote for a government that works’ or ‘chuniye unhe jo sarkar chala sakte hain’. 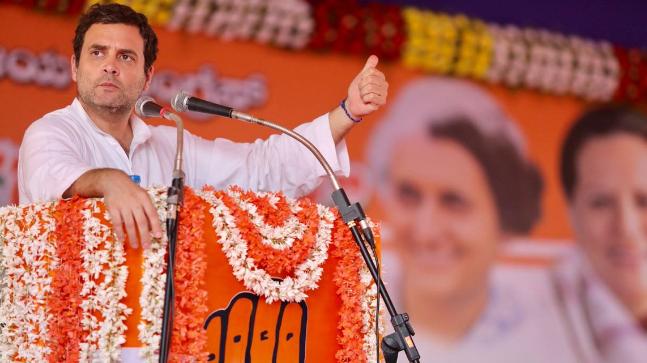 Support me like you did Indira, says Rahul Gandhi in Chikmagalur during his rally in Chikmagalur in poll-bound Karnataka on March 21, 2018. Credit: Twitter/@INCKarnataka

The same line of campaign has staged a return – but with the Congress and a constituent of the Janata Party switching roles – as the distinct possibility of opposition parties forming pre-poll alliances for the next parliamentary elections looms large. Facing the reality that opposition parties, at least in some states, have realised the necessity to sink differences, Prime Minister Narendra Modi has unleashed a diatribe against unity efforts. His arguments are similar to Indira Gandhi’s and serve a reminder to the paradox that despite running down the Nehru-Gandhi parivar, Modi has often delved into the copybook of its iconic members, Jawaharlal Nehru and his daughter included. Modi’s argument is a reiteration of Indira Gandhi’s campaign against the Janata leaders: a single party with a strong leaders is any day a better bet for the country.

But Indira Gandhi’s comeback was not built entirely on one slogan. It was also greatly enabled by the Janata leaders who not only did not distinguish themselves in governance but also squabbled with each other. The return of Indira Gandhi also did not have to do with just the by-election victory from Chikmagalur. In fact, within a fortnight of her being elected, Gandhi was held guilty of breach of privilege and contempt of the House for having blocked a parliamentary enquiry a year earlier into the affairs of the automobile company run by son, Sanjay Gandhi. Days later, she was stripped of her membership of the Lower House and jailed for a short period which possibly remains one of the most ‘productive’ of jail terms.

Chikamagalur, in fact, was just one chapter in the story of Indira Gandhi’s comeback. In fact, if 1977 has become a watershed for the shock defeat of the Congress and the coming to power of India’s first non-Congress party, the developments through 1978 too must be recalled for the sheer grit displayed by Indira Gandhi in scripting her comeback. The return to power was staged within a very short period and despite being faced with a hostile government dominated by leaders who wanted to repay the same ‘courtesy’ her regime extended to them – most famously in the midnight swoop in June 1975 when internal Emergency was imposed for the first time.

Ironic as it eventually turned out to be, Indira Gandhi’s second coming was sparked not by repressive steps taken by the Janata leaders. It was instead triggered by one-time party loyalists led by Y.B. Chavan and Brahmanand Reddy who wrongly concluded she had become political liability and a spent force. They turned against her and sought to politically isolate her, but she hit back by splitting the party early in 1978 and walking away with a faction with her name as the suffix. Within a month in February 1978, she began her electoral comeback, significantly from Karnataka in the polls for the fifth state assembly.

In this election, Congress (I) won 149 seats with a vote share of 44.25% while the ‘original’ Congress won just two seats with a state wide vote share of 7.99%. The Janata Party, although it won just 59 seats, provided keen contest by bagging a vote share of 39.89%. Detailed analysis of seat after seat reveals that the Congress (I) swept the state chiefly because the party was the fulcrum of politics in the state and anti-Congress (I) votes were split between the Janata Party and the Congress headed by Reddy. This suggests that the basics of electoral mathematics remain unaltered – the largest party often secures its leadership position because of division of votes and thereby the attempts to prevent consolidation of votes against it. And thus, the concerted bid to split the opposition and run down alliances and coalitions. 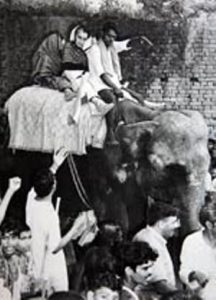 The story of Indira Gandhi’s comeback had in fact begun within months of her defeat in March 1977. In the never-before-heard-of village Belchi in the crime dominated area of Patna-Nalanda, 11 persons, including eight Dalits, had been ruthlessly murdered by a gang alleged to owe allegiance to a Kurmi-led gang. Much before the arrival of television, Indira Gandhi created her own spectacle and arrived in the village atop an elephant. The still pictures transfixed Indians for long and stories were carried by the oral tradition how people shouted slogans ‘Adhi roti khainge, Indira ko bulainge’ (we remain half hungry, but will still call Indira), or ‘Indira, tere abhao mein Harijan mare jate hain’ (Indira, in your absence, Harijans are being killed). The comeback queen had made it back into the heart of people who rejected her party barely six months ago. All that remained was to gain control of the political superstructure and her electoral hegemony.

The first steps in this direction was taken on a balmy afternoon in January 1978 and the venue was the lawn outside the Mavlankar Hall, virtually a few hundred yards away from Parliament. The party had been split and Indira Congress was born with just 54 of the Lok Sabha member joining her party. Almost a hundred others doubted her capacity and would live to regret their judgement. The rest of the year was spent in consolidating her party, giving it shape and character, including securing the lasting electoral symbol, the ‘Hand’.

The tenacity displayed by Indira Gandhi four decades ago in 1978 offers a lesson to every leader attempting a comeback, either for oneself or for the party. Smartness, acumen and the capacity to enthuse the masses were the primary reason for Indira Gandhi to get back to power in less than three years of her defeat. But above all, it was also her infinite capacity to work till exhaustion overcame her.

With India getting into a poll drive, the comeback of 1978 offers lessons to both the incumbent and the challengers. In many ways, it had become easy for her by the end because of the Janata’s harakiri. But with nothing like that even remotely possible, the next year India will be witness to possibly the most keenly contested electoral and political battles in her history.