Past Continuous: How Bardoli Satyagraha Became a Turning Point in the Indian Nationalist Struggle 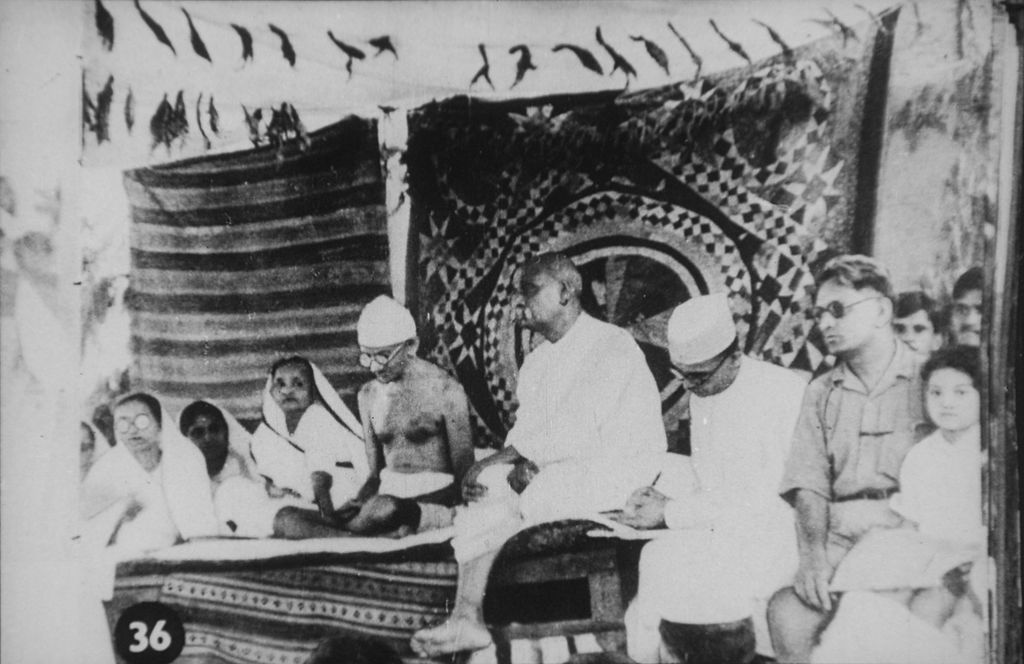 And littleness united
Is become inevitable.

Universally, in history, small or ginger steps taken in unison with peers and masses often became forerunners of momentous occurrences which not only altered lives of people who catalysed the ‘united littleness’ that the 19th-century British poet and cultural critic referred to in the couplet above, but also shaped the destiny of nations.

The Bardoli satyagraha, launched 90 years ago in February 1928, is one such episode in India’s national movement which not just elevated Sardar Vallabhai Patel to a new pinnacle of glory and greatness, but also revived the sagging morale of Mahatma Gandhi, undeniably still in ‘recovery mode’ after the setback of withdrawing the non-cooperation movement after the Chauri Chaura violence.

The Bardoli satyagraha, where ordinary peasants of this taluq in Surat district, with just 137 villages spread over almost 600 square km and a populace of barely 87,000, converted – for several months – villages into unending landscapes of desolation during the days, while transforming these into arenas of hectic political mobilisation post-sundown, was the agitation that unequivocally paved the way for the Dandi March. The salt satyagraha was undeniably the movement which shook the British Empire, and it just took the much-lampooned ‘half-naked fakir’ a peaceful walk with a few of his supporters and pick up a fistful of the vital white powder from the salt pan.

At the roots of the Bardoli satyagraha lay the cold truth that the principal concern of the colonial government was not to improve socio-economic conditions of the people, but to find the means of increasing tax collection to fill its coffers. The protests were sparked by a report prepared by an Indian officer of the Provincial Civil Service who was directed by the governor’s office to examine the extent to which the tax settlement of 1896 could be revised upward.

M.S. Jayakar, the officer, recommended an increase in land revenue by 30% over the existing assessment. The advice was given on the following basis: a railway line had come up in the Tapti River Valley since 1896, there had been an increase in milch cattle and bullock carts, pucca houses indicating greater prosperity. Additionally, the 1925 report claimed, the condition of the kaliparaj (dark people) or backward community who were either landless labourers or trapped in debt bondage, had improved. Moreover, educational facilities were more widespread.

The PCS officer also argued that agri and land prices had risen appreciably. In time, the way the Bardoli Satyagraha unfolded and the impact it had on nationalist politics, showed that bureaucratic reading of the situation on the ground was entirely different from the reality. As events have repeatedly unfolded since, this became the template for the system’s disengagement with people.

Agriculturists in Bardoli were aghast at these recommendations because the ground reality was the opposite of what the officer had cited while preparing his report. This attempt on part of the imperial government may have been quietly accepted by the affected agriculturists in most provinces but not in Bardoli for two principal reasons.

First, Bombay taluq was a Ryotwari whereby peasant proprietors held land directly under government and accordingly paid the tax fixed after various surveys. Second, Bardoli had been chosen by Gandhi as the place where he would launch the civil disobedience movement in 1922 but this had to be abandoned after the Chauri Chaura incident. Despite this clear setback, the Congress did not abandon political engagement with the people of the region and its local leaders continued politicising the people.

The Congress remained engaged with each of the four Hindu communities – Patidars, Brahmins, Banias and the Kaliparaj – besides the smaller Parsi and other Muslim communities. Social reform and political activism became a way of life and this was the reason why the recommendation to enhance land revenue was opposed by people.

It was thereby not difficult for them to collectively raise their voices, but when a conference selected a delegation and entrusted its members to meet the government, they were not given the respect due to people’s representatives. A campaign in the nationalist press began thereafter, most importantly in the Gandhi-published and edited paper, Young India.

The government, however, was unwilling to examine the recommendations from the people’s perspective which they claimed provided the true picture. It declared in July 1927 that the tax was not being collected on the basis of agri prices but on the statistical conclusion of lease and rentals calculated purely by talaatis or junior revenue officials. 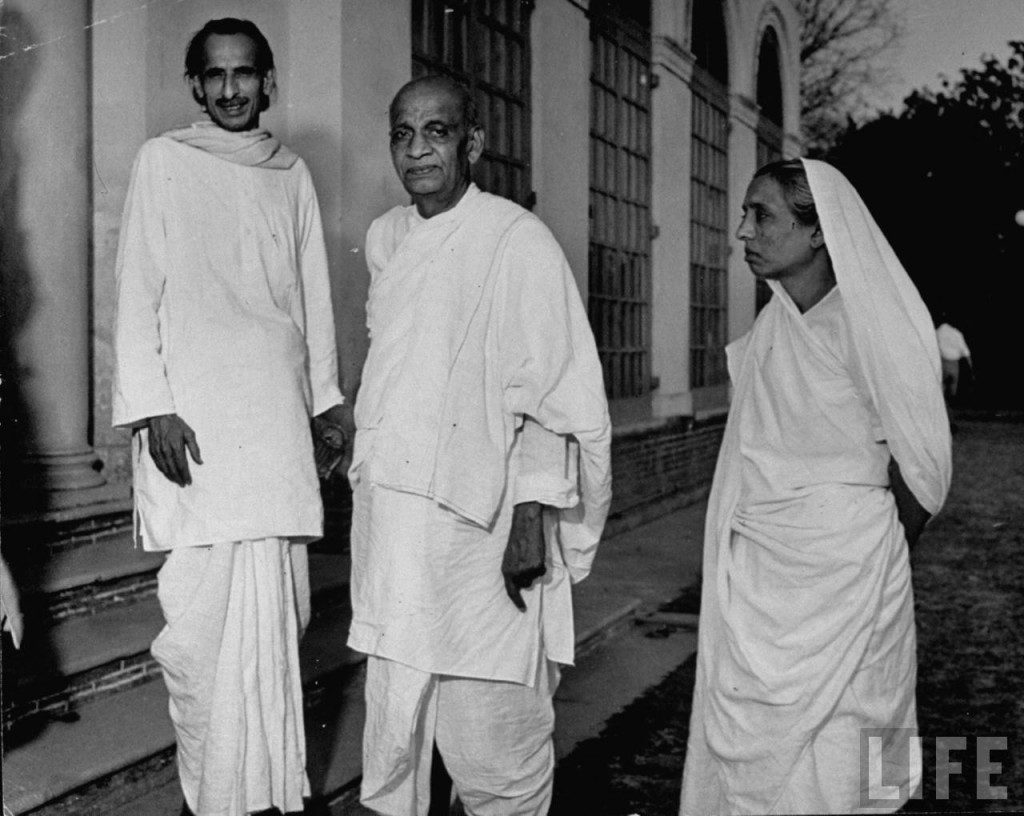 After the peasants decided to withhold tax payment and when the government appeared to see no reason in the dialogue that moderates in the nationalists groups were engaging in with government representatives, they decided to seek the assistance of Sardar Patel who had past experiences in leading the Nagpur, Kheda and Borsad satyagrahas. He heard them out but asked them if they were prepared to face the consequences. He cautioned them:

“I still ask you to think twice before you take the plunge. Do not derive comfort from the feeling that you have as your leader a fighter like myself. Forget me and forget my companions. Fight, if you feel that you must resist oppression and injustice. Do not take the plunge lightly. If you miserably fail, you will not rise again for several years. But if you succeed, you will have done much to lay the foundations of Swaraj.”

Patel accepted the presidentship of the conference of farmers held in Bardoli on February 4, 1928, a day before the first instalment of the enhanced tax was due. He wrote to the Governor but secured no immediate response. Meanwhile, the last or the final date for paying tax loomed ahead on February 15, after which the local officials would be free to seize land and cattle and sell these if they decided.

Another conference or meeting of the agriculturalists of Bardoli taluq on February 12 reiterated the decision not to pay the revised assessment and instead demanded that either the government appoint an independent tribunal for a fresh assessment or it must accept the previous amount as the full payment. After a resolution affirming these decisions was adopted, the farmers recited portions from the Quran, Ramayana and sang other Hindu hymns. Oaths were taken by people in the name of prabhu and khuda. Symbolical of India’s syncretism and Patel’s inclusive nationalism, the satyagraha began with songs of the mystic poet Kabir.

By repeatedly asking people if they were willing to face hardships and face the brunt of colonial anger and not be dependent on just a leadership, Patel made the Bardoli satyagraha more participative. The people became stakeholders in the agitation by this strategy. It is true that when the government targeted the most vulnerable Bania moneylenders, some of them succumbed and paid the tax. But, the movement remained united.

Officials found no bullock carts or any other means of travel within the taluq after deboarding from trains at the Bardoli railway station. People shut themselves inside dingy homes with their cattle for fear of being arrested or seized. But because the law prevented these arrests or attachment of property after sundown, people got active at night. Patel’s day began only after 5 pm and he remained active, moving from village to village, till the wee hours of the morning.

Patel had also organised the satyagrahis on military lines and personally took on the role of a senapati (commander). He set up an elaborate publicity department which underscored the value of information dissemination. The satyagraha demonstrated the Sardar’s organisational capacity and enthusiasm for tireless action. Gandhi remarked that in Bardoli, the Sardar “found his Vallabh (god)”.

When officials passed through villages, women peered through window panes but did not respond to their instructions to come out. So total was the satyagraha that the newspaper Times of India, then British-owned, ran a report proclaiming that Patel had instituted a Bolshevik regime in Bardoli and Patel was its Lenin.

The Bardoli Satyagraha became a talking point in the country and people discussed the agitation everywhere, even in passenger trains criss-crossing India. At meetings, Patel told the determined audience that the government “which till some time ago ignored you is reckoning with you.” Hearing this, they rejoiced at their power without ever letting this confidence to overpower them and undermine their agitation.

Aware of the interest in the Bardoli Satyagraha and understanding that its success could galvanise people in other parts of the country, Patel, in consultation with Gandhi, who was involved with every decision that Patel took on the agitation, decided to seek funds from people outside Bardoli. June 12 was chosen as the day for solidarity meetings and fund-raising and has since been celebrated as Bardoli Day. The agitation under Patel’s stewardship provided a template on strategies to publicise a people’s protest while ensuring that provocation came only from the regime, not the people.

This had a positive impact as more and more people on the ‘other side’ began to consider the new assessment as unjust. The Governor, after an urgent meeting with the Viceroy, issued a statement stating that while the latter committed to “uphold supremacy of law” as the Crown’s representative, he was also duty-bound “to see that hardships and suffering are not inflicted on so large number of persons.”

Yet, when Patel met the Governor, he insisted that the tax must be paid in full as per the new assessment. At this point, even other British-owned papers, such as Pioneer and Statesman, considered the government’s position as unfair. An editorial comment in Pioneer noted: “No impartial observer of the Bardoli dispute, possessed of the plain facts of the case, can resist the conclusion that the peasants have got the right on their side, and their claim for an examination of the enhanced assessment by an impartial tribunal is just, reasonable and fair”.

Although Gandhi and Patel decided that the former must not step inside Bardoli because the agitation’s local character must be retained, Patel’s national image was enhanced. Gandhi eventually moved to Bardoli only when Patel’s arrest was feared.

The government was running out of steam and wilting under the power of the satyagrahis. Chunilal Mehta, an important member of the Governor’s Council brokered a settlement which provided the government with a face-saving formula but it agreed to constitute a fresh assessment committee immediately. This later recommended and increase of 5.7% after which the confiscated land were returned. Those who resigned government jobs in solidarity with the satyagrahis were reinstated and the Bardoli Satyagraha became an acclaimed success.

Guided by Gandhi and led by Patel, the Indian peasantry demonstrated that with truth on their side and with patience and restraint as their weapons, they were a potent force which even the mightiest empire failed to subdue. The Bardoli Satyagraha was a turning point in the Indian nationalist struggle and, as Subhash Chandra Bose pre-judged, it was a precursor to a larger battle that Gandhi would wage.