A Lost Play and a Mysterious Playwright

Ramagupta is mainly known to us via Devichandraguptam. However, this play is lost and only fragments of it appear in later works.

Ramagupta is mainly known to us via Devichandraguptam. However, this play is lost and only fragments of it appear in later works. 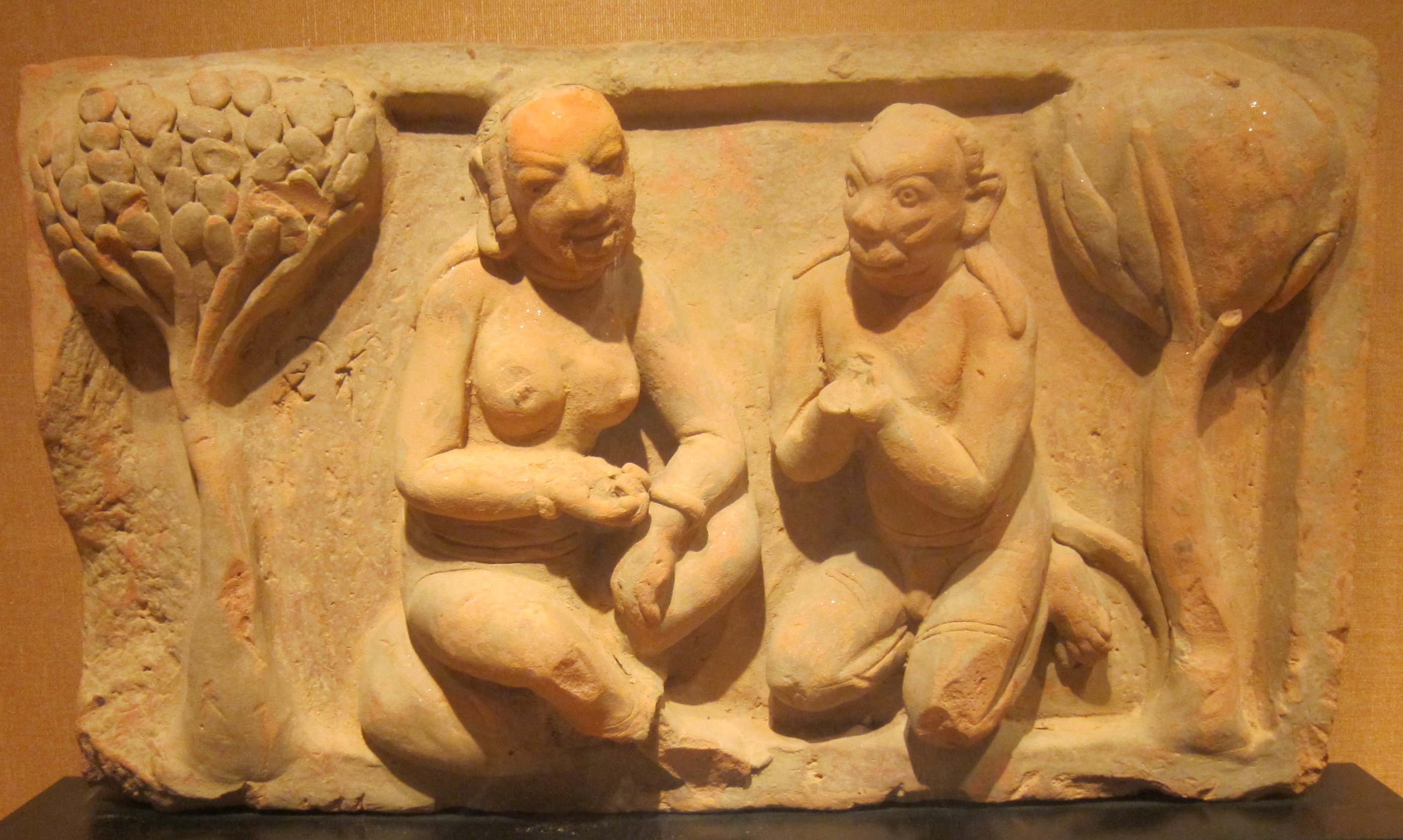 Among the many fascinating unresolved mysteries in Indian history is the story of Ramagupta, a ruler who might have been of the Gupta dynasty (3rd-6th centuries CE). Believed to be the king Samudragupta’s oldest heir, he was, as stories also go, ousted by his brother, the better-known Chandragupta II or Vikramaditya. Ramagupta appears first in historical plays, and then, in material ways as unearthed by archaeologists.

Ramagupta is mainly known to us via the poet-playwright Vishakadatta’s play, Devichandraguptam. Ramagupta ruled briefly when he succeeded his father Samudragupta, around 380 CE. It was the time, as is historically known, the Gupta empire faced challenges on its western frontier from the Sakas (a branch of them, called the western Kshtrapas), who were nomadic tribes from the northwest.

The borders of Samudragupta’s empire extended to the west till Malwa. The Kshtrapas emerged as a powerful force in the latter half of Samudragupta’s reign. The Guptas dealt with them with force, and it was a war that involved much deceit and skillful strategy. We know this from the unravelling of the Kshtrapa ruler Rudrasimha II’s ambitions and the turn in fortunes of the Gupta empire that followed this, only from Devichandraguptam.

What adds to the mystery is that this play is lost – the loss itself being a subject of speculation – and only fragments of it appear in later works like the Natyadarpana by Gunachandra and Ramachandra, and in works dating to the 10-11th centuries CE by the king Bhoja (Shringara Prakasha) and Rajasekhara’s Kavyamimansa.

The fragments make up a fascinating story. Ramagupta was an ineffectual warrior and deeply jealous of his brother, the more capable Chandragupta. Challenged in the west by the Kshtrapa Rudrasimha II, Ramagupta was captured and made prisoner. To negotiate his release, he offered his bride Dhruvaswami (or Dhruvadevi) in exchange, a fact that caused the empire he ruled over, and his own family, great humiliation and embarrassment.

His younger brother, Chandragupta, impersonated the queen Dhruvaswami by dressing up as a woman. Once in Rudrasimha’s camp, he killed Rudrasimha to avenge the insult to the Guptas. Soon after, Chandragupta became king. It is speculated that he killed his brother Ramagupta. Gupta coins also mention Dhruvadevi as his queen. So, if the story is believed to be true, then Chandragupta indeed married his brother’s widow.

The story travelled through time and place, gathering even more mysteries in its wake.

Though the prince who saved his dynasty’s honour was for long identified with Chandragupta II, Buddhist texts and a Persian one – all dating to around the same time (10th century CE) as Bhoja (in central India) and Rajashekhara (in present day Karnataka) wrote their works – spun different legends out of the original kernel of the story.

A series of Buddhist texts called the Rajavali, found in Sri Lanka, tell the story of two princes, Rawwal and Barkamaris. This story of two princes begins with the advent of a conqueror from the western lands called Sukavanti identified as Alexander or Sikander (as known in Persian texts).

Rajyapala Mori of the Mori clan that ruled in a region in the northwest (Malwa or even between the rivers Yamuna and Sutlej), died leaving his two sons, then mere youths in charge, Rawwal and Barkamaris. Barkamaris, who was younger, loved a young woman but she drew the attention of his older brother Rawwal, who was keen on marrying her. Rather than battling for his love, Barkamaris retreated to an ashram and devoted himself to becoming a scholar.

But in the battle with Sukavanti, Rawwal was besieged and it took all of Barkamaris’ machinations to rescue him and to save their kingdom. Later in battle, Barkamaris killed Rawal and became king – which makes it very like the fragments of the Devichandraguptam. The two princes have been identified as Ramagupta (Rawwal) and Chandragupta (Barkamaris).

Yet some scholars interpreted this differently. The Mori clan has been identified with the Moriyas, or even the Moras, who ruled between Mewar and Malwa (between the rivers Yamuna and Sutlej). Barkamaris then was synonymous with Chandragupta Maurya, founder of the Maurya dynasty. 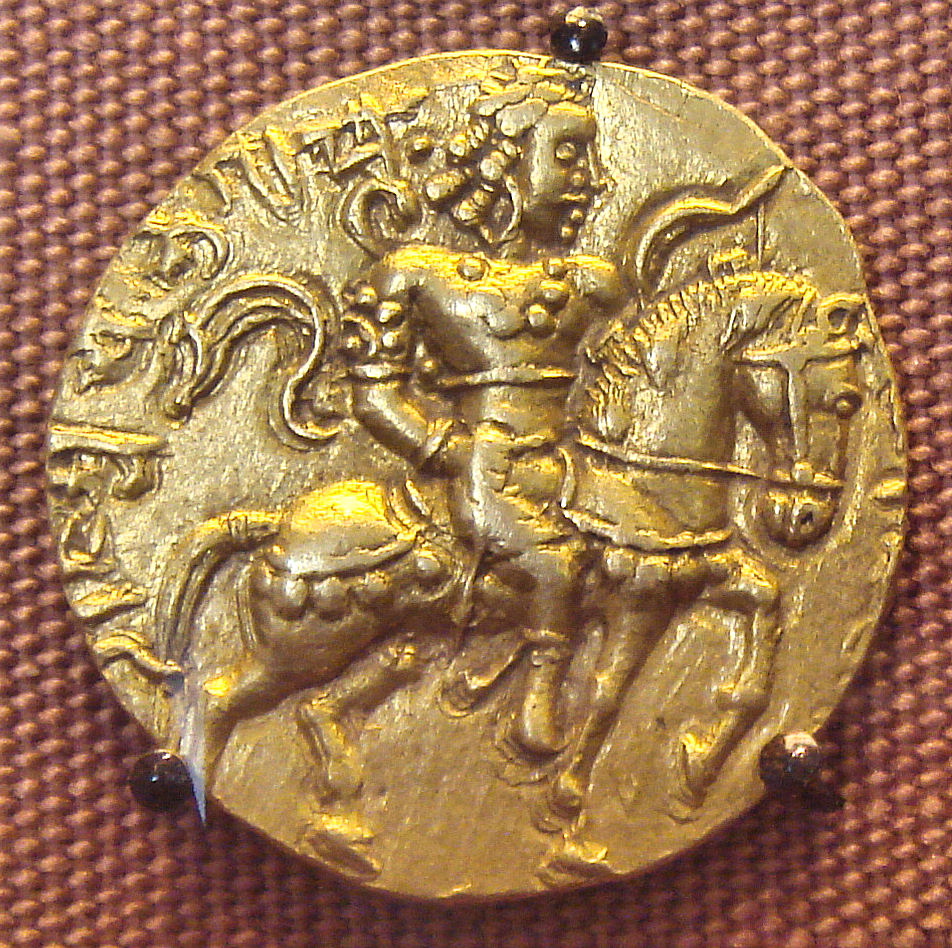 Among historians though, the speculation remains that since succession passed onto Chandragupta II, his brother Ramagupta wasn’t mentioned ever in official texts by court writers keen to prove their loyalty to the reigning king. Credit: Wikipedia

The story of Rawwal and Barkamaris gets another twist from another 11th century text, this time in Persian, but believed to be a translation from an Arabic work that itself was reworked from Sanskrit. The Persian text called Mujmal-ul Tawarikh was written by a poet called Abul Hassan Ali. The story states that after his rescue of Rawwal, Barkamaris pretended to be insane for he wanted to save his life and knew his brother, driven to extreme envy, would stop at nothing to kill him. It was in one such violent exchange between the brothers that Barkamaris killed Rawwal and the story is as we know it thus far.

Archaeology has added to the mystery as well. Coins bearing the imprint of Kacha or Rama (the letters are in the ‘Gupta’ script, descended from the Brahmi script) have been found in the Eran-Vidisha region (Malwa in Madhya Pradesh).

In recent decades, copper coins attributable to Ramagupta have been found at Bhilsa. These are embedded with the Garuda (man like bird) emblem and are like Chandragupta II’s in weight, fabric, and even make. Then there are the three images of Jain tirthankaras found in Vidisha (Madhya Pradesh) with inscriptions showing that they were installed on the express instructions of Maharajadhiraja Ramagupta. The historian, R.D. Banerjee also found mention of Ramagupta of the Gupta dynasty in an 8th century copper land grant issued by the Rashtrakuta ruler (in western India) Amoghavarsha.

R.D. Banerjee was multifaceted. He was a historian and archaeologist, earning fame as one of the earliest ‘discoverers’ and excavators of Mohenjo Daro, the lost city of the Harappan culture in the 1920s. He was, as Rakhaldas Banerjee, also a writer of several works of historical fiction in Bengali, His first novel, Dhruva, details the Ramagupta story in a fictional way.

Ramagupta, in Dhruva, was killed by the angry father of a girl after he had reneged on his promise to marry her. Before this, the woman he had married had long loved his brother Chandragupta, but had been forced to agree to marrying Ramagupta against her will. After Ramagupta’s death, the two lovers were united and Chandragupta became king.

Among historians though, the speculation remains that since succession passed onto Chandragupta II, his brother Ramagupta wasn’t mentioned ever in official texts by court writers keen to prove their loyalty to the reigning king.

Other historians now believe that Ramagupta could have been a local ruler of the eastern Malwa (Eran) region who had been appointed governor by Samudragupta. It was quite feasible for governors to assume highfalutin titles as Maharajadhiraja, and to even issue coins like the imperial Guptas that depicted Garuda with outstretched wings on one side, and a lion on the reverse. Indeed, there were later rulers in late ancient and early medieval India who added the Gupta name to their own simply to bask in reflected glory.

For all these mysteries, another relates to the playwright’s own identity. There were two main kinds of plays written in ancient India: the romantic ones such as Shakuntala and Malavikagnimitram (by Kalidasa), for example, and then the mytho-historical ones such as Mudrarakshasa and Devichandraguptam, both attributed to Vishakadatta. The former, Mudrarakshasa, exists in its entirety.

Vishakadatta, as Romila Thapar and other historians have it, was of royal lineage himself. His grandfather styled himself as a samanta (a brahmin who was given grants of land) while his father took to calling himself a maharaja, a fact not surprising, for brahmans could over a generation become small time rulers.

Vishakadatta himself is believed to be a contemporary of Kalidasa, i.e., 5-6th centuries CE. The Buddhist traditions, however, place him earlier, that is, in the time of Chandragupta Maurya.

But it is the Mudrarakshasa, a work attributable to Vishakadatta that settles some of this mystery. As mentioned in Radhakumud Mukherjee’s The Gupta Empire (1959), the play’s (Mudrarakshasa) ‘bharat vakya’ – the concluding sentence of the play that is a paean to the king before whom it is performed – has a reference to the king Parthiva Chandragupta. The verses suggest that Chandragupta rescued Dhruvadevi from the clutches of the Saka king, just as Vishnu in his incarnation as the boar (the ‘varaha’ avatar) saved the earth goddess, Bhudevi, from the evil asura, Hiranyaksha. It is this that helps date Vishakadatta to the time of Chandragupta II (or Vikramaditya), helping us for now solve at least one part of the puzzle – the playwright’s time period – behind the Ramagupta story.

Note: In an earlier version, the boar avatar was incorrectly identified as ‘Vamana’ instead of ‘varaha’.