It's been 100 years since the Malabar rebellion against British colonialism and 100 years since a police force was formed to crush it. Both events are being commemorated, but only one is official.

Kozhikode: In Kerala, two centenary celebrations are underway this year. One is the centenary of the Malabar rebellion, also known as the Mappila rebellion, a popular resistance movement that flourished in Malabar in the early 20th century against the colonial British and their local loyalists, mainly landlords. This is being commemorated by different non-governmental organisations, mainly Muslim groups, because the uprising had been led by the local Muslim community, known as Mappila or Moplah.

The other is the centenary of the formation of the Malabar Special Police (MSP), a paramilitary unit under the state police, which is the force that had been specifically raised by the British to suppress the Malabar rebellion.

The MSP’s problematic history has not stopped the Kerala police from celebrating its oldest battalion. Kerala’s chief minister, Pinarayi Vijayan, recently inaugurated the official centenary celebrations of the MSP.

Even though the Mappila rebellion has long been acknowledged as part of the freedom movement in Kerala, the Sangh parivar has recently started to portray it as a communal uprising with Hindus as the target, even unleashing a hate campaign against leading cine artists who announced the production of a film on the movement. On the other hand, political parties such as the CPI (Marxist), the Congress and even the Indian Union Muslim League have done little to effectively counter this Hindutva narrative of the movement.

Nature of the uprising

The Malabar rebellion was led by the local Muslims. Many rebels were also poor agricultural labourers. An important episode in the history of anti-colonial movements in south India, the uprising lasted several months and involved more than a million people. Several incidents that took place during the rebellion were also the outcome of issues between peasants and their exploitative landlords.

Also read: Looking Back at the Colonial Origins of Communal and Caste Conflict in India

The colonial British authorities tried to discredit the uprising, calling the fighters ‘fanatics’ and using violent force against them, including a massacre. 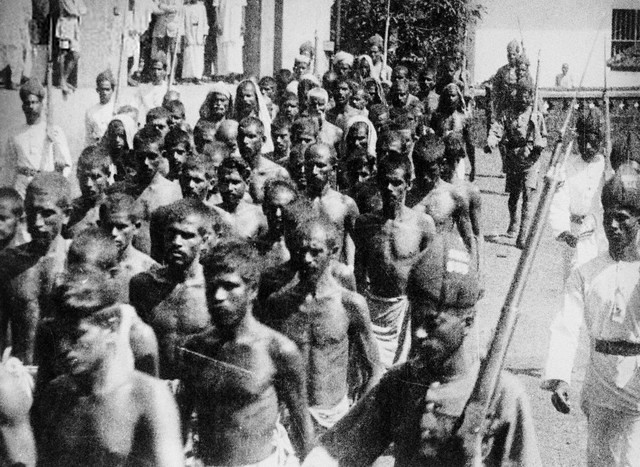 Almost all researchers agree that the Malabar uprising was a popular, widespread movement. But even as several historians explain the anti-colonial, anti-feudal characteristics of the rebellion, historic records add that some Muslim rebels also attacked supporters of the British, including Khan Bahadur Chekkutty, a retired Muslim police officer, and some of the Hindu elite.

Professor M.G.S. Narayanan, who has studied Kerala’s history extensively, said that the rebellion was part of the freedom struggle because it was started as a protest against the British authorities.

Sociologist D.N. Dhanagare said, “Gross neglect of the basic tenurial security, the deterioration of landlord-tenant relations and the political alienation of the poor peasantry were the important formative conditions” of the rebellion.

According to Dr Sreevidhya Vattarambath, a historian who studied the uprising and its aftermath, the movement had two different stages – an earlier stage that had leadership and a later phase after the leaders were arrested or killed.

While the first stage was largely disciplined, the leaderless second phase witnessed some communal incidents, she said. However, there are also several historical records that detail how the Muslims and Hindus of Kerala helped each other during the uprising, she added.

On different occasions, the rebel leaders had clarified that the movement was against the colonial government and its supporters, not against the Hindus.

Variyan Kunnathu Kunjahammed Haji, one of the top leaders of the uprising who even established an independent state for a short period, had ordered his followers:

“Don’t kill or fight Hindus. Don’t join them to Islam against their wishes … We have no hate towards Hindus. We will punish those who help or support the government. But we have no desire to make this a nation of Muslims.”

On another occasion, Kunjahammed Haji wrote to The Hindu newspaper, and rejected allegations that his men had forcibly converted Hindus to Islam.

But the rebels suffered more than the colonial government and its loyalists. Unneen Haji, an elder from Pookkottur, a village in today’s Malappuram district, said his grandfather was hanged by the British for participating in the rebellion.

Also read: Why Christo-Racist Nationalism and Anti-Muslim Rhetoric Are Gaining Ground in Kerala

Pookkottur was the scene of one of the most significant episodes of the uprising – the Pookkottur battle of 1921. According to Haji, members from almost every family in the village participated in the battle alongside volunteers from adjoining areas. In total, there were around 2,000 fighters armed with country-made weapons. However, the rebels’ poorly thought out strategy led to their defeat and they lost 400 local fighters in the battle. A number of their opponents were also killed. 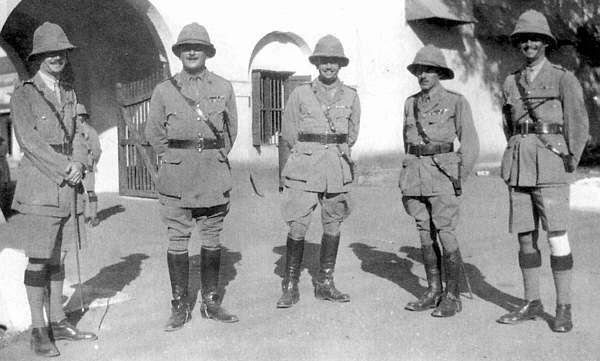 The MSP was originally formed by the British, and its primary objective was to crush the local uprising against colonial rule.

“The MSP was formed exclusively to control and oppress the rebellion,” said Vattarambath, who teaches history at Malappuram Government College.

P. Ubaidulla, who represents the Malappuram constituency in the Kerala assembly, said: “MSP was formed to suppress the Malabar revolution.” He added: “However, it has changed after independence. Now it’s an important training institute under the Kerala police.”

So far, the celebration of the MSP’s “100 years of excellence” has ignored the colonial past of the force.

A song composed by a senior police official on behalf of the state police, even said the MSP has been on “the true path of rightfulness for 100 years since its birth” – a deeply problematic remark.

Similarly, a Kerala police advertisement inviting tenders for a documentary film on the MSP curiously said that the proposed film should include only “positive comments” by the locals about the police force.

These developments appear to be not only a misrepresentation of history, but also a grave injustice to the freedom fighters of the region.

However, IPS officer U. Abdul Karim, the present commandant of the MSP, said the centenary celebration focuses only on the activities of the MSP since 1947. “We don’t want to remind the people of a past they don’t want to remember,” he said.

But for many people, including Ubaidulla, the colonial legacy of the MSP also needs to be remembered and discussed.

Many locals feel that the centenary celebration of an anti-colonial, anti-feudal movement should be the priority of a democratic government, rather than the centenary of a police force that was originally formed to crush that movement.