How Jawaharlal Nehru's 1962 Speech Was Deliberately Misinterpreted to Mislead Assam

Nehru's statement, "My heart goes out to the people of Assam at this hour" was interpreted by opponents as the PM having ' abandoned' Assam to the mercy of the Chinese. 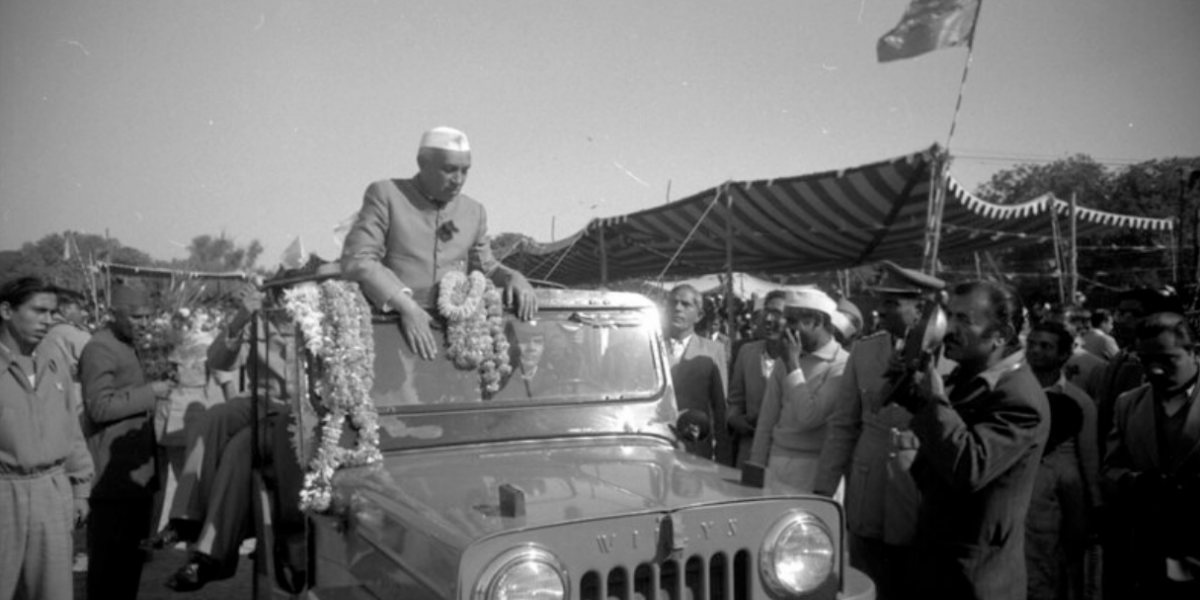 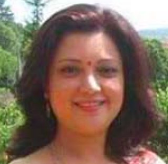 A continued repetition of intentional misinformation by vested parties works on the public psyche so much that they start believing it to be true, which psychologists in recent times term as the ‘illusion of truth’ effect.

In contemporary Indian history, even a tall leader like the first Prime Minister of India, Pandit Jawaharlal Nehru who had the distinction of being revered not only for his statesmanship and global diplomacy, but also as a philosopher and litterateur, did not escape the scalpel of historical defamation through intentional misinterpretation and repeated misinformation.

Pandit Nehru became a victim of  historical distortion early on in relation to a speech delivered with reference specially to the people of Assam during the Chinese aggression of 1962.

Whenever there is a reference to Chinese aggression in 1962, China’s incursion into Bomdila in the erstwhile NEFA (North East Frontier Agency) and the danger that had loomed large at Tezpur, we inevitably come across remarks on how ‘hurt’ and ‘betrayed’ the people of Assam had felt upon hearing Pandit Nehru’s speech. The speech was broadcast live over All India Radio November 20, 1962.

Historical books, biographies and newspaper articles on the Chinese aggression, along with Google searches on the subject will reveal quotes by rival politicians. Even netizens do not hesitate to attack Nehru’s statement, “My heart goes out to the people of Assam at this hour.” This was interpreted as Nehru having ‘ abandoned’ Assam to the mercy of the Chinese.

This narrative of ‘abandonment’ is repeated by political opponents as if it is an historical fact even now.

Assuming that critics of the speech are well versed with the use of the phrase in the English language, it would not be wrong to say that the repeated quote “my heart goes out to the people of Assam at this hour” has been wilfully picked out of the larger context of Nehru’s speech to create mischief and discredit him.

A study of the speech reveals an expression of grave concern, and a strong will to fight back and not give up under any circumstance. Despite initial setbacks on the Indian front Nehru ‘pledged’ to ‘have victory’ neither give up nor ‘tolerate’ such a foreign incursion. He said:

“We are not going to tolerate this kind of invasion of India by any foreign country. This is the first war of independent India to maintain her independence and India is not going to lose this war however long it lasts and whatever harm it may do us meanwhile. Therefore on this day which has been a sad day for us bringing news of reverses and setbacks, I want to send my greeting to the people of Assam specially and to people of NEFA and to the rest of India and to tell them that we must not get worried about this, sad we must be necessarily but we must train ourselves and steel ourselves to meet all these reverses and to even make our determination still firmer to do all that we can to repel and throw out the invader from India.

“We shall not be content till that invader goes out of India or is pushed out. We shall not accept any terms that he may offer because he may think that we are a little frightened by some setbacks. I want to make that clear to all of you and more specially to our countrymen in Assam to whom our heart goes out at this moment”.

It is obvious from these words what Nehru meant. These were words of a leader who had determination to fight the invader. He also wished to express compassion for those who had to face this sudden challenge at the ground level.

Pandit Nehru was the Prime Minister of a young democratic country that had a long journey ahead to reach its goal of becoming self-reliant. Understandably he wanted good relations with India’s neighbouring countries. Nehru had viewed China as a ‘friendly’ country. He had no reason to disbelieve China’s claim of being anti-imperialist.

Hence, he had felt betrayed and indignant at this sudden incursion. He did not mince words at this uncalled for aggression by a neighbouring country and said:

“We see the most aggressive form of imperialism functioning across our borders in India. China has said often enough that it is anti- imperialist, now we see this so called anti- imperialist country becoming itself an imperialist of the worst kind and committing aggression and invading a friendly country without rhyme or reason or excuse and justifying it by saying that they are being attacked.

“I must confess that I have seldom come across such a travesty of truth, have no decency of international behaviour, we must stand up for it and not only we but all decent minded persons and decent minded countries who value their freedom anywhere in Asia or Africa or Europe or America.”

Nehru did not dither in seeking international support at this critical juncture and expressed his gratitude to those who reached out:

“I should like to say that we are grateful for the speedy help that came to us from our friendly countries abroad more specially from the United States and the United Kingdom. We shall require more help and we have asked them for it and we shall certainly use all the help they can give us because this is a matter of survival for us.

He viewed the Chinese aggression as a threat to not only India’s integrity but an attack on all independent nations. He thus ended his speech by saying that he would keep the people of India abreast with what was happening on a frequent basis in order “to mobilise the nation to meet this grave menace for this menace is not only in Assam or Ladakh or India only, it is a menace for Asia and a menace for the entire world. And so let us all say today with real meaning and repeat our old cry, ‘Jai Hind’.” 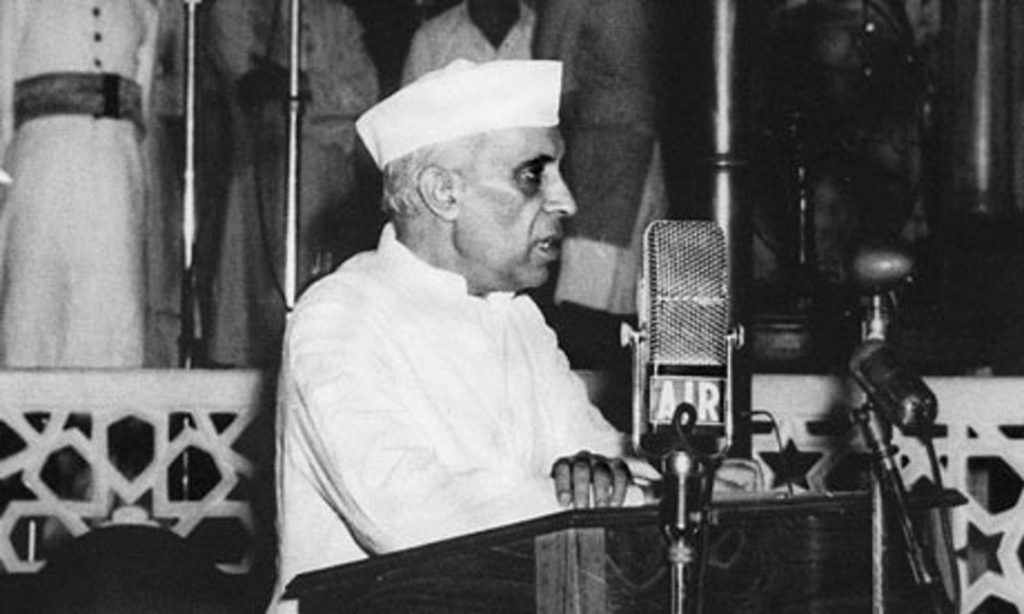 Nowhere in the speech do we get a whiff of ‘surrender’ or ‘abandonment’ of Assam to the Chinese. Critics of the speech may find it interesting to note that Nehru’s daughter Indira Gandhi who had been president of the All India Congress Committee between 1959 and 1960, flew down to Tezpur in November 1962 to take stock of the situation.

Gandhi reached Tezpur town with ration and supplies for the inhabitants from Indian Red Cross. Katherine Frank in her biography of Indira Gandhi mentions: “Indira returned to Delhi for exactly eight hours, displaying ‘a flaming confidence because the tribal people had refused to leave Tezpur’. She made a brief radio broadcast, had the aircraft refilled with supplies and returned to Assam for another forty eight hours.”

Almost immediately upon her arrival in Assam, the Chinese ‘unexpectedly’ decided to announce a unilateral ceasefire and started to withdraw their troops.

Wilful misinterpretation of facts and repeat of misinformation were tools of propaganda that were used with glorious results by Joseph Goebbels. Nazi Germany’s Minister of Propaganda, Goebbels famous quote, “If you tell a lie big enough and keep repeating it, people will eventually come to believe it,” said it all.

A version of the article appeared in Assam Tribune on November 13, 2020. Tapan Datta of the All India Radio supplied Nehru’s speech to the author.

Bobbeeta Sharma is the general secretary and spokesperson of the Assam Pradesh Congress Committee.