Iyodhee Thass Pandithar: A Pioneer in Dalit History and Literature

Through his evidence based documentation of Buddhism, Iyodhee Thass was among the first to provide an alternative history of the Dalits. 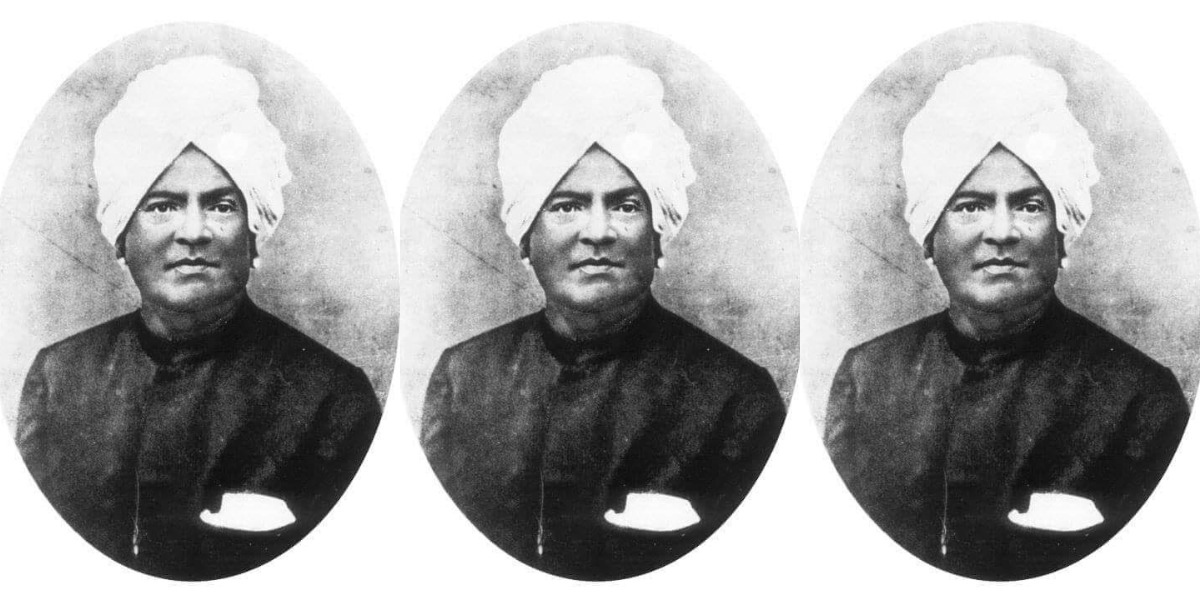 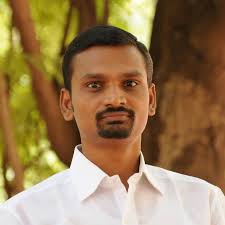 Tamil Nadu holds a special place in Indian Dalit political history. Since the end of 19th century, various intellectuals and leaders were instrumental for the emergence of multiple movements/associations and magazines. After B.R. Ambedkar’s political arrival, his contemporaries from Tamil Nadu – M.C. Rajah (1883-1943), Rettaimalai Sreenivasan (1859-1945), Meenambal (1904-1992) and N. Sivaraj (1892-1964) worked along with him. But, Iyodhee Thass Pandithar (1845-1914) was beyond any doubt a pioneer to these leaders.

Born in 1845 to a family that had the backing of conventional education and practitioners of Siddha medicine from Chennai, Iyodhee Thass’s grandfather Kanthappan worked as a butler at the residences of Britishers. Butlers employed by the British were invariably Dalits.

When the Chennai Education Society was founded in 1812, inspired by Kolkata’s Asiatic Society (1784), and Chennai district collector Ellis was in the process of collecting important Tamil texts, Kanthappan was the one who provided the Tamil classic Thirukkural.

As Ooty came to be the summer capital of the Madras presidency and when employees serving the British were transferred, Kanthappan was also moved to the hill station. Iyodhee Thass, who also grew up in Ooty, began his social work by organising the tribals. Later, it led to the founding of Dravida Pandian magazine and the establishment of Dravida Mahajana Sabha that worked towards land, education and other civil rights of the people.

He was also one of the early critics of the idea of India being proposed at the time of freedom movement. He said it would merely end up catering to the benefits of the Brahmanical political class. When the Swadeshi movement got aggressive during the Bengal partition in 1905 and its influence was being felt in Tamil Nadu, Iyodhee Thass strongly opposed it.

Iyodhee Thass and his contemporary Rettaimalai Sreenivasan’s work is still a source for a critical approach towards nationalism and to analyse the pros and cons of the rise in nationalism. Voices on reservation, rational thinking and anti-Brahmin movements that later became the framework for 20th century Tamil Nadu politics find roots in the works of these Dalit intellectuals. Recent research has also proved that their work has significantly contributed to Tamil Nadu’s unique political identity that we see today.

Widely known as a social reformer, Iyodhee Thass’s contribution to the cultural sphere is noteworthy too. When Buddhism in India went through a period of renaissance, he was key for its emergence in Madras presidency. Along with it came two general approaches towards Buddhism: merely limiting its scope to spiritual and scholarly purpose and another, for social reformation. Iyodhee Thass chose the latter.

In 1898, he set up a society for Buddhism with Chennai as its headquarters and branches at various other places. To manage and co-ordinate the functioning of the society, he began a weekly magazine, Tamizhan in 1907. Its operation was briefly interrupted due to his death in 1914, only to be renewed later by others.

While Buddhism attracted many modern day leaders and intellectuals of the country, Iyodhee Thass’s approach stands apart through his evidence based method and documentation of Buddhism and, Tamizhan magazine stands as a testimony to his contribution on Buddhist writings.

Apart from inscriptions, statues and literary scripts that serve as evident information, Iyodhee Thass also took into consideration traditional folklore, festivals and beliefs. Modern history also accepts that Buddhism was at one point in time spread across India. Existence of this widespread Buddhism was not merely through statues, but remained through some incomprehensible forms and life practices among people, which are aspects of a definite culture.

Iyodhee Thass argued that texts, statues and other visible evidence could have been destroyed due to religious invasions, but, the life practices inspired by Buddhism remain as proof. He also added that adversaries of Buddhism, unable to fully eliminate the traces of this religion, either forced newer forms or distorted the existing framework.

In Tamil Nadu, he cited temples like Madurai Pandi Munni and Salem Thalaivetti Munneswaram as examples, where beheaded statues of Buddha were replaced with local deities. He claimed that while the head was replaced, the statue’s body remained to be that of Buddha’s meditative posture. Iyodhee Thass also saw contradictions not just in these statues, but in various other aspects of society and how these changes stayed on. He said in Hindu festivals, residues of Buddhism remain. 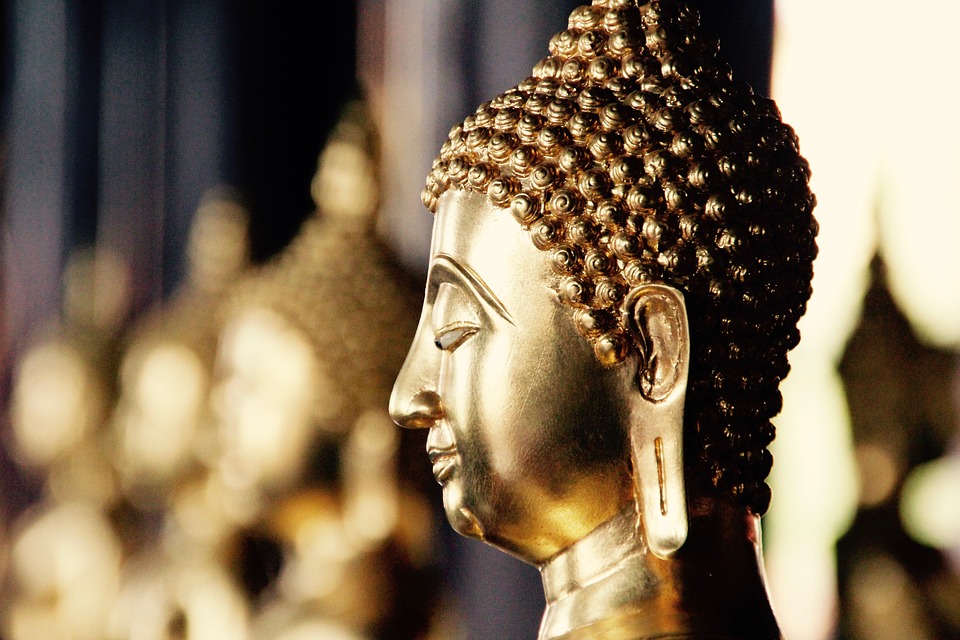 He inferred that somewhere between the early and modern times, distortions would have occurred in the course of history. He says due to the reversal of power structures, the early Buddhists were made untouchables. This distortive process was caste discrimination.

Iyodhee Thass proposed that finding the period and reason behind this distortion and restoration of it would mean annihilation of caste. By advocating that the oppressed of the society should realise the Buddhism of ancient times, he attempted to build modern politics over the framework of Buddhism.

Also Read: The Burden of Caste Annihilation Must Not Lie on Dalits Alone

He proposed that the reason for untouchability was the acceptance of a particular social belief by certain people. That is, because some people practiced Buddhism, they came to be considered as disgraced. Later, to substantiate this attribution, continued efforts were made to convince the society’s psyche. Iyodhee Thass’s consistent efforts to break these fabricated stories and literature are the first attempts in Tamil Dalit literature.

He reviewed the distortions and fabrications in Tamil bhakti books like Sekkizhar’s Periya Puranam, Harichandra Puranam and on the birth history of Thiruvalluvar. He was actively involved in building the structure for alternative history. Indra Desa Sarithram (1912) which was a series in his magazine Tamizhan and later published as a book, discussed subaltern politics from the perspective of Dalits. His book Adhivedam (1912) talks about the life history of Buddha.

Highly proficient in Tamil, he wrote texts to books written by Tamil classical writers Thiruvalluvar and Avvayai. There is strong tradition that considers Thiruvalluvar as a priest belonging to the Paraiyars – a Dalit subcaste. This leads Iyodhee Thass to link Thiruvalluvar, a pioneer of Tamil literature, as an early Buddhist.

Iyodhee Thass was one of the first intellectuals to view the Dalits as a set of highly educated people with high conduct. The colonial period’s printing press and his scholarly approach to traditional literature contributed to the alternative history. 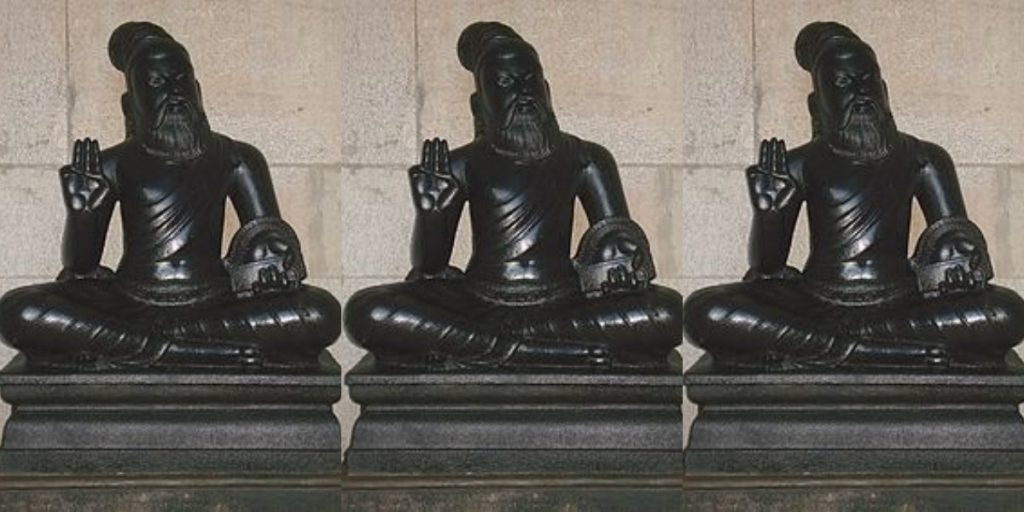 A statue of Thiruvalluvar. Credit: Wikipedia

His contributions provide historical evidence to the anti-caste discourse. He breaks the idea that Dalits have forever been considered low in the hierarchy and questions how a section of the society could have been wretched from the beginning of human civilisation. By proposing that caste is a creation, he concludes, it could be corrected.

Iyodhee Thass’ struggle was more ideological. There has been no better Tamil intellectual who understood the reasons and the social construct that operates over the behavior of the oppressor and the oppressed and, provided an alternate history.

Initially, he approached Dalit history and Buddhist history from two different poles and later merged both to conclude that the degradation that was forced upon Buddhism found its reflection on Dalits. He viewed both the resurgence of Buddhism and Dalits from a single lens and hence, associated himself with Buddhism. It was 58 years after Iyodhee Thass took to Buddhism that Ambedkar converted to Buddhism.

Also Read: An Eyewitness Account of Ambedkar’s Political Trials in Converting to Buddhism

However, over the years, his work was forgotten. In the late 1990s Gnana. Aloysius’ compilation of Iyodhee Thass work provided a boost to Tamil Dalit politics and invoked multiple political debates. From providing a core ideological influence to the political party Viduthalai Chiruthaigal Katchi (VCK), his influence has slowly found its place in the mainstream. Leading Tamil writers Jeyamohan and Vinayaka Murugan made Iyodhee Thass a character in their novels Vellaiyaanai and Valam respectively. Films like Madras, Kabali and Kaala directed by Pa. Ranjith have references to Iyodhee Thass.

Stalin Rajangam is a Tamil scholar writing on Dalit history. He has written six books on politics, cinema and literature. The article has been translated by Dharani Thangavelu.