How the Tricolour and Lion Emblem Really Came to Be

A first-hand account of how the national emblem was designed.

A picture from when Badruddin Tyabji took over as Head of Mission in Belgium, a few months after India became independent. Credit: Author provided

It was 1947 and the frenzy of Partition. My parents’ home was attacked and ransacked and my father survived an attempt to kill him. In those chaotic, strange times, it was a crazed young Sikh who aimed pointblank at his chest; a Hindu who twisted away the gun and saved him.

The year 1947 was also the year I was born. My father was a civil servant in the Constituent Assembly and my mother busy in the refugee camps set up at Red Fort. Homeless, camping with friends, it came as a shock that some of my father’s colleagues refused even to store their furniture, for fear of possible repercussions. What was even more shocking was how many urged my parents to go to Pakistan – something they never considered for a minute. For my parents and the rest of their extended families, the idea of a nation built on religion was claustrophobic. Both adored India’s multicultural, diverse ethos.

My father, as part of the prestigious Indian Civil Service, had been offered a top role in the newly-formed Pakistan government, but as he wrote to his father:

“You will I am sure not be surprised to hear that I have elected to remain in India (Hindustan) and not to go over to Pakistan. I am absolutely opposed to the Muslim League ideology and mentality and it would have been a gross betrayal of all my ideals and hopes if I threw them over for the tempting posts that they are offering to Muslim officers.”

In the middle of the tragedy and traumas of Partition, looking after baby me and my two elder brothers, as well as family servants separated by the bloody border from their kindred, my parents had been given another task. In the Constituent Assembly, things were quite crazy, with every detail of a new nation being worked out – along with the undreamt of nightmare of Partition.

Suddenly, people realised India was going to be independent in a couple of months and we needed a national emblem. So, Jawaharlal Nehru turned to my father and said, “Badr, you have an eye for this sort of thing, please do something about it…” My father set up a Flag Committee headed by Rajendra Prasad, and sent letters to all the art schools asking them to prepare designs. Hundreds came in, all quite ghastly. Most of them heavily influenced by the British national emblem, except that elephants and tigers, or deer and swans replaced the lion and unicorn on either side of the British crown. The crown itself was replaced by a lotus or kalash or something similar. 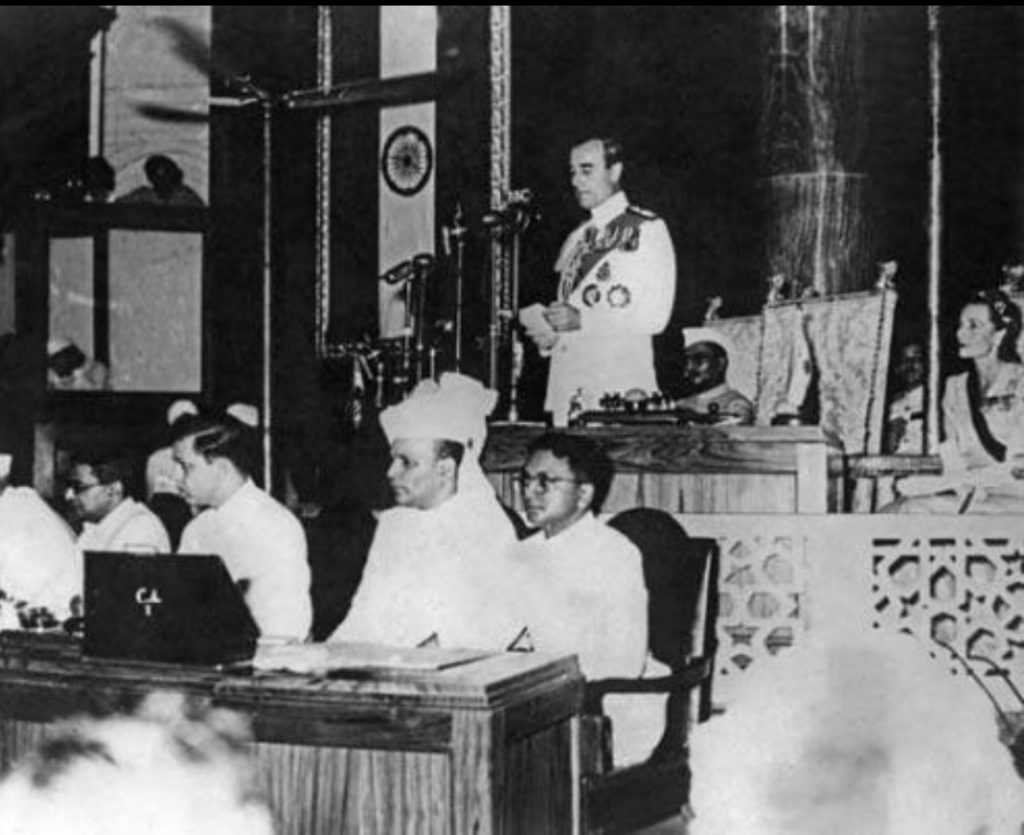 Badruddin Tyabji (wearing white turban) at the Constituent Assembly session. The official account of the creation of the national flag and national emblem is lodged in the National Archives. Credit: Author provided

Time was ticking along and everyone in the Committee (Nehru was keenly involved and extremely unhappy with the designs coming in) were getting a bit desperate, when suddenly, my parents had this brainwave of the lions and chakra on top of the Ashoka column. (They both loved the sculpture and ethos of that period). So, my mother drew a graphic version and the printing press at the Viceregal Lodge (now Rashtrapati Niwas) made some impressions and everyone loved it. Of course, the four lions (Lion Capital of Ashoka) have been our emblem ever since.

Meanwhile, without thinking too much about it, everyone had assumed that the Congress tricolour flag designed by Pingali Venkayya, with Gandhiji’s charkha in the middle, would be the national flag. Our independence struggle had been fought under its banner. However, there was opposition to a party flag representing the nation. So, my parents were tasked with re-doing the flag, and they took the same Ashoka chakra and put it on the tricolour. Once it was done, it all seemed so natural and obvious. Originally, my mother had painted a black chakra, but Gandhiji objected so it became navy blue.

The struggle for freedom had bound very diverse people together. People connected then to a broader identity – Indianness rather than caste or community.

Over the years, the flag story keeps cropping up every August, though, curiously, no one talks about the lion emblem. There are many contradictory claims – including one by the Chinese ambassador posted in Delhi at the time who wrote in his published diaries that it was his idea to use the Ashoka Pillar as inspiration. Unfortunately for him, the date of the dinner party at which he claims to have suggested this to Jawaharlal Nehru was several months after the design for the flag and emblem had already been officially tabled and accepted. 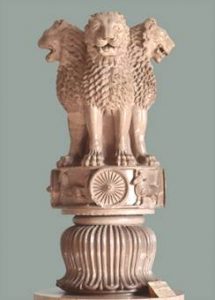 My mother was 28 at the time. My father and she never felt they had “designed” the national emblem – just reminded India of something that had always been part of its identity. When I was growing up, Ashoka and Akbar were the mythic heroes of the ‘New India’, representing a splendid syncretic pan-Indian culture, just as Gandhi was its revered philosopher saint. The Buddha, Kabir and Guru Nanak were also part of our pantheon. However, these figures are no longer part of the popular iconography today.

If they were alive, my parents would now be taken aback by the many versions of the story on social media. They would be surprised too at its general inaccuracy and the routine misspellings of my mother’s and our family surname; amused that my father has been totally written out of the story though (like most things in their marriage) it was very much a joint effort; incredulous that it seems so ‘amazing’ to many who share the post that it was “a Muslim lady” who created the flag. (These days, the account is also given a thumbs up Telangana twist, since my mother was from Hyderabad!). I think they’d have enjoyed cricket-loving fans painting the tricolour on their cheeks… But what would upset them most is to see how the colours of the flag are so distorted these days – the orange practically blood red, the chakra a bright electric blue, the green every shade from olive to parrot green! And of course Gandhiji’s insistence on the flag being made of hand-spun hand-woven khadi is totally forgotten.

My father watched that first flag – sewn under my mother’s supervision by Edde Tailors & Drapers in Connaught Place – go up over Raisina Hill. Later, as the daughter of a diplomat who represented India in countries all over the world, I shared that sense of achievement of being Indian in those early days. Despite the scars of Partition, there was a unity and sharing. The struggle for freedom had bound very diverse people together. People connected then to a broader identity – Indianness rather than caste or community. 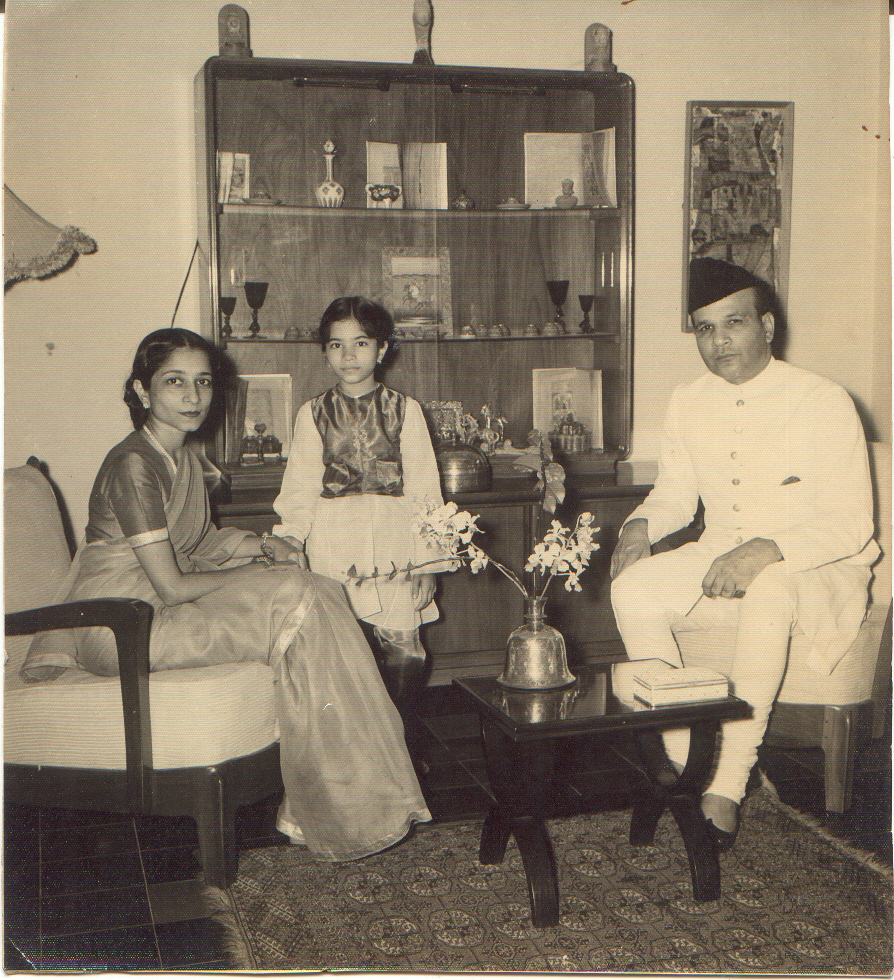 India can be likened to a salad – a mix of many languages, faiths, food, clothing, cultures, social practices….  Their interplay gives that salad its colour, flavour and consistency and makes India so special. The ingredients cannot be boiled down and mashed into a bland majoritarian porridge. That would rob our extraordinary country of most of its flavour. The sauce that blends those different elements together is insaniyat (humanity). If the sauce goes bad, so does the country.

In my childhood in the 1950s, we lived opposite Teen Murti House. In the early mornings we went out riding with the then Prime Minister Jawaharlal Nehru and his family. Now, the thought of a prime minister out on horseback, cantering down the leafy lanes of Delhi, without Black Cat escorts, sirens and Sten guns in sight, seems fantastic.

Where did the simpler times go?

India in those decades seemed a simpler, less splintered, less materialistic place. Rich or poor, we all shared the lengthy power cuts, spent hours waiting for those long distance, so-called “lightning” telephone calls. Cabinet ministers, company directors, generals, all drove in the same Ambassador cars and drank the same Indian rum and whiskey. There were no malls, no fancy foreign brands or designer labels. The darzi sat in the verandah stitching our clothes. Everyone lived within 15 minutes of each other and dropped by in the evenings for ‘potluck’, bearing a dish. Traffic jams and road rage were unheard of. Lutyens’ Delhi was not a pejorative. The conversations, sitting on modda chairs in our lawns, eating samosas, pedestal fan whirring, were about non-violence, secularism, democracy, socialism, non-alignment: outdated words that have now turned sour. 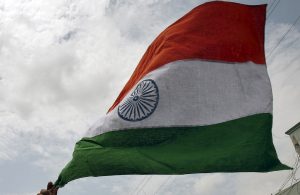 Polluted, high-rises filled Delhi is a far cry from that gracious, tree-lined, sleepy city of my youth. Most of the trees of yesteryear are dead and many of these bungalows we lived in are now memorials to long-dead leaders (and the unacknowledged dead dreams of a generation).

Huge, spongy Nike trainers have taken the place of peshawari juthis and chappals, even underneath dhotis. Politicians prefer Mont Blanc pens and foreign watches to khadi. Students commute to college in cars rather than the University Special. People live in gated communities and communicate through emails and cell phones. Delhiites, newly self-conscious, attend aerobics classes and go to slimming clinics. Jeans and dresses trump saris. One can phone in for sushi, Mexican and Thai cuisine and buy avocados, artichokes and squid at INA Market. Families visit malls on weekends rather than picnic at Jamali Kamali. The high-pitched aggression of Arnab and his ilk on our TV sets have replaced the nighttime sounds of jackals and bulbuls from the gardens in the 1950s.

Nostalgia can easily become overly romantic. Of course, much of the change is  transformative, life-enhancing, exciting… I love the internet, the Metro, piped gas and electronic gadgets and I am shamefully addicted to my Netflix and air-conditioning in summer. It’s great that government clerks now go to office on scooters rather than cycles and Ayurveda, yoga and herbal cosmetics have become trendy. Nevertheless, as I sit and work in more or less unchanged rural villages, I worry that supposed ‘smart city’ Delhi seems to have less and less connection to the ideals of the other India of the past, or the country of which it is the capital. As for horseback rides with the prime minister, they seem as remote as my once 18-inch waist.