The idea of 'Bharatavarsha' as found in ancient texts is distinct from that of present-day India. 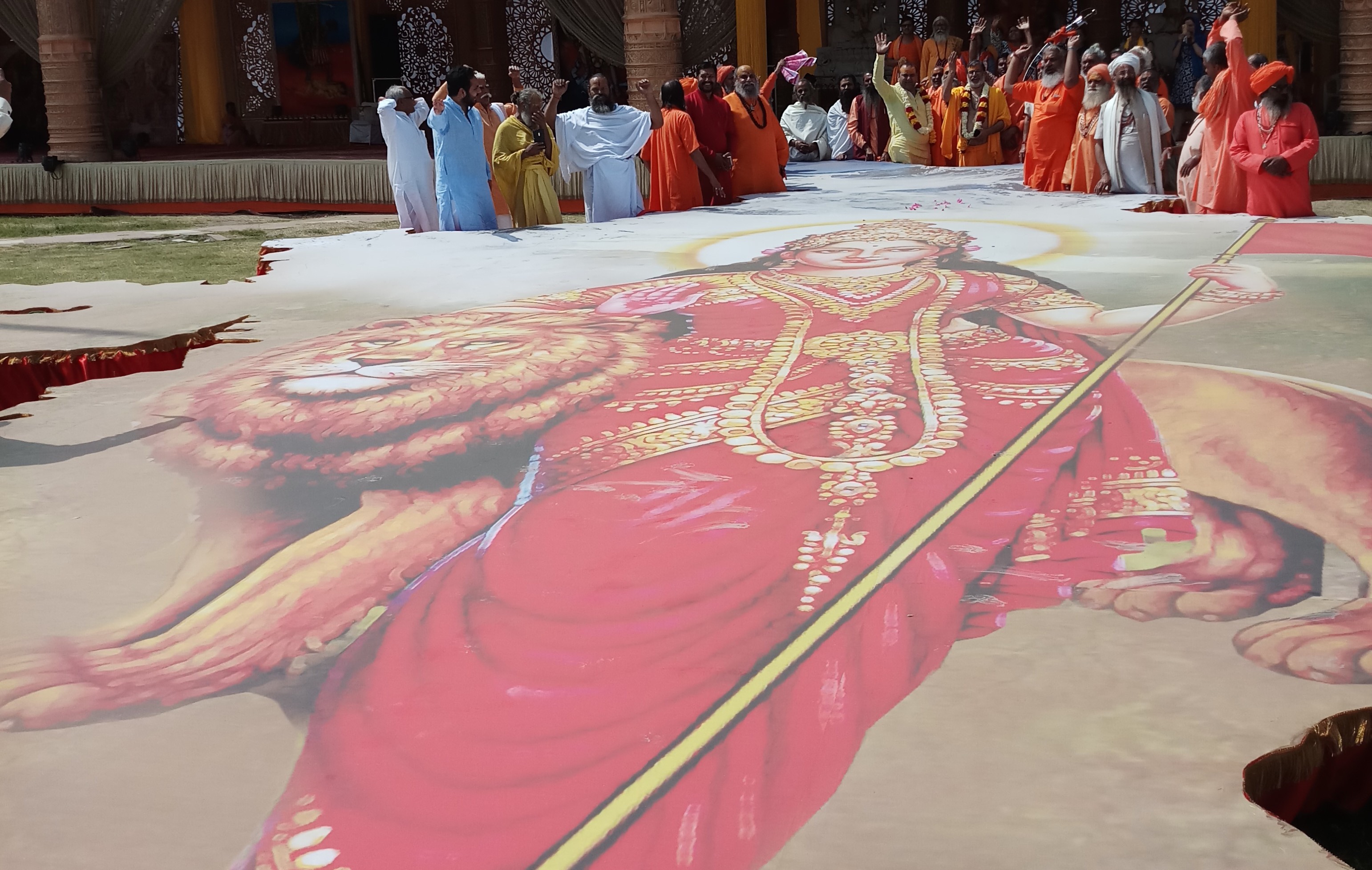 Bharat Mata with a saffron flag adorns a map of India laid out on the ground outside the Red Fort, part of the 'Rashtriya Suraksha Mahayagya' currently taking place with government blessing. Photo: Sangeeta Barooah Pisharoty.

On August 5, 2020, Mohan Bhagwat, the current chief of the Rashtriya Swayamsevak Sangh (RSS) announced the birth of a ‘New Republic’ at the bhoomi pujan ceremony for a Ram temple at Ayodhya. His call for revitalising Hinduism, allegedly on hold for the past 500 years, also rang out for historical ‘correctives’ that the New Republic would be based on.

Such calls to rewrite history and highlight the “glorious Hindu past” are not new and are regularly circulated on WhatsApp and Twitter. Then again, the obvious absurdities of these ‘corrections’ are clear for all to see. Take for example how BJP politicians like Vinay Katiyar and Kapil Mishra have recently resurrected and championed a long-standing conspiracy theory that the Taj Mahal is in fact Tejo Mahalaya, a Hindu temple that was converted into the world-renowned monument. Though clearly ridiculous, it has already inspired real-life court cases. At the time of writing this article, on India’s 74th Independence Day, Mishra’s tweet promoting this theory was shared more than 8,000 times. 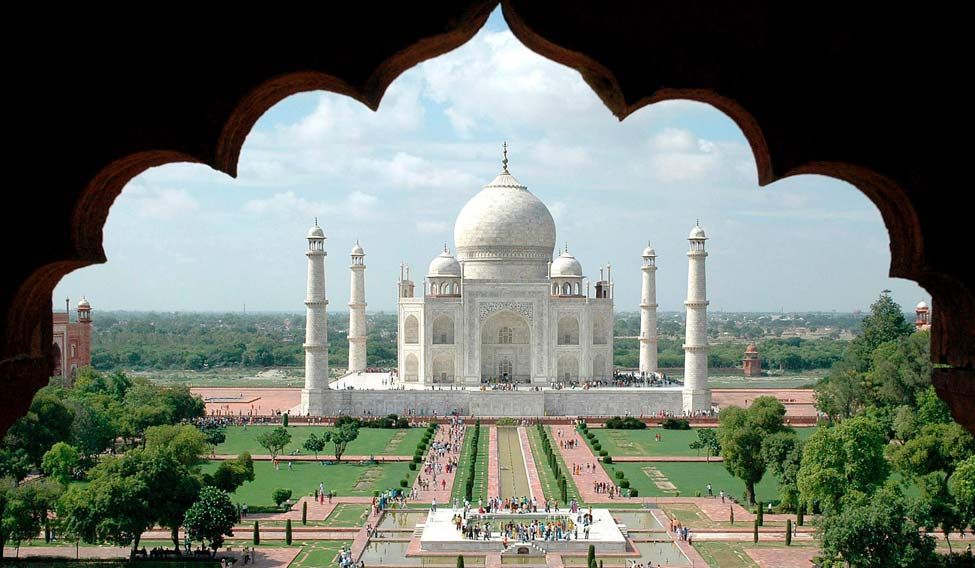 Louder than ever before

The obsession with righting alleged historical wrongs and the abuse of historians who call out manufactured lies spread as ‘corrected history’ is common. This goes alongside reinforcing the ancient origins of Bharatiya culture that always was nothing but Hindu. These new pasts rest on lies and the fabrication of an eternal Indian nation-state or Hindu rashtra. That such imaginings of the past are louder than ever before is unsurprising given how anxious the RSS and the BJP are to prove that they did indeed have some part to play in the anti-colonial struggle and the achievement of independence.

In light of the new ‘turn’ taken by the Indian republic on August 5, where the Indian republic and constitution are being subverted from within, fabrications of an eternal Indian nation-state are only to be expected. That such new versions of history might well become part of syllabi and textbooks make it worth examining these banal, yet dangerous, manipulations of history in the service of the current regime, especially when they are validated by the media and the Twitter accounts of politicians and vice-chancellors, such as that of Jawaharlal Nehru University (JNU).

A recent example of such manipulation was Shonaleeka Kaul’s opinion piece, where she sought to ‘correct’ the idea of India. The author, a specialist in ancient Indian history, made a series of extraordinary and blatantly ahistorical claims to assert that the nation-state of India can be found even in the ancient past. Kaul cherry-picks from a vast and complex body of texts from different time periods to put forward a crude and poor analysis, yoked to ugly underpinnings.

This is particularly shocking given that Dr Kaul is a former student of and currently an associate professor at the Centre for Historical Studies (CHS) at JNU. This is the same institution where students learn to think critically about how ideas and societies change over time and translate this thinking into critical arguments based on textual and archival evidence. Further, it imparts and stresses a rigorous scholarly examination of a vast body of scriptures and commentaries from different religious traditions, and philosophers (such as those quoted by Kaul) in context, and with deep attention to their shifting meanings.

In a striking shift from the rigorous training she should have received at CHS, Kaul makes incorrect, ahistorical assertions about the existence of an Indian “nation” from the early period. Her presentation of an unchanging Indian “nation” that was always clearly “Hindu” is pernicious. These ideas draw selectively upon colonial ideas about the periodisation of Indian history. That such an op-ed is being written on the eve of India’s independence day, and in the wake of attacks on the Indian constitution, on historians, and anyone who does not subscribe to the ruling regime’s extremist majoritarian ideology of Hindutva, and amidst the open persecution of Muslims and Dalits is not accidental. Instead, Kaul’s assertion of a homogenous “Hindu” past is in the service of the current regime’s ideas of “Hindutva nationalism.” This is poor history that reads like propaganda.

Her op-ed makes blatant misrepresentations and manipulations of ancient texts and the Indian past. The renowned scholar professor B.D. Chattopadhyaya, retired from CHS, has written extensively about how we must understand the idea of Bharatavarsha as found in ancient texts as distinct from that of present-day India. This is not a repetition of colonial ideas of history as Kaul would lead us to believe. Rather Chattopadhyaya’s arguments are the result of exhaustive research on political terms such as janapada and desha found in ancient texts. This has shown how the idea of Bharatavarsha changed with time and its boundaries were constantly redrawn and challenged. Janapada and desha always meant places and regions: Magadha, Gandhara, Dravida, Kuntala and so on.

There is not a single text or inscription where someone claims to belong to the country of Bharatavarsha. This is not an ‘illusion of multiplicity’ as the editorial claims but rather the past as it actually was. In fact, the editorial does exactly what it accuses others of doing, reproduces outdated 19th-century histories where Bharatvarsha is equated with colonial British India. There are also several errors in this article that demonstrate a lack of awareness of recent scholarship as well as of other sampradayas or religious traditions. For example, while the establishment of mathas by the historical figure of Shankara is accepted by some within the tradition, historians do not uncritically accept this as historical fact. Rather the historians’ task is to understand tradition: how it is formed and transformed, not uncritically misrepresent it to the wider public. 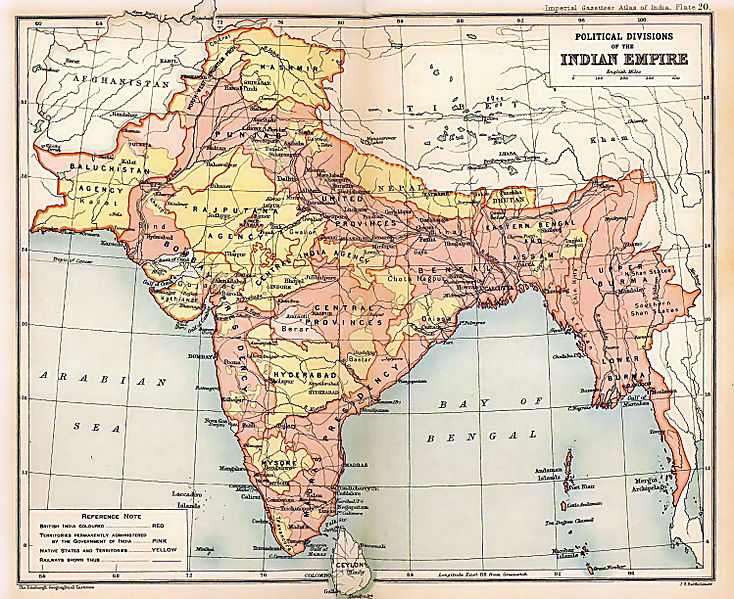 Everything changes over time

Since 1947, scholars have repeatedly criticised colonial ideas of history through their writings. The first principle of history is that everything changes over time. Students of history are also taught about the dangers of anachronism, where 19th-century ideas about “Hindu” and “Muslim” nations and rule were used to justify and sometimes challenge colonial oppression. There are no eternal and unchanging pasts; nor can chronology and periodisation be yoked to sealed religious categories.

When applying basic principles of history, it is clear that imaginations of Bharatavarsha in the Mahabharata in the 5th century BCE are not the same as those in the Puranas written almost 1,000 years later. Such ideas simply cannot be reduced to the 19th-century concept of nations and all of its legacies.

At a time when the government has moved to link Indian citizenship with religion and Indian citizens can be declared “anti-national” simply for exercising their right to disagree with the government, it is urgent that such blatant manipulations of the past are called out for they are: shoddy historical writing in the service of exclusionary Hindutva nationalism.