We need to rethink the ‘idea of India’ being promoted as land-locked and comprising of the Sanskritic culture of the Ganga plains. 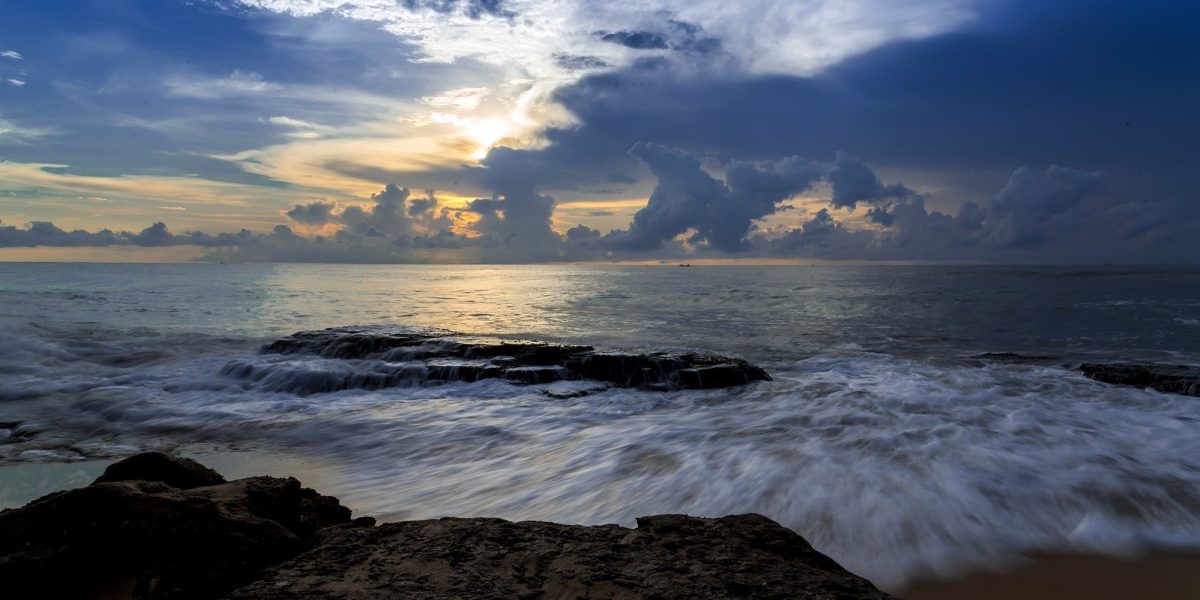 India has a coastline of more than 7,500 km. Photo: WBK Photography/Flickr CC BY NC ND 2.0 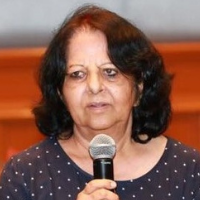 World Maritime Day was observed on September 24 and it has once again brought into focus UNESCO’s 2001 Convention on the Protection of the Underwater Cultural Heritage. This is a much-neglected document compared to UNESCO’s better known 1972 World Heritage Convention signed by 194 countries as of January 2017. In contrast, the 2001 Convention has fewer takers, with only 65 states ratifying it, which does not include the big powers in Asia. India, it would seem, is ambiguous in this regard. While India has not yet signed the 2001 Convention, the 2019 Working Group Report of the NITI Aayog on Improving Heritage Management in India claims on page 141 that India is a signatory to the Convention. Be that as it may, let us discuss the larger issue of maritime consciousness in India.

Perhaps the greatest challenge that India faces is to counter the prevailing mindset of agencies responsible for the protection of cultural heritage in expanding maritime consciousness. This mindset draws on the internalisation of the myth of prohibition against travel by sea or kalapani, which was prevalent in the 18th and 19th century. Academics and historians have further reinforced this fabrication by postulating that on the account of caste system, Indians did not venture beyond land borders.

Nothing could be further from reality, as evident by archaeological finds of the Harappan civilisation in Oman and the Persian Gulf. Another significant discovery has been of inscriptions in Hoq cave on the island of Socotra at the mouth of Red Sea. These inscriptions in Sanskrit and Prakrit had been written in Brahmi script of India, and dated to the early centuries of the Common Era. A glimpse at the map of India shows a coastline of more than 7,500 kms and more than 1,200 islands. Eight states and five union territories face the sea. Can a country surrounded by water at least on two sides be oblivious to the Indian Ocean? Do we need to rethink the ‘idea of India’ being promoted as land-locked and comprising of the Sanskritic culture of the Ganga plains? 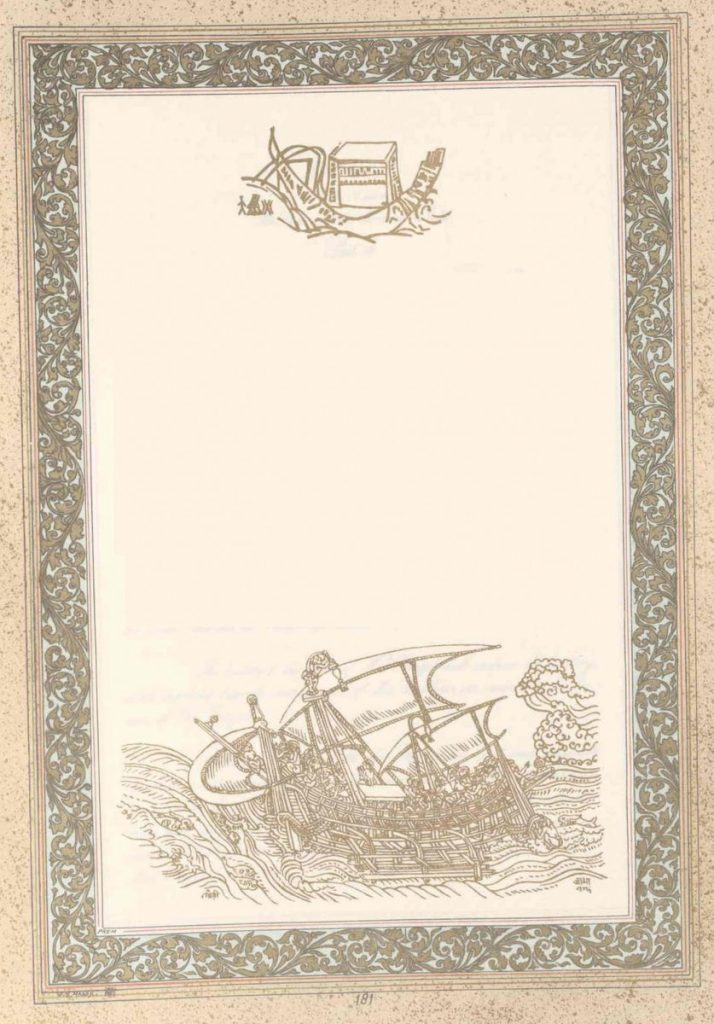 Page 181 of the original copy of the Constitution of India

Let us start with the constitution of India. It is not widely known that the original copy of the Constitution has drawings made by the famous artist Nandalal Bose. The illustrations that Bose selected for representation draw on India’s pre-Independence past, starting from the third millennium BCE Harappan civilisation to the prominent leaders of the freedom struggle. The last three visuals are of India’s geographical features: the Himalayas, the desert and the ocean. It is not surprising that Bose chose to represent the ocean through two drawings on page 181. On top of the page is the terracotta boat model recovered from Mohenjo-daro, now in Pakistan, which replicates a boat probably made of bundled reeds, with a deck as was shown on a rectangular stone seal from Mohenjo-daro. This emphasis is not surprising, since the unearthing of the Harappan civilisation in the 1920s was perhaps the most notable achievement of the Archaeological Survey of India.

At the bottom of the page is a two-masted sailing ship that occurs on the Buddhist monument of Borobudur in central Java in Indonesia. Borobudur is a unique Javanese monument consisting of terraces of decreasing size that was built between 730 and 860 CE. In the first gallery at Borobudur, a series of four panels illustrate the life of the Bodhisattva as a sea captain and how he and his sailors had been shipwrecked on the island inhabited by female ogres. A question that arises is how does an Indonesian ship find representation in the constitution of India, though this is not the only example?

But before I answer the above question, it may be worth considering changes in the last seven decades after India’s independence in 1947. Have we changed our representation of the seas with reference to public art? Airports, until the COVID-19 crisis hit us, had been important indicators of a nation’s economic health, given the increasing presence of the affluent and the well-heeled shoppers at the glitzy and well-stocked outlets. Is it odd then to look for maritime consciousness at airports, which symbolise a world of fast travel far removed from the slow and hazardous wooden sailing boats of our coastal waters or the sea? Nevertheless, it is an attempt worth the effort, especially for the metros located close to the waters.

Mumbai’s Chhatrapati Shivaji Maharaj International Airport prides itself on its uniqueness that integrates world class design with a rich infusion of India’s cultural heritage. The 3.2 km long multi-storey art wall boasts of symbolising all aspects of India’s rich heritage, and is suitably titled ‘Jaya He’. No doubt, it is an attractive display of more than 5,000 art objects skilfully designed and made by craftsmen who are often kept away from the public eye. It is a bold initiative of bringing art, culture and heritage into the public domain. The entire display is divided into three sections, labelled ‘Thresholds of India,’ ‘Layered Narratives’ and ‘Baggage Acclaimed’. Given Mumbai’s coastal location, it is not surprising to find tributes to India’s maritime history in the first section. But surprisingly the ship shown is from Borobudur and described as ‘an early ship with cargo from India’.

How is this appropriation of ships shown on Indonesia’s world heritage site of Borobudur to be explained at a prominent airport in the country? Bose’s familiarity with Borobudur no doubt came from his association with Rabindranath Tagore who had travelled thrice to Southeast and East Asia, while Nandalal accompanied him on his second trip to Burma, China and Japan in 1924. Given the dominant writings in Bengal in the early 20th century on the expansion of Indian influence in Southeast Asia, Bose may be forgiven for including the ship representation at Borobudur as Indian.

Has nothing changed in the last seven decades in terms of our understanding of India’s maritime history, but more importantly the complete disregard for Indonesia’s unique heritage? One aspect of Borobudur that distinguishes it from other contemporary religious architecture either in Indonesia or India is the inclusion of detailed relics depicting local life and events, and prominent among those are representations of eleven boats and ships. The representations of these ships and their context show the unique Javanese perception of the seas and the dangers of seafaring activity. It is time to introspect deeply on India’s engagement with the Indian Ocean, and our understanding of our maritime past. There is in addition a greater need to appreciate the unique cultural heritage of our neighbours and to engage with it rather than appropriating it to highlight our cultural superiority.