Both the role of Indian servicemen in the Boer War and of PoW camps on Indian soil are details largely neglected.

A camp for prisoners of war from the Boer War in Bellary. Photo: https://www.angloboerwar.com/

On the last day of May in 1902 one of Britain’s most bitter imperial wars came to an end. The Boer war was fought in South Africa as Britain succeeded, eventually, in extending control from the Cape Province and Natal to include the Boer republics of Transvaal and Orange Free State.

The British Empire won – with India’s help. Indian soldiers served in the Boer War, and a memorial in South Africa commemorates those who lost their lives. And military bases in India were brought into service as detention camps for thousands of Boer prisoners of war (PoWs). Both the role of Indian servicemen and of PoW camps on Indian soil are details largely neglected, even by military historians – but they reflect a crucial element of how Empire worked.

Unusually for a British military adventure, its opponents were European settlers rather than people indigenous to the area being fought over. The Boers were largely of Dutch farming stock; they spoke Afrikaans, still one of South Africa’s principal languages; they were Christian and white; and they were formidable fighters.

The last time Britain had taken up arms against white settlers it hadn’t gone too well – that conflict ended in American independence.

At first, the conflict in South Africa didn’t go too well either. 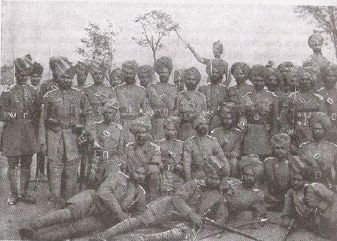 The Boers of South Africa were agriculturists – the word ‘boer’ means farmer in both Dutch and Afrikaans – and had carved a living from an often inhospitable land. They were tough, clannish and – as so often with settler communities – armed and familiar with using a rifle. They were well placed to turn to guerrilla war and that’s what they did with initial success.

Also read: On the History and Memory of the Battle of Koregaon

In all, Britain – and its colonies – deployed approaching half-a-million combatants in South Africa – almost ten times the number that the Boers and their allies (several thousand Irish volunteered to go to South Africa to fight the hated Brits) managed to muster. As well as a redoubtable military opponent, the British government faced opposition in another form – many British liberals and leftists felt the war unjust and its prosecution savage and uncivilised. These critics were often called ‘pro-Boer’. It would be more accurate to describe them as perhaps the first mass anti-war movement in the UK. 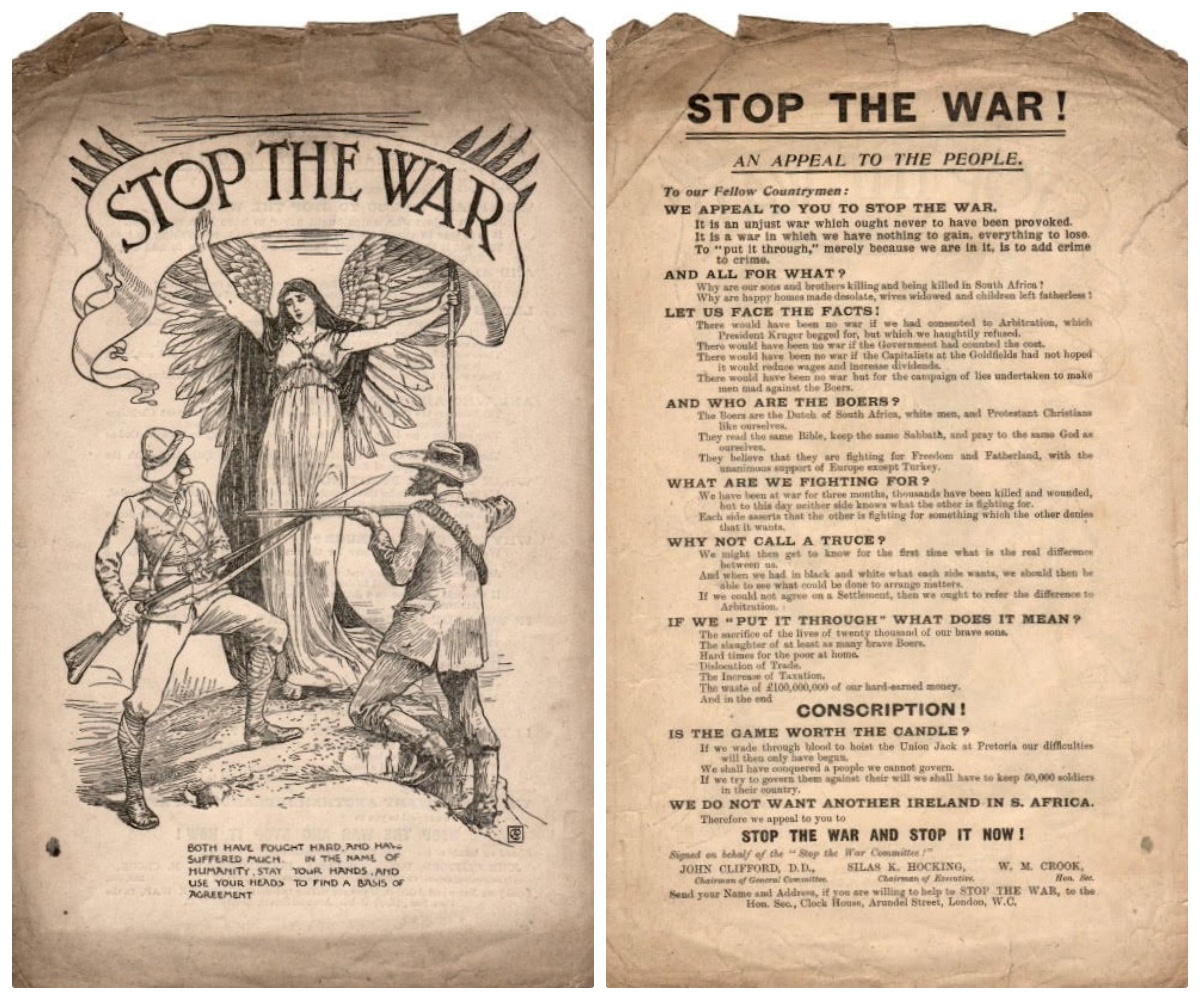 In an attempt to gain a military advantage, the British army did what imperialism so often endeavoured to do – bringing one part of the Empire into play to pacify another. Thousands of officers and soldiers of the British Indian army were deployed in South Africa, particularly cavalry units which were particularly suitable for the terrain.

Although these combatants were largely British, cavalry forces require a lot of support staff: veterinary workers, grooms and farriers. It’s been estimated that as many as 9,000 Indians were part of the military contingent that served in the Boer War. On Observatory Ridge in Johannesburg, there stands to this day a monument commemorating those members of the Indian army – soldiers auxiliaries and ‘followers’ – killed in the conflict. They were and remain the ‘forgotten Indian troops’, as the a historian has described them.

It’s not clear how many Indians had a front-line military role in the Boer War but certainly some Non-Commissioned Officers in the Indian army saw active service. Rudyard Kipling wrote a short story, ‘A Sahib’s War’, from the point of view of Umr Singh, a Sikh trooper fighting in South Africa.

Also read: Dien Bien Phu Falls: When the Sun Set on the French Empire in Indochina

In response to guerrilla attacks, British troops embarked on a ‘scorched earth’ policy. Boer civilians – particularly women and children – were herded into settlements which were so brutal and insanitary they are often described as concentration camps. An estimated 27,000 civilians died in these camps – an indelible stain on Britain’s standing in the world. Few Boer men were incarcerated in the camps because any captured were assumed to be either combatants or potential combatants. 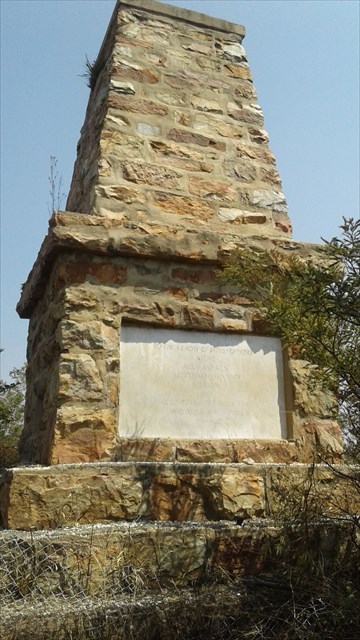 The British held a total of more than 25,000 Boer prisoners of war. Almost all were shipped out of the country to forestall rescue or escape. At first these prisoners were held on the tiny Atlantic island of Saint Helena, where the French emperor Napoleon suffered his final incarceration. When that proved inadequate, Boer prisoners were taken off to other spots marked red on the imperial map – to Bermuda in the Caribbean, to Ceylon (now Sri Lanka)and to India.

It’s quite a sea journey from South Africa to South Asia, but thousands of Boer men endured that passage. They were placed in camps across India – a long-shrouded aspect of the conflict.

My own journey of discovery into India’s hidden role in the Boer War was prompted when I came across a slip allowing a British officer access to Boer prisoners at a camp in Bellary in what is now Karnataka – a simple piece of ephemera but hugely evocative. This sliver of paper gave Lieutenant Jones of the Royal Warwickshire Regiment standing permission to enter the camp and talk to the PoWs – perhaps to interrogate the detainees and gain intelligence about how the enemy operated. It’s a marvel that such a fragile document has survived for almost 120 years. Online there are similar remnants from this concealed episode in Imperial history, among them   marvellous currency slips – of anything from a half anna to ten rupees – for use of Boer prisoners while in the Indian prison camps.

A South African website lists all the PoW camps in India – from Sialkot to Madras – and provides some details of the jail facility which Lt Jones got permission to visit:

“A camp for 821 prisoners was in operation at Bellary, in Madras Command, between May 1901 and August 1902. The men were accommodated in barracks, and tents with thatched roofs, surrounded by barbed wire entanglements. During the 15 months of the camp’s life three prisoners broke parole and were subsequently recaptured, and another was shot one night trying to escape from the hospital. Although conditions within the camp were described as generally good, the health of the prisoners was indifferent, despite having the use of a 50 bed hospital at the station: during 1902 smallpox accounted for two deaths and the hospitalization of six men.”

At the end of the war, more than 9,000 Boers were held in about twenty military camps across India. The conditions in the Indian camps were better than those facing Boer women and children back home, but about 140 Boer prisoners are buried in India. What’s not clear is whether any of these prisoners chose to remain in India, some of the Indians who served in the Boer War certainly did stay behind.

South Africa of course already had, by the time of the Boer War, a significant Indian presence. Among them was M.K. Gandhi who formed the Natal Indian Ambulance Corps – consisting largely of indentured Indians and funded by the Indian community – to help the treatment and evacuation of wounded British soldiers. Gandhi was awarded the Queen’s South Africa Medal for serving an Empire which a few decades later he succeeded in evicting from its greatest Imperial possession.