In Photos: A Flag as Old as Indian Independence

Assam's Basantika and Kanakendu Narayan Mandal have been unfurling a khadi flag every Independence Day and Republic Day since their father first bought it on August 15, 1947. 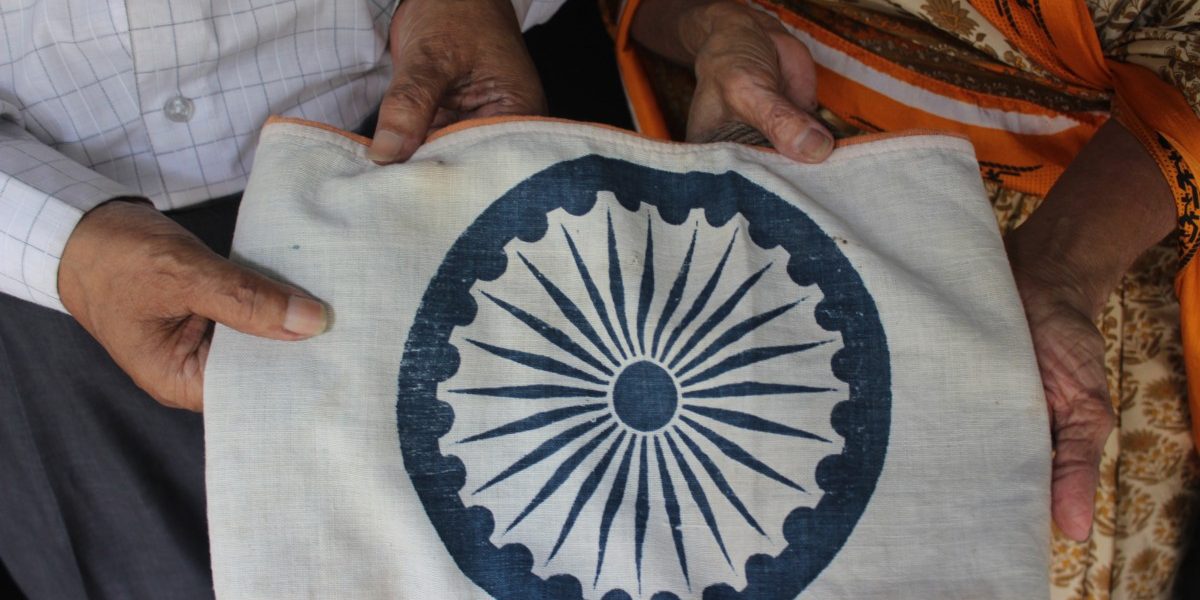 Gauripur, Assam: This tricolour flag is a part of the family heirloom that Basantika Mandal and Kanakendu Narayan Mandal, residents of Gauripur town in Assam’s Dhubri district, are tremendously proud of.

Their father, Shibendra Narayan Mandal, now deceased, was the inspector-cum-circle-officer of the town in British India. Excited about India gaining freedom on August 15, 1947, Mandal went to the market to bring home an Indian tricolour which he hoisted at his official residence in the town.

“In my father’s time, the kachari, or the local administration office, was located in what is the present circle office in Agamani in Gauripur,” recalled his son, Kanakendu Mandal, a retired teacher at the town’s Pratap Chandra Higher Secondary School.

On January 25, 1950, their father brought out the flag made of khadi to hoist it yet again to celebrate India becoming a Republic.

Since then, every Independence Day and Republic Day, Mandal would unfurl the same flag at his residence. After his death, his children, who occupy the family residence now, have carried on the tradition of hoisting the same flag.

“Every August 16, and January 27, the flag would be brought down from the pole standing in front of the house and neatly folded and kept in the almirah, only to be brought out on the next Independence Day and Republic Day. The same flag has continued to be unfurled in our house; this flag is as old as independent India and we are very proud of hoisting a flag that was brought to celebrate the first Independence Day,” added Basantika, who too retired as a teacher from the Gauripur Girls High School.

This August 15, the duo is all set to repeat the family tradition. The Wire brings to you the pride of the Mandal family through a set of images. Basantika Mandal readying the 73-year-old flag to be unfurled in front of her house in Assam’s Gauripur town this August 15. The brother-sister duo showing the photographer the charkha drawn on the khadi flag. Siblings Basantika and Kanakendu Narayan Mandal showing the flag which is as old as independent India. 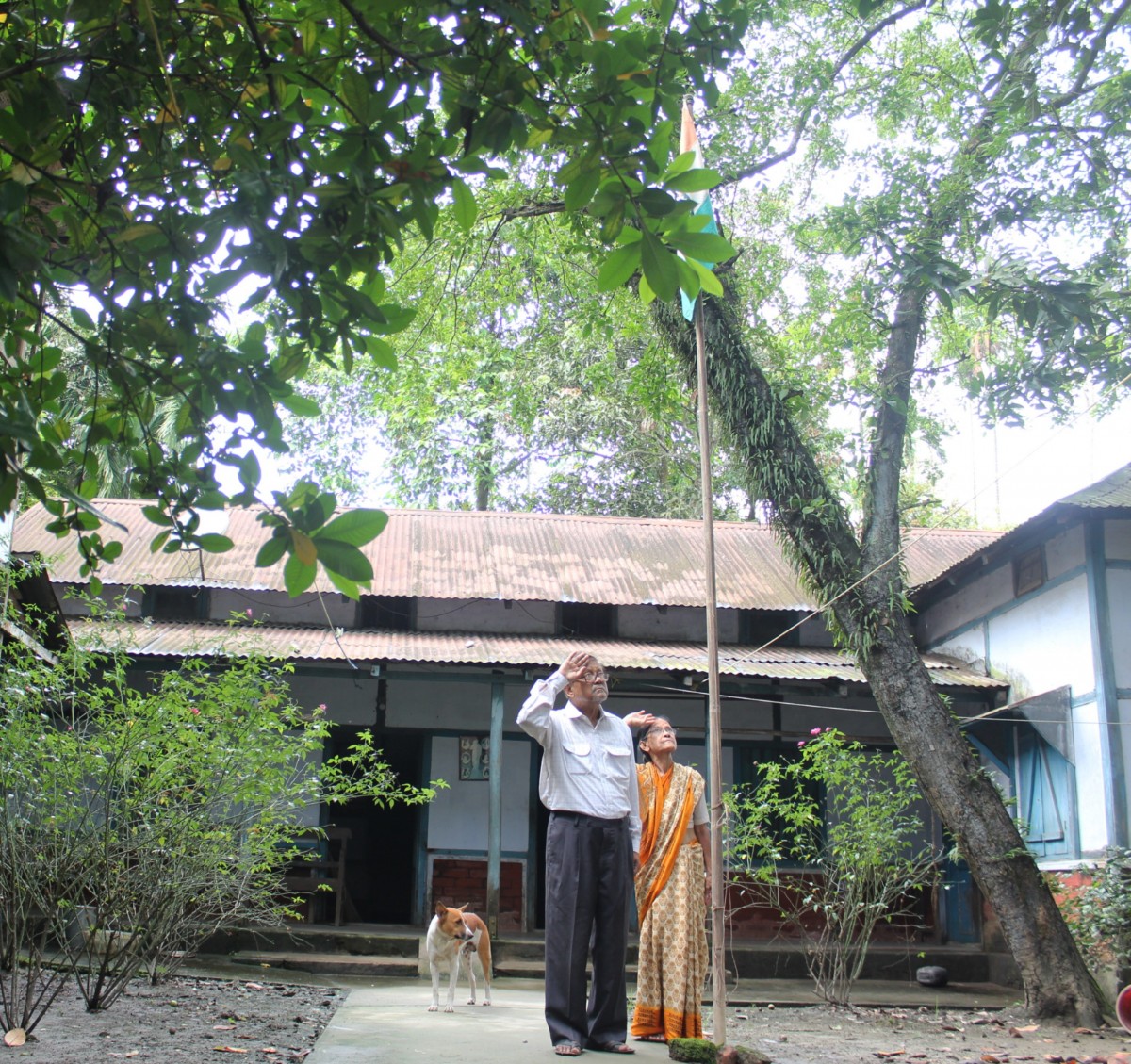 The Mandal family saluting the flag after hoisting it in front of their house. Buddha Dev Adhikary is an Assam-based photographer and a chronicler of stories. All photos in this story are by him.